An activist who has spent 40 years fighting for Rohingya rights has won $100,000 for his work, and a further $1 million to donate to charities of his choice.

Kyaw Hla Aung, a lawyer who focuses on educational and health care rights for his community in Myanmar, was announced as the winner of the Aurora Prize on Sunday. The award includes a $100,000 grant, and the opportunity to nominate three organizations to share a $1 million donation.

During a ceremony held near the Turkish-Armenian border on Sunday morning, he said he would spend the grant on “education and humanitarian affairs” in Myanmar’s Rakhine state, and added that he hoped the profile of the award would offer him some protection. He has been arrested and imprisoned multiple times for his work.

“I am in fear of arrest because this is a [situation] of genocide,” he said, pointing to the case of Ko Ni, a prominent Muslim lawyer who was assassinated outside Yangon International Airport last year.

Azerbaijan/USA: The case of Emin Aslan in Azerbaijan

On June 4th 2018 human rights lawyer Emin Aslan, an Azeri national, returned to Azerbaijan after finishing his studies in the United States. After crossing the border, seemingly without difficulties, he was taken by security forces in Baku. He was subsequently sentenced to 30 days in administrative detention for ‘disobeying the police’. His appeal was denied on Friday.

His arrest comes on top of a crackdown on human rights defenders and Azeri civil society as a whole, which started prior to and now continues after President Aliyev’s re-election last April.

Unjust detention of my friend #EminAslan continues. Letter of @RebHarms and myself from last week remains unanswered. If Emin & other HR defenders remain in jail, I will urge EP colleagues to vote against EU-Azerbaijan agreement. pic.twitter.com/EVaP1W4haV

Pakistan: Despite Acquittal Of Her Attacker, Khadija Siddiqui Emerges As Heroine In Pakistan

In Pakistan, a majority-Muslim country with a population of 220 million, Khadija Siddiqui, 23, has emerged as an icon of “resistance” against the influential elite. Since she was brutally attacked by a friend and fellow classmate two years ago, life has not been the same for the final-year law student. Siddiqui and Shah Hussain were both studying at a college in Lahore before a minor dispute created a rift between the victim and her alleged attacker.

A frustrated and angry Hussain began stalking her thereafter.

“He had been threatening me with dire consequences,” she added.

These were no empty threats.

On May 3, 2016, Hussain allegedly stabbed Khadija in the neck and chest 23 times in broad daylight in the heart of Lahore, one of Pakistan’s largest cities and the capital of Punjab province.

The suspect managed to flee the scene, leaving Siddiqui in a pool of blood. She was rushed to hospital where doctors were required to perform multiple surgeries during her three-week stay.

A few days after her release, Siddiqui identified Hussain as her attacker and he was arrested on charges of attempted murder.

Backed by her family and the Lahore-based Tehmina Durrani Foundation, a not-for-profit organization that provided Siddiqui with legal representation, she courageously stood her ground. On July 29, 2017, justice appeared to prevail as a court sentenced Hussain to seven years in prison.

However, this past March the sentence was reduced to five years. Then, Hussain, the son of an influential Lahore-based lawyer known for his strong political connections, appealed that decision to the Lahore High Court. Last week, Justice Sardar Ahmed Naeem acquitted Hussain of all charges, in sharp contrast to the judge who presided over the initial court case and found the accused guilty “without any shadow of even a minor doubt.”

Monday’s verdict was totally unexpected, shocking everyone present in the overcrowded courtroom. For her part, Siddiqui described the ruling as a severe blow to Pakistan’s legal system and contended to The Media Line just moments after the verdict that “justice has been butchered.

Panic triggered in the area after a lawyer was shot dead by some criminals in Holgarh area, here on Sunday. 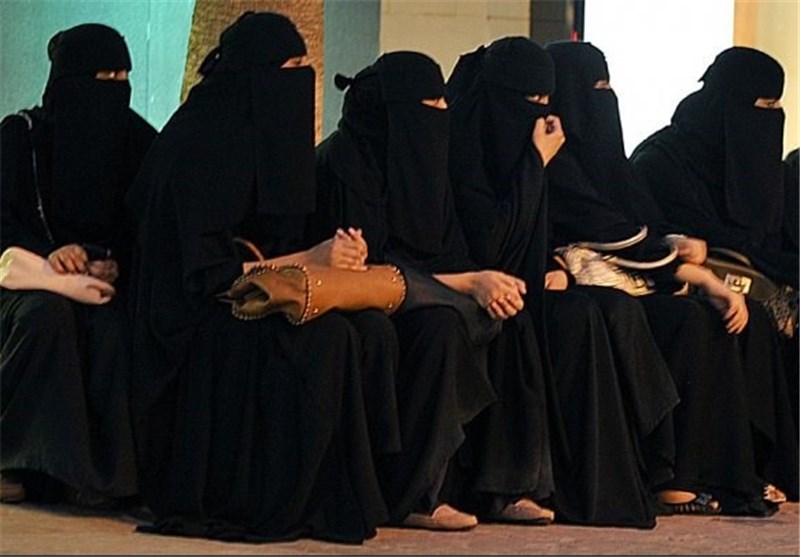 Saudi authorities have arrested two more women’s rights activist in the last three days, according to a human rights group.

ALQST, a UK-based rights group focusing on Saudi Arabia, said Mayaa al-Zahrani was detained on Saturday for a social media post in support of Nouf Abdulaziz al-Jerawi, a fellow activist arrested on Wednesday when security forces raided her home.

Al-Zahrani had also posted an article written by al-Jerawi, where the latter clarified her role as volunteering to help the oppressed by putting them in contact with lawyers and human rights groups.

“Why am I considered as an enemy of the state that threatens its security?” al-Jerawi wrote in a post that has been widely circulated.

ALQST described the detention of the two women as part of “the ongoing arrests of activists”.

“We believe the Saudi authorities are keen to suppress all activists, and all sympathy with them,” the rights group said.

The arrests were also reported by Prisoners of Conscience, a rights group that documents the arrests of Saudi nationals.

Last month, the government announced that a number of activists were being held for having suspicious contacts with foreign entities, as well as offering financial support to “foreign enemies”.

Other suspects were being sought, the government said at the time, while state-linked media labelled those arrested as traitors and “agents of embassies”.

Eight of the 17 detained activists, including five women, were later temporarily released“until the completion of their procedural review”.

None of the activists have yet been officially charged, and remain incommunicado with no access to their families or lawyers.

India: ‘Plot to kill Modi’ or state propaganda? Here are 5 questions on the probe

‘Plot to kill Modi’ or state propaganda? Here are 5 questions on the probe

Even as twitter is roasting the PM-assassination-plot theory and its proponents, it is important to note that the way this narrative is being built is exactly how state propaganda works.

At first, the state turns a blind eye to allegations leveled against its agents. When the heat begins to rise, a campaign is unleashed to reverse the narrative. Opponents of the regime are hunted, barely-provable evidence is produced from thin air and is labeled incriminating.

The state and its agencies do not wait for public acceptance of the narrative which is swiftly moving from one conclusion to the next. The complainants are eventually branded as enemies of the state, making it easy for the law to swoop down on them and for the state to manufacture public disapproval.

Sambhaji Bhide and Milind Ekbote, leaders of radical Hindutva outfits, are accused of instigating large-scale violence during a Dalit congregation in Pune’s Bhima-Koregaon on January 1 and 2 this year. The violence killed one man, besides injuring several others.

While Ekbote was arrested but is now out on bail, Bhide continues to be unreachable for the fabled long arm of the law. Meanwhile, an entire bunch of activists dedicated to fighting battles for Dalits and tribals is arrested.

A letter is produced, purportedly recovered from the laptop of the one of the accused. The prosecution lawyer reads out the letter in court after which, only the ruling party’s spokespersons get access to it. They read it out on TV and publish excerpts on social media.

The letter talks about Maoists and openly mentions information about their plans, meetings, funding as well as criminal projects. Those arrested are also promptly labeled Maoists.

Do attend rally/meeting in Kolkata against fabricated allegations and arrests of civil rights activists, lawyers, academics and others in parts of the country.

To condemn these arrests and attack on people’s struggles, the undersigned have organized a “Meet the Press” on Tuesday 12th June 2018 at 3pm at the Press Club, CSMT, Mumbai.

''And Then They Came for the Lawyers…'
Surendra Gadling is being persecuted for mastering the law well enough to win acquittals for persecuted people framed in fabricated cases. https://t.co/viwqPLn1UP

Description:
The program will discuss a disturbing legal trend where lawyers face increasing pressure from their own governments to not engage in representing certain categories of people. Typically, governments will engage in retaliatory conduct such as harassment, disbarment, surveillance, and even detention, torture, and extrajudicial killing to prevent lawyers from performing their basic functions. The program panelists will discuss relevant international legal standards aimed at protecting lawyers and judges. Panelists from Europe will discuss how the EU facilitates protections to lawyers within and without the EU. Panelists will also discuss their organizations’ work representing lawyers and ongoing challenges they face during the course of that representation. Examples of existing laws which target lawyers will be provided and discussed.