We write on behalf of Lawyers’ Rights Watch Canada (LRWC), a committee of lawyers and human rights defenders who promote international human rights, the independence and security of human rights defenders, the integrity of legal systems and the rule of law through advocacy, education and legal research. LRWC has Special Consultative Status with the Economic and Social Council of the United Nations.

LRWC has written in the past with respect to various Turkish lawyers and human rights defenders who have been detained, arrested, charged, and/or imprisoned in violation of Turkey’s international human rights law obligations and Turkey’s own Constitution. Communications to the Government of Turkey have been made by LRWC regarding the cases of: Nurullah Albayrak, Eren Keskin, Selçuk Kozağaçlı, Şebnem Korur Fincancı, Ramazan Demir, Mustafa Aydin, Can Tombul, Taner Kilic and numerous other Turkish lawyers. LRWC has also made oral and written statements to the UN Human Rights Council and submissions to the UN Human Rights Council and Special Procedures regarding widespread persecution of lawyers, journalists and other human rights defenders through prosecutions, convictions, arbitrary detentions and other grave human rights abuses in violation of international law.

LRWC has just been advised that on 16 October 2019 the İstanbul Regional Court of Justice 2nd Penal Chamber (Court of Appeals) has rejected the appeals and confirmed the sentences imposed in March 2019 by the Istanbul 37th Heavy Penal Court on lawyers who are members of the Contemporary Lawyers’ Association (ÇHD). The convictions and sentences are contrary to international human rights law, contrary to Turkey’s constitution, and contrary to basic principles of fairness and justice. The alleged crimes that underlie these convictions would not be considered crimes in any country governed by the rule of law.  We urge you to intervene to ensure the release of those sentenced and the vacation and nullification of the convictions and sentences imposed.

An international delegation of lawyers who observed the March 2019 court proceedings that imposed the convictions and sentences, concluded that the, “trial is completely null and void” and called for, “the immediate acquittal of all defendants, to be attained through all possible judicial and legal means.”[1]

Background of this Case

Egypt: Mohammed Al-Baqir: The imprisoned lawyer who turned into a symbol of justice 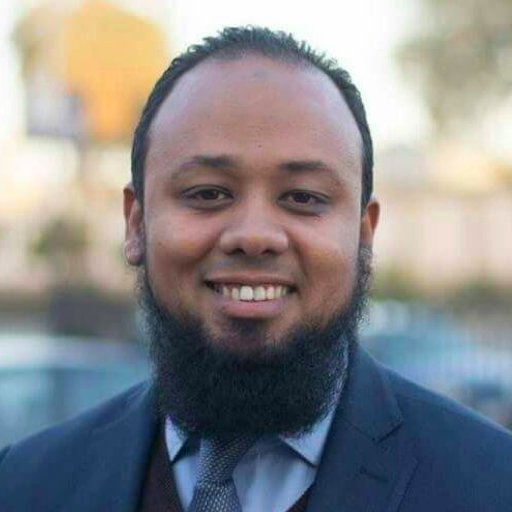 While the prominent human rights lawyer Mohammad Al-Baqir was attending investigations atthe supreme state security prosecution with the political activist Alaa Abd al-Fattah at the end of September, he was surprised that the prosecution ordered that he be detained and informed him that he is wanted under the same case.

The prosecution accused Al-Baqir of “belonging to a terrorist group, financing terrorism, spreading false news that undermines national security,” and then ordered his preventive detention. After that, he wastransferred blindfolded to al-Aqrab Prison, the prison with the worst reputation in Egypt.

Al-Baqir was physically and verbally abused, hisbasic rights were violated from the moment he entered prison. He was forced to walk while bending his back, showered by insults and abuse. He was stripped of all his belongings, even his personal hygiene items. They put on his prison clothes while he was blindfolded and he was driven to a cell while not being allowed to shower or change his underclothes for nine days. The prison administration also refused al-Baqir’s request to see the prison doctor and prevented him from buying clean food or water, his wife said.

The prosecution delayed the decision on a request made by Al-Baqir’s lawyer to enable him to visit his ill father, who was in intensive care. He died before seeing his son, but al-Baqir was allowed to attend the funeral.

Egyptian authorities are currently carrying out a systematic campaign targeting human rights lawyers who took on the mission of defending those arrested after the demonstrations of September 20, that demanded the toppling of President Abdul Fattah al-Sisi’s regime and accused it of corruption. Among the most prominent that have been arrested along with al-Baqir are Mahienour el-Massry, and Amr Imam.

Mohammed Al-Baqir: The imprisoned lawyer who turned into a symbol of justice 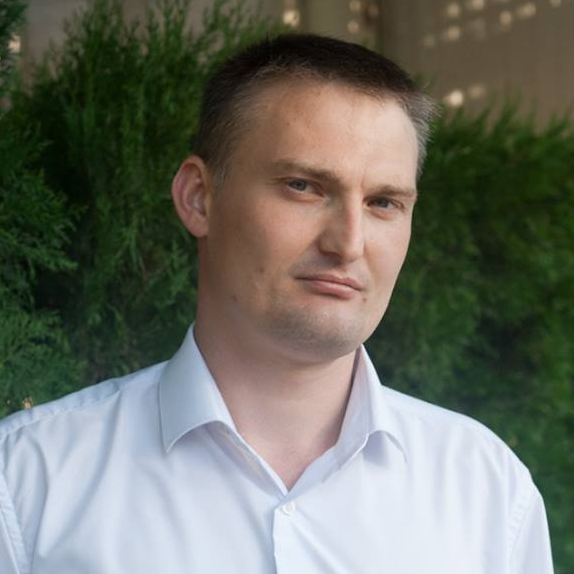 Egypt: Egypt arrests a mother who enquired after her detained son

After a lawyer, his wife and his brother were arrested from a café in Damanhour, a city in Lower Egypt, his mother and two sisters were also arrested after enquiring about his whereabouts.

According to a Facebook post written by Major General Helmi Hamdoun, which has now been removed, his son and lawyer Mohamed Helmi Hamdoun was with his wife Asmaa Daabes and brother Ahmed in a café in Damanhour when security forces stormed the café and arrested all three of them.

When Mohamed’s mother went to the police station to enquire about where her son was being held, police arrested her. An hour later his two sisters Fatima and Zeinab went to ask where their mother was and police arrested them also.

Helmi wrote: “I am at my house in Damanhour, waiting for rabid dogs to come.”

Mohamed is a member of the Dostour Party, which is part of a coalition of left-wing parties that called for the “Stay at Home” campaign, a boycott of the March elections in which President Abdel Fattah Al- Sisi ran against only one candidate who backed the general himself.

The Sisi regime has carried out a series of arrests against members of the party.

Besides journalists, activists and former detainees, lawyers have been one of the targets of this sweep. Earlier this week lawyer Amr Iman was arrested from his house after declaring he would start a hunger strike in solidarity with detained and tortured activists Alaa Abdul Fattah and Israa Abdelfattah.

Amr witnessed Alaa’s arrest: “This is a blatant violation against lawyers… lawyers are immune while working, just like judges and prosecutors. As a lawyer, I am afraid about getting arrested right now,” he said.

Mohamed Al-Baqer, Alaa’s lawyer, was arrested at the State Security Prosecution after he attended his client’s investigation session and award-winning human rights lawyer Mahienour El-Massry was arrested outside the state security prosecutor’s headquarters after representing detainees arrested during the demonstrations.

The Sisi regime has long targeted lawyers – researcher for the Egyptian Commission for Rights and Freedoms, the human rights lawyer Ibrahim Ezz Al-Din has been forcibly arrested since 11 June this year.

Egypt arrests a mother who enquired after her detained son

"More than 2,300 people – including children, human rights lawyers, journalists and politicians – have been arrested"https://t.co/G4677fOKcr pic.twitter.com/VSBrGgd0lb

Officially, father of lawyer and human rights defender Mohamed El-baker died.
Baker was arrested a week ago while he was attending investigations with activist Alaa Abd Elfattah.
So let us make a call to the Egyptian authorities to let baker burying his father.

Heartbreaking news as we learn that the father of Egyptian rights lawyer Mohamed el-Baker has passed away. Baker was arrested on Sept 29 while attending the questioning of Alaa Abdel Fattah.

Tweet #خرجوا_باقر_يدفن_أبوه to demand his release to allow him to bury his father. https://t.co/wQ693TICbq

EGY 008/ 1019 / OBS 081Abduction / Enforced disappearance /Physical assaultThe Observatory for the Protection of Human Rights Defenders, a partnership of FIDH and the World Organisation Against Torture (OMCT), requests your urgent intervention in the following situation in Egypt.
Description of the situation:The Observatory has been informed by reliable sources about the abduction and enforced disappearance of Mr. Amr Imam, human rights lawyer at the Arabic Network for Human Rights Information (ANHRI), and the physical assault of Mr. Gamal Eid, ANHRI’s Director.

According to the information received, on October 16, 2019 at dawn, Mr. Amr Imam was abducted by police officers from his home in Cairo. While Mr. Amr Imam managed to publish a brief post about his arrest on Facebook, the security forces then refused him his right to make a phone call to his lawyer or family members. At the time of publication of this Urgent Appeal, Mr. Amr Imam’s fate and whereabouts remained unknown, despite attempts to locate him. In the previous days, Mr. Amr Imam had publicly announced his intention to start a hunger strike to denounce police abuses, including multiple cases of abduction and enforced disappearances, acts of torture and ill-treatment as well as the lack of accountability from the of police officers for their crimes.

Moreover, on October 10, 2019, Mr. Gamal Eid was beaten repeatedly with the butt of a gun by an unknown attacker who stole his cellphone, tried to steal his backpack and fired a shot in the air while fleeing the scene with an accomplice who had a motorcycle. The beatings resulted in a fractured rib and bruises for Mr. Gamal Eid. The incident happened on main street and during busy hours (between 6 and 8pm). The Observatory fears that this act constitutes an act of harassment targeting Mr. Eid for his human rights activities.

The Observatory recalls that the abduction of Mr. Amr Imam comes a few days after the abduction, torture and arbitrary detention of journalist Esraa Abdel Fattah [1], as well as the arbitrary detention and torture of blogger Alaa Abdel Fattah and his lawyer, Mohamed Al Baqer [2]. Other human rights defenders and lawyers were also arrested in this last wave of arrests, such as women’s rights defender Asmaa Dabees [3] and human rights lawyer Mahienour El Massry [4].

El-Baker is a Humanitarian lawyer who was arrested from State Prosecution due to his work, and now placed in Scorpion prison. @gamaleid @freedom202010#الحرية_لمحمد_الباقر#السيسي pic.twitter.com/X3Bc2ZEzCv

Gamal Eid is already on travel ban and asset-freeze

He was reportedly stopped in Cairo by NS security officers (without reason); mobile and paper taken away (stolen) under gun-threats

300 UN recommendations spurned by the Egyptian government; 12 demands must be urgently implemented before next month’s UPR