Armenia: Protest in support of arrested attorney Erik Aleksanyan to be held in Yerevan

Lawyers will go on strike in Yerevan to show support for arrested attorney Erik Aleksanyan, his colleague Zhirayr Gharagyozyan said on Monday.

Aleksanyan was remanded into custody on 19 October as part of a criminal probe also involving judge Arusyak Aleksanyan and her assistant.

“Aleksanyan’s legal team will issue a statement soon. I am asking for the legal community’s support for the further processes and their active engagement. In particular, a collection of signatures and a strike for at least a few hours will be held,” Karagyozyan told a press conference.

“Masked officers threw him to the ground. The practice we have repeatedly criticized was used against our colleague, who obviously had no intention to do anything illegal,” the lawyer said.

“They staged a mask show to intimidate other lawyers,” he added.

Armenian lawyer Anna Hakobyan was stabbed Friday in the Netherlands by three Azerbaijanis. Vahe Balbabyan wrote about this on Facebook.

“She is currently undergoing surgery at the hospital. Her condition is not clear yet. The dogs [i.e., the aforesaid Azerbaijanis] were arrested on the spot,” Balbabyan added.

Later he added: “One of our friends talked to Anna, the surgery was completed successfully, Anna is still weak, but I am sure everything will be fine. God be with you, dear Anna.”

An investigation has been launched against the Diyarbakır Bar Association over its statement “We share the grief for the Great Calamity”.

Released on April 24 Armenian Genocide Remembrance Day, the statement is now facing an investigation by the Diyarbakır Chief Public Prosecutor’s Office. Accordingly, the Bar Association Chair and the members of its executive board are charged with “degrading the Turkish Nation, the State of the Republic of Turkey, the institutions and bodies of the state.”

Diyarbakır Bar Association Chair Nahit Eren has made a brief statement about the investigation on his social media account.

“We will keep on defending our statements befitting our values in a manner befitting the same historical values.”

Bar prosecuted for the same reason before

The Diyarbakır Bar Association held a press statement in front of the Tahir Elçi Conference Hall on April 5 Lawyers’ Day and shared its report regarding the judicial pressures on lawyers with the public.

According to the data shared in the report, “taken together with the Bar Association Chair and Executive Board members on duty in the 2016-2020 period, at least 69 lawyers from the Bar faced at least 78 investigations due to their institutional and professional activities in 2020.”

Some of these legal proceedings were launched into the Diyarbakır Bar Association’s statements about April 24:

Armenia’s Justice Ministry and national bar association have drafted a bill that would make it a crime to insult lawyers or threaten them and their family members with violence.

The move results from angry public reactions to high-profile court cases involving former senior government and military officials accused of corruption. They have also targeted lawyers representing some of those former officials, including Manvel Grigorian, a retired army general prosecuted on corruption charges.

Last week one of Grigorian’s lawyers, Arsen Mkrtchian, was confronted outside a court in Yerevan by protesters furious with his client’s recent release from pretrial detention. Some of those protesters verbally abused Mkrtchian and spat at his car.

Armenia’s Chamber of Advocates condemned the incident and demanded stronger government protection of its members dealing with sensitive criminal cases. The chairman of the bar association, Ara Zohrabian, said earlier this week that failure to do so would put lawyers at risk of serious physical attacks.

The resulting bill drafted by the Justice Ministry and the Chamber of Advocates calls for criminalizing slander, insults and threats voiced against lawyers. All forms of libel were decriminalized in Armenia about a decade ago.

Not all Armenian lawyers agree with the proposed bill.

Turkey/Armenia: Lawyer says he could be victim of assassination attempt by ‘deep forces’ 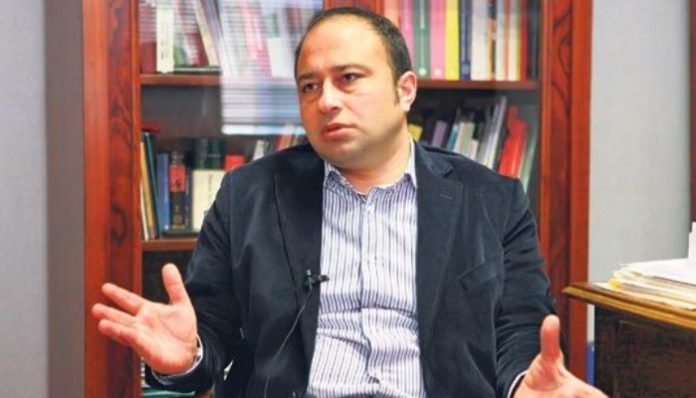 A lawyer who is known for taking on the cases of Armenians has said he is being followed by suspicious people and fears that he could become the victim of an assassination attempt by “deep forces” in Turkey, the artıgerçek news website reported on Friday.

Lawyer Erdal Doğan posted some photos on Twitter on Thursday that showed two suspicious people in front of his law office in İstanbul on Dec. 24. Doğan said these two people were seeking information from reception as to when he comes to work and leaves and whether he would drop by his office that day as well as what his phone number was. These people, he said, come several times a day and try to gather information on him.

The lawyer said he notified the İstanbul police about the suspicious individuals and was given a security guard.

In remarks to artigerçek, Doğan said he was contacted by a suspicious person two-and-a-half years ago who told him to take on a specific divorce case, saying, “I have learned that you are accepting the cases of Armenians.”

The lawyer said he received death threats over social media when he joined as a co-plaintiff lawyer in the trial of the suspects in the Zirve Publishing House murder trial.

The chief prosecutor’s office in the southeastern province of Diyarbakır has launched an investigation into several statements made by the former head and the members of the Diyarbakır Bar Association, Duvar news site reported on Thursday.

The prosecutor’s office launched the investigation under the Article 301 in the Turkish Criminal Code, which states that it is illegal to “insult Turkey, the Turkish nation, or Turkish government institutions.”

The bar association said in a written statement that the investigation was related to several press releases and reports of the institution. One of the press releases was made on April 24, 2017 to mark the anniversary of the deportation of Armenian intellectuals from Istanbul in 1915.

The association is also being investigated for using the work “Kurdistan” in a press release criticising a parliamentary disciplinary action against Osman Baydemir, a former deputy of the People’s Democratic Party (HDP) and former mayor of Diyarbakır.

The prosecutors accuse the bar association of “failing to recognise the Kurdistan Workers Party (PKK) as a terrorist organisation” in a report that examined the deaths of two Turkish civilians, a father and a son, in 2017. The civilians were reportedly hit by an armed dronebelonging to Turkish military in a rural area in the southeastern province of Hakkari.

The lawyers of former Armenian president Robert Kocharyan, who is currently under arrest, have reported threats made against them.

One of the lawyers, Hayk Alumyan, said that he began receiving threats as soon as he agreed to help defend Robert Kocharyan.

He quoted one of the threats: “You will be punished. You are a traitor to the nation. You will be convicted with Robert. You came out against the people, and we know where you live.”

Former president of Armenia Robert Kocharyan has been accused of ‘overthrowing the constitutional order’, which refers to the events of 1 and 2 March 2008. After the presidential elections of 19 February 2008, supporters of the first president of Armenia, Levon Ter-Petrosyan, came out in protest, demanding that the election results be re-examined. They claimed that Ter-Petrosyan had won and not Serzh Sargsyan as was announced by the Central Election Committee. Robert Kocharyan, still president at the time, imposed a state of emergency, and on 1 March 2008 the police and the military were brought in to disperse the protesters. Ten people died.

Alumyan says that law enforcement agencies know about the number of threats being made on social media networks, but have decided not to take any steps to punish guilty parties. He also believes that the threats made against him and other lawyers are an attempt to exert direct influence and pressure on the trial.

“I have never seen lawyers subjected to something of the sort. For me, these are signs of dangerous precedents. Everybody says there will be no pressure on the trial. And I see that there truly is no pressure from the side of the authorities. But if the courts are placed under severe pressure by the publix, then what’s the difference? The judge overseeing the trial would still feel pressured.”

Human rights advocates and colleagues of the lawyers have expressed their support.

Hundreds of lawyers have gone on strike in Armenia, protesting a draft law they say ‘targets lawyers’. The bill would allow judges to fine them for contempt of the court. The lawyers began a two day strike began on 7 February.

The bill has faced criticism as lawyers fear it will be used to limit their rights during court hearings. It would allow judges to fine them by up to ֏100,000 ($210).

The bill was drafted by the Government and passed its first hearing in parliament in November, according to Azatutyun, RFE/RL’s Armenian Service. Armenian law already penalises contempt of court, but the draft would introduce additional fines exclusively for lawyers.

Azatutyun quoted Justice Minister Davit Harutyunyan, the author of the bill, as saying that these provisions had now been removed from the bill.

But according to them, Harutyunyan ‘made clear the amendments will be incorporated into another code’, the Procedural Code, which they plan to amend later in 2018.

In an 8 February statement, the Chamber of Advocates of the Republic of Armenia, which organised the protests, said ‘there is no need to establish a judicial penalty for lawyers separately’. The Chamber is a non-profit organisation claiming almost 2,000 members.

Armenia: Advocate Vahe Grigoryan About the Problems of Independence of the Armenian Bar

The statement of advocate Vahe Grigoryan about the problems of independence of the Armenian Bar made in the framework of the 09.03.2018 Conference on the Current Challenges and Opportunities of the Bars and Law Societies of the Council of Europe Member States

I would like to skip the issues relating to the organisational aspects of today’s event, including the strange role of the President of the Bar Chamber in them to save time and to focus on what is most important to us.

I will start by thanking the experts invited to this event by the co-organisers for their readiness to share their interesting and informative opinions with us.

Given the fact that this is the first event in Yerevan with the participation of the interested organisations, including the ‘opposition advocates’ (please note that this label was given to us by the President of the Chamber and not me or any other colleague of mine), I would like to draw the attention of the present to a number of problems the Armenian Bar faces today.

Around 30 advocates have already applied to the Council of Bars and Law Societies of Europe (CCBE) expressing their conerns about a number of serious problems the Bar faces today and we look forward to hearing the positions of this and a number of other international bodies on solutions to these problems.

We are of the position that the President and the Board of the Armenian Bar Chamber have in fact transformed this professional self-regulated body into an instrument  in the hands of the Armenian Government with a view to subjecting it to a type of oversight, which is contrary to the standards enshrined in our Constitution and the relevant national and international instruments for regulation of the legal profession.