Nasurllah Warriach senior advocate was gunned down today morning at Murala, a village situated on the outskirts of Mandi City.

Police reached the spot and moved the dead body to DHQ Hospital Mandi Bahauddin for autopsy.

The lawyers in the Mandi Bahauddin district struck the work as a protest over the poor law and order situation.

They demanded of the police to register FIR under the relevant law and arrest the accused. The investigation should be transparent, they further stressed demanded.

A man was arrested for murdering his lawyer after losing a case in Multan, the police said on Tuesday.

The suspect, identified as Faizan, had filed a petition in court and approached advocate Sabir Qureshi to fight the case for him.

“Faizan was furious when he lost the case and in this anger, he murdered Qureshi and his elder brother,” the investigation officer said. The suspect was helped by his friends in the crime.

“The men broke into Qureshi’s house, tortured him and his brother, and then murdered them,” the officer said, adding that they tried to set the bodies on fire but failed to do so.

Faizan was caught four days after the crime. His accomplices are, however, on the run. An FIR has been registered.

Tarnol police have registered a case (FIR No. 04/2021) under Section 365 of PPC against unknown people and are investigating, reports The News International.

Mohammad Safian Saeed Dar lodged a written complaint stating that he lived in G/16-3 with his son Hamad Saeed Dar, reported the newspaper.

“I asked the person about his identity through the intercom. He identified himself as DSP Tariq of CDT and told me that he wanted to meet my son. I opened the door after getting consent from my son. When I opened the door, ten people were standing with that person who introduced himself as DSP Tariq. However, three people accompanying the DSP entered the house and sat in the living room to wait for my son,” Dar told the newspaper.

Tarnol police have registered a case under Section 365 of PPC, reported the newspaper.

Police have started investigating the case.

Pakistan: After lawyer’s ‘abduction’, IHC reiterates concern over ‘abysmal state of law and order’ in Islamabad

The Islamabad High Court (IHC) on Monday once again expressed concern over the “deteriorating law and order situation” in the capital after a lawyer was allegedly abducted from his home by unidentified individuals before being released two days later.

Advocate Hammad Saeed Dar, who was taken away from his home in the early hours of Saturday, appeared in the court today to detail the ordeal he allegedly went through.

The case was heard by IHC Chief Justice Athar Minallah, who had taken up a petition filed by Dar’s father seeking his recovery. The court had earlier ordered Dar’s recovery by Monday (today) in a notice to the interior secretary and Islamabad inspector general of police.

Speaking to reporters at the court, Dar said the bell of his house located in the Tarnol area was rung at around 1:30am on Saturday. Around 12-15 people standing outside told his father that they wanted to meet Dar.

Although only two of them were invited inside, 10 individuals allegedly forced their way into the house and apprehended Dar as soon as they spotted him, the lawyer said.

He alleged that his personal belongings including his laptop and cell phone were confiscated and he was blindfolded and taken away in a car. He was driven around in the car for about half an hour before being taken to a room where he was detained.

Dar said he could not identify his alleged abductors and did not know “what they wanted from me”.

The Islamabad Bar Association (IBA) on Wednesday observed strike in a protest to condemn the murder of senior member Shah Alam Baber.

The lawyers didn’t appear before the courts whole day due to which most of the cases were adjourned without further proceedings.

IBA’s Secretary Nabeel Tahir Mirza said that this incident had exposed the weaknesses in security arrangements in Federal capital. He demanded the law enforcement agencies to early arrest the accused involved in killing of bar’s senior member and brought him into justice. He said that the whole legal fraternity was standing with the victim family at this crucial time. The lawyers would hold protests if the accused would not be arrested soon, he concluded.

The legal fraternity of Hazara division Monday observed a complete strike to protest against the murder attempt to a lawyer of Karak.

The KPK bar had given the call to protest against the murder attempts of Arsala Khan advocate of Takt Nasarti Karak, like other districts of KPK, lawyers of the Abbottabad, Haripur, Mansehra and Battagram bar councils have also observed a complete boycott of courts.

The protesting lawyers have asked the provincial government to provide security to the lawyers in the courts and offices and arrest the accused.

According to the details, in the area of Takt Nasarti Karak a local lawyer Arsala Khan advocate who was going home when unknown persons attempted to murder him but survived.

No lawyer appeared before the court which left visitors, especially those approaching from far-flung areas in lurch.

“Despite repeated appeals, the authority concerned turned deaf ears to our request of framing a specific law for protecting lives and goods of lawyers community ” they said while expressing concern. 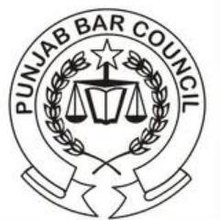 Punjab Bar Council strongly condemns the cruel act of accused Nazar Fareed etc in which they kidnapped & brutally tortured Mrs. Irshad Nasreen Advocate depalpur. This inhumane act of the above persons is Unlawfull & highly immoral. Bearing in mind the very fact that the victim is a female advocate this act is highly condemnable. The Punjab Bar Council demands urgent action to be taken on this sensitive issue by the law enforcement agencies and the concerned officials.