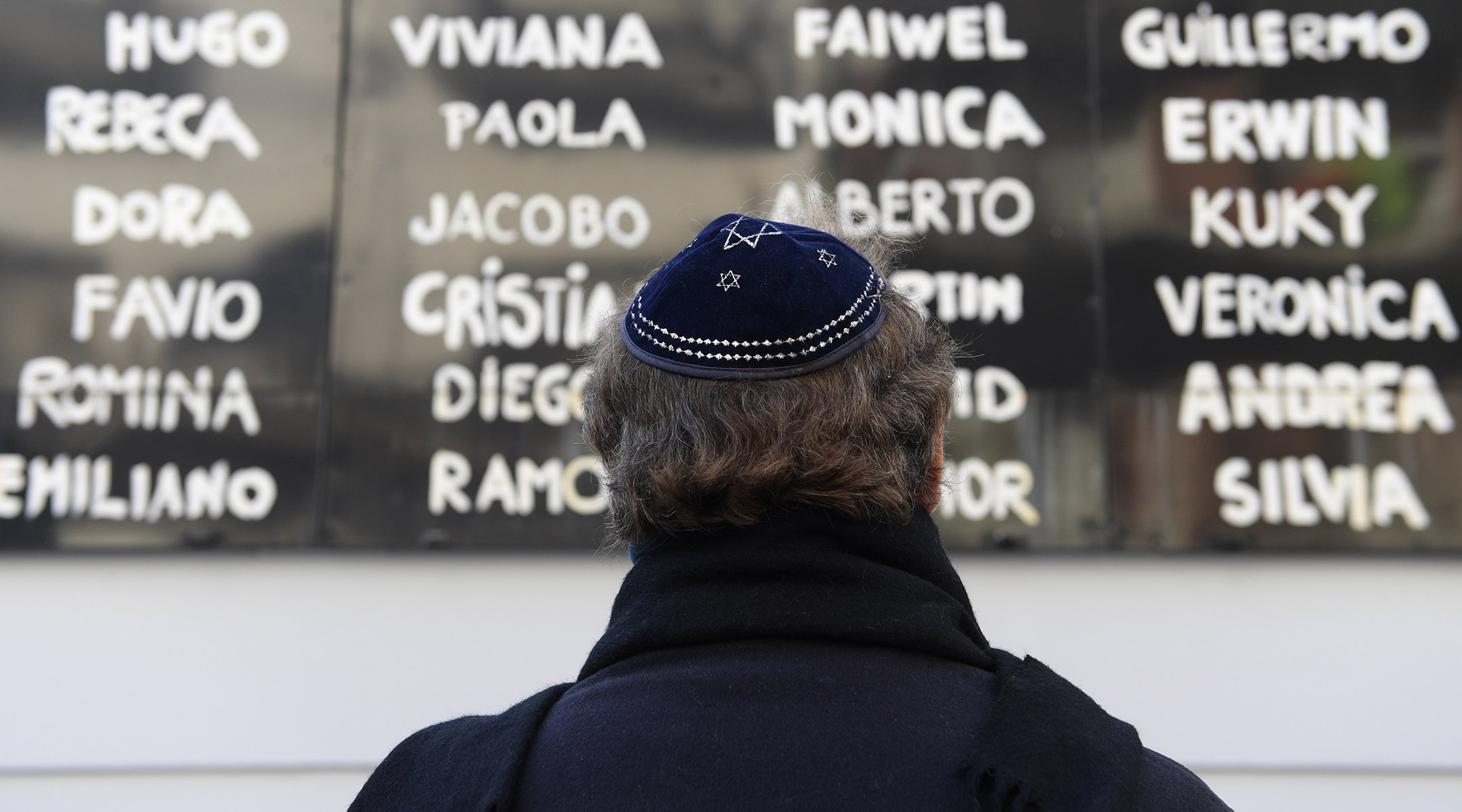 In any crime against a community, certain things must happen to provide some measure of healing and redemption.

But as we approach the 25th anniversary of the horrific bombing of the AMIA Jewish center in Buenos Aires, Argentina, these necessary steps have not taken place.

Despite years of activity and rhetoric, justice has not been achieved for the victims, their families and Latin American Jewry — 85 people were killed and 300 injured. Argentines have not been brought together in solidarity with the Jewish community, and the government has not instilled a measure of confidence that such a devastating event will be prevented from ever happening again.

Because of this reality, a feeling exists all these years later that the terror is being relived constantly rather than being put behind them.

Early on, it became clear that Iran, through its terrorist proxy Hezbollah, was responsible for the bombing. Hezbollah had been active in the anarchic border among Argentina, Paraguay and Brazil known as the Triple Frontier.

Interpol made clear that it suspected high-level officials in the Iranian regime as being the masterminds of the plot. In 2007, red alerts were issued for former Foreign Minister Ahmad Vahidi and other Iranian officials. Disappointingly, Interpol did not issue similar alerts for former officials such as Ali Rafsanjani, Ali Akbar Velayati and Hadi Soleimanpour, the ex-ambassador to Argentina.

Meanwhile, different Argentine governments and judiciaries mismanaged or politicized the matter and never truly followed up to bring those responsible to justice.

The investigation reached a low during the presidency of Cristina Fernandez de Kirchner between 2007 and 2013. A special prosecutor, Alberto Nisman, was appointed and, according to reports, he allegedly found Kirchner and other members of her government guilty of complicity with the Iranians to cover up the Iranian role in the bombing. The day before Nisman was scheduled to issue his findings, he was found dead in his apartment.

Kircher’s government quickly claimed it was a suicide, but it soon became apparent that Nisman had been murdered.

Argentina, Iran, and the Enduring Mystery Surrounding the Death of a Special Prosecutor

The AMIA terror attack on the social services hub of the Argentine Jewish community remains the largest terrorist attack in Latin America.

Next month will mark the 25th anniversary of the bombing of the AMIA building in Buenos Aires, which took the lives of 85 people and injured more than 300. The attack on the social services hub of the Argentine Jewish community remains the largest terrorist attack in Latin America. Memorial services marking a quarter century since the attack will begin this month.

To this day, justice has not been served to the victims and their families.

For three years in the wake of the attack, the judge heading the inquiry produced 22 arrests – mostly Buenos Aires provincial policemen – and a trial that, in the end, amounted to nothing more than a diversionary wild goose chase. A representative of our organization attended every day of the nearly three-year trial.

But the stench of a cover-up hovered over those proceedings. Not-guilty verdicts were handed down for those brought to trial, and the judge was later impeached for attempting to bribe a witness to give testimony incriminating police officers and for his general mishandling of the case. He was summarily removed from his post.

But what did come out of early scrutiny of the attack was the unmistakable hand of the Iranian regime. At first, it was studied speculation, but by 2006, two prosecutors in the case officially put the finger on Tehran. Operatives connected to the Iranian embassy in Buenos Aires were identified, but at that point, they all had made their way out of the country.

The case was turned over to two new prosecutors, Alberto Nisman and Marcelo Martínez Burgos, who in 2007 brought the matter to Interpol. They had requested that “red notices,” or arrest warrants, be issued to nine suspects, including former Iranian president Ali Rafsanjani, former Iranian foreign minister Ali Akbar Velayati and former Iranian ambassador to Argentina Hadi Soleimanpour. Interpol’s executive committee let those three officials off the hook, choosing instead to issue notices for the other six suspects.

Years passed, but Nisman, now working alone, pressed ahead. In 2015, he was ready to release evidence that a deal had been negotiated at the highest levels of the two governments, which would see Tehran deliver oil to Argentina in exchange for food, weapons and a pledge to convince Interpol to drop the red notices on the terrorist suspects.

On the eve of this information being shared in the Argentine Congress, Nisman was found dead, from what the authorities called a suicide. Doubt immediately surfaced, given the nature of the charges Nisman was about to bring. Subsequently, the mysterious circumstances of Nisman’s death have become clarified, and evidence points to him having been murdered.
…

At 9:53 a.m. on July 18, 1994, in Buenos Aires, Argentina, a suicide bomber in a Renault van detonated more than 600 pounds of explosives near the entrance to AMIA (Argentine Israelite Mutual Association in English), a five-story center that has, for generations, provided and sponsored a variety of crucial services for the largest Jewish community in Latin America.

The terrorist killed himself and 85 people who were in or near the Jewish center and injured hundreds. In the nearly 25 years since, there have been trials, accusations, public demonstrations, private lawsuits, volumes of testimony, videotaped bribery, at least one suspicious death and countless articles about Argentine malfeasance and the suspected involvement of Iranian, Hezbollah and Hamas officials. To date, no one has been convicted.

“Justice” and “impunity” were key words in a symposium about the incident, held on Feb. 21 at Southwestern Law School in Los Angeles. The event, “25 Years After Argentina’s AMIA Bombing: Justice vs. Impunity,” featured American and Argentine speakers, mostly attorneys, many of whom have been personally involved in unsuccessful attempts to fully learn the facts and hold the perpetrators and their allies responsible, whether in Iran, Lebanon, Syria or Argentina.

The first half of the symposium took place in a large classroom. Around 50 people attended. Each presentation was followed by critiques from experts and questions from the audience. One of the presenters was Gastón Chillier, an Argentine attorney and human rights activist, who spoke from Buenos Aires via Skype. He summed up the current state of the investigation, saying, “As of this day, Argentines do not know what happened.”

Israeli and Jewish leaders on Friday marked the fourth anniversary of Argentine federal prosecutor Alberto Nisman’s murder by unveiling a memorial plaque in his honor at the Ben Shemen forest in central Israel.

Nisman’s body was discovered in the early morning of Jan. 19, 2015 — hours before he was due to unveil a complaint against the former government of President Cristina Fernandez de Kirchner over its alleged collusion with Iran in effectively exonerating the Islamic Republic of responsibility for the 1994 bombing of the AMIA Jewish center in Buenos Aires, in which 85 people were murdered and more than 300 wounded.

Nisman had been investigating the AMIA atrocity since 2005, with his efforts resulting in the global law enforcement agency Interpol issuing six “red notices”  in 2007 for the Iranian and Lebanese Hezbollah operatives believed to have planned the attack.

Kirchner’s government falsely maintained that Nisman’s assassination was a suicide until an independent police investigation in May 2017 established beyond doubt that the prosecutor had been murdered. More recent efforts within Argentina to bring Kirchner — who is now a senator — to trial over both the alleged AMIA cover-up with Iran and Nisman’s murder have so far failed. 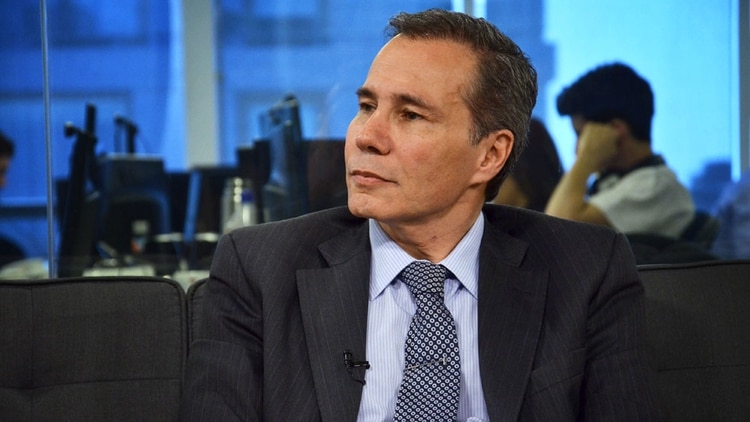 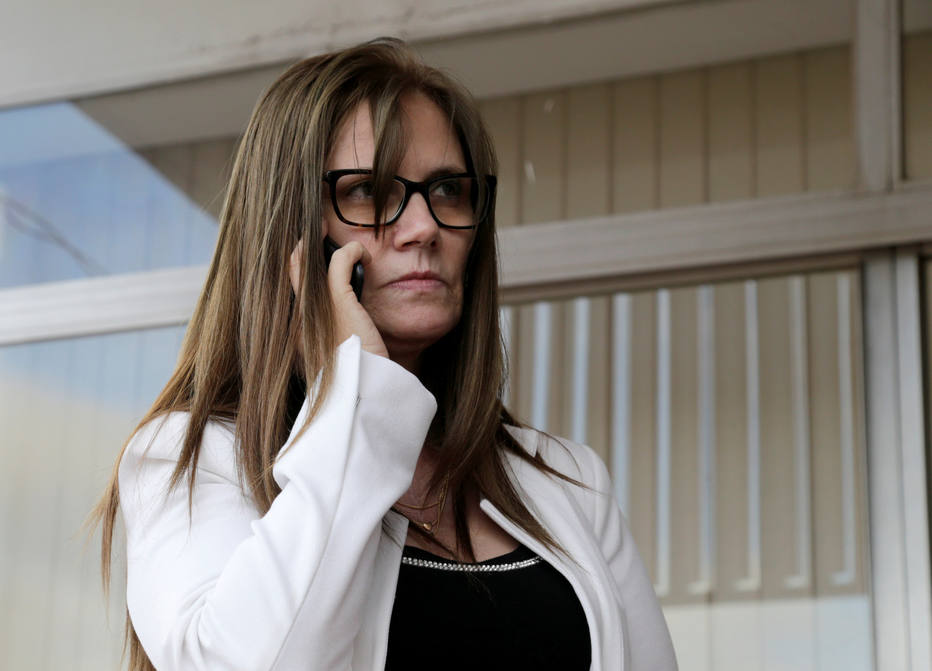 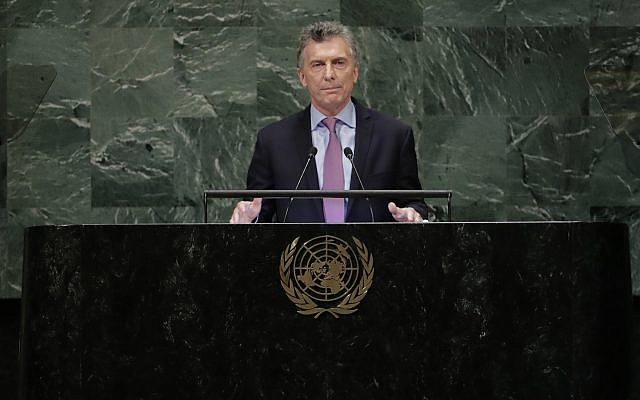 Argentina’s president spoke against global terrorism and remembered the victims of the 1992 and 1994 attacks in Buenos Aires in his address to the United Nations General Assembly.

Mauricio Macri also called on Iran to cooperate in the investigation of the 1994 AMIA Jewish center bombing, which killed 85 and injured hundreds. The late Argentinian prosecutor Alberto Nisman established that Iran was responsible for organizing the bombing, which was carried out by a Hezbollah suicide bomber.

“We suffered two serious attacks in 1992 and 1994, which claimed the lives of 107 people and hundreds wounded,” Macri said Tuesday in his address to the international body. “Our country will not cease in its objective: to get all the people involved in the attacks to appear before Argentine courts, to be interrogated and eventually convicted.