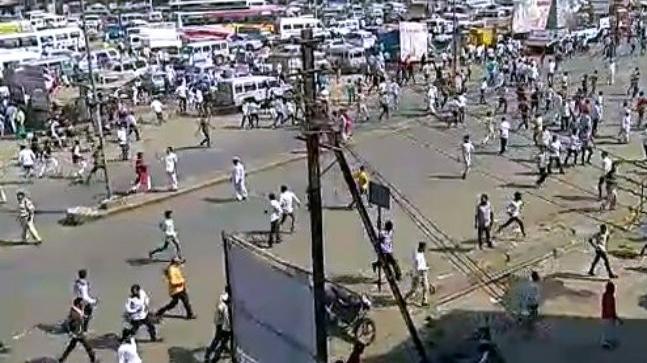 A press conference was organised in Mumbai to demand release of five people arrested in Bhima-Koregaon violence case.

Retired Justice BG Kolse-Patil, senior advocates Indira Jaisingh and Mihir Desai
were speakers at the event. They alleged that government was using police machinery to create false cases against those who speak against government.

Patil, who was one of the organisers of the Elgar Parishad, where the plan for protest on Bhima-Koregaon issue was planned, said “Modi and Shah are exposed fully by Justice Sawant in 2002 riots. People with communist ideologies are being harassed. These people (arrested accused) were working for the poor people and they are innocent.”

Referring to assassination of PM letter recovered from Rona Wilson, Patil said that letter is fabricated and will not stand as evidence in the court.

Devendra Fadnavis: We demand release of Advocate Surendra Gadling and other human rights activists – Sign the Petition! https://t.co/xrvq7cLKK0 via @UKChange

90 NGOs including LRWC call on the EU to reject the proposed free trade agreement until Viet Nam releases all political prisoner, including Nguyen Van Dai, and ensures rights to expression and association.

We, the undersigned organizations, urge European Union member countries to reject the pending free trade agreement with the Socialist Republic of Vietnam.

After the European Parliament’s emergency resolution on Vietnam last December, it would be a disgrace if European countries were to ratify free trade with a country that is one of the world’s worst enemies of freedom of expression, freedom of the press, and freedom of association. Over the last year, the Vietnamese authorities have arbitrarily detained scores of peaceful activists and bloggers. Just in April 2018, the Vietnamese authorities conducted five political trials and sentenced ten courageous human rights defenders and bloggers to harsh prison sentences of up to 15 years in prison for peacefully exercising rights to freedom of expression and association. In prison, torture and mistreatment are routinely used to extract confessions and force detainees to plead guilty. It is not unusual for prison officials to deny detained activists appropriate medical treatment.

The European External Action Service condemned the 5 April 2018 conviction and sentencing of Nguyen Van Dai, Le Thu Ha, Pham Van Troi, Nguyen Trung Ton, Nguyen Bac Truyen and Truong Minh Duc, stating these individuals “have peacefully advocated the promotion and protection of human rights as guaranteed by the Vietnamese Constitution, the Universal Declaration of Human Rights, and the International Covenant on Civil and Political Rights. Their sentences are in direct breach of these international obligations, which Vietnam has itself signed up to, and which the European Union expects full respect for.”

On Saturday June 9, Mohammad Najafi, a human rights lawyer, was tried at branch 102 of the Criminal Court number 2 in Arak, central Iran.

He was tried on charges of disturbing public order through unrest and controversy. And also for unconventional movements such as slogans and publication of false and untrue facts in order to disturb public opinion.
Najafi was arrested on January 15, 2018, by Intelligence Ministry agents after he revealed that Vahid Heydari, 22, was beaten at the 12th Police Station in Arak before his death in early January.
Vahid Heydari died in a cell at a police station in Arak, in Iran’s Central Province. Iranian authorities portrayed his death as “suicide,” charging that he was “a drug addict in possession of illegal substances” at the time of his arrest.
Consequently, when a member of parliament said that Najafi has conducted research that proved Heydari was neither a drug addict, nor a dealer, the Iranian Judiciary charged the lawyer with several accusations.
Najafi was released on bail in the city of Arak on April 17, 2018.

“As I’m speaking to you right now, there are four warrants against me,” he added. “I have been a lawyer and writer for years and during this time I have been repeatedly charged and acquitted. The authorities themselves have told me that they are trying to grind me into oblivion.”

A four-member murdered an advocate’s in here on Monday morning. Police identified the deceased as Radhakrishnan, 60, father of advocate Sampathkumar of Pulianthope.
Radhakrishnan was going to a teashop when the gang members, who came on two-wheelers, hacked him to death with sickles.

Police said there was enmity between Sampathkumar and the gang. The advocate was helping police by providing information about the gang.

Further investigations were on.

A circular issued in 2014 bars the authorities from disclosing specific details about an investigation until the chargesheet has been presented in court. On June 6, shortly after the Pune Police arrested lawyer Surendra Gadling, professor Shoma Sen and activists Mahesh Raut, Sudhir Dhawale and Rona Wilson for alleged Maoist links, Deputy Commissioner of Police Ravindra Kadam called a press conference where he explained the police investigation against the five and the accusations against them in minute detail. The five were arrested in connection with an “Elgar Parishad” in Pune on December 31, which Kadam claimed was funded by Maoist outfits and led to violent Dalit-Maratha clashes in the village of Koregaon-Bhima on January 1.

On June 7, before the five were even presented in court, two letters – purportedly recovered from them – that discussed a plot to assassinate Prime Minister Narendra Modi made their way to select media houses and television channels, where they were intensely debated.

These twin actions of the Pune police are in blatant violation of the law.

To be clear, there is no statutory provision that prohibits the police and prosecutors from disclosing details of the accused and the witnesses or the status of an investigation to the media till the chargesheet is filed. This is because barring media access to the police and their actions would amount to denial of information and be tantamount to unconstitutional press censorship.

However, it is also a fact that it has become standard police practice (or rather, malpractice) to discreetly and selectively leak to the media information that has the potential to prejudice the public’s mind and even influence judicial outcomes in sensitive and high-profile cases. 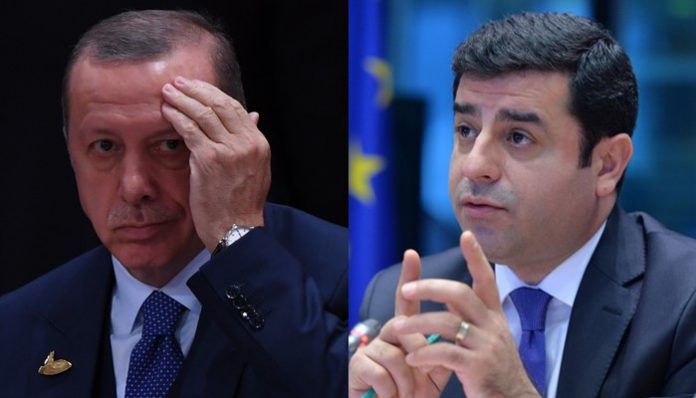 Erdoğan accuses Demirtaş of responsibility for the deaths of 53 people during street protests in 2014.

“This man [Demirtaş] is under arrest now? Yes, that’s all. Indeed, the judiciary must make its decision as soon as possible,” Erdoğan told a crowd during an election rally in Kocaeli on Sunday.

“As I said before, if parliament has had voted to bring back the death penalty, I would have approved it immediately,” Erdoğan replied.

Refusing calls for Demirtaş’s release to enable a fair presidential election, Erdoğan in the eastern province of Adıyaman said on June 1: “Who are you releasing? The person in jail [Demirtaş] has the blood of 53 citizens on his hands.”

Demonstrations began in Turkey’s Southeast in reaction to efforts by Islamic State in Iraq and the Levant (ISIL) militants to besiege Kobani, a Kurdish town in Syria. The protests later morphed into fierce clashes between pro and anti-Kurdistan Workers’ Party (PKK) groups in which 53 people were killed.

Demirtaş was the HDP’s co-chairperson when he was jailed on Nov. 4, 2016 along with several other party deputies as well as the party’s other co-chairperson, Figen Yüksekdağ. 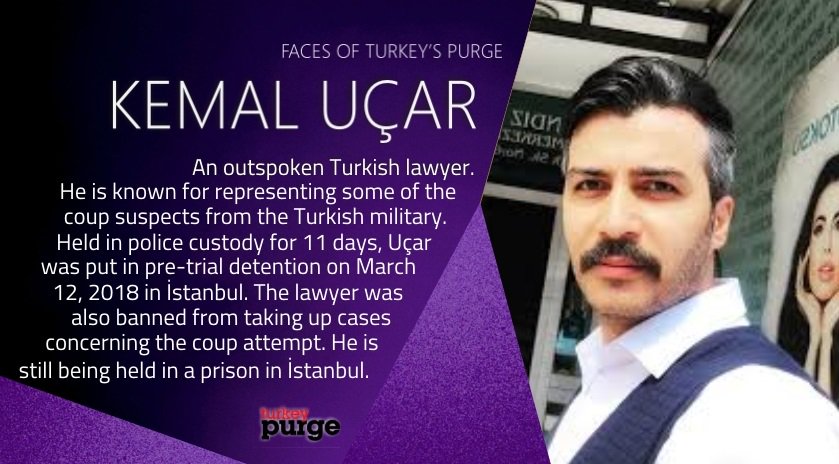