this is just in: #EminAslan sentenced to 30 days in administrative detention acc. to the lawyer Elchin Sadigov #Azerbaijan

Sentencing #EminAslan to administrative detention for bogus disobedience charges is nothing new for #Azerbaijan, but a well-documented way of silencing gov't critics. Authorities should immediately allow him access to his lawyer & family & investigate his due process violations!

Youth activist Emin Aslan detained on June 4 was arrested for 30 days on charges of disobeying the police. This decision was made in the evening of June 5 by the judge of the Narimanov district pic.twitter.com/yaRM44ZFLN https://t.co/DeR4le86fA

Terrifying news: My former colleague at NIMD, Azeri Fulbrighter Emin Aslan, was kidnapped in Baku by the security forces, known for torture practices! He recently graduated from the Syracuse University & went back to Baku! @FulbrightPrgrm @IIEglobal @USEmbassyBaku @hrw @amnesty pic.twitter.com/nWKiTFwwte

Emin Aslan was my student for the last 2 semesters at SU. I can't say enough about him as a superb student & colleague who excelled in his course of study, He is one of Azerbaijan's "best & brightest" with a tremendous future ahead for his country & the South Caucuses region. https://t.co/jP6Raq3iIm

On 30 March 2018, Istanbul’s 2nd Criminal Court of First Instance sentenced human rights defender Eren Keskin to 7.5 years in jail for having published articles deemed to have “degraded” the Turkish nation and “insulted” the Turkish president. The articles had been published in the daily newspaper Özgür Gündem (“Free Agenda”), of which she was co-editor-in-chief at the time. Özgür Gündem was closed on 16 August 2016 as a result of a statutory decree issued under the State of Emergency.

On 4 June 2018, the ninth hearing of the Özgür Gündem “Main Trial” was held. Former editor-in-chief of Özgür Gündem, Eren Keskin is one of nine defendants in the case. During the hearing the court requested that the prosecutor prepare a statement for the next hearing, which is scheduled for 20 October 2018. Her lawyer’s request to lift the travel ban on the human rights defender was refused by the court.

Eren Keskin is a prominent human rights defender and lawyer in Turkey. She is the vice-president of the Human Rights Association (İHD). She is also the founder of the Legal Aid Bureau against Sexual Harassment and Rape in Custody. Keskin has been arrested, imprisoned and the object of numerous lawsuits for her legitimate and peaceful work in the defence of human rights.

Freedom of speech + a strong + independent press are of primordial importance. I hope that #ErenKeskin and the eight co-defendants will receive a fair trial that does justice to the precious asset that is the freedom of the press. #Turkey #HumanRights https://t.co/v7jVTzOgbO

#ErenKeskin I am a #humanrights defender and co-president of #İHD. I acted as editor in chief for solidarity.
There are 143 cases against me.#JusticeWatchTurkey 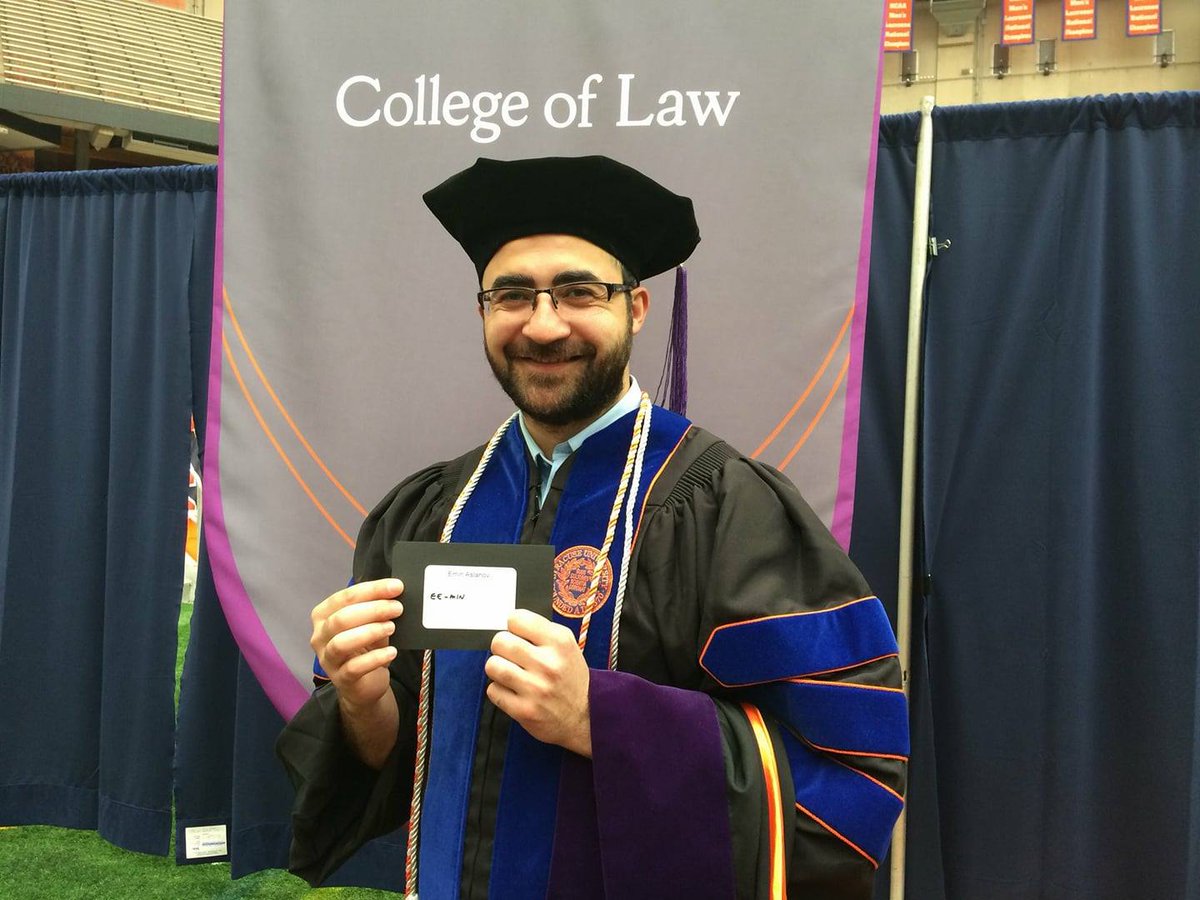 Azerbaijani lawyer Emin Aslan, who prepared for Azerbaijani citizens a number of complaints to the European Court of Human Rights (ECtHR), was detained in Baku and taken away to some unknown destination, the “Caucasian Knot” was informed by Anar Mamedli, the head of the Election Monitoring and Democracy Studies Centre (EMDS). According to him, several days ago, Emin Aslan returned from the United States, where he studied at the Syracuse University College of Law.

At about 5:30 p.m. on June 4, Emin Aslan was detained in the centre of Baku in front of a shopping and entertainment centre in Primorsky Boulevard. Till present, his relatives or colleagues are still not aware of his whereabouts, Anar Mamedli reports.

“Three persons in civilian clothes approached Emin. At first, they greeted him. They asked if he was Emin. Then they asked him to step aside, and after that forced him inside a Mercedes car with 90 XG 017 state registration plates and took him away to some unknown destination. Meanwhile, the people in civilian clothes did not introduce themselves,” Anar Mamedli said.

The activist noted that before studying in the US, Emin Aslan was engaged in human rights activities.

“Emin prepared for Azerbaijani citizens a number of complaints to the European Court of Human Rights. In general, he showed his civic activity and criticized the authorities,” Anar Mamedli said.

So, #EminAslan was sentenced to 30 days of administrative detention for disobeying police order. Administrative trials are perfunctory in #Azerbaijan violating fundamental due process rights: he had no lawyer of his choice & no effective defense. His lawyer can't see him even now https://t.co/NRShtdGXmv

this is just in: #EminAslan sentenced to 30 days in administrative detention acc. to the lawyer Elchin Sadigov #Azerbaijan

#EminAslan held at Office for Combating Organized Crime, his lawyer has not yet been allowed to meet him. https://t.co/cJA2qVLISk

Emin is my student–he is an excellent person and wise student. He graduated only recently. Please help keep the pressure on Azerbaijan by retweeting this and keeping his profile high. https://t.co/r29Xk5ZYEp

Meanwhile, Emin's deactivated facebook account was activated this morning. As well as his whatsapp account has been periodically online today, according to his fiancee. Which likely means his phone being examined. pic.twitter.com/PZI2r0gmgz

#EminAslan is being held in Main Department for Combating Organized Crime of the Ministry of Internal Affairs, said laywer Elchin Sadigov. He was not allowed to meet the lawyer. #Azerbaijan pic.twitter.com/VSYwVwOEMT

The department hasn't made an official statement yet, but it's confirmed to Emin Aslan's lawyer that he is being held there. However, the lawyer still not allowed to meet Emin and no further information was given.

#EminAslan kidnappend in Baku #Azerbaijan yesterday on June 4, reportedly being held at the Department to Combat Organized Crime – an institution notorious for torture and other means of intimidation. Emin’s Facebook acc.has also been activated pic.twitter.com/dGXXVavf7g

UPDATE: #Azerbaijan Ministry of Interior's Organized Crime Unit confirms they have #EminAslan, but refuse to grant his lawyer a permission to see him. This leaves an impression that the authorities are purposefully keeping Emin out of sight! This has to stop! #FreeEminAslan! https://t.co/7fDKpcb9jJ

It is now confirmed. @Julidemun has been kidnapped by the Department to Combat Organized Crime. The Ministry of the Interior must respond. #EminAslan https://t.co/LOPFXCd7N1

Emin Aslan, holds a bachelor degree from the Baku State University Law Faculty. After graduating in 2008, Emin worked in Azerbaijan with a number of local non-governmental organizations as a lawyer. In 2017, Emin successfully secured a scholarship to Syracuse University where he pursued his LLM degree. He received his masters in 2018. Outside of his work as a lawyer, Emin is known for his writing and translation works. Emin returned back to Azerbaijan on May 30. On June 4, at around 5.30pm local time, he was approached by plainclothes men while out with his girlfriend. The men first confirmed Emin’s identity and then, asked him to step aside. He was asked to proceed with them to the police station. Emin did not object. His fiancé was left near Park Bulvar, which is a mall on the Baku waterfront. He was put in a car, that is now known to belong to a man named Mehman Teymurov. Teymurov was an employee at the Department to combat drugs and was later mentioned as an employee of the Department to combat organized crime at the Ministry of the Interior. If you know a little bit on Azerbaijan, then you would also know that this place is notorious for torturing its captives. There are no grounds for Emin’s arrest. Although he was previously accused of tax evasion at the time of his work with some of the NGOs in Azerbaijan, he has paid all his dues and has no history of criminal record. He has been missing since the moment he has been put in that car. Emin’s lawyer, as well as his friends and former colleagues, have searched for him across multiple police stations unable to locate him. At this point, the conclusion is that he has been kidnapped and is held illegally. [Updated June 5, 2018] There is now confirmed that Emin is being held at BandOtdel- Department to Combat Organized Crime. His Facebook account has been activated.

The Philippines: Another slain prosecutor becomes 10th killed since 2016

The fatal stabbing of Office of the Ombudsman Assistant Special Prosecutor Madonna Joy Ednaco-Tanyag, who was five months pregnant, has shocked the nation. Fueling the public’s grief and anger is the memory of the prosecutors slain in recent years.

Tanyag 32, was found lying by her car with four stab wounds after purchasing milk tea along Visayas Avenue in Quezon City on the morning of June 4, 2018.

She was rushed to the East Avenue Medical Center but passed away.

Authorities have apprehended a suspect: Angelo Galvez Avenido, who was found possessing items belonging to the victim.

While the suspect is set to be charged with robbery with homicide, a Facebook post by Tanyag’s widower Cris revealed that Tanyag had been working on a graft and corruption case a month before she was killed. 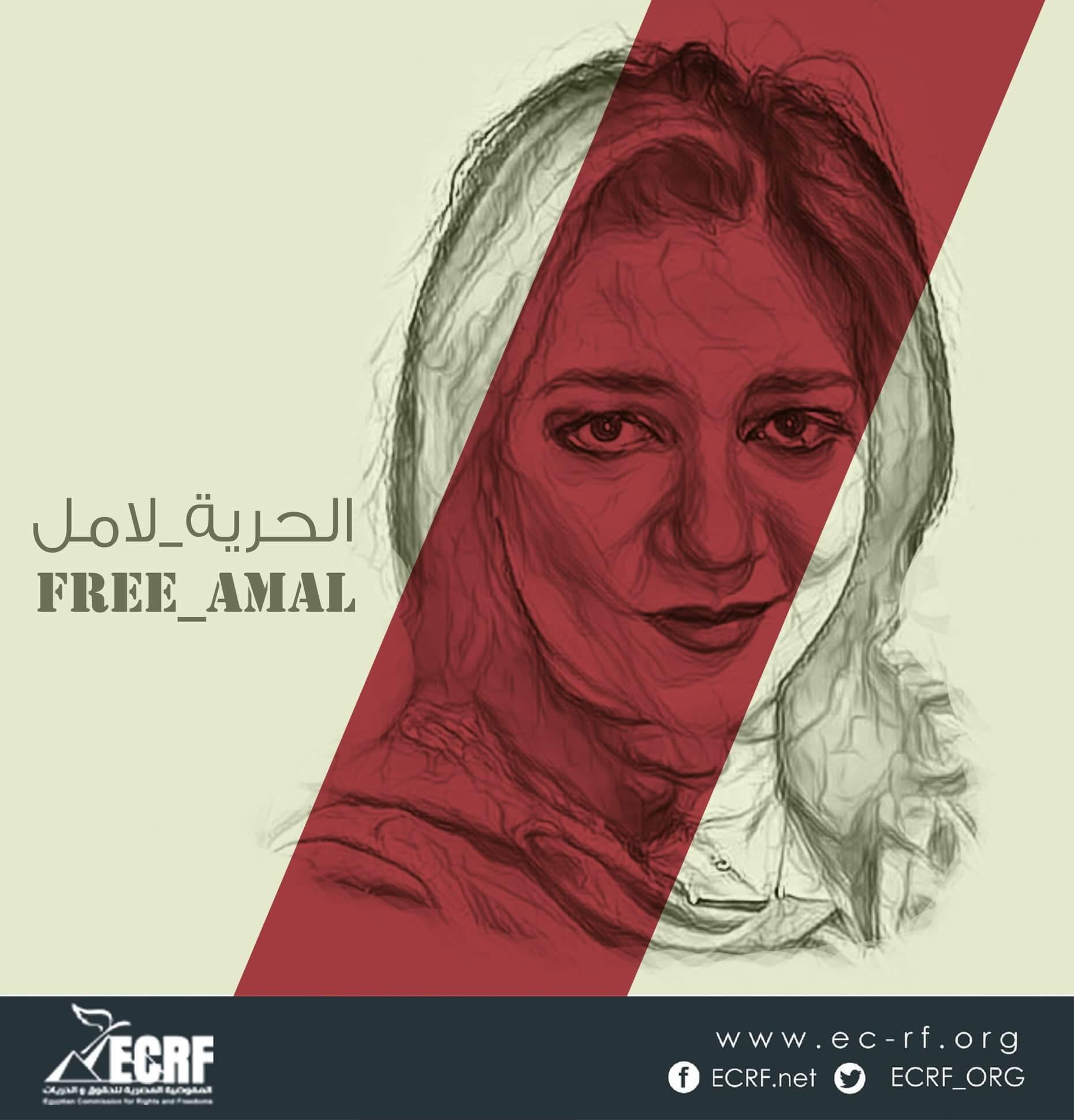 Another human rights defender is arrested today.
Emin Aslan is a lawyer. He represented me in several Freedom of İnformation litigations and libel cases when he was one of the lawyers of Media Rights Institute. Three days ago he completed his studies in Syracuse university and came to Azerbaijan.
He is engaged and was planning to marry. Today, he was kidnapped in front of his fiancee, forced to the car and taken in unknown direction. The car, that he was forced to belongs to Mehman Teymurov – officer of Bandotdel – Anti Organized Crime Unit of Interior Ministry – the unit that is notorious for tortures.
Emin Aslan is a human rights defender and he was also mentioned in the famous NGO case which caused arrest of Intigam Aliyev, Anar Mammadli, Rasul Jafarov and myself in 2013-2014. Possible arrest was the reason why he left the country. He thought it might be safe now. No it isn’t.

Azerbaijani lawyer Emin Aslan has been detained by plainclothes police in Baku. Still no information where and why he's being held. Emin recently got his LLM degree from University of Syracuse in the US and returned to #Azerbaijan 4 days ago. pic.twitter.com/r5SwJnilAF

My fiance Emin Aslanov was taken by 3 people while we were in the boulevard today at around 17:30 p.m. Before going to the car, Emin informed that he is going to the police. https://t.co/qj2ElFBcvi

Our former colleague #EminAslan who just finished his studies in the US and returned home was abducted in Azerbaijan. He is the great citizen of his country & did a lot for Azeri youth when he worked with us. We will follow this very close and make every effort to support him. pic.twitter.com/d9pvGPx0gS

The car which #EminAslan was forced belongs to Mehman Teymurov, officer of Bandotdel-Anti #OrganisedCrime Unit of Ministry of Internal Affairs, the unit that is notorious for tortures.Teymurov was former officer in Drug Enforcement Department.1 more #politicallymotivated arrest. https://t.co/TEsMQiJY6n

Human rights lawyer Emin Aslan, graduate of one of the best schools in the U.S was kidnaped by the regime. #Azerbaijan #LandOfTorture

RT @Khadija_Ismayil: Another human rights defender is arrested today.
Emin Aslan is a lawyer. He represented me in several Freedom of İnformation litigations and libel cases when he was one of the lawyers of Media Rights Institute…. https://t.co/7CK17tbXEk

Human rights lawyer #EminAslan was abducted in #Azerbaijan. He had just returned back after finishing his education in US. He was detained in central part of Baku by plain clothed people. Police "does not know" his whereabouts. pic.twitter.com/Y0W5L5HJwV 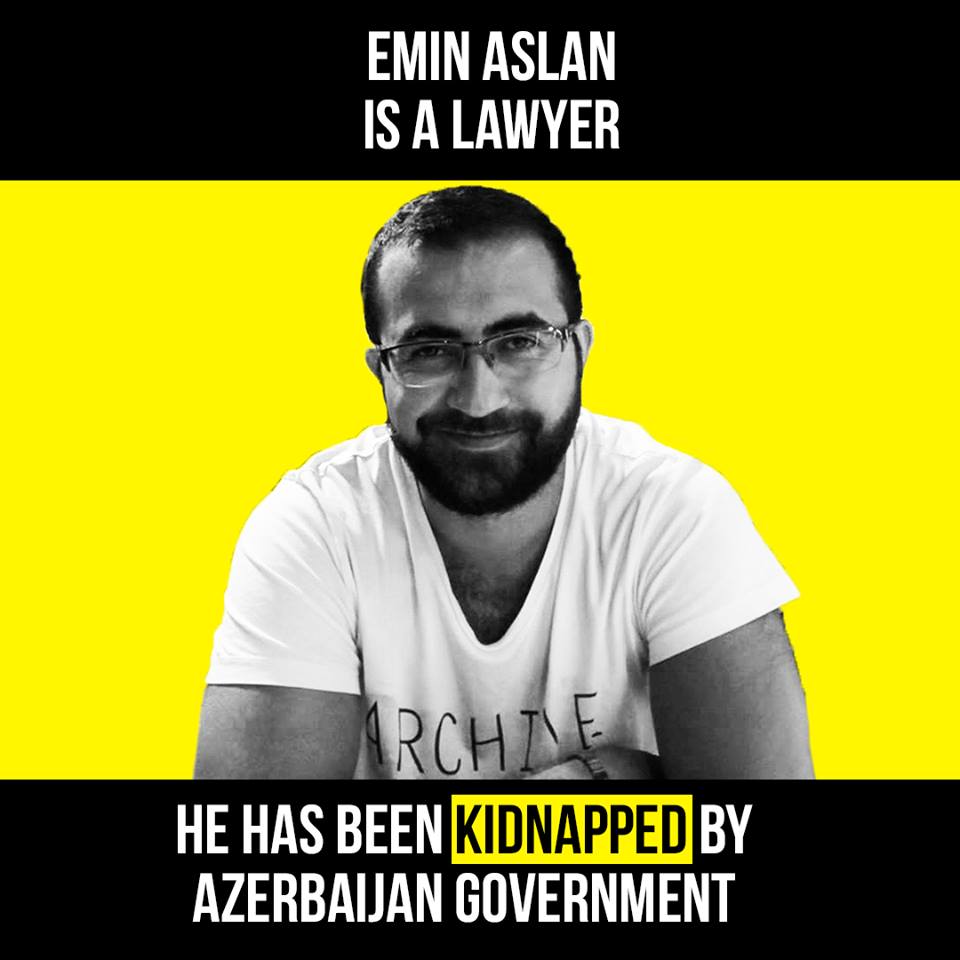 (N.B. Human rights lawyer Nasrin Sotoudeh (photo) states that a number of lawyers are prepared to protest on this issue.)

For the past 7 years, lawyer Abdolfattah Soltani has been serving a 13-YEAR prison sentence for representing activists & minorities in Iran. Iran's Intelligence Ministry continues to block the release of this brave human rights advocate. https://t.co/LSitobhVz8. #FreeSoltani pic.twitter.com/faLea5FUHq

🔳#Unjust_Justice!! #Judiciary became too powerful & over the #law;

It needs to be exposed –every single day– for its #HumanRightsViolations till it is stopped & all #unjustly_Imprisoned Released;#FreeNarges;#FreeSoltani