The Observatory for the Protection of Human Rights Defenders, an FIDH-OMCT partnership, in collaboration with the Paris Bar and Human Rights Centre “Viasna”, today released a report documenting restrictions on the independence of lawyers in Belarus. Based on an investigation conducted in January 2018, the report criticises the executive power’s stranglehold on the capacity of lawyers defending cases which the authorities consider to be ‘sensitive’ to practise their profession.
In Belarus, lawyers defending cases considered by the authorities to be ‘troublesome’ are generally exposed to retaliatory measures which can culminate in their expulsion, against a background of changes to the legal framework that have gradually placed Belarusian bars, and lawyers themselves, under the direct authority of the Ministry of Justice. Such retaliatory measures are often initiated following repression by the authorities of large-scale protests, as in 2010 and 2017.

In the course of the past few years, the bars have been stripped of their primary function, which is to guarantee independence and ensure the regulation of the profession. Access to the profession and its organisation now fall under the almost exclusive competence of civil servants in the Ministry of Justice.

EU affairs ministers pressed the Polish government on Tuesday for several hours over its controversial judicial reforms. The hearing, a first in the history of the European Union, was constructive, in the words of European Commission Vice President Frans Timmermans.

In December, the European Commission opened for the first time an Article 7 procedure against Poland, in response to the judicial reform led by the Conservative government, which the EU executive fears will threaten the rule of law and make the judiciary susceptible to political influences. In theory, the full application of article 7 could lead to the suspension of Poland’s voting rights in the Council; however, Hungary’s right-wing leader Viktor Orban, has said the he will veto any such measures.

Tuesday’s hearing is the first part of the procedure, which may result in a suspension of Polish voting rights in the various councils of the European Union. After a presentation by the Polish executive that Mr Timmermans described as “detailed”, each Member State had the opportunity to ask two questions during a “constructive” and “unprejudiced” interview, added the Vice-President of the Commission.

That does not mean, however, that the European Commission now believes that threats to the rule of law are unfounded, Mr Timmermans warned.

Resolution of the General Assembly of the Justices of the Supreme Court 🇵🇱 28.6.2018 pic.twitter.com/2ERZJ8XLoy

The procedure would target 🇵🇱Poland for setting the retirement age for supreme court judges at 65, which effectively allows the government to dismiss serving judges above that age.

An Indian woman who’s leading a fight for justice for the family of an eight-year-old victim of gang rape and murder in Kashmir was honoured at a community event in Surrey on June 24.

Deepika Singh Rajawat is legal counsel for the family of Asifa Bano, a Muslim nomad girl who was abducted by Hindu extremists in January. The horrific crime was part of a conspiracy to create fear in the minds of Muslims and force them to flee Kathua region in the Indian-administered area.

The body of Asifa, as she’s know by in India, was later found in a forest. The forensic evidence and police investigation established that she was held captive for several days inside a temple, sedated, and raped before being murdered.

The story did not end there. The arrests of the suspects, including a special police officer, sparked angry protests from those with allegiance to India’s ruling Hindu nationalist Bhartiya Janata Party.

They wanted those arrested to be released. So much so, they hoisted the Indian national flag during a march in support of the alleged perpetrators.

Rajawat has been facing threats on social media for standing up for Asifa, whose brutal rape and murder caused worldwide outrage. There have been angry protests in Canada, too.

In addition, Rajawat has also faced hostility from many male lawyers, including those defending the accused.

She was in Surrey to attend an annual community fair organized by Trinjan, a progressive group of women that’s been active in the South Asian community for many years. Amy Ghuman Sara, who has been instrumental behind Trinjan, is known for raising awareness for gender equality.

Deepika Singh Rajawat speaks at about 55:00

Turkey: Weird case of Amnesty’s Kılıç: Turkish prosecutor could not find a crime, court could not release

Taner Kılıç (49) is a Turkish human rights advocate. He is one of the founders of Amnesty International’s (AI) Turkey Branch. He has been running the duty of being the Chairman of Board of Executives since 2014. Kılıç, who is father of three children, is one of Turkey’s most knowledgeable human rights advocates on the refugee law and one of the most respected human rights activists. He has tried to raise awareness and public awareness on refugee issue through articles he wrote for numerous newspapers and conferences he has given.

Together with Taner Kılıç, the honorary chairman of Amnesty International Turkey Branch who was detained on Jun. 6, 2017 over alleged links to the Gülen movement, İdil Eser, Amnesty’s Director for Turkey, Özlem Dalkıran and Nalan Erkem, the members of the Yurttaşlık Derneği (Citizenship Association), İlknur Üstün from Women Coalition, Veli Acu and Günal Kurşun from the Human Rights Agenda Association, foreign instructors Peter Steudtner from Germany and Ali Gharavi from Sweden, and Nejat Taştan, the General Coordinator of the Association of Equal Rights Watch and Şeyhmuz Özbekli, a representative of the Rights Initiative have been tried with a demand of sentence for 15 years of imprisonment for allegedly “helping an armed terrorist organization” and “becoming a member of an armed terrorist organisation.”

These human rights activists, who have been tried in a file known as Büyükada Case, have been accused by the Justice and Development Party (AKP) government led by Turkish President Recep Tayyip Erdoğan and by the pro-government media of plotting a coup against the government. President Erdoğan described the Büyükada meeting of the human rights activists as a coup meeting during responding the questions directed by journalists on the issue following the G20 summit in Hamburg on July 8, 2017. Erdoğan said that “Why did they gather in Büyükada. They came together for a meeting which was almost like (controversial coup attempt on) July 15 (2016). They were taken into custody by basing on intelligence. Therefore, a judicial process may begin. The call, that they made, have also been made right now. You are also supporting this call by asking this question.”

It is already unreasonable to accuse a meeting as coup d’état meeting in Büyükada, where is open to the public, but Taner Kılıç’s situation is much more tragic. Because, Kılıç has been accused of a meeting that he could not attend. Kılıç was detained on June 6, 2017 and arrested afterwards. However, Büyükada meeting took place one month later on July 5, 2017. 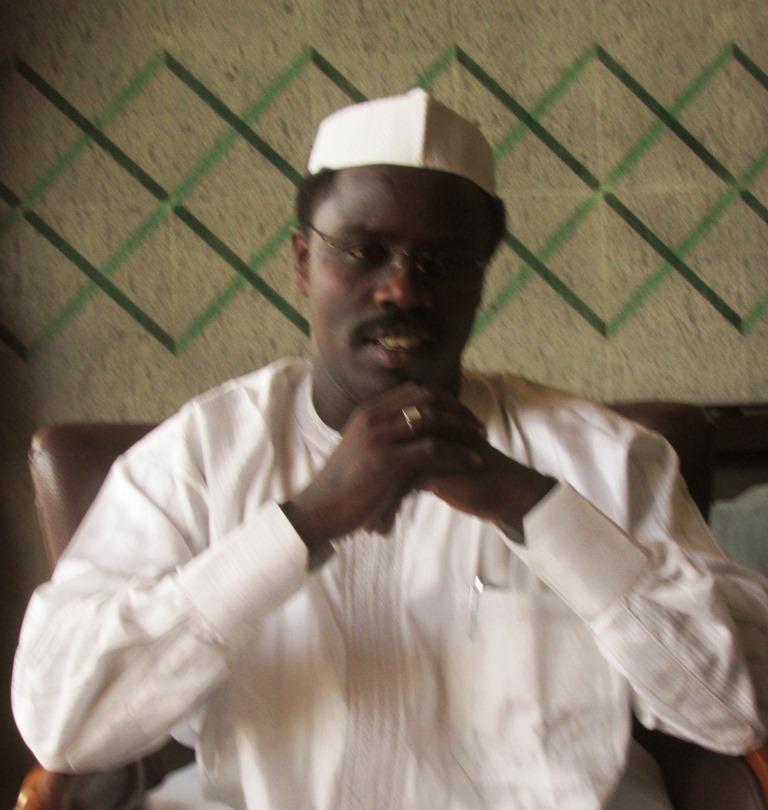 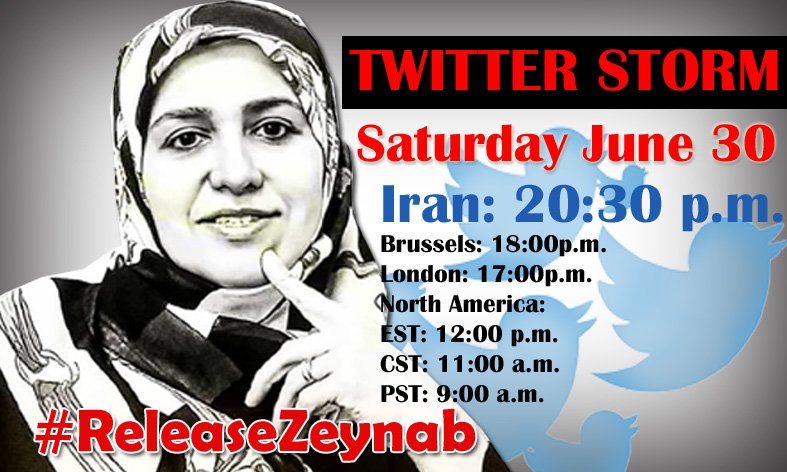 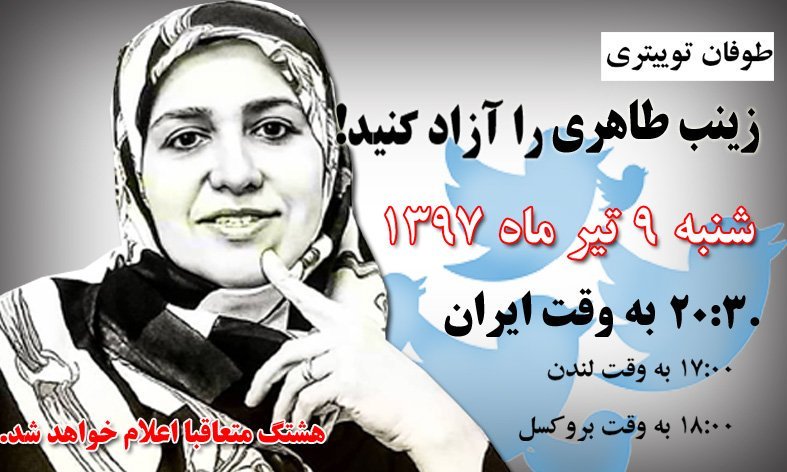 Please,I invite everyone to join this initiative.@zeynab_taheri is a brave woman,committed towards justice&human rights.
She was the lawyer of M.Salas &she was arrested after his unjust execution because she would have revealed details proving his innocence.
She needs our help! pic.twitter.com/Q0lL5mByc7 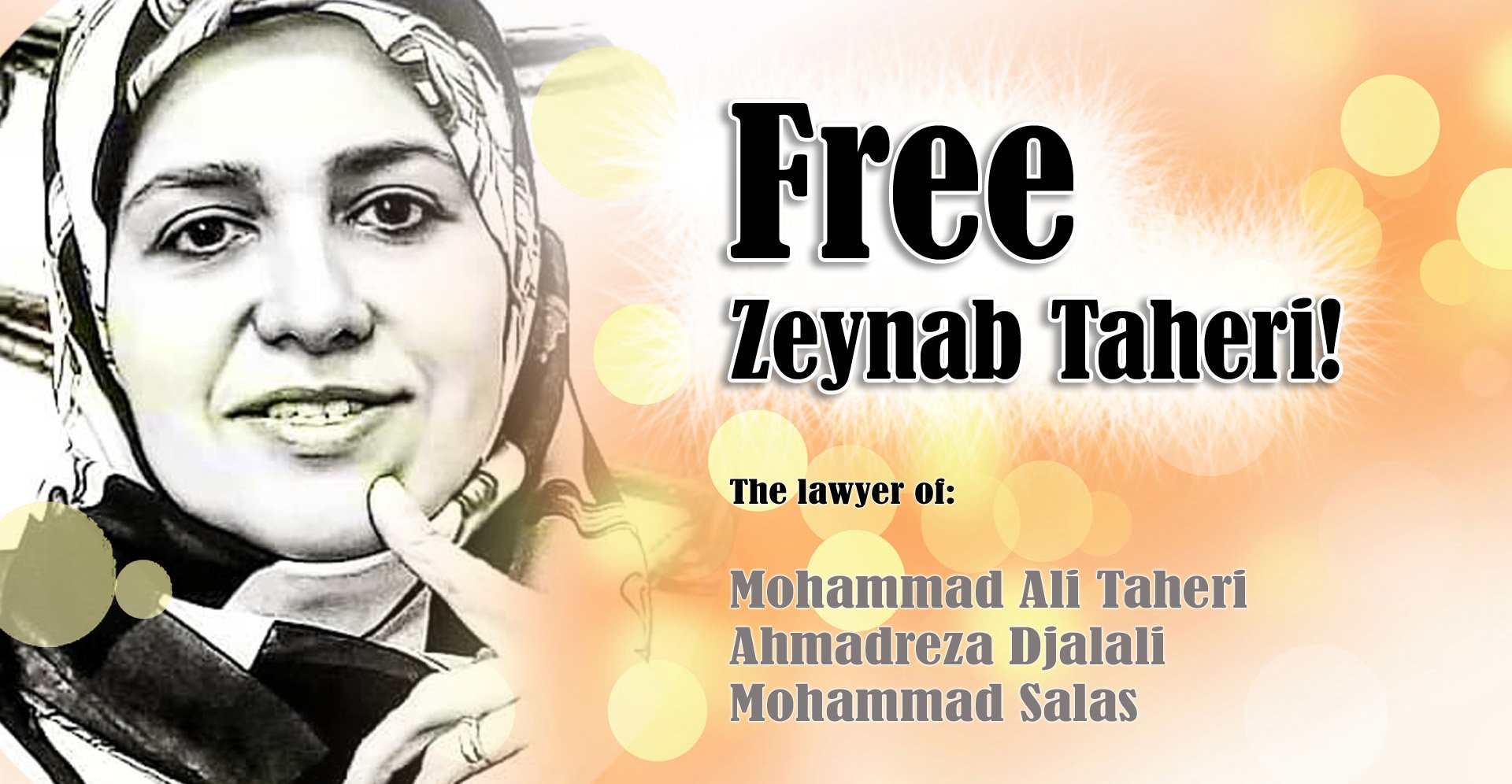 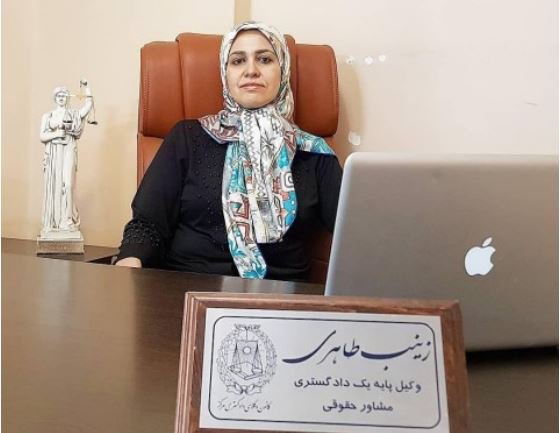 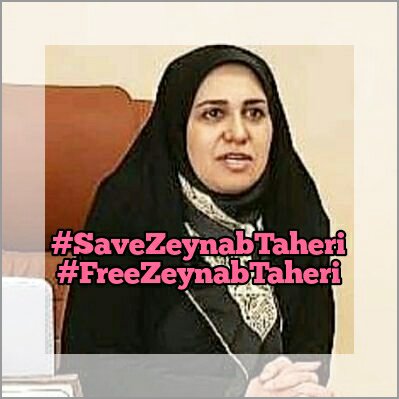 India: Open Letter to NHRC India – Raids and Arbitrary Arrests of activists and advocates in Mumbai, Nagpur and New Delhi by personnel of Maharashtra Police

The Asian Forum for Human Rights and Development (FORUM-ASIA) appeals to the National Human Rights Commission (NHRC) of India to urgently carry out an independent investigation into the arrests of five Dalit activists, Adv. Surendra Gadling, Sudhir Dhawale, Prof. Shoma Sena, Rona Wilson and Mahesh Raut, who were charged under the draconian Unlawful Activities Prevention Act (UAPA). In our opinion the Dalit activists were specifically targeted to undermine their legitimate human rights work. An independent investigation by the NHRC would be no less than appropriate and would fall within your mandate of protecting and promoting human rights.

The five activists were arrested on 6 June 2018 by the Pune and Maharashtra Police. These arrests were made in Mumbai, Nagpur and Delhi and were related to a clash between people belonging to dominant and marginalised castes in Bhima Koregaon of Maharashtra State in January 2018. A Sessions Court remanded them on 7 June to police custody till 14 June and then on 14 June till 21 June. All of them are now in judicial custody after the hearing on June 21. A next hearing is scheduled on 4 July 2018.

In an effort to justify the arrests, the Maharashtra police have called the activists ‘urban Maoist operatives’, a legally non-existent term which cannot be the basis for charge. They are prominent human rights defenders with a long association with various social movements. They have a long track-record of social activism promoting issues such as: human rights; democracy; civil liberties; and the rights of Dalits and other marginalised communities.

The Pune Police, during a court hearing on 8 June, put forward an email, which it claimed was retrieved from one of the activists. Allegedly, it referenced plans to assassinate Prime Minister Narendra Modi in ‘another Rajiv Gandhi type incident’ by ‘targeting his road shows.’ Police did not produce any evidence of the authenticity of the email, and the allegation was not even included in the original arrest charges.

.@forum_asia issues an #OpenLetter to the #NHRC of #India to request it to urgently carry out an independent investigation into the arrests of five #Dalit activists, Adv. Surendra Gadling, Sudhir Dhawale, Prof. Shoma Sena, Rona Wilson and Mahesh Raut https://t.co/QZR8ZfizWJ pic.twitter.com/lLrLsy9sxJ 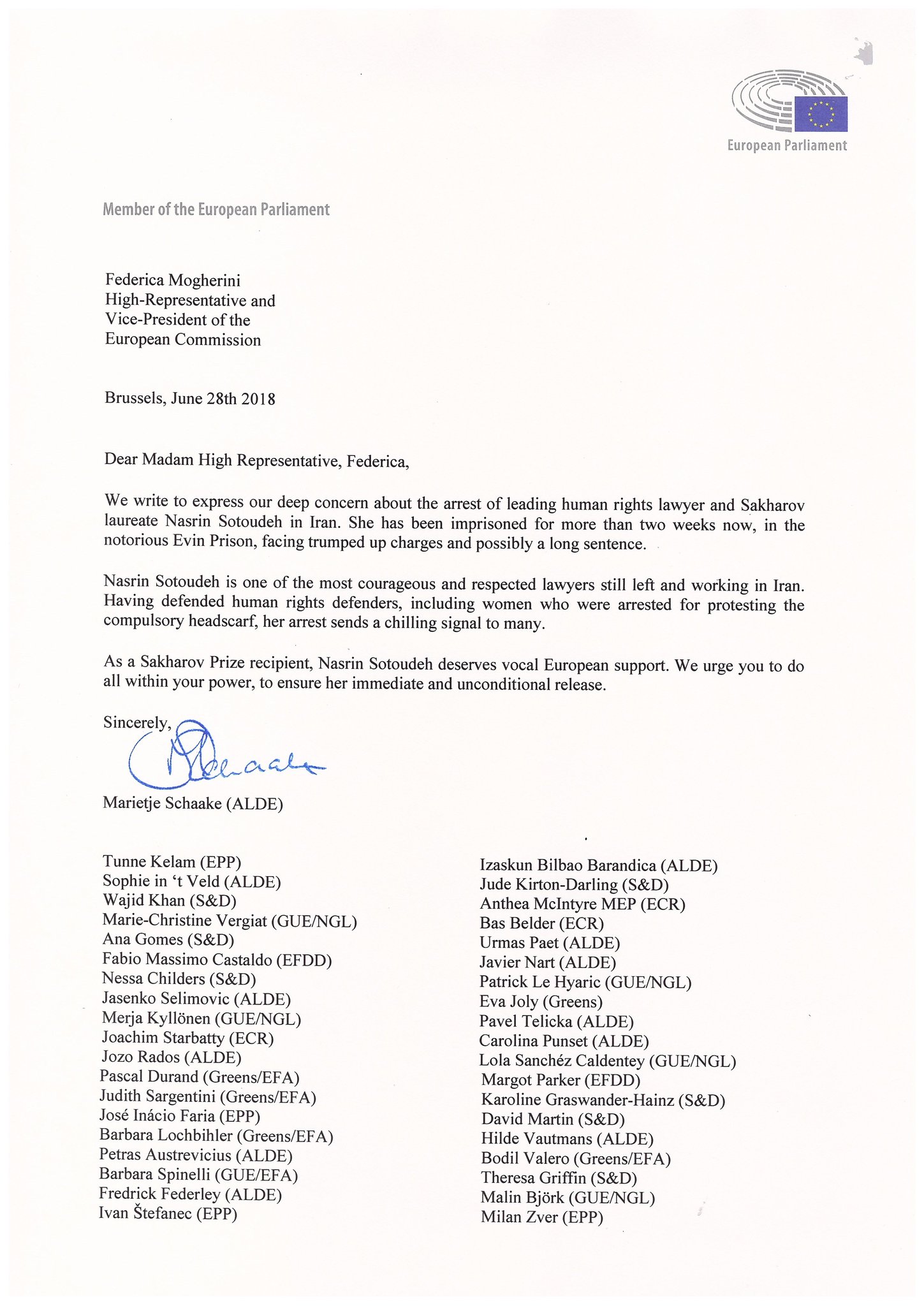 Today, 39 MEPs expressed their deep concern regarding the arrest of Nasrin Sotoudeh in #Iran. They have asked @FedericaMog to use her relation w/ Iran regime to ensure Nasrin's immediate & unconditional release!#FreeNasrin @MarietjeSchaake @bodilvalero @jozorados @SophieintVeld pic.twitter.com/WuSZ8KVvjJ

Few people have the social conscience of Siti Kasim. When she helps you, she literally opens the doors to her home for you, even gives you her spare mobile phone and her own money.

In another case, she actually put her life on the line by protecting the Orang Asal of Gua Musang against the PAS state government.

She is a modern-day hero and the nation is blessed to have her. This is why I say what happened to Siti and her client, Anis Nur Izzaty Ruslan, last week is a terrible travesty of justice.

Some months before, Anis had reached out to Siti over fears of a “domineering” mother. Subsequently she moved out and found a job.

In the meantime, the mother lodged several police reports about Anis’ mental state and told the Selangor Islamic Religious Department (Jais) her concerns about her daughter’s faith.

It is not acceptable how one can simply invoke the authority of the religious department and have them intervene!

It would have been bad enough if it was an accurate complaint. Who has the right to measure deviance? Even scholars from the official Sunni school have accused each other of deviance, that too on trivial matters.

What right have they to investigate anyone’s faith or lack of?

Can Malaysia Baru accept this flagrant transgression of human rights? Despite the tweets to him, the prime minister has been conspicuously silent.