Husband of prominent #Iranian human rights lawyer, #NasrinSotoudeh has been reportedly arrested while at a gathering to call for the release of his wife infront of Tehran’s Evin Prison. Other lawyers are also arrested. https://t.co/x2Vc8XtTdN

Reza Khandan, Nasrin Sotoudeh's spouse and Davood Farhadpour who were among those at the gathering in front of Evin prison in support of Nasrin on Sunday were subjected to beatings.#Iran https://t.co/iDE4U5r7hq

#Iran: Security forces brutally raid at the peaceful protesters who were gathered in front of Evin prison to protest against illegal arrest of HR lawyer Nasrin Sotoudeh. @amnesty @hrw pic.twitter.com/n9eTxmEztn 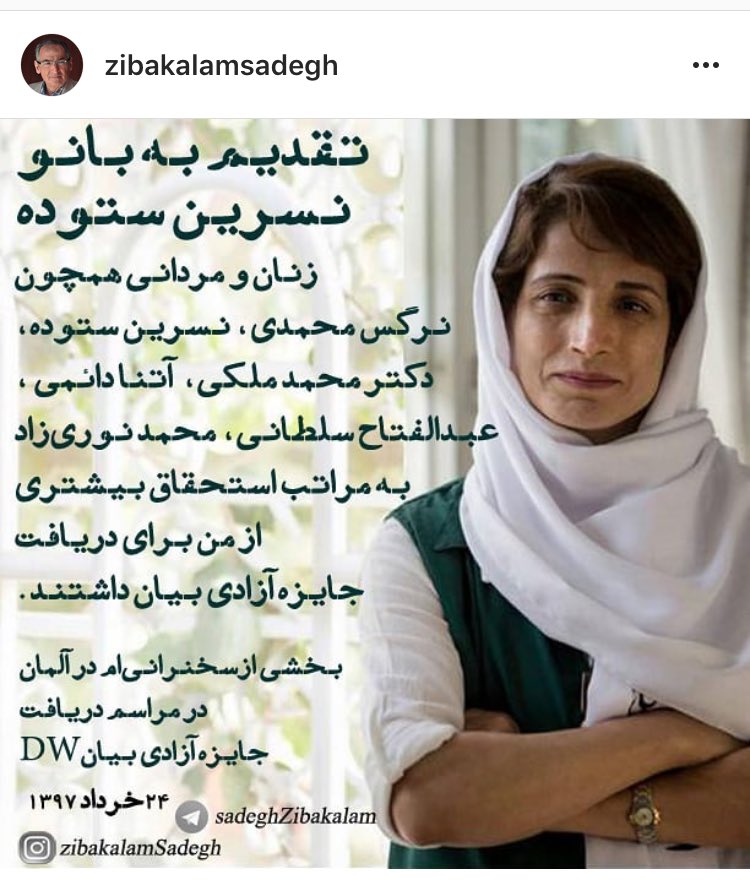 OPEN LETTER:‘The EU’s broad and principled commitment to promoting human rights has not been matched in China with a willingness to act,’ the letter said

Ahead of next month’s EU-China summit, the Taiwan Association for Human Rights on Wednesday joined US government-funded non-governmental organization Human Rights Watch and several other international advocacy groups in issuing an open letter to EU officials to raise public awareness about the “growing human rights crisis” in China.

The coalition of groups urged the EU to fulfill its pledge to promote human rights globally by repeatedly calling for the release of political prisoners detained by the Chinese government, including poet Liu Xia (劉霞), the widow of journalist Liu Xiaobo (劉曉波), and Taiwanese human rights advocate Lee Ming-che (李明哲).

The letter also called on the EU to pressure China for the release of human rights lawyer Wang Quanzhang (王全璋), Uighur academic Ilham Tohti, Tibetan-language education advocate Tashi Wangchuk and other people China has charged with crimes not recognized elsewhere in the international community, or detained for simply taking steps toward protecting human rights.

The Pune Police’s spiel in court on the threats from ‘urban Maoism’ with regard to the Bhima Koregaon violence is only aimed at creating prejudice and stoking passions, alleged experts in criminal law.

They said the police’s startling claims and the rapidly shifting narrative — from inflammatory speeches at Elgaar Parishad in Pune the day before the violence, to a letter hinting at a plot to assassinate the PM, to a recruitment drive at Jawaharlal Nehru University (JNU) under the garb of a lecture series — have no mention in either the FIR that set the case in motion or the two applications for remand of alleged top urban Maoist operatives Sudhir Dhawale, Rona Wilson, Shoma Sen, Mahesh Raut and Surendra Gadling, who were arrested in a multicity operation on June 6.

As per the FIR registered on January 8, members of cultural group Kabir Kala Manch — Sudhir Dhawale, Sagar Gorkhe, Jyoti Jagtap, Harshali Potdar, Ramesh Gaichor and at least six others —made speeches, sung songs, recited couplets and performed street plays at Elgaar Parishad that were divisive and inflammatory in nature, and which incited the violent clashes that broke out the next day.

By the time the police arrested Dhawale, Wilson, Gadling, Sen and Raut, the narrative had begun to shift. They alleged that these five had set up an “urban front” for the banned CPI (Maoist) and made attempts through it to engage in anti-national activities.

The following day, the plot took on more menacing tones. While seeking police custody of these five, district government pleader Ujjwala Pawar told a Pune court that an incriminating letter had been recovered from the electronic devices seized from the accused.

Political prisoners in these times : Devendra Fadnavis: We demand release of Advocate Surendra Gadling and other human rights activists – Sign the Petition! https://t.co/WsRd9yZmbr via @ChangeOrg_India

The legal fraternity must stand up in protest against the senseless arrest of lawyers like Surendra Gadling in Nagpur. We have to support the lawyers fighting injustice and oppression in non-metro cities, and not just speak up when prominent lawyers in Delhi/Bombay are targeted!