Romania’s anti-corruption agency (DNA) has released its first statement in reaction to the Constitutional Court’s decision on Wednesday which said that president Klaus Iohannis must move forward with the dismissal of DNA’s chief prosecutor, Laura Codruta Kovesi, following the proposal of Justice minister Tudorel Toader.

DNA’s statement reads: “It is time to send an alarm signal and express our concern regarding the potential damage done to prosecutors’ independence, which represents an essential premise of the fight against corruption. Without the existing legal guarantees, the fight would not have been possible, and losing these guarantees could mean that the ongoing investigations conducted by anti-corruption prosecutors could be gravely affected.”

Another negative reaction came from the chief prosecutor of DIICOT, Romania’s anti-organised crime and terrorism agency, Daniel Horodniceanu, who said that CCR’s decision has placed prosecutors “not under the authority, but under the potentially discretionary exercise of the Justice minister, who is a political appointee.” He added that “the constitutional guarantor of the independence of the judiciary, the Superior Council of Magistracy, has been reduced to a sterile role.”

A UN human rights expert has expressed grave concerns about public threats issued against the Philippines’ Chief Justice by the country’s President, saying her dismissal, that followed those threats, is sending a chilling message to other supreme court judges and members of the judiciary posing a serious threat to judicial independence.

On 11 May 2018, the Supreme Court voted 8-6 to remove Maria Lourdes Sereno from her job on the grounds she had failed an ‘integrity test’. Chief Justice Sereno was appointed the country’s top judge position in 2010.

“The decision of the Supreme Court was issued two days after the President of the Philippines publicly threatened the Chief Justice by saying that she was his enemy and that she should be removed from her job or resign,” said Diego García-Sayán, Special Rapporteur on the independence of judges and lawyers.

“The unprecedented decision of the Supreme Court of the Philippines seems directly related to the threats made against the Chief Justice in relation to her professional activities in defence of the independence of the judiciary.”
…

A team of 15 lawyers from various parts of the country who are members of the Indian Association for People’s Lawyers (IAPL) visited Kashmir for a fact-finding campaign and have come out with observations saying that the national media has “distorted facts” and kept a wrong picture of Kashmir before the country and that the lawyers in Kashmir are facing fatal hurdles while carrying out their duties.

The IAPL is the India chapter of the International Association of People’s Lawyers and was formed in the year 2004 “to uphold justice, equality, human rights and to fight against all undemocratic laws and procedures, not only in the courts but also through the fact-finding mission.” The fact-finding effort in Kashmir was one such effort.

The team of 15 lawyers from different regions of India like Punjab, Haryana, Chandigarh, Delhi, Bihar, Jharkhand, Chhattisgarh, Maharashtra, Andhra Pradesh and Telangana conducted the fact-finding from May 23 to May 27, meeting with the bar associations of the Kashmir High Court, Baramulla, Handwara, Kupwara, Ganderbal, Budgam, Shopian, Islamabad (Anantnag), Pulwama and Chairperson of SHRC.

The association, in a statement, claims that in the background of the conflict situation, the fact-finding mission found that the lawyers in Kashmir are “working in very difficult circumstances while trying to bring some semblance of the rule of the law when it comes to human rights violations in various part of the state.”

The team was “shocked to find that the state’s lawyers, apart from facing threats, intimidation, illegal detentions and arrests, have been subject to torture and killings, while discharging their professional responsibilities.”

Poland: The Irish Times view on Poland’s authoritarian drift: a big question for the judiciary 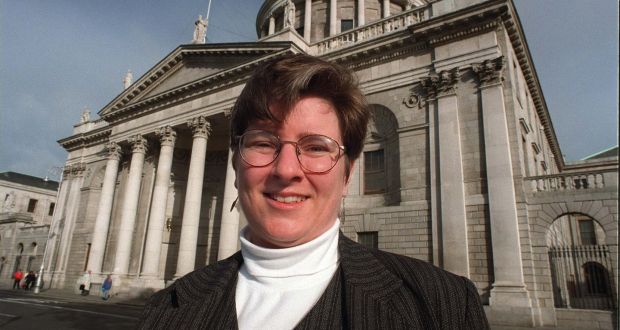 Artur Celmer will not be in the court today. He’s still in an Irish jail awaiting the deliberations of the Luxembourg-based Court of Justice of the European Union (CJEU) over the Polish warrant for his extradition. The hearing, expedited because of Celmer’s incarceration, will also be closely watched all over Europe. On the court’s view of a question referred to it by Ms Justice Aileen Donnelly of the High Court hangs the future of all extraditions to Poland from the EU.

And, just as importantly, the court could deliver a damning judicial assessment of the state of the rule of law in Poland and the “reforms” of the ruling Law and Justice (PiS) party.

That would provide important political ammunition for the European Commisssion’s action against Poland under Article 7 of the EU treaty which accuses Warsaw of “systematic” undermining of the rule of law and judicial independence. That lengthy procedure could ultimately see Poland stripped of its voting rights in the union.

The changes to the role of the minister for justice in Poland have given the holder of that office “too many powers for one person” and have weakened the independence of the judiciary, the Commission has said. Ms Justice Donnelly has understandably asked the CJEU to determine whether such changes have undermined both Poland’s ability to give Celmer a fair trial and the mutual trust between member states in each other’s judicial systems that is the basis for the near-automatic transfer of accused under the European Arrest Warrant system.

The legal and human rights department of the Delhi Pradesh Congress Committee (DPCC) has urged lieutenant-governor Anil Baijal to enact a special act for the safety and security of lawyers in the national capital.

The legal and human rights department chairman, Sunil Kumar, said that lawyers are in dire need of an act that will prohibit violence against them and ensure that their properties are not damaged.

He said that this new act should be like the one made for doctors and medical practitioners, which safeguards them from such incidents.

According to Section 4 of this act for medical practitioners, if any violence is done in any medicare institution, the accused can be punished with imprisonment up to three years. Furthermore, as per Section 5 of this act, every offence that would be committed under Section 3 of the act, would be cognisable and non-bailable.

Mr Kumar said such an act will enable lawyers to take up challenging cases with confidence to get justice for the aggrieved without fearing for their life and property. 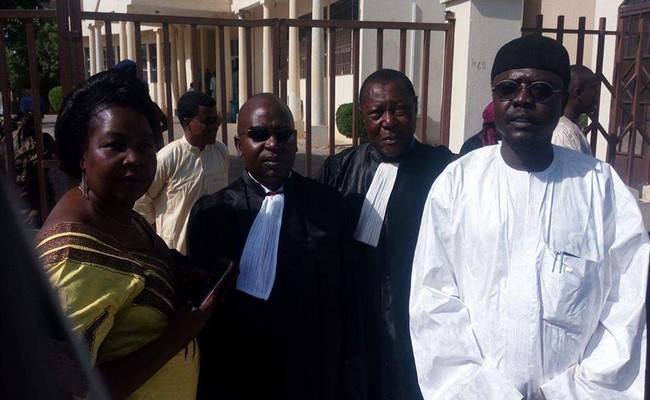 Saudi Arabia/Canada: ‘She is in danger’: Lawyers, activists call for action to free Loujain al-Hathloul

Human rights lawyers and activists are urging the public to put pressure on the federal and Saudi Arabian government to free women’s rights activist Loujain al-Hathloul, out of fears she could be jailed for years.

Al-Hathloul, a former University of British Columbia student, was detained by Saudi Arabian officials alongside several other prominent human rights advocates, in what many experts are calling a crackdown on activism in the country. Multiple human rights organizations and the president of UBC have released statements calling for their release. “Time is not on our side,” said Jackie Hansen, women’s rights campaigner for Amnesty International Canada. “We want to make sure they’re released because if they’re charged, it makes it that much harder to secure their release from detention.”

Al-Hathloul has been an outspoken women’s rights advocate for years, and is known for posting videos online of herself driving, in protest of Saudi Arabia’s ban on driving for women. While the government has loosened their restrictions on women by overturning their driving ban, Hansen said the arrests are a message that “activism will not be tolerated.”

Gail Davidson, executive director of Lawyers’ Rights Watch Canada, which is preparing their own letter calling for Al-Hathloul’s release, said that Canada’s ties to Saudi Arabia, specifically a $15 billion contract to provide combat vehicles signed in 2016, could be used to her advantage.

“Canada had been very cozy with Saudi Arabia, so people that are wanting to lobby and appeal should put pressure on global affairs, and the prime minister,” she said.

“Minister Freeland has raised Canada’s human rights concerns with her Saudi counterpart during her recent trip to Bangladesh. Canada will continue to promote gender equality and the empowerment of women and girls, both at home and abroad,” Venhola-Fletcher said.

But Davidson fears that al-Hathoul will face a similar fate to other people with Canadian connections detained in Saudi Arabia, such as blogger Raif Badawi, whose wife and children were granted asylum in Canada, and human rights lawyer Waleed Abu al-Khair, who was defending Badawi. Both men are still in prison, despite many calls from international organizations for their release.

Read the statement from @ubcprez on the detention of #UBC alumna Loujain al-Hathloul. https://t.co/ucARp7nvNW pic.twitter.com/pgxO2PN9Bs

COUNTING THE DAYS:It has been 438 days since Lee Ming-che’s arrest in China and 1,000 days since Chinese human rights lawyer Wang Quanzhang disappeared

A coalition of human rights groups yesterday said it would hold a series of events on Monday to mark the anniversary of the 1989 Tiananmen Square Massacre and called on people to stand up against Beijing’s human rights abuses.

China has over the past few years stepped up its suppression of human rights, targeting not only its citizens inside the country, but also Chinese nationals abroad and foreigners in China, Taiwan Association for Human Rights secretary-general Chiu Ee-ling (邱伊翎) said.

“China is no longer just trying to undermine Taiwan’s sovereignty — it is now a threat to global human rights,” she said.

As China’s close neighbor, Taiwan must collaborate with the international community to make a stand against Beijing’s crackdown on human rights, she said.

In July 2015, during what later came to be known as the “709 crackdown,” Beijing arrested hundreds of human rights lawyers, many of whom were tortured, Taiwan Support China Human Rights Lawyers Network convener Kuo Chi-jen (郭吉仁) said.

“Following the crackdown, things have continued to worsen,” he said. “Since August last year, the government has suspended the licenses of 17 human rights lawyers. While most of them were involved in the ‘709 crackdown,’ some were suspended simply because they defended a Falun Gong practitioner.”