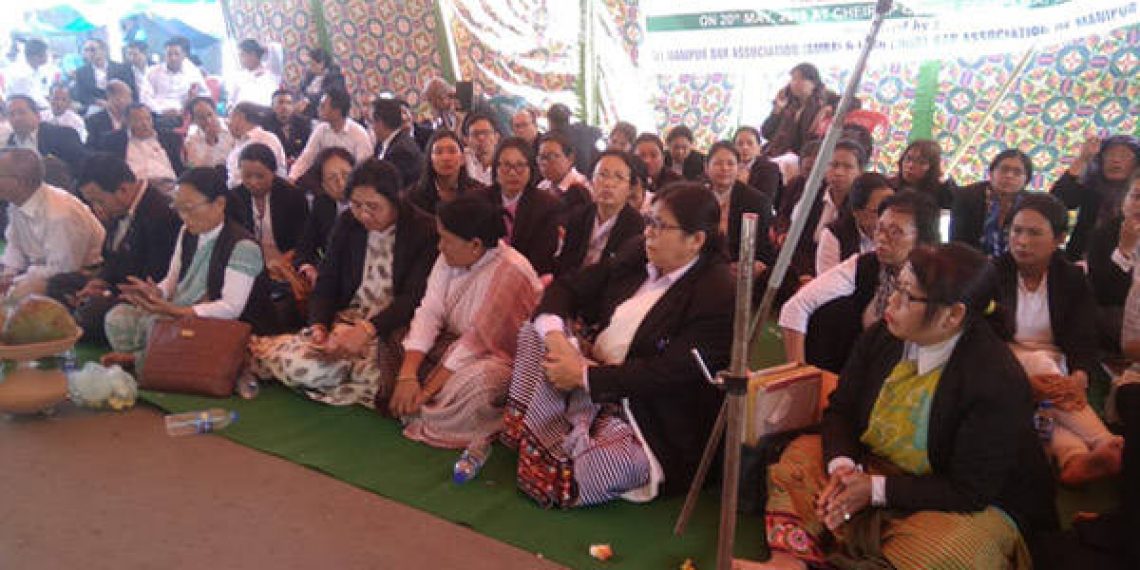 Manipur lawyers on Monday staged a sit-in protest in front of Imphal Cheirap court complex to condemn against the assault of a lawyer and vandalism by a mob inside the premises of a court complex in the State.

Some people belonging to Joint Action Committee (JAC) formed in connection with the murder of one man rushed into the Lamphel court complex and ransacked the property inside the court.

Apart from destroying property of the court, the agitators also allegedly attacked a lawyer inside the court.

The lawyers who took part in the protest demanded strict action against the agitators.

They also demanded the government to provide strong security in court complexes to prevent occurrence of such incidents.

They also urged the government to impose restrictions on public entry to courtrooms for their safety.

Over 10 people have been arrested in connection with the incident of vandalism.

A Cape Town criminal attorney has been shot dead at a spaza shop in Khayelitsha, Cape Town, a source told News24.

David Mbazwana previously represented a security company boss and bouncer accused of having links to the criminal underworld.

“He was shot in front of a spaza shop in Khayelitsha in the presence of his sister in an apparent robbery,” the source told News24 on Sunday, the day Mbazwana was shot dead.

Mbazwana was one of the lawyers for Grant Veroni, of the company Skhosana Maponyane Hall Phillips and Khumalo, trading as The Security Group (TSG), who authorities accused of having links to underworld activities, News24 earlier reported.

“According to reports the 38-year-old victim was allegedly shot by unknown suspects and he died on the way to hospital,” spokesperson Captain FC Van Wyk said in a statement on Monday.

USA: Swindle: Lawyering can be a dangerous line of work

Since the day the concept of “lawyer” came into being, many in the public have viewed lawyers in a negative light. Hundreds of thousands of lawyer jokes have been told over the centuries.

While we have earned some of the criticism in the community, the vast majority of lawyers help, not hurt, people and our community.

If we behaved in a manner told in most jokes, disbarments would overwhelm the profession.

Some people have taken their strong feelings toward lawyers to the point where serious crimes have been committed against members of the bar. Over the years, lawyers and judges have been shot, beaten, harassed, and treated in a way that would make the Fuhrer pleased.

Lawyering can be a dangerous line of work; particularly for lawyers focused on family and juvenile law. A recent example in Florida illustrates this danger.

Police recently arrested a divorce litigant for allegedly stabbing a Florida lawyer multiple times during a deposition May 1.

Police charged 58-year-old Gordon James King with aggravated battery with a deadly weapon, false imprisonment and tampering with a victim, according to the Winter Park Police Department. The Orlando Sentinel reports that King was arrested Thursday at his home in Seminole County with help from the U.S. Marshals Task Force.

When U.S. Marshals are forced to track down a fugitive, it can be a most unpleasant experience.

The stabbing took place at a Winter Park, Florida, law firm. The lawyer was not identified. The lawyer was taken to the Orlando Regional Medical Center for treatment of stab wounds. The lawyer had a collapsed left lung, a punctured diaphragm and a cut to his hand, according to Click Orlando. At the hospital, King allegedly said he was going through a “two-year ugly divorce” and he “just lost it again.”

Swindle: Lawyering can be a dangerous line of work 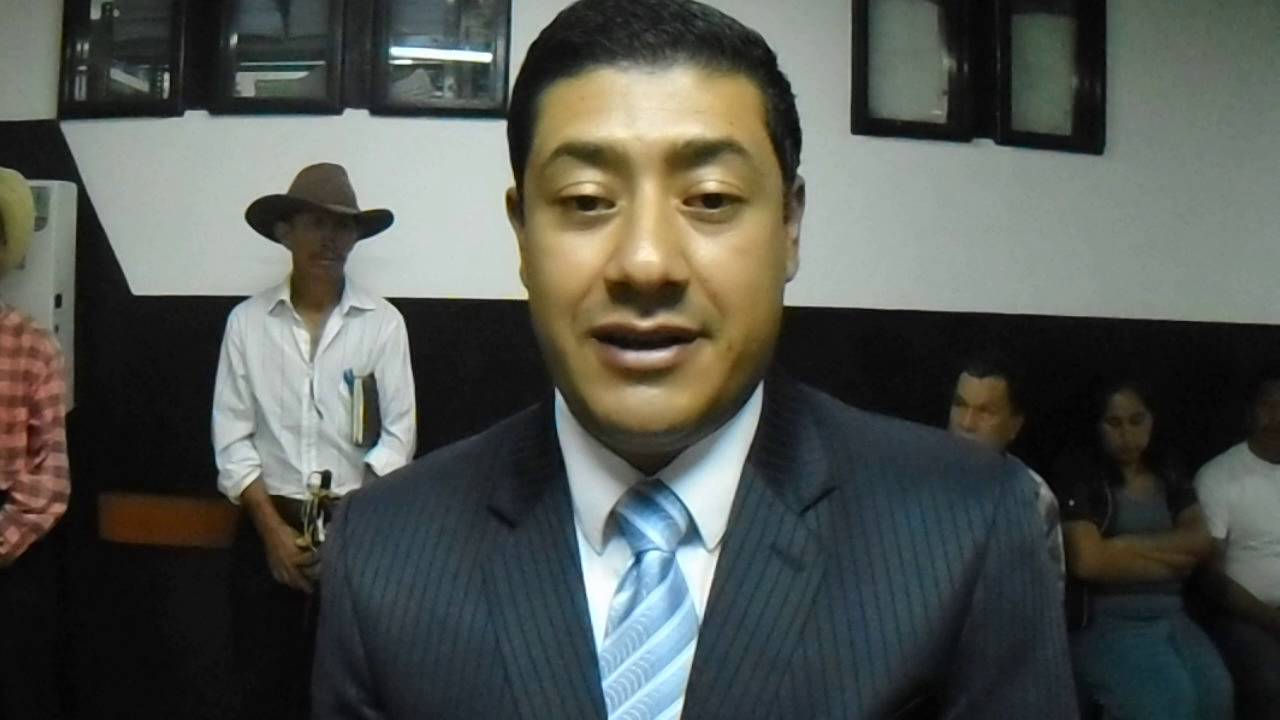 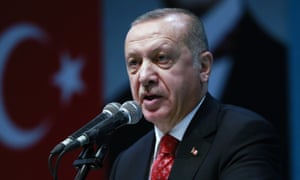 A British barrister who has given evidence to parliament is facing possible extradition to Turkey on terrorism charges over his Twitter activity.

Ozcan Keles, who is of Turkish descent and holds UK citizenship, appeared at Westminster magistrates court on Monday accused of spreading propaganda online.

The attempt to remove him is the latest in a series of high-profile extradition actions in the British courts against critics or opponents of the Turkish president, Recep Tayyip Erdoğan.

All cases to date have been thrown out on the grounds that they are politically motivated or that Turkey’s prison system breaches human rights. The most recent involved a media proprietor, Hamdi Akın İpek.

The Home Office has a duty to certify that extradition requests are legitimate, but has rubber-stamped a stream of Turkish claims that involve the police, Crown Prosecution Service (CPS) and the courts in lengthy and ultimately unsuccessful actions.

The arbitrary detention and long-term imprisonment of 18 lawyers

Iran/France: Nasrin Sotoudeh, the fight by the voice

(The portrait of Nasrin Sotoudeh displayed on the facade of the headquarters of the National Council of the Bars of France, Paris, March 28, 2019. REUTERS / Charles Platiau)

The prominent Iranian lawyer, newly appointed citizen of honor of the City of Paris, is currently serving a sentence of thirty-eight years in prison. She is also sentenced to 148 lashes for “contempt of court”.Over time, Nasrin Sotoudeh has emerged as the face of the struggle for human rights in a country where they are often flouted. A petition seeking his release has collected nearly 300,000 signatures.

” A beating “, ” a model of obstinacy “, ” a symbol of resilience “. At the mention of Nasrin Sotoudeh, one only gets praise and flattering formulations. It must be said that through her battles, at the head of which are the fight against the compulsory wearing of the hijab and the defense of political opponents, the Iranian lawyer has built a solid reputation in her country. Its notoriety was quick to cross the borders of the Islamic Republic: the jurist has become a standard bearer of the struggle for human rights in the eyes of the international community. Witness the reward that was awarded on April 1: the honorary citizenship of the City of Paris. The Paris Council believes that ” its struggles bring it closer to the values ​​of the capital “.

Her activism, however, led her to multiple stays in prison. Since June 2018, she has been imprisoned in a prison in Evin, north of Tehran. A petition , launched by the National Council of Bars of France , calling on Iran to release it, has collected nearly 300,000 signatures to date. A request reiterated by Emmanuel Macron during his meeting with President Rohani Tuesday, April 9.

The strong character of the 55-year-old lawyer arises from her youth. Nasrin Sotoudeh comes from a traditional family, as is plethora of Iran in the 1960s. If her mother wore the veil, neither she nor her husband made it an imperative for their daughter Nasrin. ” If I had to put it on, I would have refused, ” she said simply to Sara Saidi, correspondent for the daily Libération in Tehran between 2016 and January 2019, in an interview. And the journalist to clarify: ” This is the proof of a certain strength of conviction .” 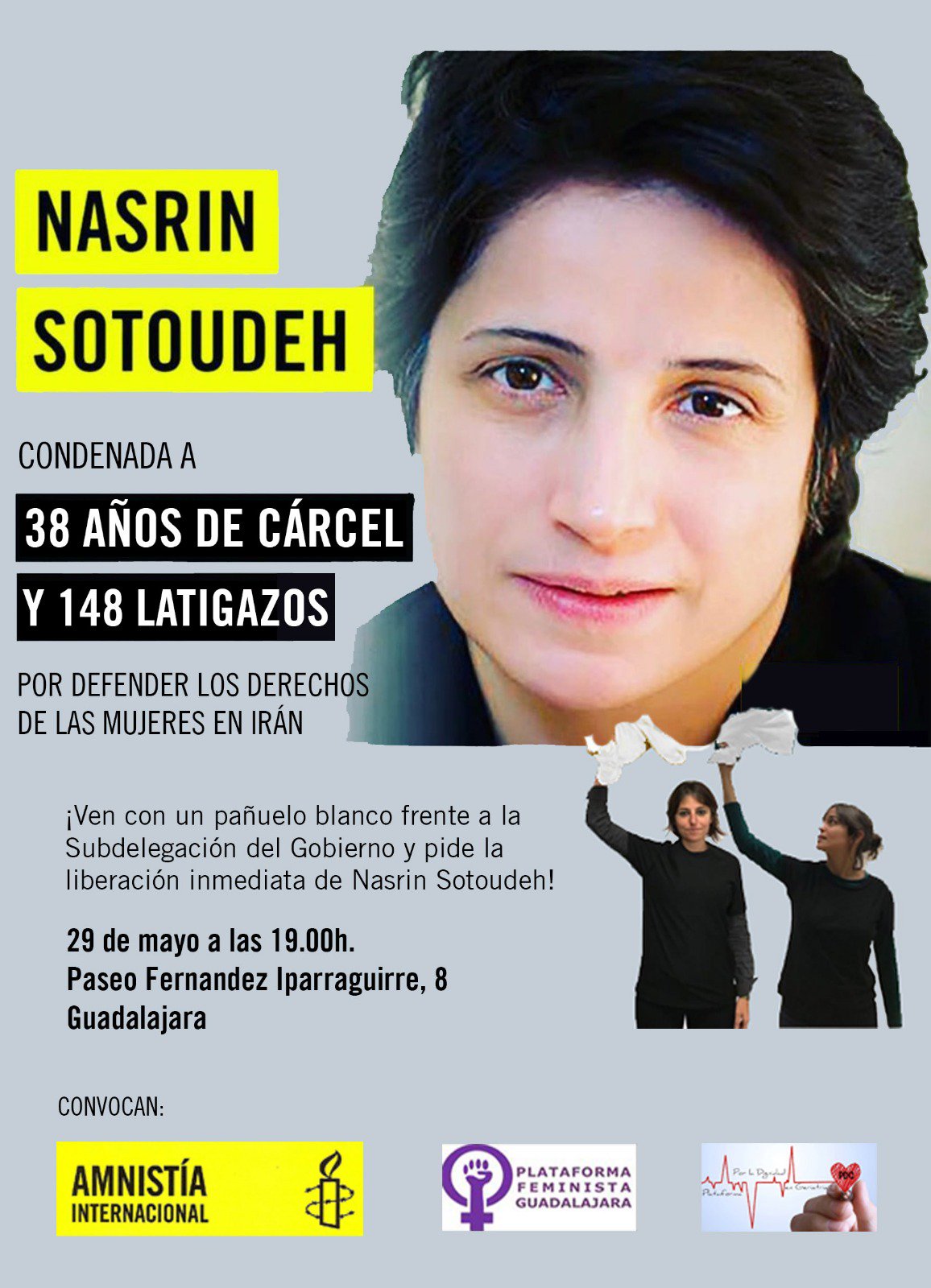 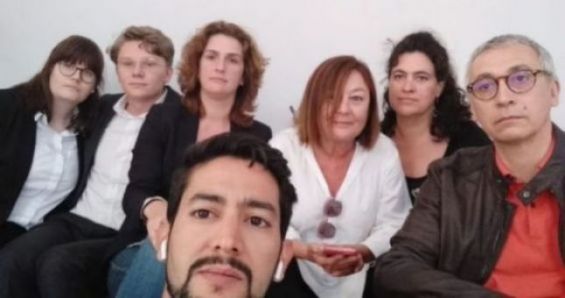 Five Spanish lawyers were expelled, Sunday, by the Moroccan authorities after they arrived at Laayoune airport, Europa Press reports.

These seven people went to the Sahara as «observers for the trial of Nezha Khalidi, who is affiliated to Equipe Media group in Laayoune».

The decision of the Moroccan authorities was denounced, Sunday, by pro-Polisario platform Futuro Sahara.

Calls for Egypt to release disappeared lawyer after ‘nervous breakdown’

After being forcibly disappeared for four months, lawyer Ezzat Ghoneim appeared on Saturday at the Cairo Criminal Court, which ordered his detention for 45 days, according to lawyer Mohamed al-Baqer https://t.co/EVQRWMKUhQ pic.twitter.com/VLNPZxl0xT

The wife of jailed human rights lawyer Wang Quanzhang has set out onanother campaign to find her husband, starting on a Chinese lovers’festival, only to be shown video footage of Wang which she described as “very worrying.”

Li Wenzu met with authorities at the Linyi Prison in the eastern province of Shandong on Monday.

During the last of four conversations, she was shown a three-minute video of her husband–her first view of Wang since his detention nearly four years ago–which she said left her “stunned,” with her “heart bleeding.”

“I saw that Wang Quanzhang has obviously gotten much thinner and looksmuch older and greyer,” Li said in a statement via Twitter. “He seemed quite spaced out, and his responses were slow and hesitant.”

“When he speaks, his eyes flick from one place to another; when he finishes saying one thing, it takes him ages to stammer out the next sentences,” she said.

Li had continued to insist on a face-to-face meeting with Wang during four meetings with prison leaders, she said.

She said she had chosen the day for its significance for lovers, because “520” sounds similar to the Chinese for “I love you.”

Human rights lawyer #JiangTianyong remains under heavy surveillance, despite having been released from prison in February 2019. The ongoing interference by authorities has meant that he is unable to access appropriate medical treatment. https://t.co/SMViYUvCG3