China: Activists targeted in crackdown ahead of Tiananmen Square anniversary 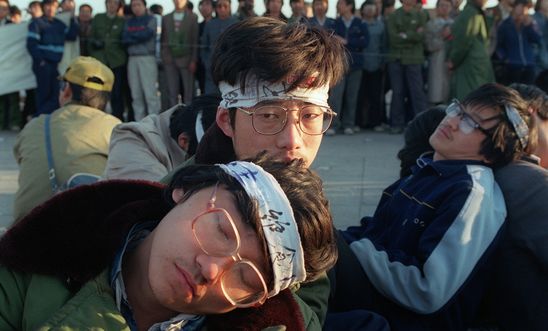 The Chinese authorities must end a wave of persecution targeting those seeking to commemorate the victims of the 1989 Tiananmen crackdown, Amnesty International said today ahead of the 30th anniversary of the bloodshed.

In recent weeks, police have detained, placed under house arrest or threatened dozens of activists and relatives of those killed seeking to mark the June 4 anniversary.

Hundreds, if not thousands, of unarmed protesters and civilians were killed when soldiers opened fire in and around Beijing’s Tiananmen Square on 3 and 4 June 1989, as the authorities sought to crush widespread protests calling for political reform.

Any references to the Tiananmen crackdown continues to be systematically censored in China. Anyone who seeks to commemorate the victims does so at great personal risk, and is likely to be harassed or detained.

The suppression of those seeking to publicly mark the 30th anniversary of the Tiananmen crackdown is the latest in a wider assault against activists in China. Under President Xi’s rule, the Chinese authorities have decimated the ranks of human rights lawyers and activists calling for political and legal reforms. The relentless crackdown has been marked by arbitrary arrests, incommunicado detentions, torture and other ill-treatment. 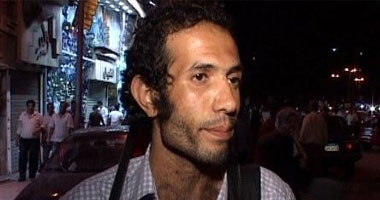 N.B.: The detention of labour lawyer Haytham Mohamadeen has been renewed for yet another 15 days.

The diseased was identified as Abida Sultana, wife of Shariful Islam, and a member of District Ainjibi Shamity

Police arrested the imam of a local mosque yesterday as a female lawyer was found dead at Madhabgul village in Barlekha upazila of the district.

The diseased was identified as Abida Sultana, wife of Shariful Islam, and a member of District Ainjibi Shamity.

On Sunday, Abida went to her village home at Madhabgul and her phone was found switched off since 4 pm on the day.

Worried, her family members rushed to the village and found one of room of the house locked.

Sensing something wrong, they called in police who broke into the room and recovered Abida’s body around 3 am.

The body that bore several injury marks was sent to local hospital morgue for autopsy.

Meanwhile, police arrested Tanvir Ahmed, imam of the local mosque, and also a tenant of the house, from Baruna in Srimangal upazila, at noon, for his suspected involvement in the incident, said Abdu Salek, officer-in-charge of Srimangal police station.

Members of District Ainjibi Samity staged demonstrations demanding punishment of those responsible for the murder.

They also brought out a procession on the court premises to press home their demand.

Zimbabwean authorities have this afternoon arrested two more human rights defenders at the Harare airport in a mounting onslaught on the rights to freedom of expression and association, Amnesty International said today.

The two, Stabile Dewah (35) and Rita Nyamupinga (61), bring to seven the number of human rights defenders arrested at Robert Mugabe International Airport in the past seven days as they returned from a capacity-building workshop on non-violent protest tactics in the Maldives.

“The first five human rights defenders arrested are facing trumped up charges for exercising their human rights. They should be released immediately and unconditionally. The charges against them fit into a much wider pattern of repression we have documented in Zimbabwe,” said Muleya Mwananyanda, Amnesty International’s Deputy Director for Southern Africa.

The first batch of activists – George Makoni, Tatenda Mombeyarara, Gamuchirai Mukura, Nyasha Mpahlo and Farirai Gumbonzvanda – have been accused of “plotting to overthrow President Emmerson Mnangagwa’s government”. The two activists arrested today are also likely to be charged with subverting a constitutional government.

“Since January’s protests we have witnessed a mounting crackdown on human rights defenders and activists. Lawyers, journalists and even medical doctors have not been spared. Zimbabwe’s authorities have declared anyone who exercises their right to freedom expression and association an enemy of the state. This witch-hunt must stop,” said Muleya Mwananyanda.

Tickets are on sale now. Get a table of friends and colleagues together and come and celebrate @DebKilroy, @Ngaga_dji and #NasrinSotoudeh and their remarkable contributions to human rights. @LibertyVic #voltaire2019https://t.co/5flK73zHQ5 pic.twitter.com/K11wQv7EVB