Two months ago Armin von Bogdandy and Luke Dimitrios Spieker highlighted the plight of our colleague Wojciech Sadurski, a distinguished professor of law at the Universities of Sydney and Warsaw, and formerly at the European University Institute in Florence.  Professor Sadurski finds himself facing an array of charges and lawsuits in Poland for his outspoken criticism of the governing party, PiS.  As von Bogdandy and Spieker pointed out, such attempts to silence critics are not solely a matter of Polish law but also of European Union law and European human rights law, particularly in the context of the ongoing Article 7 TEU procedure against Poland. But matters have continued to worsen since that time for Sadurski, who has been targeted by no less than three sets of legal proceedings aimed at silencing him and punishing him for speaking out.  We write to draw attention to the legal harassment of Professor Sadurski by the Polish government and its allies, to the right of academics across the European Union to freely speak out and to criticize political leaders, and to publicly express our support for Wojciech Sadurksi.

The background is this: On 10 November 2018 Wojciech Sadurski called upon Polish citizens to boycott a so-called “Independence March” to be held in Warsaw. He tweeted: “If anyone still had any doubts, after the maneuver of the past two days this much should be clear: no honest person should go in a parade of defenders of the White race, who have hidden for a moment their “falangas” [a neo-Nazi symbol] and swastikas, in collusion with an organized criminal group PiS”.  On 13 January 2019, shortly after the murder of Gdańsk Mayor Mr Paweł Adamowicz, Sadurski tweeted that a politician was killed after he had been hounded by government media, and stated that no democrat and opposition politician should enter the premises of TVP, a public television station, which he described as a Goebbelsian media company. 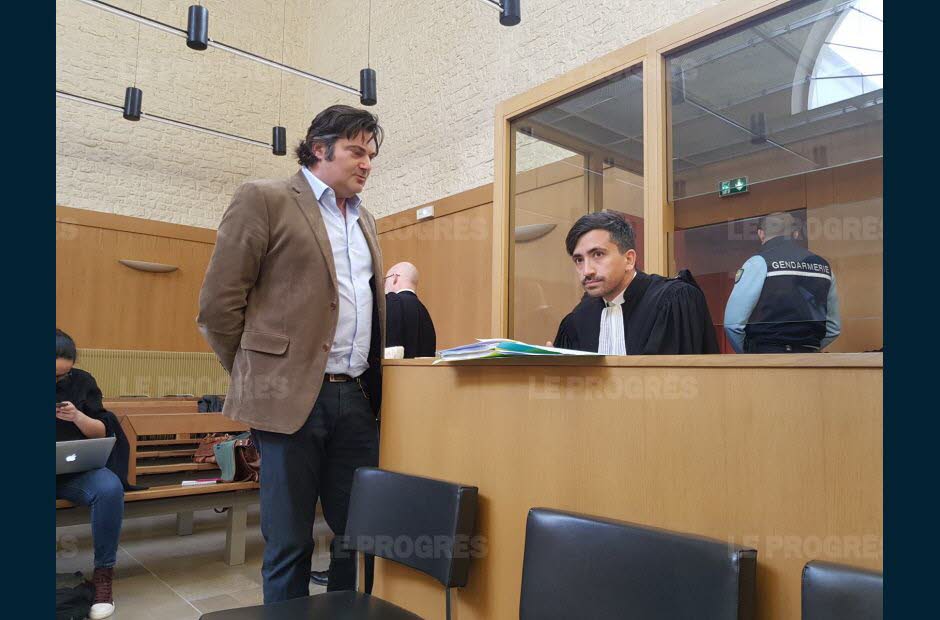 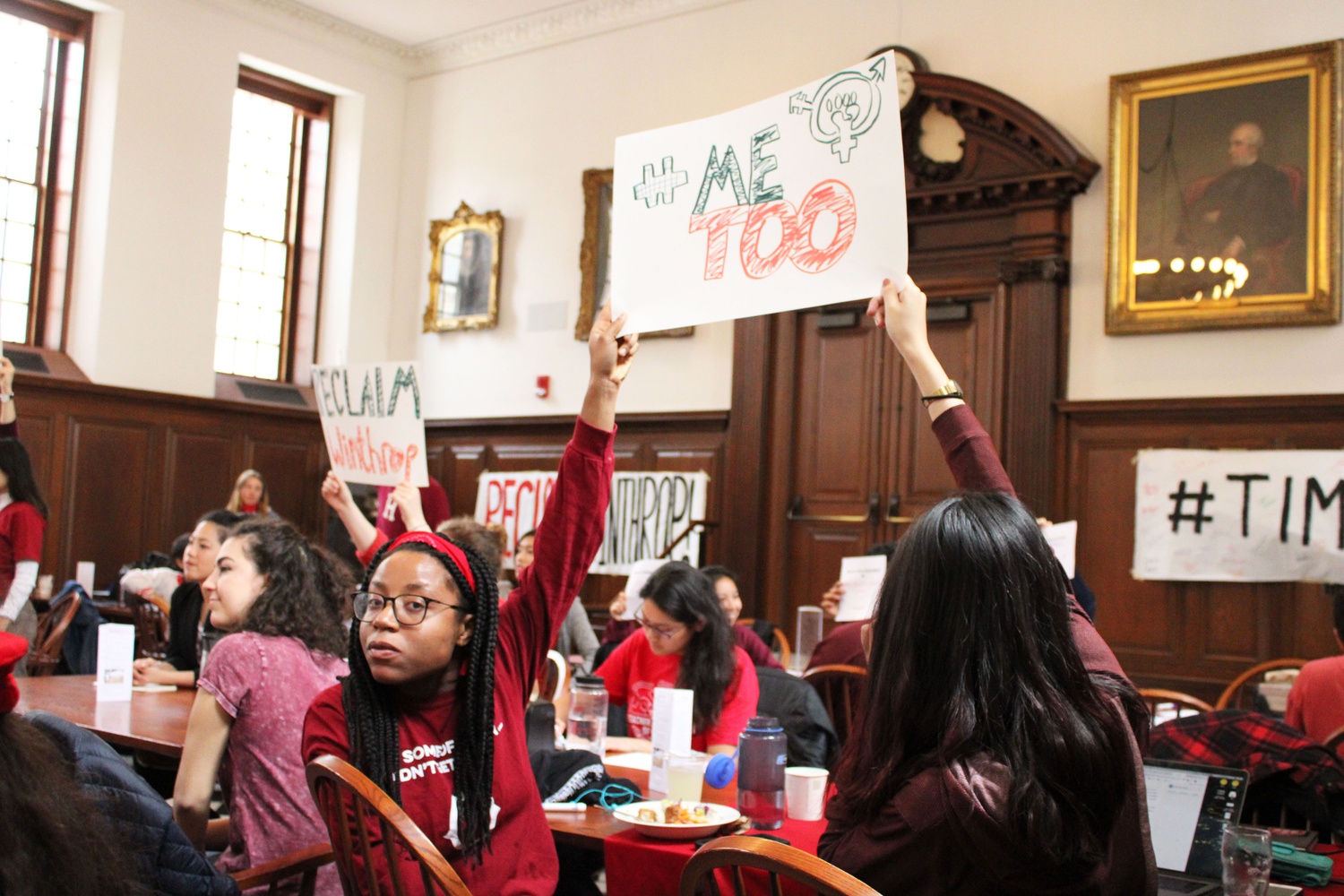 Our Harvard Can Do Better — an anti-sexual assault advocacy organization — read a list of demands at the event, including calling on the College to publicize the results of a climate review of Winthrop House and to create a system to hold faculty deans accountable. They also demanded that Sullivan apologize to house affiliates and delegate his ceremonial duties during Commencement to “an alternate,” and called for an “end to intimidation tactics.”

In an interview Sunday, Our Harvard Can Do Better member Amelia Y. Goldberg ’19 said the groups have demanded that the administration complete the review and announce what action it would take by May 29.

Sullivan did not respond to a request for comment. College spokesperson Rachael Dane declined to comment on the students’ demands.

The Association of Black Harvard Women and Student Labor Action Movement also sponsored the event. Our Harvard Can Do Better member Remedy H. Ryan ’21 wrote in a text that 178 undergraduates put their names on a sign-in sheet the organization distributed. Dean of the College Rakesh Khurana also attended part of the event.

Since Sullivan announced his decision to represent Weinstein in late January, students have spoken out at protests and written posts calling for him to step down as faculty dean — arguing that his representation of Weinstein is inconsistent with his role as the dean of an undergraduate house.

The College announced in February that former Dean of Freshman Thomas A. Dingman ’67 would conduct a climate review of Winthrop as a result of student concerns over Sullivan’s decision. As part of the review, administrators circulated a survey among Winthrop undergraduates, asking students to rate the house on a variety of metrics like homophobia, elitism, and friendliness.

The controversy in Winthrop House escalated in April when Danu A.K. Mudannayake ’20 — a Crimson design editor and activist who has led calls for Sullivan to step down as faculty dean — and Winthrop tutor Carl L. Miller filed conflicting police reports against each other after a confrontation in the house dining hall.

The Millers’ lawyer, George J. Leontire, said he believes the student protesters have acted inappropriately towards his clients. 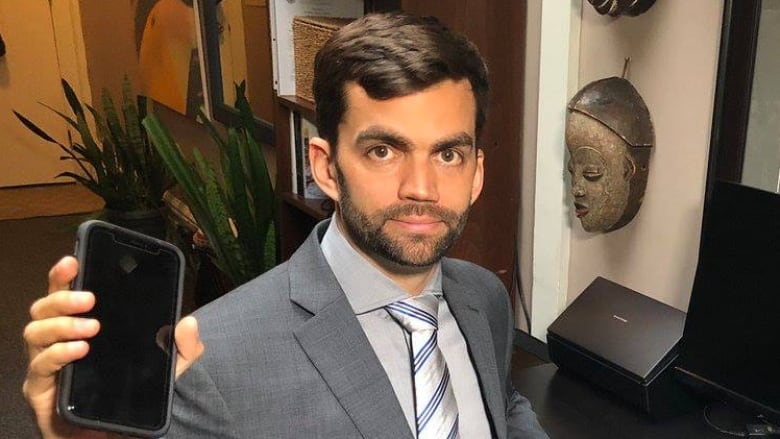 As more people travel with smartphones loaded with personal data, concern is mounting over Canadian border officers’ powers to search those phones — without a warrant.

“The policy’s outrageous,” said Toronto business lawyer, Nick Wright. “I think that it’s a breach of our constitutional rights.”

His thoughts follow a personal experience. After landing at Toronto’s Pearson Airport on April 10, he said the Canada Border Services Agency (CBSA) flagged him for an additional inspection — for no stated reason.

Wright had just returned from a four-month trip to Guatemala and Colombia where he studied Spanish and worked remotely. He took no issue when a border services officer searched his bags, but drew the line when the officer demanded his passwords to also search his phone and laptop.

He said the officer then confiscated his phone and laptop, and told him the items would be sent to a government lab which would try to crack his passwords and search his files.

The Liberals want to amend the CBSA Act — will the bill include promised external oversight? 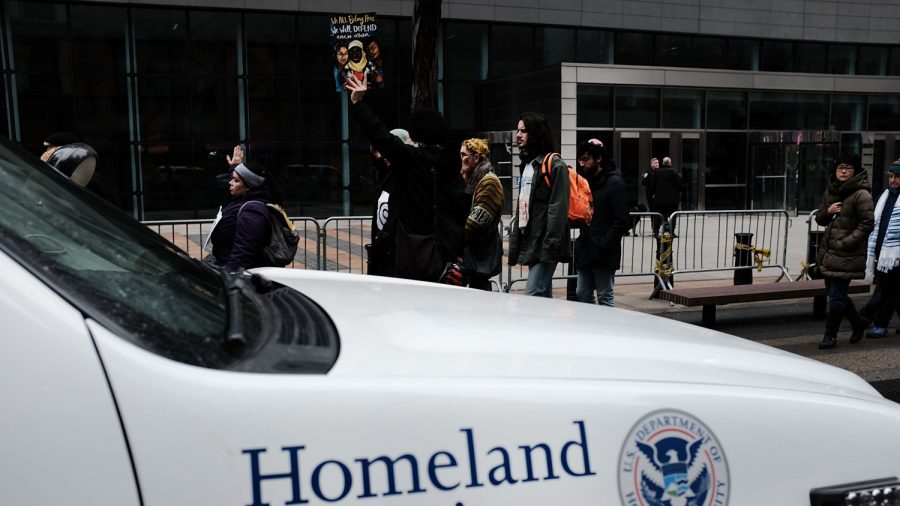 Anarchists on April 30 flooded the office of a Portland lawyer who represents the union for agents of U.S. Customs and Immigration Enforcement (ICE).

Since last year, Portland has been the setting of many so-called “Abolish ICE” protests. The local ICE building was shut down in June amid a days-long protest. Even being affiliated with ICE may bring the vandals.

A garden hose was pushed by the vandals through the mail slot of Sean Riddell’s law office, according to Willamette Week. The main floor and the basement were soaked.

“We decided to congratulate him on his new building by unraveling his garden hose, pushing it through his mail slot, and turning on the water,” read an anonymous letter sent to Willamette Week by the self-identified anarchists. “Our goal was to cause the maximum economic damage, that should serve as a warning to all individuals and businesses that profit off the human misery perpetrated by ICE.”

The anarchists stated that they vandalized Riddell’s new law office because “he bought it with funds earned by representing the ICE union,” reported Willamette Week. Riddell moved into the office in November.

Riddell said that although thousands of dollars in water damage was done, it may be covered by his insurance. Nonetheless, he criticized the vandals actions as cowardly.

Questions lingered yesterday after the Director of Public Prosecutions (DPP) Biswalo Mganga disclosed that his office was holding an Arusha-based lawyer whose whereabouts had triggered a social media storm last week.

"I have heard the DPP saying that he is detained for various offenses, but I have not been able to see him. I am a house wife with four children. Please grant me the right to see my husband." Advocate Maneno Mbunda's wife, Mwanaisha Omari pic.twitter.com/P4JK9BmmKW

Thank you for your support on this.
Bring back advocate Maneno Mbunda https://t.co/iEKZBJWo8e