Turkey: Turkish Lawyer who represents a torture victim was also tortured and detained

Ahval reports that a Turkish lawyer whose name is Erdem Semih Yildiz was detained and tortured in Ankara Police HQ. Erdem Semih Yildiz who was a lawyer* in a case in which many defendants were tortured, was detained and also tortured. In his statement dated 12 March 2019 before the prosecutor victim lawyer said he was subjected to physical and psychological torture during police custody.

‘I used my right to remain silent in the Police Station. I will testify here. Before I make my defense regarding the accusation, I would like to describe the treatment I was exposed in Police Station. I do not want to proceed in the defense before telling these.’

Lawyer continued his statement as follows:

‘I was treated harshly when I was taken into custody. I was taken to the police station from the place I was taken by being handcuffed behind my back. When I entered the station, I was made to kneel in front of a dirty wall. One police officer fell on me. A high ranking person asked the password of my phone. I told him that I could not give him the password as the correspondence of me with my clients were in it. The officer punched two times on my chest. He asked me my address of residence. I did not want to tell. He told me that I know how to make you tell me and he said if I didn’t know what they do to people there with batons.’ 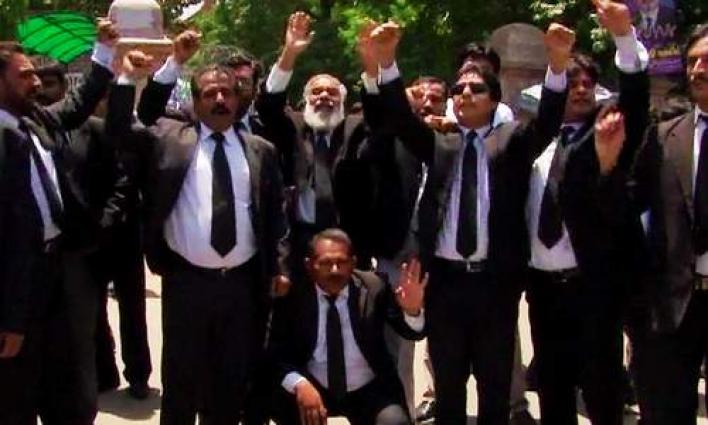 The legal fraternity on Friday observed strike in protest against an anti-terrorism court (ATC) decision of handing down 18 years jail term to a lawyer for attacking a judge in Jaranwala.

The lawyers boycotted the court proceedings at sessions courts, civil courts and other subordinate courts on a call, given by the Punjab Bar Council. However, no boycott was observed at the LahoreHigh Court and the lawyers continued to appear in courts.

The strike seriously affected litigants, whose cases were adjourned due to non-availability of their counsel.

The speakers questioned the sentence handed down by an ATC to Advocate Imran Munj in such a hasty manner without hearing the defence counsel. They said that the court gave an illegal decision and the lawyers community condemns it.

They demanded the LHC chief justice to suspend the decision by using his revisional powers; otherwise, a joint meeting would be held to decide the future course on May 28. 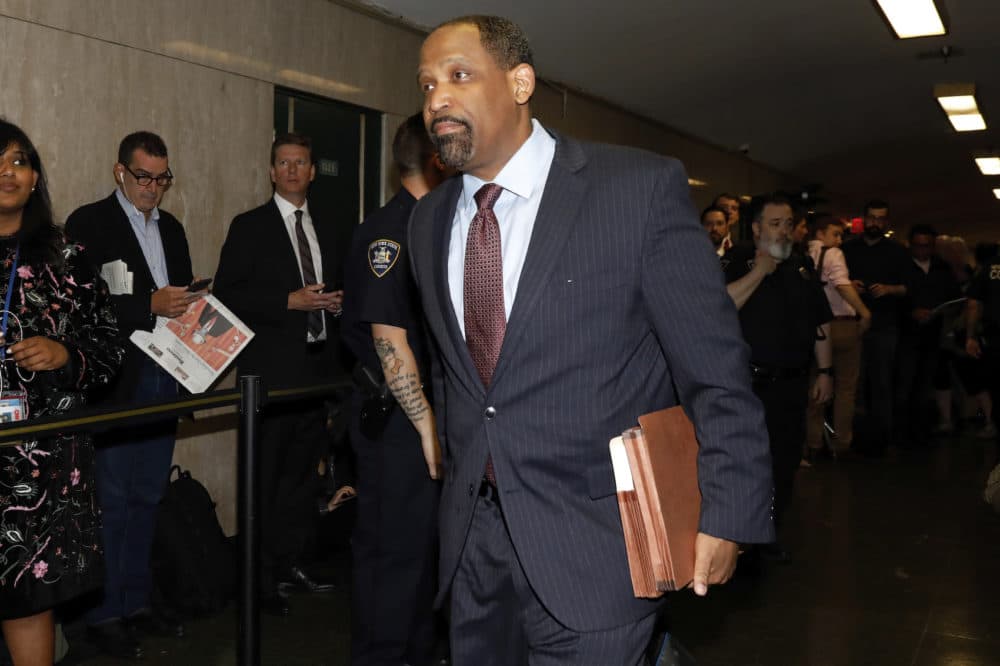 On May 11, Harvard University’s dean of the college Rakesh Khurana announced that the faculty dean of Winthrop House, Ronald S. Sullivan, Jr., would be removed from his position. The news comes five months after Sullivan, a professor at Harvard Law School, announced that he would serve as a lawyer for Harvey Weinstein, who currently faces multiple criminal charges for sexual misconduct.

Sullivan’s decision to represent Weinstein provoked immediate backlash among some Harvard students, who incited numerous protests and created online petitions. The students claimed that Sullivan’s defense of Weinstein conflicted with his role as faculty dean of Winthrop House, a position which requires him to foster a sense of community within the house.

In response to the backlash, Harvard initiated a month-long “climate review” process, which assessed whether students felt “homophobia, elitism and friendliness” were present within Winthrop House — questions which gauged students’ reactions to Sullivan without explicitly naming him.

The results of the climate review have not been publicly released. However, even though Harvard also considered allegations that Sullivan created a hostile work environment within Winthrop — a claim that is unconnected to Sullivan’s representation of Weinstein — the immediate and obvious impetus for this investigation was Sullivan’s choice to represent an unpopular client. There is nothing wrong with Sullivan’s decision as a lawyer to defend Weinstein. The right to counsel is a cornerstone of our legal system, and even characters as unsavory as Harvey Weinstein deserve a fair trial. To fire Sullivan solely on the grounds of representing an unpopular client would be blatantly unjust. But Harvard only removed Sullivan after extensive student backlash, raising the question of whether student opinions were what ultimately determined the university’s decision.

Lawyers of the Howrah district court and the staff of Howrah Municipal Corporation, premises of which are located opposite to each other, had allegedly clashed over issues relating to the parking of vehicles.

Lawyers suspended their strike on Friday after a month-long of absolute shutdown across courts in Bengal, which was called to protest alleged excesses by police during a clash between advocates and civic employees in Howrah.

Bar Council of West Bengal vice-president Siddhartha Mukhopadhyay said that lawyers have been requested to join work from Saturday.

“The Bar Council executive has decided to temporarily suspend the ceasework till September 2, when it will discuss a report that will be placed by the one-man commission appointed by the Calcutta High Court to look into the issue,” Mukhopadhyay said.

The report is likely to be submitted before the high court in the last week of August.

A division bench of the high court appointed the commission after hearing a suo motu case initiated by Chief Justice T B N Radhakrishnan with regard to the clash that occurred on April 24.

Several persons, including lawyers, were injured in the incident when police allegedly entered the Howrah court premises, without requisite permissions, and baton charged to control the mob.