Anambra State High Court sitting at Otuocha has ordered the Commissioner of Police in the State and two others to pay the sum of fifteen million Naira, to Mr Emmanuel Chinenye Arinze as damages for infringing on his fundamental rights.

The order was made following an application for Fundamental Rights Enforcement made to the court by Chinenye Arinze through his team of lawyers led by Prof Ilochi Okafor,SAN and seven others.

In his statement on oath in support of the application, Mr Arinze alleged that the officer in charge of Aguleri Police Area Command, Mr Abdu Osu, and another police officer, sergeant Oviaede Mamode had on December 3rd, 2018, arrested, tortured, humiliated and detained him in a police cell at Aguleri Area Command till the following day, being December 4, 2018.

The applicant stated that this action by the two officers who were working as agents of the state commissioner of Police was unconstitutional and a gross violation of his fundamental rights to dignity of human person, personal liberty and freedom of movement, as guaranteed under sections 34,35 and 41 of the 1999 Constitution.

He, therefore, prayed the court to declare the action of the officers who are the 1st and 2nd respondents in the case, as a violation of his fundamental human rights.

The victim further asked the court for an award of damages in the sum of One Hundred million Naira, for the breach of his rights.

On 4 May 2019, Sultana Kamal filed a complaint at the Dhanmondi Police Station in Dhaka, detailing a threat on her life and requesting protection from state authorities. The death threat against her was made by the militant Islamist group Jamaat-ul-Mujahideen Bangladesh in their online publication ‘Lone Wolf’ dated March 2019.

Sultana Kamal is a human rights defender and lawyer known for her work on civil and political as well as gender rights. She is currently the chairperson of several human rights organisations, including South Asians for Human Rights, Transparency International Bangladesh and We Can Bangladesh. Sultana Kamal is also the co-chairperson of the Chittagong Hill Tracts Commission. For over 15 years, she served as the Executive Director of Ain o Salish Kendra (ASK), a legal aid and human rights organisation in Bangladesh.

The death threat against Sultana Kamal was published in the March 2019 issue of ‘Lone Wolf’, a publication of the militant Islamist group Jamaat-ul-Mujahideen circulated on the Telegram messaging app. Sultana Kamal’s name was mentioned in a list of “targets” identified by the group alongside suggestions of possible ways to kill them. She and a few others were also labelled as ‘murtad’ or apostates in the publication.

This is not the first time that Sultana Kamal has received threats from fundamentalist groups. On 2 June 2017, another hardline Islamist group named Hefazat-e-Islam had threatened her with arrest, exile, and violence for disagreeing with one of their representatives on a TV show.

Egypt: COMMITTEE FOR JUSTICE GETS UN SUPPORT FOR THE CASE OF HUMAN RIGHTS DEFENDER “EZZAT GHONEIM” 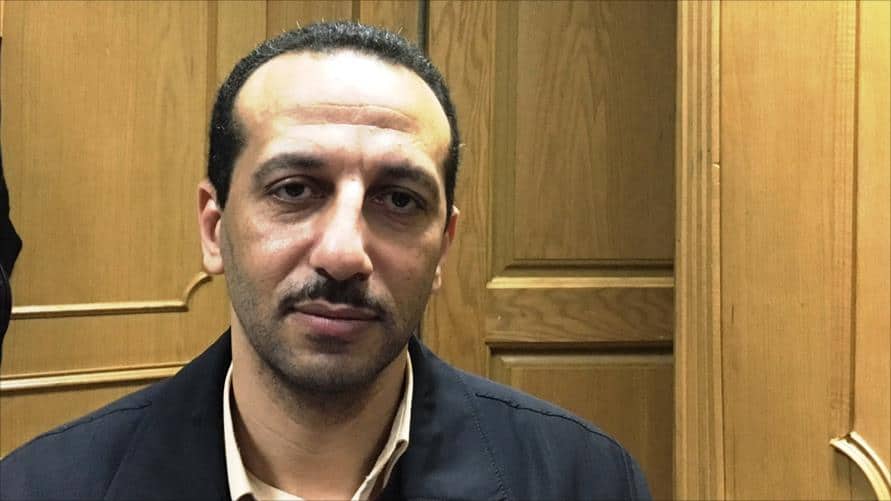 The UN Working Group on Arbitrary detention announced at the Human Rights Council its support for the request submitted by “Committee for Justice” for the release of Egyptian human rights defender Ezzat Ghoneim and investigation of the violations he endured.

The Working Group noted that the Egyptian rights activist, Ezzat Ghoneim, endured a first category  arrest, through being detained without proper legal basis in absence of the protection of law, which was followed by being enforcedly disappeared and not taken directly to an investigations judge to determine the legality of his detention.

It added that the case of Ezzat Ghoneim also applies to the second category of detention, since his arrest was a direct result of exercising his rights given that his activity is not considered a crime, and even if his accusation of spreading false news was true, in democratic societies this doesn’t justify his arrest.

Azerbaijan: ICJ publishes recommendations on the role and independence of lawyers in Azerbaijan The recommendations published today follow the Conference on the Independence of the Legal profession held by the International Commission of Jurists (ICJ), the Council of Europe (CoE) Office in Baku and the Azerbaijan Bar Association (ABA) in Baku, on 15-16 November 2018.

The Conference created much-needed space for a dialogue on the issue of independence of lawyers in Azerbaijan with both national and international stakeholders, as lawyers from Azerbaijan, Georgia, Kazakhstan, the Netherlands, the Russian Federation, Switzerland, Turkey, Ukraine, the United Kingdom and Uzbekistan shared their experiences and good practices in addressing challenges to the independence of lawyers. Drawing on the discussions at the Conference, and taking into account key findings of the ICJ report of 2016 “Defenceless Defenders: Systemic Problems in the Legal Profession of Azerbaijan” as well as more recent legislative and administrative developments, the ICJ makes recommendations aimed at strengthening the role and independence of lawyers and improving access to justice in Azerbaijan. The recommendations are informed by international law and standards on the role of lawyers and cover four main aspects: adequacy of the number of lawyers to ensure access to justice; the examination procedure for qualification as a lawyer; professional ethics of lawyers and disciplinary proceedings against lawyers.

As yet another independent lawyer faces disbarment&victims of HR violations risk losing legal aid, @coe should review it's cooperation w Aze Bar Association & @ECHR_Press should speed up examination of disbarment cases from #Azerbaijan as domestic courts did not do justice. https://t.co/ROeEUBVG3f