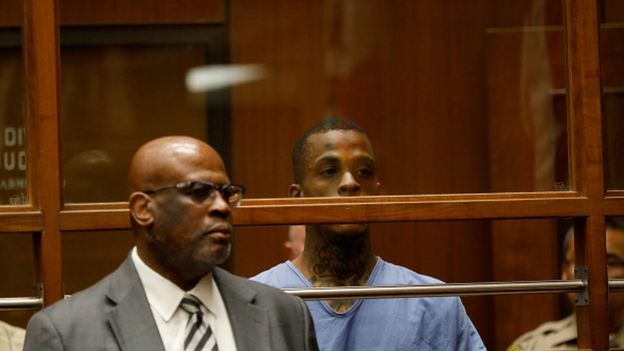 Chris Darden said it was because “threats” had been made to members of his family including his children.

In April Nipsey Hussle, whose real name was Ermias Asghedom, was shot multiple times outside a clothing shop he owned in Los Angeles.

Eric Holder, 29, is awaiting trial over the shooting and faces life in jail if convicted.

He said he would continue his work as a lawyer but would no longer be defending Eric Holder.

Chris Darden is one of the most well-known lawyers in the US. He was a prosecutor during the famous OJ Simpson trial in 1995.

Former American football star and actor OJ Simpson was found not guilty of the murders of his ex-wife Nicole and her friend Ronald Goldman.

Darden claimed threats were made against him when he worked on that case and said he was disappointed that things hadn’t changed.

“These days these cowards don’t send letters instead they sit anonymously behind keyboards threatening a man’s mother and children.

“And some folks think that’s funny. It isn’t and I won’t ever forget it. Their lies and threats will never deter me from my mission,” he said.

Pakistan: Aasia Bibi’s lawyer will now plead the case of a Christian couple on death-row 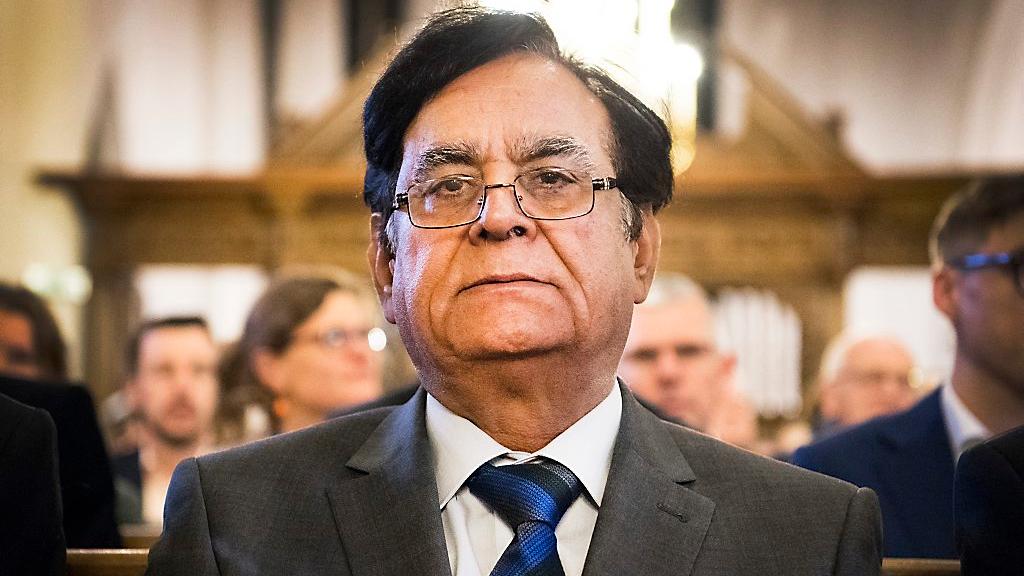 Saiful Malook, the lawyer who pleaded the case of Aasia Bibi is all set to fight the case of a Christian couple who are now on death row for committing blasphemy.

The couple was directed to pay Rs100,000 fine each and in case of default, they would further undergo six months’ imprisonment.

Shagufta Kausar and Shafqat Masih were given death sentence under Section 295-C of the Pakistan Penal Code (PPC) read with Section 34 of the PPC by the additional sessions judge of Toba Tek Singh on April 4, 2014.

Saiful Malook advocate confirmed to a private source that he had submitted his Vakalatnama in the LHC to plead their case, saying that he had already met with Kausar in Multan jail.

Malook – who was offered citizenship by EU countries but returned to Pakistan to play his role in human rights matters – said Kausar is lodged in the same death cell, where Bibi was imprisoned before her acquittal in the blasphemy case by the Supreme Court late last year.

The couple’s appeal is pending in the Lahore High Court (LHC) and a hearing is likely to be fixed soon.

Three Thai activists facing charges of insulting the monarchy have disappeared after reportedly being arrested in Vietnam, rights groups said on Friday, months after two exiled critics of the military and monarchy turned up dead.

Thailand’s deputy prime minister, Prawit Wongsuwan, denied the three activists were in Thai custody, as has been reported by the Thai Alliance for Human Rights.

Chucheep Chiwasut, who broadcasts political commentary to Thailand from exile, and fellow activists Siam Theerawut and Kritsana Thapthai were reportedly turned over to Thai authorities by Vietnam on May 8, Human Rights Watch said in a statement.

Siam and Kritsana were also under police investigation for lese majeste, the rights group said.

Article 112 of Thailand’s criminal code says anyone who insults the king, queen, heir or regent faces punishment of up to 15 years in prison.

Human rights groups have accused the ruling military of applying the lese majeste law more widely since a 2014 military coup as a way to silence critics.

Separately on Friday, a former law student was released from jail a month before the end of his two and half year sentence for a 2017 lese majeste conviction.

Jatupat Boonpattaraksa, an activist and critic of the ruling junta, was jailed for posting a profile of King Maha Vajiralongkorn published by the BBC’s Thai-language service that was deemed offensive.

His release was part of a royal amnesty for thousands of prisoners to mark the king’s May 4-6 coronation.

Sudan: Lawyers and judges to protest in Khartoum May 14 /update 71

Democratic Alliance of Lawyers calls for lawyers and judges to protest in Khartoum on May 14; further opposition demonstrations likely

The Democratic Alliance of Lawyers is calling on lawyers and judges throughout the country to protest in Khartoumon Tuesday, May 14, to demand the rule of law be reinstated. Demonstrators are being asked to gather on Abdel Moneim Mohamed Street, west of the Supreme Court buildings, starting at 13:00 (local time). Opposition organizations, including the Sudanese Professionals Association (SPA), are supporting the protest. The lawyers are also calling for judiciary reforms and for the right to fair trials to continue to be upheld by the courts. Heightened security measures and localized traffic disruptions are expected in the area.

President Omar al-Bashir was removed from office on April 11 following a military coup led by Defense Minister Awad Mohamed Ahmed Ibn Auf. Following the formation of the Supreme Security Committee, Ibn Auf announced that the military had dissolved the government, suspended the constitution, and would rule the country for two years in a transitional government – known as the Transitional Military Council (TMC) – after which time fresh presidential elections would be held. However, Ibn Auf and his deputy resigned on April 12; Lieutenant General Abdel Fattah Abdelrahman Burhan was later named the head of the TMC. Opposition leaders and the TMC have held negotiations over the composition of the council, although both sides have disagreed on the scope of the military’s role in the new government.

Separately, the SPA announces a protest by lawyers & judges on May 14 to demand rule of law be reinstated, the judiciary reformed, and the right to fair trial upheld in #Sudan: https://t.co/Oafm9URkxn 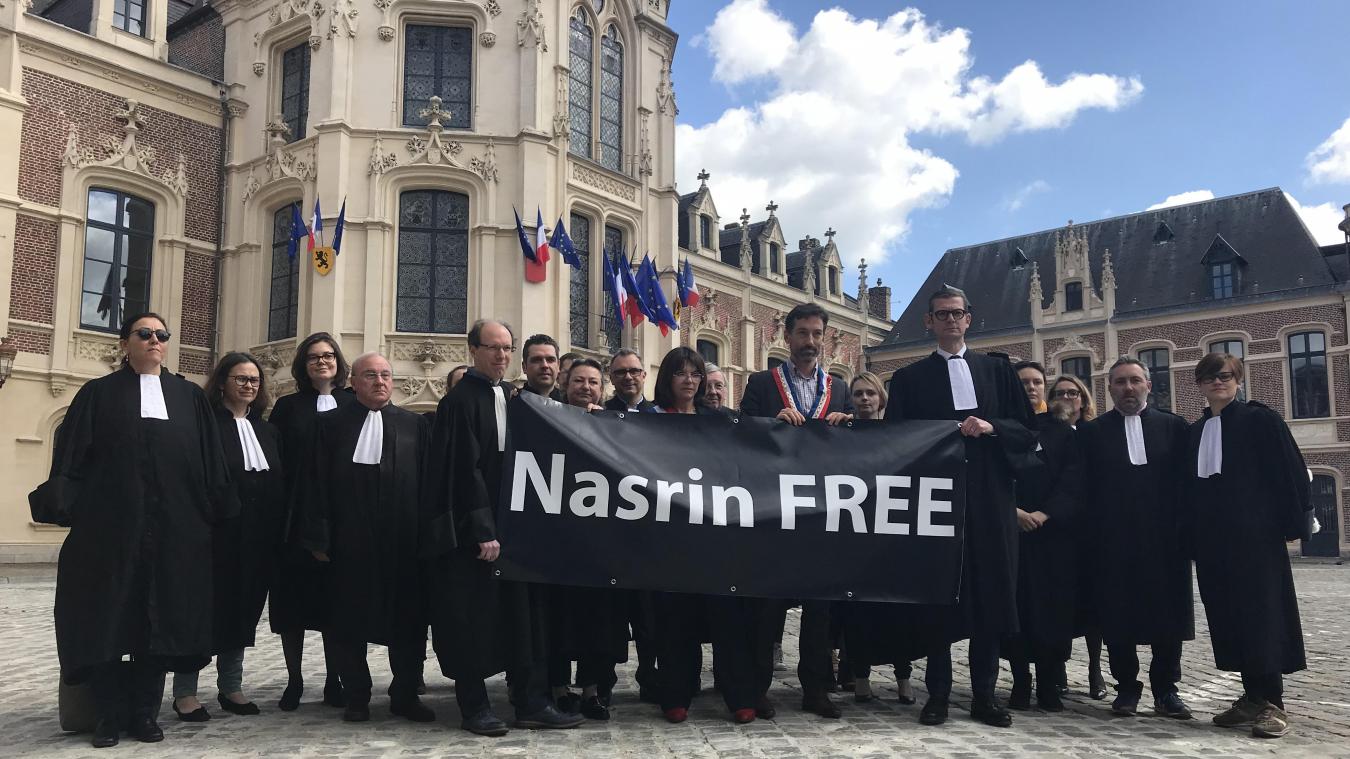 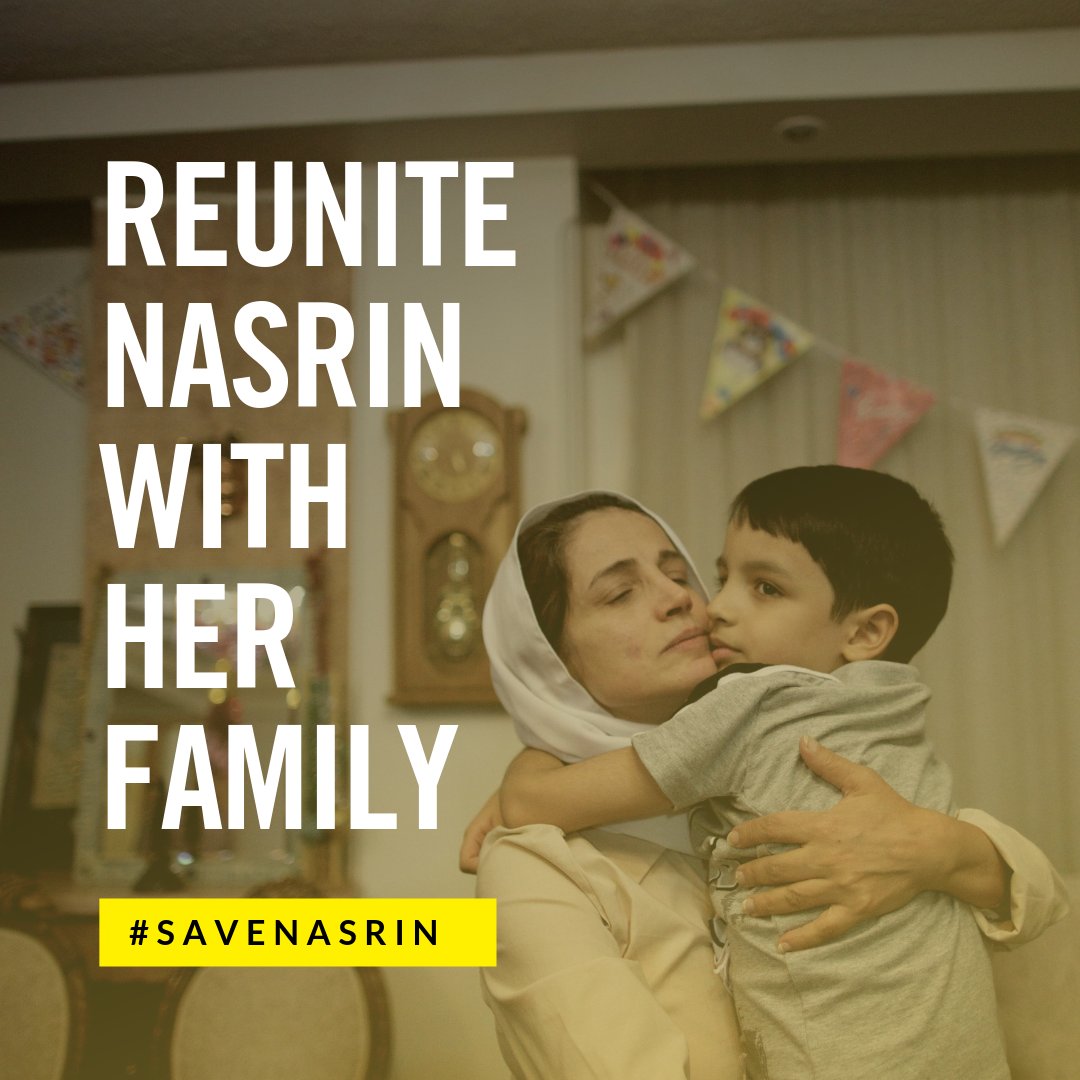 Authorities in the southwestern region of Guangxi have detained a prominent human rights lawyer who spoke out about curbs to China’s legal profession and the abolition of term limits by President Xi Jinping.

Chen Jiahong is currently under criminal detention at Guangxi’s Yulin Detention Center, on suspicion of “incitement to subvert state power,” RFA has learned.

According to fellow Guangxi lawyer Tan Yongpei, Chen’s detention came after he posted a video to social media in which he calls for “an assassination commando,” and to be “rid of this evil bureaucracy,” in an apparent reference to the ruling Chinese Communist Party.

Chen also called for a democratic process to work towards constitutional government in China, Tan said.

“The police went out and detained him less than an hour and a half after the video was posted,” Tan said. “Now that Chen Jiahong has shouted this out in public, the government will deem it to be publicly inciting subversion of state power.”

“This crossed a red line for them,” he said.