Russia: With So Many Political Prisoners, What’s Putin Afraid Of?

His party won the 2018 elections with 77 percent of the vote.

He has consolidated his control of the Russian media.

Most of his rivals have either died or been driven into exile.

Now he can deploy his country’s wealthiest oligarchs to pursue the Kremlin’s agenda — just as he did after U.S. President Donald Trump won the 2016 election. So why is the Russian president so scared?

One might think an autocrat who has rigged his nation’s political rules to stay in power would have little to fear from dissidents. Allowing a nominal opposition might even have benefits, such as relieving economic pressure from the U.S. and its allies in the West and making it easier for his henchmen to spend their fortunes.

Nevertheless, Putin remains afraid of dissent. Consider a report released this week by the Coalition to Free the Kremlin’s Political Prisoners. Composed of a dozen Western and Russian non-governmental organizations, the group found that as of March 25, Russian jails held 236 political prisoners.

That is more than five times the political prisoners Russia held in 2015, when the total was just 46. At a press conference Monday, exiled opposition leader Vladimir Kara-Murza provided yet more perspective for that figure.

When the famous physicist and dissident Andrei Sakharov won the Nobel Peace Prize in 1975, he claimed the Soviet Union held 126 prisoners of conscience.

It’s extraordinary to think that today, nearly 30 years after the collapse of the Soviet Union, Russia holds almost twice as many. Today’s Russian political prisoners include journalists, activists and lawyers. Some are falsely charged with serious crimes such as murder and embezzlement.

Colombia/UK: Human rights and the rule of law in South America examined

On 30 April 2019, the Law Society’s international human rights adviser, Dr. Marina Brilman, gave evidence to the Foreign Affairs Select Committee on the rule of law and human rights in South America. The Law Society submitted written evidence in November 2018. The main subjects addressed in the session were:

Guangxi lawyer #ChenJiahong who was taken away on 29 April was also suspended from practice on that day. He had applied to change to another law firm for 2.5 years. https://t.co/BDbLcaJE6V

The UN urges China to improve its human rights record

N.B.: Lawyer Chen is under criminal detention on suspicion of “inciting subversion of state power.” His practising license was invalidated at the same time (his request to change the law firm was delayed for 2 years and 6 months by the authorities.)

Hong Kong: Rival alumni groups in fight over whether jailed Occupy co-founder Benny Tai should be sacked from post at University of Hong Kong 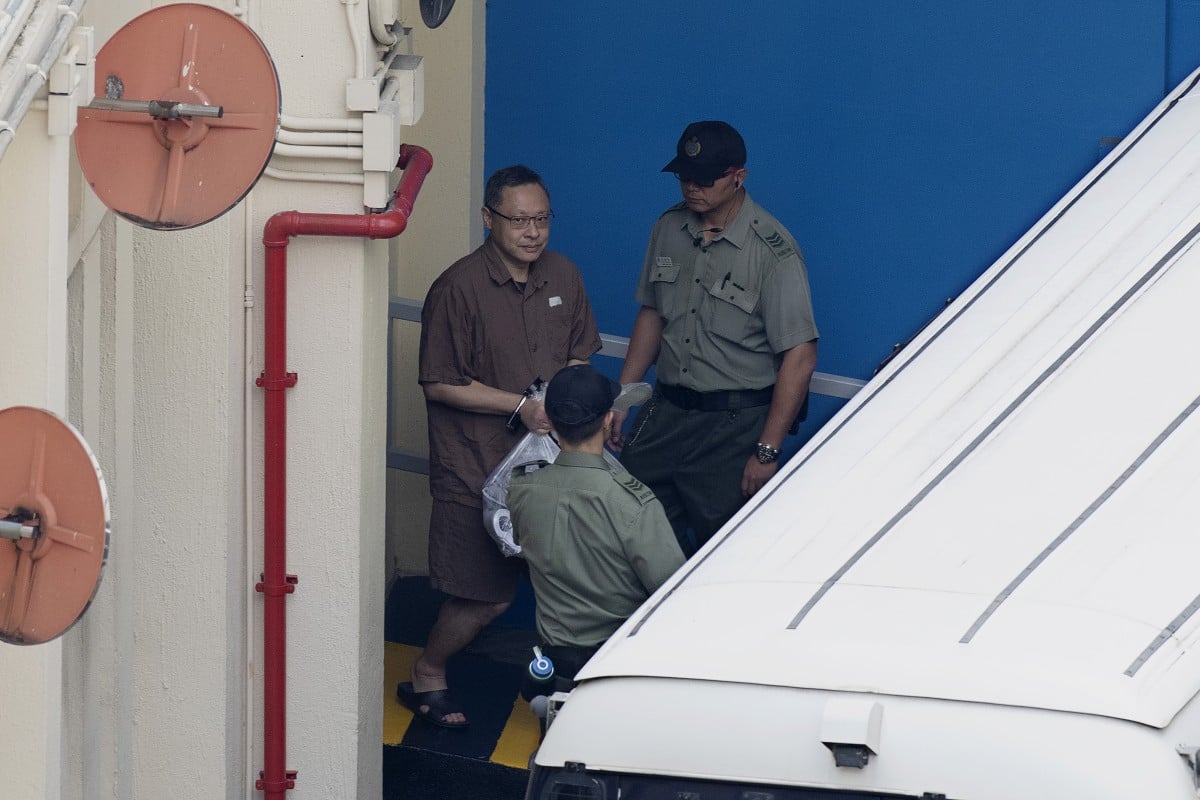 A row over whether jailed Occupy co-founder Benny Tai Yiu-ting should be immediately dismissed from his teaching job has escalated with rival alumni groups issuing petitions to the University of Hong Kong.

Students, meanwhile, spoke highly of Tai’s contribution to democracy and the university’s law school, and also launched their own petition.

The HKU associate law professor, who was among four Occupy leaders jailed
last week for public nuisance charges over the 2014 protests, was sentenced to 16 months’ imprisonment.

In a petition to the university’s vice chancellor Zhang Xiang and governing council chairman Arthur Li Kwok-cheung, a group of 29 alumni asked HKU to immediately launch a disciplinary inquiry against Tai, 54, for advocating civil disobedience “in the disguise of an academic”. 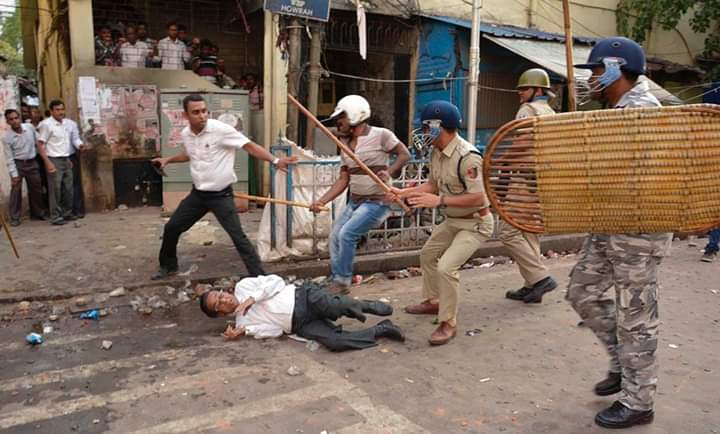 An advocate on Tuesday filed a public interest litigation (PIL) in Calcutta High Court, seeking compensation of Rs 50 Lakh for each of the Howrah Court lawyers seriously injured in the clash with police on the court premises last week.

UPDATE MAY 1, 2019: Today’s hearing at High Court, Calcutta : Howrah Court was incorporated as party in the proceedings, the next hearing is fixed up on May 8, 2019 for filing reply affidavits by the High Court Administration and Howrah Court, meanwhile police is directed to ensure no law and order be disturbed at the time of Lok Sabah Election at Howrah to be held on May 6, 2019. South Sudanese authorities should promptly undertake an independent and effective investigation into the apparent extrajudicial execution of two outspoken critics of the government, Amnesty International and Human Rights Watch said today. Previously unidentified assailants snatched Dong Samuel Luak, a prominent South Sudanese lawyer and human rights activist, and Aggrey Ezbon Idri, a member of the political opposition, from the streets of Nairobi, Kenya in January 2017.
On April 30, 2019, the United Nations Panel of Experts on South Sudan issued a report finding that South Sudan’s National Security Service (NSS) kidnapped Dong and Aggrey in Nairobi on January 23 and 24, 2017 respectively. The UN experts said that the two men were flown to South Sudan on a commercial plane chartered with the help of South Sudan’s embassy in Nairobi on January 27. They were detained in the NSS headquarters at Jebel in the capital, Juba, then moved to the NSS training facility on President Salva Kiir’s farm in Luri, near Juba. The panel of experts concluded that it is “highly probable” that the two were executed there on January 30, 2017.
“The UN experts panel’s finding that Dong and Aggrey were most likely murdered days after their abduction while family and friends were stonewalled by Kenyan and South Sudanese authorities shows shocking cruelty,” said Jehanne Henry, associate Africa director at Human Rights Watch. “South Sudanese authorities should stop blocking this case and grant independent investigators access to security facilities in Jebel and Luri.”
…

I am sad, my friend Dong Samuel Luak, prominent South Sudanese lawyer confirmed dead after being kidnapped by South Sudan regime apparatus.Don survived the brutality of Bashir to be killed by the leader of the country he dreamed of …..
https://t.co/JQM9k0GRgI

China: ‘China’s Gandhi’ Gets Out of Jail, Fellow Rights Lawyer Watched by Police

Authorities in the southern Chinese province of Guangdong on Tuesday released a human rights lawyer known as “China’s Gandhi” at the end of his sentence for subversion.

Tang Jingling served a five-year jail term after being found guilty of “incitement to subvert state power” by the Guangzhou Intermediate People’s Court in the provincial capital.

“Overall I’m not doing too badly,” Tang told RFA shortly after his release on Monday.

Tang’s first act on his release was to travel to pay his respects at his mother’s grave in Jingzhou city, in the central province of Hubei. But he said he would need to go back to Guangzhou soon.

“During my post-release medical, they found some kidney stones that are growing pretty fast, so I plan to go back to Guangzhou pretty soon to sort out my health problems,” Tang said.

“I would like to thank everyone who helped and supported me. You are the reason we were able to get through this difficult time,” he said.

Tang said he still plans to keep fighting for a free and democratic China, but after he has restored himself to better health.

ERASED: Wang Quanzhang was arrested in a mass crackdown by Chinese authorities in July 2015 and has not been seen by his family since, despite being sentenced to jail

Human rights groups and Democratic Progressive Party (DPP) lawmakers yesterday called attention to imprisoned Chinese lawyer Wang Quanzhang (王全璋), saying that his family do not know if he is alive and that the Chinese government has blocked all information regarding his case.

“We ask for Taiwanese and the international community to support this cause, as we believe Wang has been tortured and mistreated in prison, and all requests by his family to visit him have been rejected,” Taiwan Support China Human Rights Lawyers Network convener Kuo Chi-jen (郭吉仁) said.

Wang was among more than 200 human rights activists and lawyers arrested in a mass crackdown by Chinese authorities on July 9, 2015, and was the last to go on trial.

A court in Tianjin, China, in January found him guilty of “subverting state power” and sentenced him to four years and six months in prison.

“The court conducted a secret trial, and Wang’s family and lawyer did not get to see him. Chinese authorities have imposed a total ban on any information about Wang and his case,” Kuo said.