Germany: Seda Basay-Yildiz: NSU 2.0 is said to have threatened a lawyer again 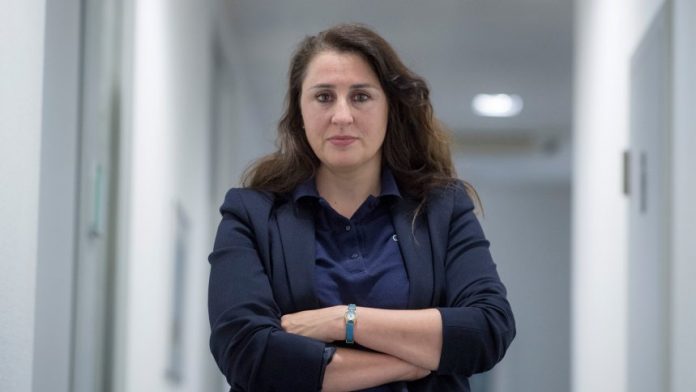 The Frankfurt lawyer Seda Basay-Yildiz has once again received an “NSU 2.0”, signed threatening letter, reported the Süddeutsche Zeitung (“SZ”). Again data is to be used, which are only found in the reporting tab: In the letter the name of Basay-Yildiz’ family members, who are registered under your address.

“that’s not something you can find out about the social networks,” said Basay-Yildiz the “SZ”. This points again to the fact that the perpetrator has access to police data.

In August 2018 Basay had reimbursed Yildiz display due to a addressed to Drohbriefes, signed with “NSU 2.0”. The ensuing investigation revealed in December, an extreme right-wing cell within the Frankfurt police. Then, five officers were suspended from service.

The renewed threatening letter suggests, however, that even this time the police have been used data and it is directly related to the suspension of the Frankfurt police: “You brain-dead shit-Doner is obviously not aware of what you did to our police colleagues did”, citing the “SZ” from the letter.

As a lawyer Basay-Yildiz represented, among others, relatives of a murder victim in the NSU-process and last the to Tunisia expelled the Islamists Sami A. police officers had assured her now, there is no risk for you. But they had offered her at the same time, to obtain a permit for their own protection, reports the “SZ”. Few human rights lawyers are brave enough to work in Crimea these days. A recent letter from Russia’s Ministry of Justice to Crimean defense lawyer Emil Kurbedinov threatening his profession is yet another stark reminder that Russian authorities intend to keep it that way.

Last month, Kurbedinov was arrested on charges of “public distribution of extremist materials” and sentenced to five days in jail for a 2013 social media post about a meeting in Crimea of supporters of Hizb ut-Tahrir, an Islamist political movement opposed to violence. Hizb ut-Tahrir is banned in Russia as a terrorist organization but operates legally in Ukraine. Kurbedinov had previously spent ten days in jail in 2017 after the court sentenced him on the same charges and for the very same post, but made on a different social media site.

Shortly after his release on December 25, Russia’s Justice Ministry sent Kurbedinov and the Crimean Bar Association letters requesting that Kurbedinov be expelled from the bar association by March 1 because of alleged involvement in “extremist activities.” The head of Hong Kong’s professional body of lawyers has vowed to continue engaging with their mainland Chinese counterparts, despite warning signs that such efforts may not be entirely welcome.

Chairman of the city’s Bar Association Philip Dykes said that he hopes to raise the city’s legal profile internationally, as well as foster “better understanding” between local and mainland lawyers.

“We are not trying to proselytise,” he told HKFP in an interview. “We are two completely different systems… We are just trying to understand what the differences are, so as to better understand one another.”

However, questions remain about whether the body – which some say has grown more critical of the government under Dykes’s leadership – has soured its relationship with Beijing.

Dykes had previously said he had no problem getting along with China. That statement may soon be put to the test: by tradition, Hong Kong’s barristers are invited to visit Beijing every year, or every other year.

No such invitation was extended in 2018, and it remains to be seen if either side will make overtures.

‘Not conducive to confidence’

Over the past year, the Bar Association has issued statements against the joint checkpoint at the high-speed rail terminus, screening of election candidates, personal attacks against judges, the expulsion of Victor Mallet, and the Chinese government’s treatment of human rights lawyer Wang Quanzhang.

“The Bar Association will not be silent on a major issue just for fear that it antagonises someone,” Dykes said.

Tensions between Hong Kong and Beijing lawyers came to a head in August, after Peking University stopped two barristers from teaching a course on common law. Dykes was also disinvited from the course’s graduation ceremony in Beijing.

Across Sudan, pharmacists have shuttered their stores, doctors are only admitting emergency cases, and the dentists are on strike. The head of the doctors’ union is in prison, as is his deputy and several members of the group’s executive committee. Several more doctors and medical students are hospitalised with gunshot wounds.

So far 40 demonstrators are reported to have been killed and over 1,000 detained since nationwide anti-government protests began on December 19. Alongside medical practitioners, lawyers, teachers and engineers are leading calls for long-standing autocrat Omar Al Bashir to step down.

On Sunday, the Sudanese Professionals Association, an umbrella group of unions and syndicates, organised protest marches in five cities across Sudan, including two in the Darfur region for the first time.