Pakistan: No end to lawyers’ strike in Islamabad in sight 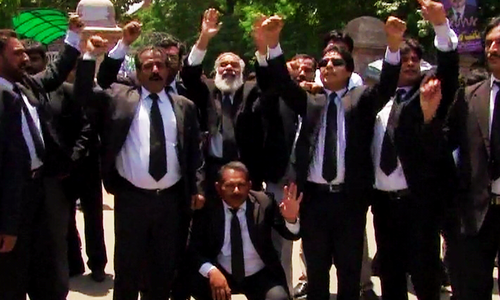 Representatives of lawyers of the federal capital on Wednesday announced to continue their strike which is entering its third week.

The district bar association convened a general body meeting in the bar room in F-8 markaz.

According to District Bar Association Islamabad President Riasal Ali Azad said they have decided to continue the strike till their demand regarding the rotation of judges of the subordinate judiciary is met.

The outgoing chief justice, Mian Saqib Nisar had in February assured lawyers of rotation of judges of the subordinate judiciary in Islamabad to other provinces and that necessary legislation will be done to give this legal cover soon as well.

Attorney General Anwar Mansoor Khan had submitted a proposal before the Supreme Court that allowed the posting of judicial officers in different ministries and divisions within the federal capital.

The district bar has already rejected the proposal and threatened to ‘lockdown’ the federal capital if the proposal is not revised and judicial officers are not transferred to judicial services in the four provinces. 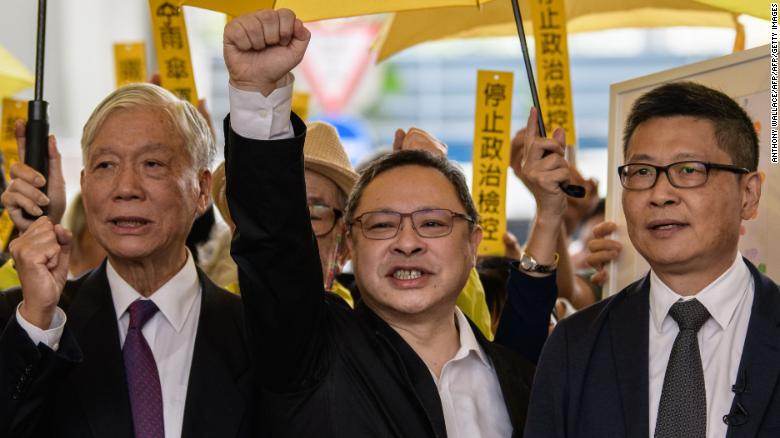 “If this is the cup I must take, I will drink with no regret.”

Benny Tai was defiant and emotional as he faced the court. Outside, he and his fellow defendants raised their fists and supporters displayed yellow umbrellas, the symbol of Hong Kong’s beleaguered pro-democracy movement.
That movement is looking shakier than ever, as Tai and others begin the new year facing possible jail time — up to seven years in prison — for their roles in inspiring the 2014 Umbrella Movement, when tens of thousands of people took to the streets of the semi-autonomous Chinese city demanding elections free of Beijing’s interference.
Several thousand people — including former Umbrella leaders — took part in a traditional New Year’s march Tuesday, warning of “shrinking freedoms” and issuing a call for greater democracy. They were joined by a small group of pro-independence demonstrators, some of whom said they faced harassment and intimidation ahead of the gathering.
On Wednesday, a spokesman for the Hong Kong government reiterated “its zero tolerance on ‘Hong Kong independence’.”
Police and organizers estimated the crowd to be roughly half that of last year’s march, which will be a concern for the pro-democracy camp as they face a difficult 2019. The prosecution of Tai and his co-defendants could pale in comparison to what some fear will happen if the Hong Kong government, under pressure from China, moves to pass a hugely controversial anti-sedition law.
Critics say this could criminalize swathes of opposition figures, ranging from pro-democracy activists and separatists to religious minorities and media figures critical of Beijing.