Two years ago, South Sudanese lawyer Dong Samuel Luak disappeared off the streets of Nairobi, Kenya. I recently sat with Kur Lual, Dong’s law partner, in South Sudan’s capital, Juba. Holding his head in his hands, he asked me, “How does someone like Dong disappear just like that?” It’s a question many others inside and outside of South Sudan are still asking themselves.

Dong fled South Sudan in August 2013, but continued to denounce human rights abuses and corruption there from his new home in Nairobi. Just one day after his disappearance on January 23, 2017, a South Sudanese government critic and political opposition member, Aggrey Ezbon Idri, also went missing in Nairobi.

The Kenyan government denied having both Dong and Aggrey in custody despite reports from their families that they were being held by the police and awaiting deportation. Meanwhile, other reports indicate that by January 25, the two were already being held by South Sudan’s National Security Service (NSS), forces known to commit abuses including unlawful detentions and torture. A Kenyan court ordered the police to investigate the disappearance of the two, but questions about how they disappeared, who was responsible for their abduction, and how they got into South Sudan remain unanswered.

#Sudan: The @CCBEinfo expresses its concern regarding the disappearance of Dong Samuel Luak, a #lawyer who has been missing for over a year. We urge the government to ensure that his whereabouts are revealed and that he is released immediately. 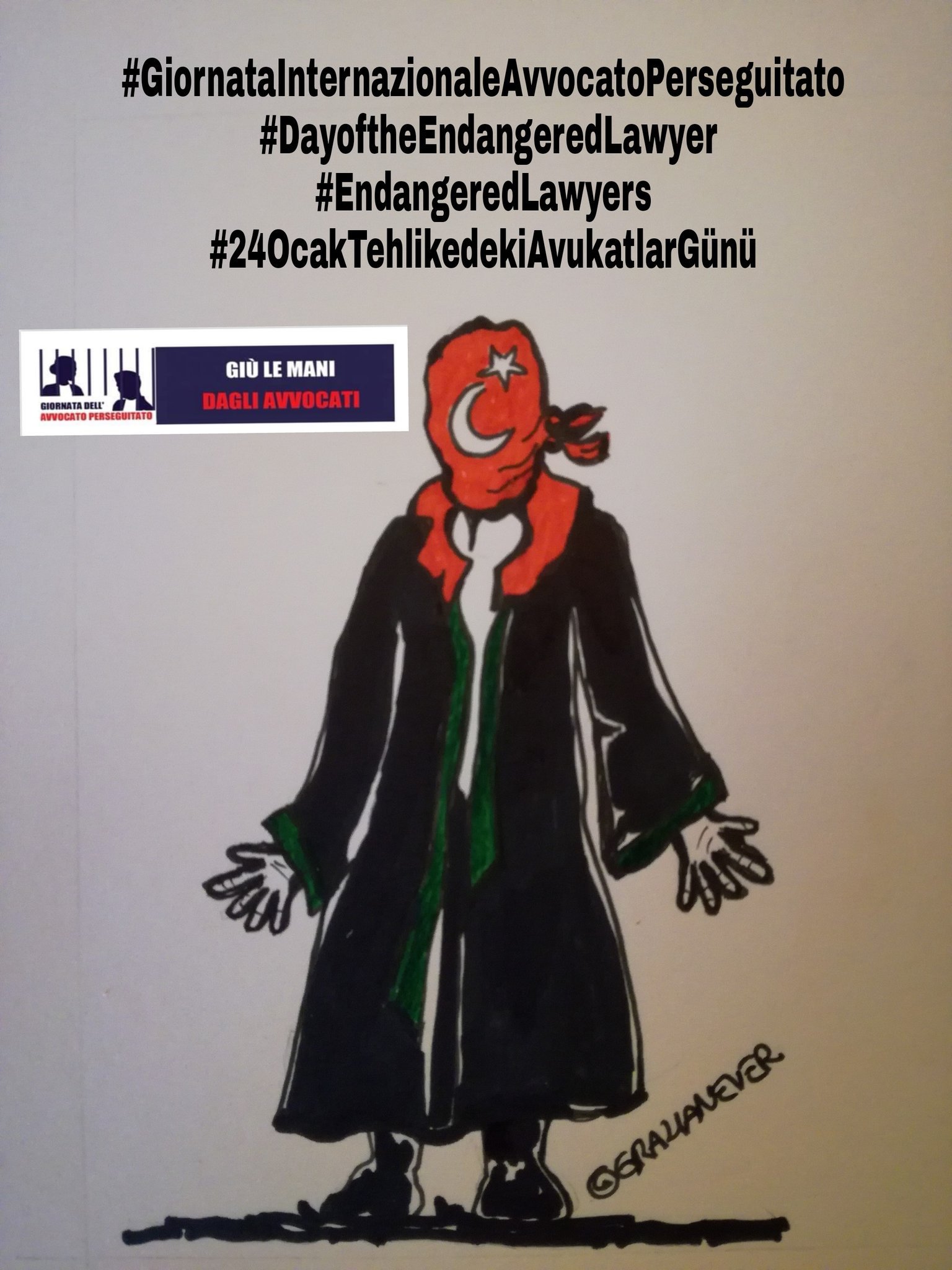 After the Day of the Endangered Lawyer was dedicated to the lawyers in Turkey, main opposition CHP MP Tanrıkulu has submitted a parliamentary question, asking how many attorneys are arrested because of the defenses they raised.

CLICK- Day of the Endangered Lawyer Dedicated to Lawyers in Turkey

In his question, Tanrıkulu said that The European Democratic Lawyers (AED), the European Association of Lawyers for Democracy & World Human Rights (ELDH) and the European Bar Human Rights Institute (IDHAE) dedicated the Day of the Endangered Lawyer to the lawyers in Turkey.

How many lawyers are arrested, how many are convicted?

Tanrıkulu has directed the following questions to Minister of Justice Abdülhamit Gül:

*How many lawyers are arrested in our country?

*What are the reasons of the lawyers’ arrests?

*How many lawyers are convicted in our country?

Day of the Endangered Lawyers 2019 The alleged mastermind in the murder of Ako Bicol party-list representative Rodel Batocabe was arrested yesterday for illegal possession of firearms and explosives.

Daraga Mayor Carlwyn Baldo’s arrest came following a search by agents of the Criminal Investigation and Detection Group (CIDG) on his home in Doña Maria Subdivision, Barangay Tagas at around 2:30 p.m.

The search resulted in the recovery of two .45 caliber pistols with eight bullets and ammunition for an M203 grenade launcher and rifle, according to Chief Supt. Arnel Escobal, Bicol police chief.

Baldo will be charged with illegal possession of firearms and explosives.

Arnold Ardiente, CIDG-Bicol chief, said the ammunition for a grenade launcher is considered as an explosive, the possession of which is a non-bailable offense.

“Baldo was arrested not because of the Batocabe murder case, but because of the firearms, ammunition and explosive recovered by our team during the serving of a search warrant,” Ardiente told The STAR.

Ardiente said Baldo would be placed under their custody while documents required for his inquest are being prepared by the CIDG legal team. Reza Khandan and Farhad Meysami have both been sentenced to six years imprisonment in Iran and banned from leaving the country or engaging in online activities for two years for peacefully protesting the country’s compulsory hijab law.

“Iran wants to silence these men by jailing them for standing by women who want the hijab to be a choice, not a requirement,” said Hadi Ghaemi, the executive director of the Center for Human Rights in Iran (CHRI).

“The only crime they committed is peacefully exercising their rights of freedom of speech and expression,” said Ghaemi. “Iran’s judiciary should heed their calls for a fair and public trial and release them.”

In an interview with CHRI, Khandan, the husband of imprisoned human rights lawyer Nasrin Sotoudeh, said he was unlawfully denied a public trial.

On January 22, 2019, he and Meysami were both convicted of “assembly and collusion against national security” and “propaganda against the state” at Branch 15 of the Revolutionary Court in Tehran presided by Judge Abolqasem Salavati—notorious in Iran for bending to the wishes of security agencies.

“The law says that political cases should be tried publicly in a criminal court in the presence of a jury,” said Khandan. “But for years the judiciary has turned political cases into national security ones in order to try them through the revolutionary court system.”

Defense attorney Nasrin Sotoudeh continues to be denied family visits in #Iran’s #Evin Prison, where she has been held on trumped-up national security charges since June 2018. #HumanRights #IranUpdatehttps://t.co/MbaJL9ZnXm