Observing a complete boycott of courts, the legal fraternity in Khyber Pakhtunkhwa on Tuesday set a two weeks deadline for the government to issue them licence of prohibited bore arms for self-protection.

The demand was made at a joint condolence reference by the Peshawar High Court Bar Association and Peshawar Bar Association. The reference was arranged for Naizmeen Shah Advocate, who was shot dead allegedly by his rivals at Nauthia Bazaar over a property dispute a day earlier. “We are giving two week-time to the government to issue prohibited bores licence to the lawyers or else they would be forced to keep unlicensed arms for self-protection,” said a resolution unanimously passed at the joint meeting of the lawyers’ associations.

PHCBA General Secretary Yasir Khattak moved the resolution in the meeting. Condemning the murder of their colleague, the lawyer bodies demanded fair summary trial and investigation into the case.

“We want the arrest of the killers forthwith. The lawyers would monitor the investigation into the case through a committee. The senior lawyers of the associations would plead the case in the court,” said the resolution.

The associations resolved that no lawyer would represent the accused party in courts in the murder case. 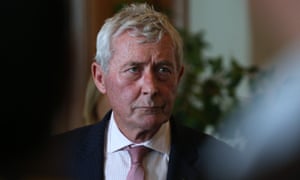 Commonwealth prosecutors have been accused of acting unfairly in the Witness K case after dumping their brief of evidence on defence lawyers about 6pm on the last working day of the legal year.

Bernard Collaery, a barrister, and his former spy client, Witness K, are being prosecuted for their role in exposing a secret Australian government mission to spy on Timor-Leste during lucrative oil and gas negotiations in 2004.

Collaery’s lawyers had been awaiting the brief of evidence against their client for months, and had previously warned its absence meant Collaery and Witness K faced serious charges without being given any detail of the specific allegations.

The evidence against Collaery was delivered after 6pm on Friday 21 December.

The legal year proper ends in the Australian Capital Territory after the last sitting day, 20 December. The ACT magistrates court, where the Collaery case is being heard, does not sit between December 20 and 9 January 2019, aside from bail and emergency care hearings.

The handling of the brief has prompted crossbench senator Rex Patrick, a staunch supporter of Collaery, to accuse commonwealth prosecutors of breaching their obligations to act fairly.