Crimea/Ukraine/Russia: 37 people were arrested for political reasons in annexed Crimea in 2018

37 people were arrested for political reasons in annexed Crimea in 2018. Olha Skrypnyk, the Head of “Crimean Human Rights Group” made such statement as organization reported.

“Talking about repression, 37 people were deprived of the liberty this year within the politically reasoned cases. 13 persons of them are civilians. There are the civic activists among them. For example, Server Mustafaev, Enver Bekirov, Yevhen Karakashev. 24 persons are our Ukrainian sailors, who are the prisoners of war,” she noted.

Besides, Skrypnyk added, that according to her information, the Russians opened 44 criminal cases for political reasons in Crimea last year.

The human rights activist reported that at least six people were arrested in Crimea in administrative cases. “The most well-known case out of them is the deprivation of liberty of lawyer of numerous political prisoners and Crimean Tatar advocate Emil Kurbedinov. It is an example that the pressure is still put on the lawyers in Crimea,” she said. 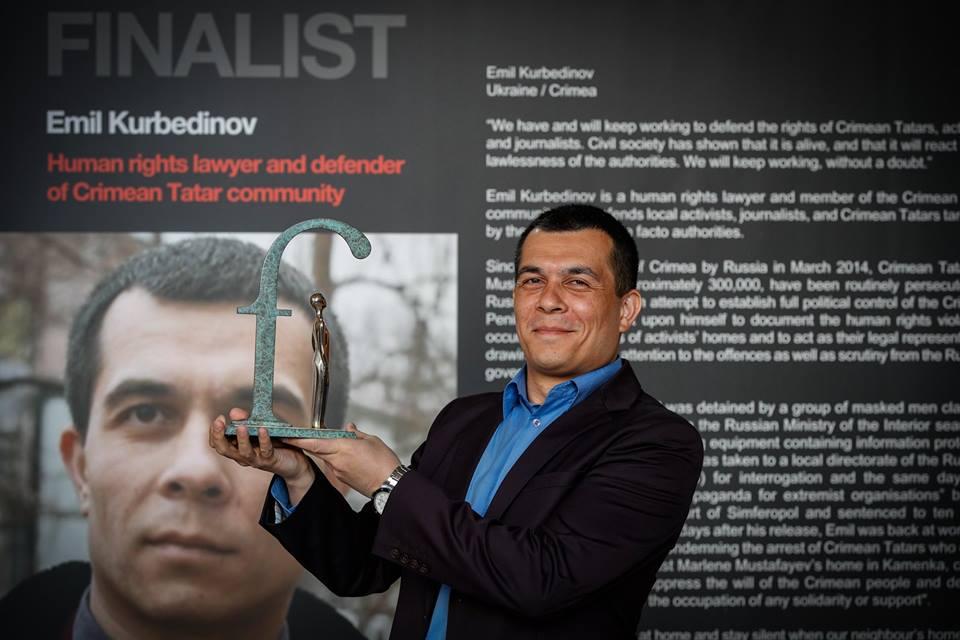 The Observatory for the Protection of Human Rights Defenders, a joint partnership of FIDH and the World Organisation Against Torture (OMCT), has received new information and requests your urgent intervention in the following situation in Iran.

The Observatory has been informed by the League for the Defence of Human Rights in Iran (LDDHI) about the release on bail of Mr. Reza Khandan, a human rights defender known for having raised concerns on Facebook about human rights violations in Iran, including the imprisonment of human rights defenders and the prosecution of women who have campaigned against the imposition of the hijab. Mr. Khandan also campaigned for the release of his wife, Ms. Nasrin Sotoudeh, one of Iran’s most prominent human rights lawyers, who was arrested on June 13, 2018[1].

According to the information received, on December 23, 2018, Mr. Reza Khandan was provisionally released on a ‘personal guarantee’[2].

This followed a court hearing that was attended by Mr. Reza Khandan on December 19, 2018, at Branch 15 of the Islamic Revolution Court in Tehran. During the hearing, the Court agreed to change Mr. Khandan’s financial bail to a personal guarantee. Mr. Khandan is still facing charges of “gathering and colluding against national security” (Article 610 of the Islamic Penal Code), “spreading propaganda against the system” (Article 500 of the Islamic Penal Code), and propagating and promoting disregard for hijab in the society.

Following Mr. Khandan’s release, medical doctor and human rights defender Mr. Farhad Mayssami and Ms. Nasrin Sotoudeh, who remain detained in Tehran’s Evin prison, ended their hunger strike. Mr. Farhad Mayssami had been on hunger strike since August 1, 2018 and received intravenous fluid against his will[3]. Ms. Nasrin Sotoudeh had been on hunger strike since November 26, 2018, to express solidarity with Mr. Mayssami.

The Observatory welcomes the release on bail of Mr. Reza Khandan, but recalls that he should never have been incarcerated in the first place. The Observatory calls on Iranian authorities to end all acts of harassment, including at the judicial level, against Mr. Reza Khandan and all human rights defenders in the country.