USA/Spain: Penn lawyer who defended immigrants could face her own deportation 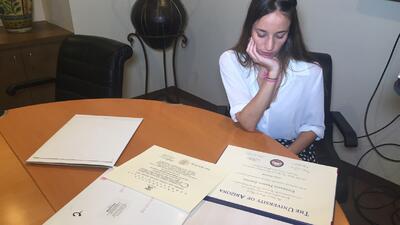 After graduating from the University of Pennsylvania Law School in 2015, Esperanza Franco headed south to the border, where she worked defending immigrants who faced deportation.

Now she’s the one who might get kicked out of the country.

Franco says her former employer’s mishandling of a work-visa application — she came here from Spain five years ago  — has put her in danger of losing her legal status. She fears that in less than a month, she could end up being jailed in the same Arizona detention center where she has gone to visit clients.

“I’m going through so much stress,” Franco said. “I’m waking up in the middle of night, with back pain.”

The paradox of her situation is not lost on Franco, 28, who put her legal knowledge and Spanish-language skills to work in Tucson at the Florence Immigrant and Refugee Rights Project, a nonprofit advocacy group. 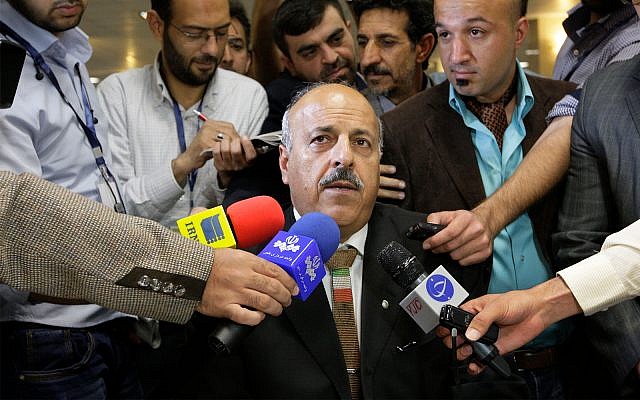 Iranian media is reporting that authorities have detained a human rights lawyer who planned a sit-in protest in front of parliament.

The Sunday report by the daily Arman says police detained Ghasem Sholeh-Saadi after he appeared outside parliament on Saturday in an “illegal gathering.”

A day earlier and on his Instagram account, Sholeh-Saadi posted that he will stage a sit-in protest in front of parliament to demand free elections.

Sholeh-Saadi, 64 and a former Iranian lawmaker in late 1980s, was taken to a police station.

Famous for his criticism of the establishment, Sholeh-Saadi was barred from running in the presidential elections in 2017.

A 12-member constitutional watchdog, half of them clerics, vets all nominees intending to run for parliamentary and presidential elections.

Ghasem Sholeh-Saadi and Arash Keykhosravi are transferred from #Evin Judiciary Complex, handcuffed and in the presence of their families gathered outside. Arrest of these two outspoken defense lawyers is latest step by regime to completely control legal system. pic.twitter.com/AebVxroDWG SCOTLAND’S lawyers have been urged to report violent attacks by clients in an anonymous survey commissioned by the Law Society of Scotlandfollowing a brutal and targeted attack on a solicitor outside Glasgow Sheriff Court.

Joseph Shields was slashed across the face and body and his injuries were so severe he will be scarred for life. The 63-year-old criminal defence lawyer, who is a partner at Glasgow firm Gallen and Co, has yet to return to work.

This week the Law Society of Scotland launched a survey of legal professionals which will ask them to detail “incidents of violent or threatening behaviour” amid growing concerns about an increase in attacks.

Chief executive Lorna Jack said: “It is essential that people are safe while doing their jobs. Solicitors help people, often at extremely difficult times in their lives, and it’s important they can do this without fear or favour.

“This survey is completely anonymous and will help us to build a more comprehensive understanding of the risks faced by the Scottish legal community. I would encourage members of the profession to take part and share their experiences.”