Representatives of advocacy human rights groups went this afternoon to the Philippine Consulate office in Sydney to protest the imminent deportation of Professor Gill Boehringer.

Letters addressed to President Duterte and statements condemning the immigration detention, the continuing threat of deportation and calling on President Duterte to intervene to cancel the blacklist order on Prof Boehringer were presented to the Consulate representative. The Consulate’s response was to outline how they will transmit the letters to the Philippines and say that they understand the groups’ concern.

The Consulate representative also stressed that it is up to the Bureau of Immigration in the Philippines to allow or deny a person entry to the Philippines even if they had been issued visa by the Consulate, and that a visa doesn’t guarantee entry.

The letters, signed by Peter Murphy – Chairperson of ICHRP’s Global Council and Secretary of the Philippines Australia Union Link, pointed out that the Duterte government is “creating a pattern of deporting aged Australians who witness the harsh social and economic situation in your country, even though you have yourself recognised these problems and promised to address them. This does you no credit. This is damaging the relationship between our two countries.”

Migrante denounces inclusion of its leader and 27 rights defenders in the Bureau of Immigration blacklist order: Hands off Manang Caring!

Prof. Gill Boehringer is still being held at the NAIA Terminal 1 in Pasay City. He is under the custody of the airline company which is set to take him to Guangzhou, China for a connecting flight to Sydney. The airline refused to board him after receiving a medical certificate from Prof. Boehringer’s physician, Dr. Geneve R. Reyes. Dr. Reyes explicitly stated that he is unfit to travel, with strong recommendation that a specialist further examine Prof. Boehringer in a hospital with the appropriate medical equipment. This afternoon, his legal counsels from the National Union of Peoples’ Lawyers (NUPL) have filed the request for BI officials to allow the entry of Prof. Boehringer in the country on medical and humanitarian grounds. However, the BI refused to take action on the said request and used all bureaucratic maneuvers to prolong the agony of an ailing 84-year old human rights defender. Worse, they denied him access to his lawyers and his Filipina wife on flimsy and unacceptable excuses.

Prof. Boehringer remains in high spirits despite the odds. He sends his gratitude to all human rights and people’s organizations who have stood and continuously stand by his side since day 1.

(KARAPATAN Alliance for the Advancement of People’s Rights Facebook, 10/8/18)

Although I have had no formal notification from the Bureau of Immigration as to the basis for my exclusion from the Philippines, I wish to respond to the reports circulating in the media. It is alleged by the National Intelligence Coordinating Agency (NICA) that I am associated with “Communist Terror Groups”. That is preposterous. It seems that in the Philippines today almost anyone can be labelled a terrorist or in association with terrorists. I deny the accusation. I certainly am not a supporter of terrorism from whatever source.

It is further alleged that I attended a rally against an APEC meeting in November, 2015.Tthe legality, or not, of attending such a rally is a vexed question at the present time. I will not enter that debate at this point. What I will say is that I did not attend that rally. The charge is false.

A further allegation is that I attended a rally in February, 2018. This is also false. There was no rally or political activity. There was a trip to the forested mountains of the Caraga region, Mindanao to observe the educational activities at a primary school for indigenous (lumad) children run by the Triba lFilipino Program of Surigao del Sur (TRIFPSS). Amongst my special interests in teaching and research as an academic are the processes of educations, which I previously lectured in at the Open University, U.K., and the circumstances of indigenous people and their environmental custody of the land in my own country, in the Philippines and elsewhere. We did observe the interaction between the lumad students and the staff of the TRIFPSS school in and out of the classroom. We were able to exchange views with the school staff, the students and the community that supports the school.

I believe there is no basis for my exclusion from the Philippines in what was an educational experience for myself, the others who travelled with me into the mountain district, and also, I like to think, for those we met with there.

I have instructed my lawyers to contest all allegations against me, and to seek the lifting of the “blacklist{“, the “watchlist” and the exclusion order.

I would ask the government to recognize me as a person who has visited the country over many years with no subversive intent. I have sought in an intellectual way, through public dialogue, to aid in the maintenance of the rule of law and the structures and processes of democracy. It is true that as an individual-a Devil’s Advocate perhaps- I have been a critic of some of the policies and practices of three successive governments since coming to the Philippines as an International Election Observer in 2007 and 2010. Are those the activities of a terrorist? Surely not. Rather they might more appropriately be considered an attempt to make a rational contribution within the vibrant national discourse about how democracy can be strengthened, the rule of law protected and social justice ensured.

Finally, I would like to express my appreciation to all those who have responded to my plight around the globe. I am especially grateful for the support I have had from many individuals and organizations in the Philippines who have taken action to protect my legal rights, including my medical safety.

Greetings to my supporters in Australia. Many thanks for your steadfast work on my behalf and thereby the rule of law and democracy in the Philippines, especially for our friends the lumad of Mindanao. Right now Congressman Karlos Zarate is visiting with me and trying to persuade the Bureau of Immigration to allow my wife to visit me. It is like pulling teeth…

My condition is ok, I am also waiting for the Bureau – which claims I am not in detention – to agree to a medical assessment outside the airport. That assessment was made by my doctor from Health Action for Human Rights, as well as the doctor at the airport health office. The representative of the Australian Embassy is doing a first rate job in pursuing the matter despite the bureaucratic complexity of dealing with China Southern Airline, the NAIA and the Bureau.

I am actually doing “easy time” compared to the thousands locked up in appalling conditions around the country and who face serious consequences in such circumstances. I have read the disturbing editorial in the Philippine Daily Inquirer, “Unrelenting Impunity” (12/8/18) about “deaths in custody” which of course will be familiar to Australians as a result of the high rate of Aboriginal deaths in our prisons and other detention facilities.

Such deaths are the acts that threaten public order and the stability of governments and a peaceful civil society. Not mine. Mabuhay! Update on Mrs Jane Mbanefo – the DPO at 3-3 Police Station Onitsha Anambra State, who assaulted a female lawyer and locked her up in the cell:
Something positive has come up . You will recall that a Committee headed by Anienukwu SAN was set up by the NBA Onitsha branch to deal with the issue. Now, the committee has announced to the branch today 27/7/2018 that it has successfully obtained a Fiat from the Honourable Attorney General of Anambra State to prosecute the earring DPO in criminal charge. The Fiat was granted to the learnient silk and he has promptly filed an information at the High Court and date has been assigned for the the arraignment. The DPO shall be arriagned on 27/9/2018. All the High Courts and Magistrate Courts within the division will be enjoined not to sit on that date so that all the lawyers within can convage at the particular High Court in solidarity. 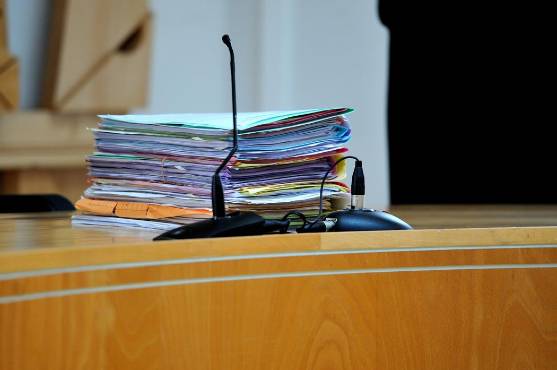 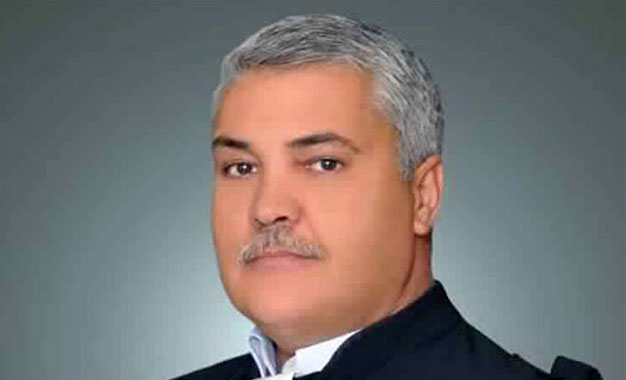 An Iranian court arrested Hussein Ahmadi Niyaz, the lawyer for a Kurdish political prisoner who faces imminent execution after being convicted of being a member of the opposition party Komala this summer.

The lawyer for Ramin Hossein Panahi was arrested on orders from the Revolutionary Court of Sanandaj on Saturday, the Kurdistan Human Rights Network has reported.

Niyaz was arrested at the court “while enquiring about the dossier of his client,” according to KHRN.

“So far there is no information available on either the arresting authority or his whereabouts,” added KHRN.

The family of Panahi believes his execution is imminent. They have also said he suffers from kidney disease.

The prison is well known for the use of torture, rape, and murder. It is considered one of the worst jails in Iran.

Syria: No remains of the human rights activist Razan Zaytuna were found within a mass grave in the Eastern Ghouta and the mystery surrounds her husband’s fate along with confirmation of a former fighter that she was alive until last year

In the same context, reliable sources confirmed to the Syrian Observatory that the current news about finding the body of the Syrian activist Razan Zaytuna within the discovered mass grave is false, where she was kidnapped by a group of Jaysh Islam led by one of its security commanders, in the Eastern Ghouta by unknown gunmen in the first third of December 2013, while one of the former members of Rahman Corps confirmed that in 2017 he had entered a special prison of Jaysh al-Islam on the outskirts of Douma city, and he had seen writings on a prison wall signed by the name of Razan Zaytuna, and that date was not far from the date of his entry to the prison, while the fate of her husband Wael Hamada is surrounded by mystery, where information reported his murder by Jaysh al-Islam in 2014.

Concerns are growing over the health of detained Chinese rights lawyer Li Yuhan, who is suffering from multiple health problems amid a current heat-wave after 10 months of pretrial detention in the northeastern province of Liaoning.

Li’s case, in which she stands accused of “picking quarrels and stirring up trouble,” was recently passed to the state prosecutor, paving the way for a trial.

Li was visited by her defense attorney in the Shenyang No. 1 Detention Center on Tuesday, her son Ma Wenting, who now lives in Germany, told RFA.

“She fell over a few days ago in the toilets, and there is an area of congestion to the left of her chest,” Ma said. “She has also had pain in her lower back in recent days.”

“Her heart is in a very bad way right now,” he said. “Psychologically, she feels a sense of injustice, so she is very depressed, which is affecting her overall health.”

Ma added: “She is suffering tremendously from heat exhaustion, because the indoor temperature is around 40C in Shenyang right now, and there are a lot of people crammed into the cell, with no air-conditioning,” he said.

Fellow activists said Li’s detention came after she was particularly courageous in the wake of a nationwide police operation targeting rights lawyers, legal firms, and rights activists since July 2015.

Li had acted as defense attorney to high profile Beijing rights lawyer Wang Yu, who was the first of a group of lawyers at the Beijing Fengrui law firm to be detained on the night of July 9-10, 2015, kicking off a nationwide police operation that detained or questioned more than 300 lawyers and their associates.

She was later forced to withdraw from the case after local authorities revoked her lawyer’s business license.