URGENT APPEAL – THE OBSERVATORY
SAU 005 / 0818 / OBS 103
Arbitrary detention /
Judicial harassment /
Incommunicado detention
Saudi Arabia
The Observatory for the Protection of Human Rights Defenders, a partnership of FIDH and the World Organisation Against Torture (OMCT), requests your urgent intervention in the following situation in Saudi Arabia.
Description of the situation:
The Observatory has been informed by reliable sources about the arbitrary arrest and incommunicado detention of Ms. Samar Badawi[1] and Ms. Nassima Al-Sadah [2], two prominent women human rights defenders[3].
According to the information received, on July 30, 2018, security forces arrested Ms. Samar Badawi and Ms. Nassima Al-Sadah. No information is available about neither the circumstances nor the reasons of their arrests. The two human rights defenders are currently held in an unknown location and no information has been provided on their whereabouts and conditions of detention.

The Observatory recalls that over the past years, Ms. Samar Badawi has been repeatedly harassed, interrogated and arrested by the authorities for her human rights activities. Prior to her arrest, Ms. Samar Badawi appeared before the Bureau of Investigation and Prosecution, on February 15, 2017, regarding previous issues related to her human rights and civil activities, including women’s campaign against male guardians. On January 12, 2016, she was arrested by the Criminal Investigation Authority of Jeddah without any reason, and released on bail the next day. On December 2, 2014, while on her way to participate to the 16th European Union NGOs Forum on Human Rights in Brussels, Belgium, she was informed by a staff from the airport that she was under a travel ban, without any reason given or prior investigation.
The Observatory condems in the strongest terms the arbitrary arrest and incommunicado detention of Ms. Samar Badawi and Ms. Nassima Al-Sadah and urges the Saudi authorities to immediately disclose their whereabouts as well as to insure unhindered access to their families and lawyers.
The Observatory further recalls that ahead of the official lift of the driving ban the Saudi authorities launched a crackdown on human rights defenders – and especially women human rights defenders[4]– in the country. As of publication of this Urgent Appeal, Ms. Hatoon Al-Fassi, Ms. Nouf Abdulaziz, Ms. Mayya Al-Zahrani, Ms. Eman al-Nafjan , Ms. Aziza al-Youssef, Ms. Loujain al-Hathloul, Mr. Mohammed al-Rabiah, Mr. Mohamed al-Bejadi, Mr. Abdulaziz Al-Mesha’aland Mr. Ibrahim al-Mudaimeegh remain detained. While pro-governmental media outlets reported that they have been arrested under vague accusations of “suspicious contacts with foreign entities” and “financial support to enemies overseas”, no formal charges have yet been reportedly pressed against them. Moreover, they are reportedly all detained in solitary confinement, without access to their lawyers and they could only speak with their families once or twice since their arrests. 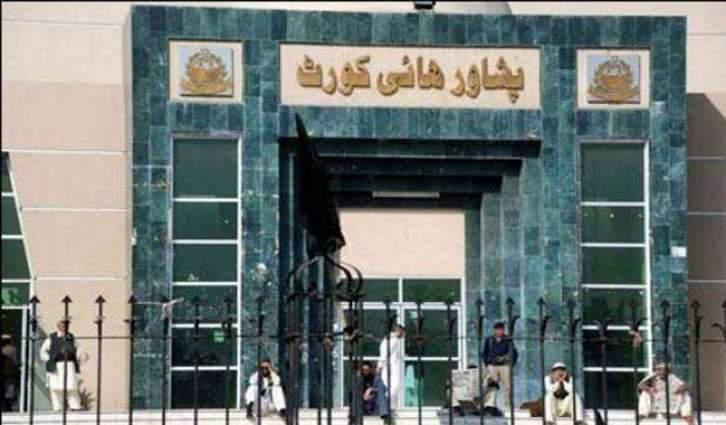 Peshawar High Court Bar Association on Wednesday observed strike against the brutal killing of a lawyer in Dera Ismail Khan.

The legal fraternity strongly condemned the murder of lawyer and demanded of the government to give full protection to lawyers across the province.

Lawayer Yasir was gunned down by unknown assailants on Tuesday in Dera Ismail Khan District. They demanded that killers should be arrested and brought to justice.

Turkey/AI: Amnesty Chair to be released after more than a year behind bars 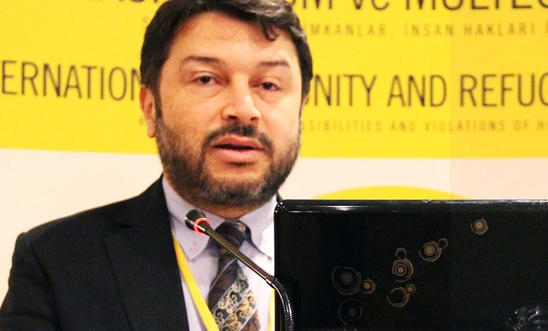 “We are overjoyed at this news. It has taken us more than a year of campaigning and struggle to get here, but it appears that Taner will finally be freed. Whilst we rejoice at this decision, our celebrations will only truly begin when he is safely back at home in the arms of his wife and daughters.

“But beneath the smiles of joy and relief there will be sorrow, anger and a steely determination. Sorrow for all the things Taner has missed during his cruel incarceration. Anger that the baseless charges against him and the Istanbul 10 have not been dropped. And determination to continue our fight for human rights in Turkey and for the release of all other human rights defenders who have been unjustly jailed in the vicious crackdown.

“Today we take a moment to celebrate, but tomorrow our struggle will continue, re-energized by the example set by Taner himself – a man who knows the importance of human rights and is willing to dedicate his life to defending them.” 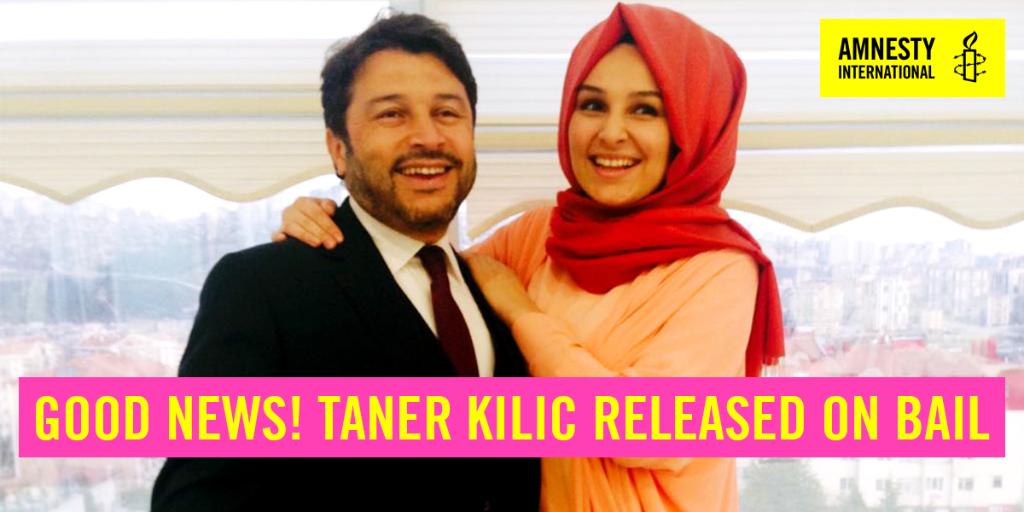 Poland: EU Commission ups the ante on Poland over judges

The EU leadership has set a deadline for Poland to fix its law on retiring Supreme Court judges or risk a lawsuit. The dispute happens as Brussels and Warsaw are locked in a much bigger conflict over rule of law. The EU’s top executive body, the European Commission, announced on Tuesday that Poland now has one month to amend its controversial law that would retire 27 Supreme Court judges. If the demands are not met, the EU Commission is likely to sue Poland before the European Court of Justice (ECJ) in Luxembourg.

Last month, Poland’s ruling “Law and Justice” (PiS) party affirmed that judges would be required to retire at 65 instead of 70 years of age. The move would affect 27 of 76 Supreme Court judges, cutting short their six-year-terms, and retire the rebellious Chief Justice Malgorzata Gersdorf. The PiS says the changes are necessary to jolt the justice system, but Gersdorf and other judges describe the move as a “purge” and refuse to step down.

The EU commission has already urged Poland to change the law , which the government refused. Polish authorities also sent out a 36-page document to justify their position, and said the judges would be able to ask the Polish president for an extension of their terms.

On Tuesday, however, the EU Commission restated their criticism of the law.

“The response of the Polish authorities does not alleviate the Commission’s legal concerns,” officials said in a statement.

‘Defend’ until the end

In response, Polish officials  accused the Commission of acting “politically” and vowed to fight any court case.

“I believe we will defend our position until the end,” said deputy justice minister Lukasz Piebiak.

“We certainly don’t see any reason to abandon court reforms that are under way, and we are convinced that they will continue to be put into effect, because that is what the Polish people want.” The Gulf Centre for Human Rights (GCHR) calls for the immediate release of prominent Iranian human rights lawyer Nasrin Sotoudeh, as we believe that her arrest and detention are solely due to her human rights work. Reports suggested that her detention comes following her legal representation of women arrested in Iran for peacefully protesting against the Islamic Republic’s compulsory hijab law, and for criticising the judiciary.

On 13 June 2018, Sotoudeh was taken from her home in Tehran. During the interrogation, she was told that the charges against her are “propaganda against the state,” for allegedly being a member of LEGAM, an NGO opposed to the death penalty, and “assembly and collusion against national security.” The charges could incur a five-year prison sentence.

Her husband, Reza Khandan, told an Iranian news agency that Sotoudeh’s initial one-month detention was extended for another month at the end of July after a delay.

Before her arrest, Sotoudeh was among a group of human rights lawyers who signed a letter criticising the judiciary’s decision to allow only 20 state-approved lawyers to defend people in security-related cases.

Sotoudeh also represents at least two women detained for refusing to cover their hair in public.

An 84-year-old Australian who was barred from entering the Philippines has arrived back in Sydney after spending six days detained at Manila airport.

An Australian activist who spent six days detained at an airport in the Philippines has arrived in Sydney.

NSW professor Gill Boehringer arrived in Sydney on Wednesday morning after boarding a flight from Manila via the Chinese city of Guangzhou on Tuesday.

The elderly man was barred from entering the Philippines on August 8 after being placed on the Bureau of Immigration’s blacklist for attending a rally in the country three years ago.

Although relieved to be back in Sydney, Prof Boehringer said he won’t be let back into the Philippines.

“President (Rodrigo) Duterte is determined to keep me out,” he told AAP at the airport.

At 12.50 pm (Manila time), Prof Boehringer boarded the China Southern Airlines CZ3092 flight to Guangzhou where he will take a connecting flight to Sydney later tonight. He is expected to land at the Kingsford Smith International Airport, tomorrow, 15 August at 8.25 am. Prof Boehringer was forced to board the plane without proper medical clearance and assessed fit to travel.
Prof Boehringer is returning to Sydney by virtue of the exclusion order of the Philippine Bureau of Immigration (BI). His name is included in the BI’s blacklist. He was kept at the NAIA 1 terminal for nearly 7 days, subjected to the most frustrating kind of ping-pong bureaucracy BI could exercise.
Prof Boehringer will be met at the airport by community and human rights activists.
He will be available for media interviews as soon as he arrives.