Azerbaijan: What Happened to Azerbaijan’s Lawyers?

The former Soviet republic is sorely in need of more independently minded attorneys.

When Khalid Bagirov, a prominent defense lawyer in Azerbaijan, was disbarred in 2015 while working a case involving a political activist, it was yet another cause for alarm. How so? The Caucasian country of nearly 10 million is full of bureaucracy — where lawyers typically flourish — so it should be teeming with others like him. As it turns out, every attorney counts in the former Soviet republic, where the legal profession finds itself confronting a government determined to clamp down on its numbers and redefine its role in society.

Based on figures from the Azerbaijani Bar Association (ABA):

AZERBAIJAN HAS ROUGHLY ONE BAR-APPROVED LAWYER FOR EVERY 10,000 CITIZENS — THE LOWEST RATE IN EUROPE.

The ABA says it has 1,503 members on the books, the majority of which — 806 — are located in Baku, the capital city. That’s compared to roughly 10 lawyers per 10,000 citizens in neighboring Georgia and around 38 attorneys per 10,000 people in the U.S. Even Azeri officials are concerned about the low ratio. Recently, the ABA moved to boost the legal headcount.

These days, that low statistic is more significant than it used to be. Prior to this year, non-bar attorneys were free to practice all manner of non-criminal law. Insiders estimate there are 250,000 civil and administrative cases currently open, almost all of which have traditionally been handled by non-bar lawyers while their counterparts focused on criminal proceedings. But a new law enacted in January effectively stripped them of those privileges — now only bar-approved members are allowed inside a courtroom.

Government supporters insist the new measure is aimed at boosting the quality of Azerbaijan’s legal system — but critics beg to differ. Instead, they believe it’s about the government keeping closer tabs on the legal profession more broadly, part of what Amnesty International says is Azerbaijan’s descent “deeper into the abyss of rightlessness.”

Bagirov knows firsthand. Temporarily disbarred twice before, he was kicked out of the ABA for good in 2015 after defending an opposition politician who planned to challenge Azerbaijan’s iron-fisted president, Ilham Aliyev, at the ballot box. Bagirov’s dismissal reflects what he describes as a broader hostile work environment for independent lawyers, which includes both personal and professional harassment. “The goal in authoritarian regimes is to monopolize control over all spheres of life,” Bagirov says. “That’s how our authoritarian regime is trying to control legal activity: to monopolize it all.”

The Philippines/Australia: Professor Gill Boehringer is on his way back to Sydney, Australia

At 12.50 pm (Manila time), Prof Boehringer boarded the China Southern Airlines CZ3092 flight to Guangzhou where he will take a connecting flight to Sydney later tonight. He is expected to land at the Kingsford Smith International Airport, tomorrow, 15 August at 8.25 am. Prof Boehringer was forced to board the plane without proper medical clearance and assessed fit to travel.
Prof Boehringer is returning to Sydney by virtue of the exclusion order of the Philippine Bureau of Immigration (BI). His name is included in the BI’s blacklist. He was kept at the NAIA 1 terminal for nearly 7 days, subjected to the most frustrating kind of ping-pong bureaucracy BI could exercise.
Prof Boehringer will be met at the airport by community and human rights activists.
He will be available for media interviews as soon as he arrives.

The National Union of Peoples’ Lawyers (NUPL) condemns the violations authored by the Bureau of Immigration (BI) and the National Intelligence Coordinating Authority (NICA) on the person of our good colleague and fellow human rights defender, Prof. Gill H. Boehringer, a retired law professor and dean from Macquarie University in Sydney, Australia. After being held in NAIA Terminal 1 for seven (7) days, Prof. Boehringer boarded China Southern Airlines flight to Guangzhou today, 14 August 2018 at around 12:50 pm, where he will be taking a connecting flight to Sydney.

Prof. Boehringer is 84 years old, an ailing Australian citizen and married to a Filipina who arrived at NAIA Terminal 1 before midnight on August 7 but was denied entry by immigration officials as his name allegedly appears on the watchlist. Prof. Boehringer probed as to the nature of the accusations against him but was deprived of any explanation from BI officials. We, in his representation, trooped down to the BI main office in Intramuros to get further information but were, likewise, denied of getting a complete picture of the charges hurled against him. What we got is an Order, placing him, along with two others, under the Watch List. We immediately filed our request to recall the exclusion order against him on medical and humanitarian grounds on August 9, citing his doctor’s findings that he is unfit to travel and the recommendation that he be examined further by a specialist in a hospital with the appropriate medical equipment. It was only in the Order denying our request for recall that we have confirmed that a blacklist order was likewise issued against him. We, then, filed our request for allow entry on medical and humanitarian grounds on August 10. However, the BI exploited all legal and bureaucratic maneuvers to dangle their approval of the said request.

In an orchestrated manner of sugarcoating the injustice with legal rhetorics, the BI insensitively and mercilessly, gave us the roundabout, putting the life of Prof. Boehringer in serious peril and in grave violation of his human rights. Until the last minute, the BI refused to squarely address the professor’s request for allow entry on medical and humanitarian grounds, but directed instead the airline company to immediately board the elderly professor onto the next flight out of NAIA, despite his medical condition.

As a staunch human rights defender, Prof. Boehringer is committed to denounce all forms of human rights violations authored by State forces and the culture of impunity that comes with them. This kind of commitment clearly hit the ego and earned him the ire of this bigoted and paranoid leadership.

We denounce this latest State-sponsored attack on human rights defenders. Once again, the Duterte Administration’s iron fist works behind the facade of the letters of the law to silence all the critics of this bloody regime. The use of oppressive immigration laws, as in the case as well of lawyer-nun-missionary Sr. Patricia Fox, to vilify human rights defenders is yet another display of cowardice of a tyrant to quell dissent.

Prof. Boehringer is a brave and committed soul and he will face the trumped up charges hurled against him at the proper time. Surely, he will not face these alone, but with us, his fellow human rights defenders, and the Filipino masses whom he has served all these years, standing by his side.#

On August 9, the Beijing Justice Bureau issued a decision to cancel lawyer Cheng Hai’s  (程海) license. Six months ago in February, the bureau cancelled the registration of his small Beijing Wutian Law Firm, claiming that the firm had not accepted the annual review on schedule. According to China’s Administrative Measures for the Practice of Law by Lawyers (《律师执业管理办法》), a lawyer’s license is revoked if they’re not hired by a firm for six months.

On August 10, lawyer Cheng Hai filed an Application for Administrative Review, which shows that the authorities were committed to having him disbarred, and refused to view contrary evidence. The application shows that Cheng Hai signed an employment contract with the Beijing Liangzhi Law Firm on July 30, and delivered his proof of new employment to the Justice Bureau of Beijing Mentougou District, which oversees the new firm. On August 5, he again mailed the same proof of employment to the Beijing Justice Bureau via EMS. His mail was returned. The authorities, by returning his documents, claim that they received no proof, and thus acted to disbar him.

The disbarment of Cheng Hai is part of the Chinese government’s broad, systematic effort to take human rights lawyers off the field. Those implicated in the 709 Crackdown, whether the detained lawyers or lawyers who signed up to defend their detained colleagues, have been the primary targets. Cheng Hai has represented lawyer Wang Quanzhang (王全璋), who has been held well over 1,000 days now without trial.

Turkey/UK: Erdoğan’s crackdown on lawyers leads to more than 1,500 prosecutions

Turkey is facing a crackdown on its lawyers, with 1,539 prosecuted between 2016-18 and 103 sentenced to lengthy prison terms.

A report from The Arrested Lawyers Initiative states that there has been a relentless campaign against lawyers across the country.

In 77 of Turkey’s 81 provinces, lawyers have been detained and arrested on trumped-up charges as part of criminal investigations orchestrated by the political authorities and conducted by provincial public prosecutors, the report argues.

Last month, Aberdeen University graduate Dr Hanifi Bariş was arrested in Istanbul. He was charged with “posting items of criminal content” on his Facebook and Twitter accounts.

Mr Bariş graduated from Aberdeen University’s Centre of Citizenship, Civil Society and Rule of Law with a PhD in 2017.

He moved to Turkey to be with his family but now faces a four-year prison term for speaking out against President Recep Erdoğan, who recently conferred sweeping new powers on himself.

Mr Bariş, who practised law in Turkey for several years, uploaded articles denouncing the president at the end of June. 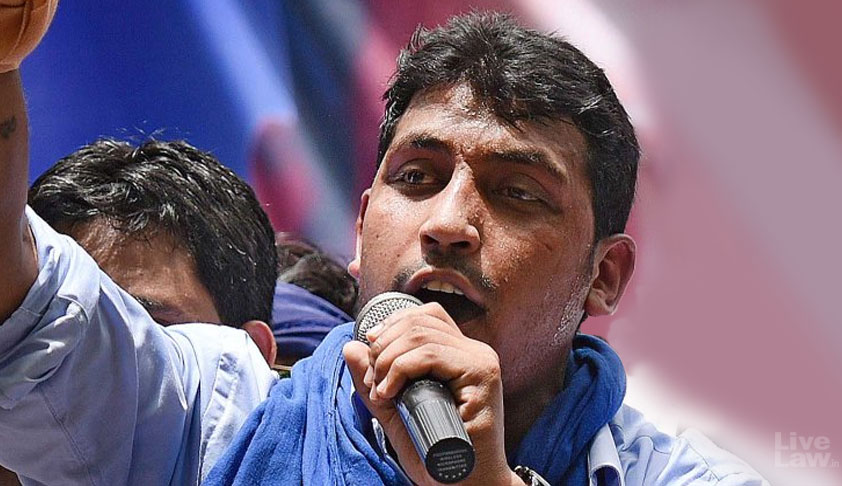 With Bhim Army founder leader Chandrashekhar Azad challenging his detention under the National Security Act (NSA) and seeking compensation for the illegal detention, the Supreme Court has issued a notice to the Uttar Pradesh government and the Distri…
…