In 2015, he was sentenced to nine years in prison although it was later shortened to three years and eight months.

Kudratov’s supporters insisted his real offence was representing a wealthy former government official Zaid Saidov, who had branched out politically by attempting to form his own party in 2013.

Saidov’s arrest heralded the beginning of a renewed crackdown in Tajikistan, where 65-year-old President Emomali Rakhmon has been in power since 1992.

Another news of release from #Tajikistan, attorney #ShukhratKudratov who is known defending high profile cases, is released, who was in third year of his 9 years term in jail, https://t.co/c3etwRQYIN

#Shukhrat #Kudratov, prominent #Tajikistan #lawyer, has been #released having been in #prison 3 years 8 months https://t.co/ZdK3aO6G1f; #ICJ earlier raised concern that the case might amount to #reprisals for the #lawyer's professional activity https://t.co/fisPU2KALf

Chevron has stepped up its attacks on prominent corporate accountability attorney Steven Donziger by seeking a partial gag order designed to silence criticism of the company’s retaliation campaign after it was found to have dumped billions of gallons of toxic oil waste into Ecuador’s Amazon rainforest.

While Chevron has used at least 60 law firms to attack Donziger, this is the first time company lawyers at the law firm Gibson Dunn – who have been accused by courts of “legal thuggery” and falsifying evidence — have sought any sort of gag order in apparent violation of the First Amendment. Donziger said he believes the gag order is “patently illegal” and reflects increasing desperation by the Gibson Dunn firm and Chevron CEO Michael Wirth after several institutional shareholders strongly rebuked company management at the annual shareholder’s meeting in May and courts in Canada continue to proceed with a lawsuit to seize company assets.

Chevron’s toxic dumping in Ecuador in the 1970s and 1980s, which decimated the cultures of five Indigenous groups and has led to an outbreak of childhood leukemia and other cancers, has yet to be cleaned up, according to court findings that ordered the company to pay $9.5 billion to the affected communities so they could remediate their ancestral lands. Chevron has threatened the Indigenous groups and Donziger with a “lifetime of litigation” if they continue with the case. (Here is a summary of the evidence against Chevron.) 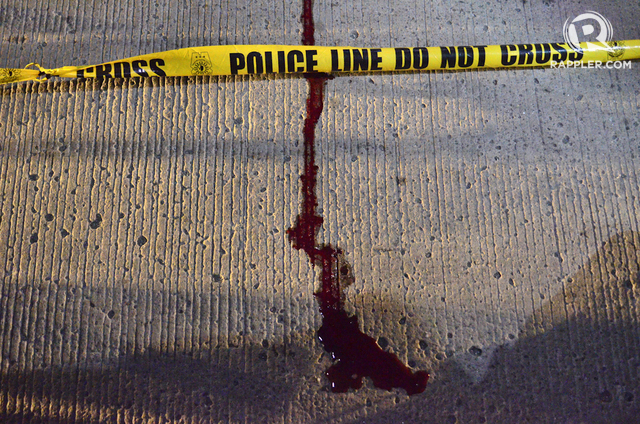 A lawyer who handled drug cases was shot dead in front of his rented house here on Thursday, August 23.

The fatality was identified as 62-year-old Rafael Atotubo.

The lawyer was sitting outside his house when he was attacked by two unidentified assailants on board a motorcycle.

The victim was rushed to a hospital where he was declared dead upon arrival. He succumbed to a gunshot wound below his left eyebrow.

Authorities recovered two fired cartridges of caliber .9mm from the crime scene while the victim’s vehicle that was parked inside his garage had two bullet holes.

Police probers are looking at all possible motives including the victim’s work as a defense lawyer for drug personalities.

Another dear brethren falls with his boots on

NUPL strongly condemns the continuing attacks on lawyers with the atrocious killing of Atty. Rafael Atotubo in Bacolod by unidentified assailants riding in tandem. While Atty. Atotubo has represented many illegal drugs suspects in court, this can not in any way justify his killing. No lawyer should be attacked for the exercise of their profession especially since everybody has the constitutional right to counsel and access to courts.

The brazeness of the attack committed in a public place in broad daylight is strikjngly similar to the modus operandi of the continuing extrajudicial killngs all over the country. This shows that the killers were never afraid of being accosted by the police, which only strengthens the theory that the police is involved in the killings. The fact that President Duterte previously threatened lawyers who represent drug suspects only adds more to the belief that the killings are state-sponsored or condoned.

We are wary that the killing of this low-profile and quiet lawyer will end up unsolved like the thousands of extrajudicial killings nationwide. This barbaric act comes on the heels of the continuing attacks and threats on prosecutors and practising lawyers who in one way or another perform their professional duties in regard to drug cases. We dread the message writ large by the authorities: “lawyers back off or you will be next.”

We ask the Supreme Court and the local and international legal comminity to strongly denounce this latest attack and criticise the failure of the Duterte administratiion to stop the killings and arrest the killers not only of lawyers but civilians who were victims of extrajudicial killings. We also ask colleagues in the legal profession to help families of victims achieve justice for the death of their loved ones.

We demand that President Duterte, himself a lawyer and forner prosecutor, to publicly condemn the killing and declare that lawyers should not be attacked for the exercise of their profession. We demand that he publicly commit that the perpetrators be held accountable under the law.

We will not back off. We shall close ranks and stand our ground.

The Philippines: Police did not violate UN rules for arrest of lawyers in Makati bar raid – DILG

The Department of Interior and Local Government (DILG) has asserted that the police did not violate any United Nations (UN) principle with the arrest of the three lawyers during last week’s illegal drug operation in a Makati City bar contrary to the claim of the Integrated Bar of the Philippines (IBP).

DILG Assistant Secretary and spokesman Jonathan E. Malaya insisted that the DILG-PNP is cognizant of government’s role to ensure that lawyers are able to perform their professional functions without intimidation, hindrance, harassment or improper interference in accordance with the UN Basic Principles on the Role of Lawyers.

However, Malaya pointed out that the same UN Declaration puts an equally important obligation to lawyers to cooperate with government and other institutions in furthering the ends of justice and public interest.

Malaya maintained that “obviously the lawyers involved did not cooperate with authorities as they entered the crime scene and crossed the police line without coordination and without any legal authority.’’

He noted the three lawyers reportedly failed to show any written authorization from the owner of the place being searched.

“As we acknowledge that lawyers owe fidelity to the cause of their clients, they should also bear in mind that as officers of the court, they must observe the rules of procedure and shall not misuse them to defeat the ends of justice,” Malaya said.

Last Tuesday, the IBP claimed that the arrest, detention and filing of charges against the three lawyers who reportedly interfered in police operations constitute a violation of UN rules.

Charges of constructive possession of illegal drugs, as well as obstruction of justice, resistance and disobedience to persons of authorities, and violation of a city ordinance against civilians crossing a police line were slapped against the lawyers for reportedly obstructing the implementation of a search warrant inside a Makati bar. They were ordered released by the Makati City prosecutor after 24 hours who set the preliminary investigation on Aug. 28.

Ignoring objections at home and from the European Union, Poland has decided to go ahead with the appointment of new judges to the Supreme Court.

“We’re speeding things up as much as we can,” judge Leszek Mazur told reporters on August 21.

Mazur is the new head of the National Council of the Judiciary (KRS), a body overseeing judicial impartiality whose composition was changed as part of the reforms.

As reported by Agence France-Presse (AFP), the governing conservative Law and Justice (PiS) party had introduced the forced early retirement of judges over the age of 65 as part of a raft of controversial judicial reforms that have drawn concern from Brussels.

But the opposition, democracy watchdogs and the European Union have warned they undermine judicial independence, the rule of law and democracy. 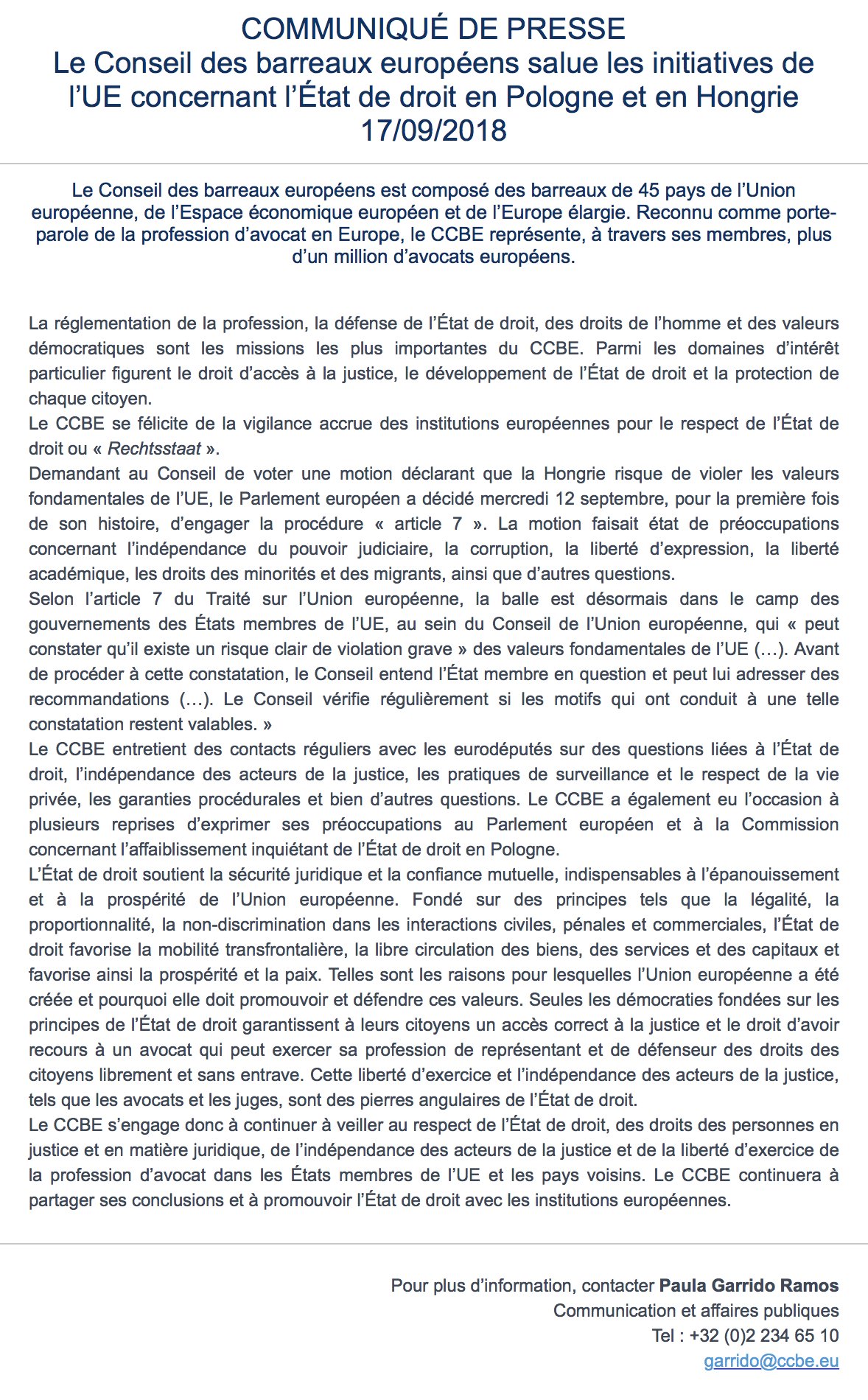