The court, presided over by Justice Gifty Agyei-Addo, also set aside the one-year mentorship handed to the private legal practitioner.

The lawyer was barred from practising law in the country by the GLC in 2017 after he was found guilty of a number of offences.

His suspension followed a complaint by Francis Agyare, who claimed that Francis-Xavier Sosu and his law firm attempted to charge him exorbitantly.

Mr. Sosu was also indicted for advertising himself on social media in connection with a case involving Patrick Reynold, who was paralysed by a fallen billboard at Flower Pot in Accra contrary to the rules on the conduct of lawyers.

He was found guilty by the GLC and was handed the three-year ban.

The lawyer prayed the Appeal Court to overturn the suspension, but the court presided over by Justice Henry Anthony Kwofie, dismissed the application, saying the jurisdiction of the court had been improperly invoked by the applicant.

Azerbaijani human rights lawyer Emin Aslan was prevented from boarding a flight out of Azerbaijan in Baku International Airport on Monday morning, he has confirmed to OC Media. Aslan was released 13 days ago after serving 30 days in administrative detention for ‘disobeying police’. His detention in June was condemned at the time by local rights groups as well as the EU Parliament.

Aslan told OC Media he was informed by border agents at the airport that he was subject to a travel ban, something he said he had not previously been told. ‘They informed me that my travel ban was [issued] by the Ministry of Internal Affairs on 30 May 2018. This is the date I entered Azerbaijan from the US’, Aslan said.

‘This is a violation of my freedom of movement because I have never been a witness or suspect in any criminal case and I do not have any debt or tax obligation’, he added. Aslan said his lawyers had appealed to the Prosecutor General’s Office and Ministry of Internal Affairs for more information about the ban.

Aslan, a recent graduate of Syracuse University College of Law in New York State, previously worked for two Tbilisi-based rights groups, the Eastern European Centre for Multiparty Democracy and the Human Rights House Tbilisi. He has helped to litigate a number of cases of alleged human rights abuses of Azerbaijani citizens at the European Court of Human Rights.

Aslan was apprehended in Baku in early June by a group of men in civilian clothes, a week after his return to Azerbaijan. The following day, after local activists reported on his apparent abduction, the authorities informed Aslan’s lawyer that the Narimanov District Court had found him guilty of ‘disobeying police’ and sentenced him to 30 days administrative detention. Aslan was deprived of his right to legal counsel throughout his detention and the court hearings.

Nigeria: Magistrate, lawyers allegedly beaten up by policemen in Imo

Officers of the Imo State police command have allegedly beaten up a magistrate of the Umuneke-Ngor division of the state Magistrate Court, Ngozi Onyenemezu.

The incident took place yesterday after she discharged robbery suspects brought before the court by the policemen.

Emma Eke and Chukwuemeka Anyanwu, who are lawyers representing the suspects, were also allegedly beaten up by the police.

He said the counsels had asked the court to strike the charge and discharge the accused persons, which the court did after hearing arguments from both sides.

Agu said: “In his ruling, the court upheld the arguments of the counsel and struck out the charge. Immediately the ruling was delivered and while the court was still sitting, the police went berserk.

“They shouted and rained vituperations on the magistrate and made to rearrest the accused persons. When the court wanted to call them to order, the policemen made for the magistrate like rabid dogs and the magistrate quickly took refuge in his chambers. On July 20, the newspaper Novaya Gazeta published a video footage received from Biryukova showing the torture of an inmate named Evgeny Makarov at a prison in Yaroslavl. The organization says she also appealed to Russian law enforcement agencies, asking for state protection for herself and her family. In her letter to Federal Investigative Committee chief Alexander Bastrykin, Biryukova said several of the guards who appear in the torture video have threatened to take revenge against her for outing them to the public, according to Meduza.

On July 20, the newspaper Novaya Gazeta published a video footage received from Biryukova showing the torture of an inmate named Evgeny Makarov at a prison in Yaroslavl. The footage was recorded in June 2017. 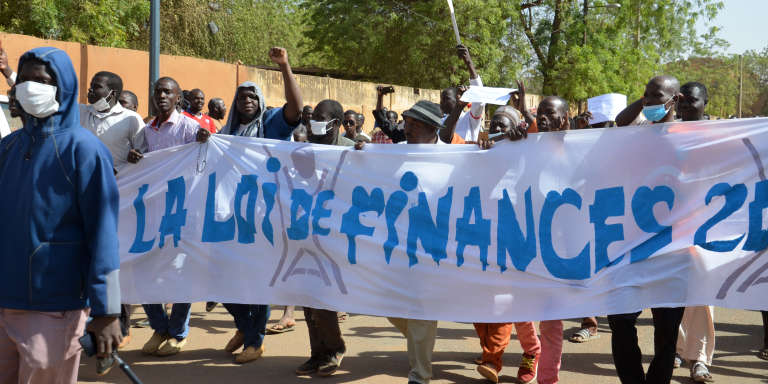