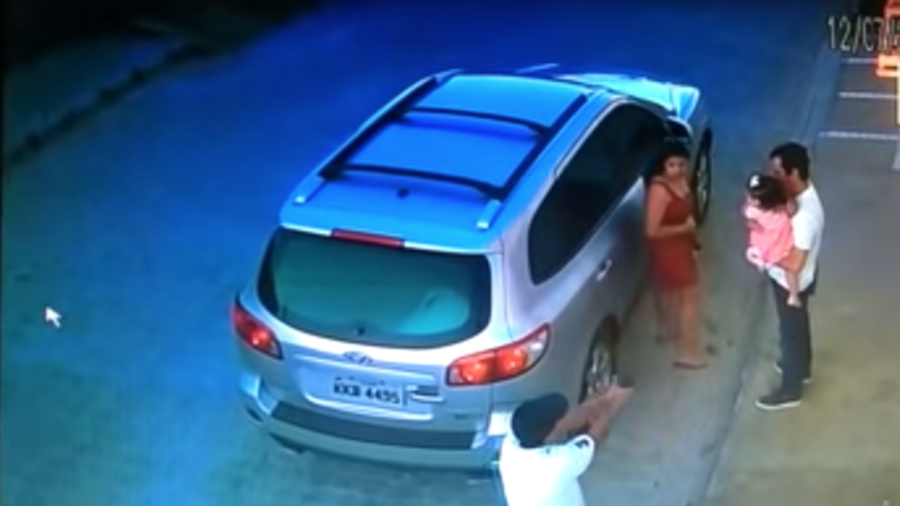 Police are investigating the murder of a labor lawyer who was shot at point-blank range in the presence of his 18-month-old daughter. The gut-wrenching CCTV video shows the father calmly accepting his fate to save his little girl.

André Ambrósio Ribeiro Pessoa, 46, died after receiving five gunshots late Thursday afternoon in Caruaru, Brazil. The extremely graphic video of the assassination –captured on security camera– shows the victim arriving at his ex-wife’s house to drop off the toddler. As soon as he gets out of the vehicle with his daughter and the nanny, the murderer approaches them, holding a gun.

The gunman is then seen ordering the labor lawyer to hand the child over to the babysitter before instructing Pessoa to get down on the sidewalk. 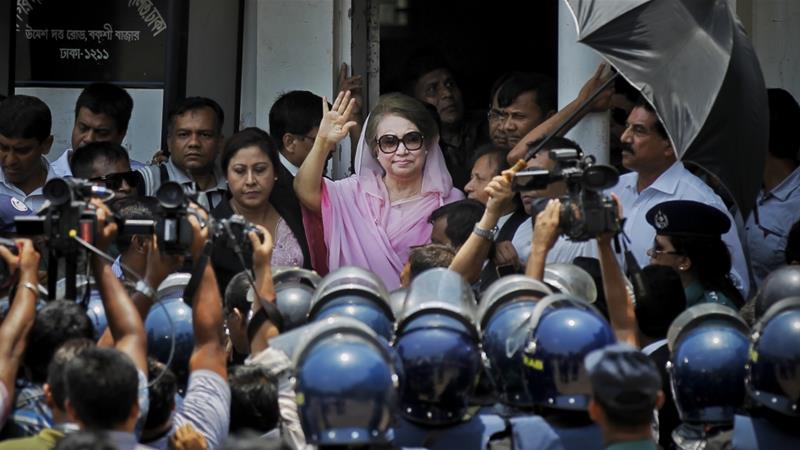 A senior UK lawyer has claimed that the Indian government deported him from the country at the behest of neighbouring Bangladesh government, which wanted to stop him from lobbying on behalf of a jailed opposition leader.

Lord Alex Carlile QC, a member of the legal team of Khaleda Zia, chairperson of the main opposition Bangladesh Nationalist Party (BNP), who was jailedin February for five years on corruption charges, said that he was “shocked that India should have succumbed supinely to representations by the Bangladesh government”.

The BNP leader and five others were accused of embezzling over 21 million taka ($252,000) from foreign donations intended for the Zia Orphanage Trust – a charity named after former President Ziaur Rahman, Zia’s husband.

In an incident that has sent shock waves in the entire legal fraternity, a lady lawyer was allegedly raped by another advocate in his chamber in Saket district court complex yesterday evening. Advocate P K Lal, who is in his 50s, raped the lady lawy…
… 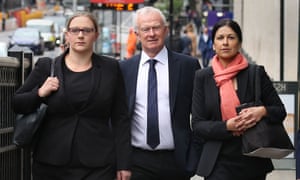 Martyn Day, a prominent human rights solicitor, should not have used “unbalanced and sensationalist” language at a press conference when announcing allegations that British troops murdered and tortured Iraqis, the court of appeal has been told.

The claim was made on the opening day of an appeal by the Solicitors Regulation Authority (SRA) against a disciplinary tribunal’s decision to acquit the London law firm Leigh Day and three of its lawyers of professional misconduct charges and one charge of dishonesty.

The misconduct allegations centre on the way the firm handled claims that British soldiers tortured and murdered Iraqi detainees after the so-called Battle of Danny Boy near Basra in 2004.

Fighting had erupted after members of the Mahdi army Shia militia ambushed a UK military patrol. It was alleged that some Iraqis were captured and taken back to a British base where they were supposedly tortured and murdered.

The claims were subsequently found to be fictitious by the al-Sweady inquiry in 2014 which said they were the product of “deliberate lies”.

Only one week after his administrative detention without charge or trial was renewed once more by the Israeli occupation, Salah Hamouri, the French-Palestinian lawyer and political prisoner, was declared an honorary citizen of the commune of Montcel at a ceremony organized by Mayor Gregory Bonnet and the town’s city council on 6 July.

The event was attended by around 50 people and opened with a speech by the mayor. In addition,speeches were made by Christine Pires-Beaune, Member of Parliament for the constituency; Jean-Claude Lefort, coordinator of the Support Committee to Salah Hamouri and honorary member of the National Assembly; Yves Chilliard, president of the Association France Palestine Solidarité 63; and Denise Hamouri, Salah’s mother live from Jerusalem over Skype.

The ceremony was followed by a brief reception and then a film screening and discussion organized by the AFPS 63, including a presentation of the film “PALESTINE: la case prison” (Franck Salomé, 2014)

Eighteen months after the murder of prominent lawyer U Ko Ni and after 62 pre-trial hearings, a lawyer representing the family of the victim has accused the defence of deliberately delaying proceedings.

U Nay La told reporters outside Yangon’s Northern District Court on Friday that lawyers acting for Ko Ni’s suspected killer and conspirators were delaying the course of justice. Late last month, the defence submitted a list of 50 witnesses.

Ko Ni, a senior legal adviser to the National League for Democracy, was killed outside Yangon International Airport. The rare assassination shocked the country and has not been fully explained, but is believed to have been politically motivated.

On Friday, the second witness for the defence testified; U Aung Win Zaw is one of four defendants in the case and is charged with premeditated murder under 302(1)(b) of the Penal Code. He is alleged to have hired gunman U Kyi Lin, who was detained at the scene, to carry out the killing.

Aung Win Zaw on Friday repudiated allegations by prosecution witness U Aung Soe that in June 2016, six months before the murder, Aung Win Zaw offered him up to K100 million to kill an unnamed “diplomat” in downtown Yangon.