Eighty years ago, a beaten and broken man limped into a bathroom of a barracks in the Dachau concentration camp. After five years of torture at the hands of his Nazi captors, fearful that he may finally break and betray his friends, attorney Hans Litten fashioned a noose and hung himself. His “crime” was that as a lawyer in 1931, he put the Nazi party on trial for an attack on a dance hall where a left-wing workers association was meeting. Three people were killed and twenty others injured. During the course of the trial, Litten called Adolf Hitler to the stand and cross-examined him for hours. According to reports, Hitler was so shaken and enraged by the experience that Litten’s name could never be uttered in his presence. As the Nazis ascended to power, Litten turned down opportunities to flee Germany insisting that he needed to stay for his clients. In the hours following the Reichstag fire in 1933, Hitler got his revenge. Litten, at the top of Hitler’s enemies list, was arrested, imprisoned and tortured until his suicide in Dachau in 1938.

Today, it is more important than ever to keep Litten’s memory alive, when governments around the world have declared an unofficial war on lawyers who are fighting for the human rights of their clients. One of the worst offenders is China, who has faced growing international criticism for its actions against human rights attorneys and advocates in the country.

The repression known as the 709 Crackdown began in July 2015 when 248 human rights lawyers were detained and interrogated for work they had done on behalf of their clients. Charges were filed against a number of those detained for a variety of “crimes” under Chinese law, including “subversion,” which can carry a life sentence, and “subversion of state power,” which can result in up to 15 years in prison. The Chinese government has also suspended law licenses, engaged in enforced disappearances and filed and prosecuted arbitrary criminal cases against human rights defenders in China.

Three years on, according to Amnesty International, of the 248 individuals who were detained, nine were convicted of the “crimes” of “subverting state power,” “inciting subversion of state power” or “picking quarrels and provoking trouble.” Three people were given suspended sentences and one “exempted from criminal punishment” while remaining under surveillance. As of July 2018, four remain imprisoned.

Eric Paulsen and S Arutchelvan were acquitted of allegedly criticising Jakim and the judiciary.

Human rights lawyer Eric Paulsen and Parti Sosialis Malaysia (PSM) leader S Arutchelvan were today freed from the sedition charges made against them in 2015.

Sessions Court judge Edwin Paramjothy ordered their acquittal after deputy public prosecutor Norinna Bahadun told the court that the prosecution did not wish to continue the cases against them.

Paulsen claimed trial at the Sessions Court in February 2015 to a charge of criticising the Malaysian Islamic Development Department (Jakim) on his Twitter account.

Arutchelvan meanwhile was charged with sedition in November that year for allegedly criticising the judiciary over the Sodomy 2 judgment.

Speaking to reporters after the acquittal, Paulsen said there was no need for a colonial law on sedition in this age.

The New York bar’s unprecedented attempt to suspend prominent corporate accountability attorney Steven Donziger without a hearing after he helped Ecuadorian Indigenous peoples win a $9.5 billion environmental judgment against Chevron is based on false testimony from a paid company witness coached 53 days by lawyers at the firm Gibson Dunn & Crutcher, according to a bombshell report produced by one of the world’s leading forensic computer investigators.

Donziger still maintains his law license and is helping his clients in Ecuador’s Amazon rainforest enforce their judgment by trying to seize Chevron’s substantial assets in Canada, where three appellate courts have issued unanimous rulings in their favor. (See here.) But behind the scenes, Chevron’s batallion-sized U.S. legal team – it has included 2,000 lawyers from at least 60 firms at a cost of at least $2 billion – has trained its sites on demonizing Donziger as part of a new corporate “playbook” invented by the company’s attorneys at the Gibson Dunn firm and marketed to scandal-plagued clients facing major liabilities.

According to multiple sources, the Gibson Dunn marketing playbook involves what the firm calls the “kill step” to defeat the enforcement in the U.S. of civil money judgements obtained from foreign courts. The “kill step” usually involves accusing opposing counsel of “fraud” and other misconduct to try to intimidate them into withdrawing, thereby leaving the corporation’s victims defenseless and unable to continue with their cases. If actual evidence of fraud does not exist, as in the Ecuador matter, the Gibson Dunn lawyers will hire investigators to bribe foreign witnesses to concoct false stories of “fraud” about opposing counsel to be presented in U.S. courts; the firm’s lawyers are theoretically protected from any downside risk by the general inability of U.S. courts to force foreigners to appear or be deposed. 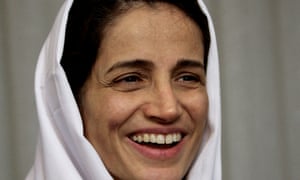 The European Union has expressed serious concerns about the continuing detention of Nasrin Sotoudeh, the prominent Iranian human rights lawyer who is serving a five-year jail sentence.

Sotoudeh was arrested in June amid a crackdown on defence lawyers representing cases deemed sensitive to the country’s national security.

“The EU is seriously concerned about the arrest of the prominent Iranian lawyer and 2012 laureate of the European parliament’s Sakharov Prize, Ms Nasrin Sotoudeh,” an EU spokesperson told the Guardian on Wednesday.

Sotoudeh’s arrest comes amid an exceptionally tense atmosphere in Iran, where authorities are stifling dissent as they scramble to contain weeks of street protests over economic grievances, environmental issues and a lack of political and social freedoms.

“We have contacted the Iranian authorities on the matter to seek more information about her situation,” said the spokesperson. “We will continue following the issue closely. The EU attaches high importance to the human rights situation in Iran and has been raising concerns in the context of the High Level Dialogue, in bilateral meetings and in the UN framework.”

Sotoudeh, 55, is facing a torrent of charges, including espionage, after arguing a string of cases involving women arrested for defying hijab rules by taking off their headscarves in public and waving them on a stick.