Peshawar High Court Chief Justice Waqar Ahmad Seth on Friday withdrew a contempt notice issued to Pakistan Bar Council vice-chairman Syed Amjad Shah after a delegation of senior lawyers from across the country called on him and requested him to drop the charges.

Few days ago, a notice was issued to the PBC vice-chairman through the high court’s additional registrar asking him to appear before the chief justice on Aug 30 in relation to certain allegations he had made in an interview on an internet channel on July 20.

The senior lawyers declared the meeting with the chief justice a jirga in line with the longstanding rich traditions of the province.

Chief Justice Waqar Ahmad Seth began hearing into the case in the morning but it was put off at the request of senior lawyers.

The hearing resumed later in the day after a meeting with the ‘jirga’ members.

ChinaAid learned today that renowned human rights lawyer Tang Jingling has gone missing, only months after he was released from five years in prison.

Tang, who has spent his career defending the rights of those victimized by the Chinese Communist Party, had only been out of jail since April 29. He was previously taken into police custody in the days leading up to the 2014 anniversary of the Tiananmen Square Massacre and sentenced to five years in prison—including those he had already served—in 2016.

No one has been able to verify Tang’s whereabouts, and ChinaAid President Bob Fu believes he Tang may have been detained again.No further details are available at this time. ChinaAid will continue to report on this case as it unfolds.

Today, on International Day of the Disappeared, human rights lawyer #TangJingling has been missing for 24 hours.

Tang had previously been sentenced to 5 years for his democracy activism. He was released from jail on 29 April this year.

Tang Jingling lawyers yesterday took a high-speed to Guangzhou, only 15:10 sub-high-speed rail arrived at Guangzhou South Railway Station after the loss of contact so far, has been more than 24 hours. pic.twitter.com/s6j1JMGbyv

"Tang Jingling arrived in Guangzhou at 3.10pm (Beijng time). He's been out of contact since. Power is cut in his flat. Where has Guangzhou state security taken him?" #HumanRights lawyer #TangJingling was released from prison after serving 5 yrs on 29 April, exactly 4 months ago. https://t.co/Nwm4AuEeJp

The Supreme Court has directed the State of Uttar Pradesh to produce before it today the LLM student who had gone missing from Shahjahanpur, after her allegations of sexual harassment against former Union Minister and BJP leader Swami Chinmayanand surfaced online. The Court also directed the Registrar Judicial to make internal arrangements to facilitate her production in camera.

This order was passed today after the Court was informed that the LLM student who had gone missing on August 24 has been located in Rajasthan. The Court said that after it interacts with the girl, it will reassemble to pass further orders.

The LLM student from the Swami Shukdevanand Law College (SS Law College) in Shahjahanpur in Uttar Pradesh had posted videos online leveling allegations of sexual harassment against Swami Chinmayanand. The student went missing three days after the allegations were made.

The Court had taken suo motu cognizance of the incident after a group of lawyers had written a letter to the Court urging for the same. The matter was mentioned before the Bench headed by Justice NV Ramana on Wednesday.

When the suo motu case was taken up for hearing today by the Bench of Justices R Banumathi and AS Bopanna, the Court was informed by Advocate Shobha Gupta that the girl had been located in Rajasthan according to a statement released by the UP Police. She was being taken back to her home in Shahjahanpur from Rajasthan, the UP Police has claimed.

The Philippines: PNP files kidnapping raps vs Trillanes, 3 others 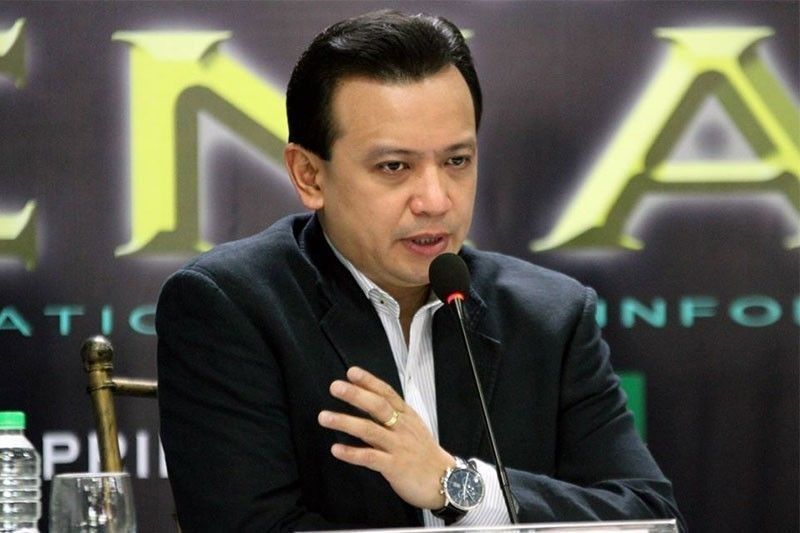 The PNP-CIDG accused Trillanes of violating Article 267 of the Revised Penal Code over the alleged kidnapping of Guillermina Lalic Barrido, also known as Guillerma Arcillas.

Others named as respondents are Fr. Albert Alejo, lawyer Jude Sabio, a certain “Sister Ling” of the “Convent of Cannussian Sisters” in Makati City and other unidentified persons.

The order named in the CIDG complaint does not exist although there is a Canossian Daughters of Charity convent in Paco, Manila.

The complaint stemmed from Barrido’s signed affidavit where she claimed that in December 2016, she was brought to a room in the “Convent of Cannussian Sisters” and was not allowed to leave.

Barrido said she was later transferred to a convent in Quezon City. She claimed she was accompanied by Alejo, Sister Ling and a certain Olivia, who is supposedly a member of the staff of Vice President Leni Robredo.

She said that Trillanes had repeatedly called her, telling her she cannot leave unless she signs the affidavit.

“It is clear from the foregoing that herein respondents feloniously, maliciously and intentionally put the complainant under detention for 14 days in order to force her to do something against her will,” the PNP-CIDG said.

Trillanes: A clear case of harrasment

In a statement, Trillanes slammed the PNP’s complaint as a clear case of “harrassment  and persecution of Duterte against his critics.”

Sabio served as legal counsel of Matobato, man who has testified in the Senate that he was part of a hit squad that operated on Duterte’s orders.

Sabio and Trillanes are among the parties that called the International Criminal Court’s attention to alleged extrajudicial killings in the country under the Duterte administration.

Abyss of no return

Lawyer Jude Sabio insists Mina Arcillas/Guillermina Barrido not kidnapped but volunteered info vs Pres Duterte. Says he believed her and drafted a 60-page judicial affidavit based on details from her. Says she never mentioned being kidnapped in her 2017 presscon. pic.twitter.com/TKeJrTwDvB

Jude Sabio on what political ground he does not treadhttps://t.co/YWTDr0KsJn

Pakistan/Day of the Endangered Lawyer: Punjab lawyers on strike against murderous attacks

Pakistan/Day of the Endangered Lawyer: Pride of Pakistan is Saiful Malook ! https://t.co/rBd0KWMVG7

Re:  Continuing Attacks on Judges, Prosecutors, Lawyers, and Other Legal Professionals

The New York City Bar Association writes to express its profound and ongoing concern in the wake of violent attacks on judges, prosecutors, lawyers, and other legal professionals in the Philippines.

The Association is a 148-year-old organization of more than 24,000 members in New York City, throughout the United States, and in more than fifty countries around the globe. Our members include judges, prosecutors, defense counsel, government lawyers, and public interest/non-governmental organization practitioners, as well as legal academics and attorneys representing nearly every major law firm and corporation in the United States. The Association has a long and distinguished history of promoting the rule of law and human rights (including the rights of legal professionals to fulfill their professional obligations), chiefly through the Association’s Committee on International Human Rights, together with its Committee on Asian Affairs (and its other regional committees), as well as its Task Force on the Independence of Lawyers and Judges.

Under the Duterte Administration, legal professionals—which include judges, prosecutors, lawyers, and paralegals—have been harassed, assaulted, and assassinated in connection with your war on drugs (known as Oplan Tokhang).[1] As discussed further in this letter, attacks on Philippine lawyers often correlate with, among others, their representation of clients who are charged with being members of dangerous drug cartels, attorneys’ accusations of corruption against the police and army, and for promoting due process rights.  Similarly, prosecutors and judges are attacked in connection to their decisions involving prosecutorial discretion and the exercise of due process rights, among other issues.

Your Administration’s tacit (often explicit) support for these attacks, your failure to condemn the attacks, and your failure to properly investigate the attacks and bring the perpetrators to justice have fostered a culture of impunity throughout the Philippines.[2] In short, as outlined in greater detail below, your Administration is waging not only a war on drugs, but also a war on legal professionals and human rights defenders, and a war on the justice system and the Rule of Law itself. 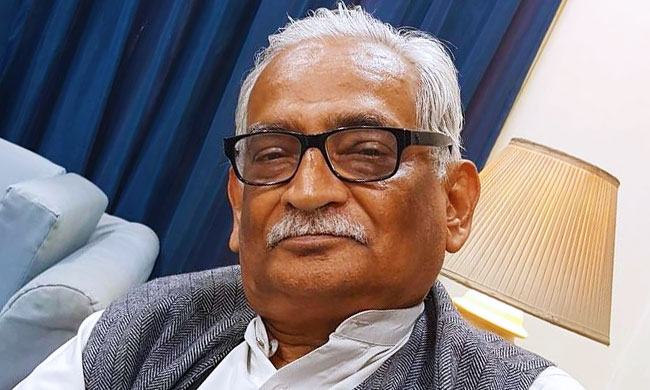 Alleging that he was threatened for representing Muslim parties in the Ayodhya-Babri Masjid dispute, Senior Advocate Dr Rajeev Dhavan has filed a petition in the Supreme Court seeking action for criminal contempt against a Chennai-based professor.