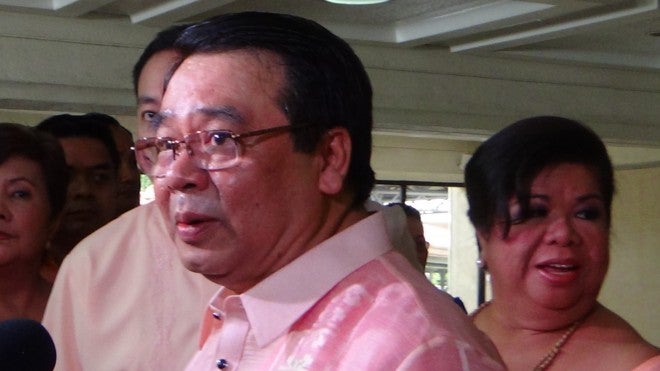 The Department of Justice (DOJ) has summoned several leaders and officers of left-leaning groups over charges of trafficking, and child abuse after a female student was reported missing following her alleged recruitment in Anakbayan.

Former Akbayan Representative Tom Villarin was also included among those who were summoned. However, the subpoena stated that he serves as chair of Anakbayan, which is a different group from Akbayan.

“You are hereby warned that failure on your part to comply with this subpoena shall be considered as your waiver to present your defense in this preliminary investigation and the same shall be considered submitted for disposition,” read the subpoena.

The charges were in relation to the case of 18-year-old senior high school student Alicia Lucena who was reported missing after being allegedly recruited by Anakbayan.

NUPL calls raps vs. Neri Colmenares absurd: How can he recruit minors for leftist groups?

Pakistan/Day of the Endangered Lawyer: Lawyers to observe strike on Monday

The lawyers on Saturday announced to observe a strike across the country on August 26 against the government references against judges, alleged harassment of legal fraternity and the Indian aggression in Kashmir.

The All Pakistan Lawyers Convention by Karachi Bar Association at the City Courts decided that the lawyers throughout the country as well as in Gilgit Baltistan and Azad Jammu and Kashmir will boycott courts on Monday and hold protest meetings at the bar rooms. A resolution was passed at the convention, saying the references against Supreme Court’s Justice Faez Isa and Sindh High Court’s Justice K.K. Agha were “frivolous, concocted and malafide” and are tantamount to an attempt to muzzle and subjugate the independence of the judiciary.

The lawyers demanded putting the petition filed by Justice Isa, the Pakistan Bar Council and the Supreme Court Bar Association against the references before a full court bench of the apex court for hearing by intelligible judges. Criticizing the Supreme Judicial Council, they said they deprecated the language used against Justice Isa in the SJC Order disposing of reference no. 427 of 2019 and added the neutrality and impartiality of the SJC has come into question.

The lawyers also criticized Peshawar High Court’s contempt of court notice to the PBC vice-chairman Syed Amjad Shah and condemned the alleged forced disappearance of former vice president of Multan High Court Bar Association Wasif Naveed Qureshi. They also condemned the announced and unannounced restrictions on the media against fair reporting and asked journalists, civil society and political parties to align against these attacks on the freedom of speech.

The lawyers in the resolution also condemned the barbaric acts of the Indian government in Kashmir and expressed their complete solidarity with the people of the occupied valley in their struggle for legitimate rights and aspirations.

Two demonstrations were held on Thursday and Friday, August 22-23, in the central areas of the French capital by the members of Mojahedin Khalq Organization (MKO) and royalists along with the secular republicans.

Both protests were organized ahead of the G7 summit, set to begin on Saturday night, August 24, in Biarritz, western France.

During the anti-Islamic Republic gathering by MKO, in Paris’ Square du Trocadéro, the demonstrators chanted fiery slogans against the Islamic Republic’s top diplomat.

“Kick out Zarif,” “Zarif is a Terrorist, Expel him,” read the banners held by the MKO members.

In the meantime, Macron met with world leaders and their representatives ahead of the Group of Seven summit which opens in the south-western French city of Biarritz on Saturday.

Sotoudeh’s husband, who posted a copy of Macron’s letter on his Facebook page, told the New York-based Center for Human Rights in Iran (CHRI), “Today [March 7] a legal representative from the French Embassy in Tehran gave me a letter from French President Emanuel Macron and the Group of Seven (G7).”

The letter was delivered to Khandan a day after it was disclosed that a Revolutionary Court in Tehran had convicted Sotoudeh on national security charges. “I am pleased to invite you to this initiative to advance real equality between women and men around the world,” Macron wrote to Sotoudeh.

Sotoudeh’s seat in the council in France will be vacant and adorned with a bouquet, while she is kept in Tehran’s infamous prison, Evin.