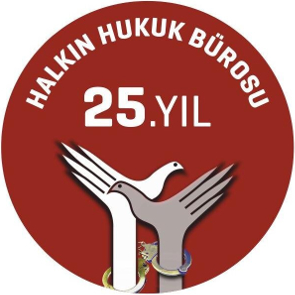 On 20 September 2017, 14 lawyers were charged with “being members of a terrorist organisation” by the Istanbul Criminal Judgeship of Peace. They were detained and taken into police custody on 12 September 2017.

Didem Baydar, Şükriye Erden, Ayşegül Çağatay, Ebru Timtik, Aytaç Ünsal, Zehra Özdemir, Yağmur Ereren, Engin Gökoğlu, Süleyman Gökten, Aycan Çiçek, Naciye Demir, Behiç Aşçı, Barkın Timtik and Özgür Yılmaz are human rights defenders and lawyers belonging to the People’s Law Officein Turkey. They are well known due to their work on high profile cases such as that of 15- year old Berkin Elvan, who died during the Gezi Park protests after being hit on the head by a tear-gas canister fired by a police officer, and  Dilek Doğan, a young woman who was shot and killed by a police officer during an anti-terror raid on her house on 18 October 2015.  They also represent Nuriye Gülmen and Semih Özakça, two educators dismissed from their positions following the failed coup attempt on 15 July 2016.  The detention of the 14 human rights defenders from the People’s Law Office occurred two days before the educators’ trial was due to begin on 14 September 2017.

On 11-12 September 2017, around midnight, Turkish police raided the offices of People’s Law Office in Istanbul and Ankara as well as the lawyers’ houses. The 14 human rights defenders were detained following a warrant issued by the Istanbul Chief Prosecutor’s Office accusing them of “being members of a terrorist organisation”. On 20 September 2017, the human rights defenders were taken to the prosecutor’s office in Istanbul courthouse where their testimonies were taken. Ahmet Mandacı and Ezgi Gökten were then released under judicial control as they had no formal ties to the People’s Law Office, while all others were arrested. The lawyers are accused of having ties to the Revolutionary People’s Liberation Party (DHKP-C) which is recognised as a terrorist organisation in Turkey.