The Philippines: Solons find impeachment complaint vs Sereno in order

The first of two impeachment complaints against Chief Justice Maria Lourdes Sereno passed the twin tests of sufficiency in form and substance on Wednesday, setting the stage for further committee deliberations at the House of Representatives.

The House justice committee, voting 30-4, found enough basis to hear the charges against Sereno, including not declaring her real wealth, buying a luxury car with government funds and making questionable decisions without consulting her fellow magistrates.

But the same committee junked the second complaint by a vote of 28-5 due to flawed wording in the verification document.

A Councilor of Tuburan and a motorcycle taxi driver suffered gunshot wounds after two motorcycle-riding men shot them in Sitio Cadahuan, Barangay Talamban, Cebu City, on Wednesday evening, September 13. Lawyer Reynante de la Cerna, 42 and Romel Mante, driver, were rushed to the hospital for treatment. They were shot around 7:30 p.m. in different parts of their bodies. The victims were conscious while being transported to the said hospital. Senior Police Officer 2 Winston Ybañez of the Homicide Section of the Cebu City Police Office said that de la Cerna was going home when the men shot him and the driver many times.

Authorities in the eastern Chinese province of Shandong have threatened the defense attorney of a social media user jailed for two years after he called President Xi Jinping by a forbidden nickname on social media.

Zhu Shengwu, who represented defendant Wang Jiangfeng after he used Xi’s nickname “steamed buns” online, said he has been told he is under a disciplinary investigation, meaning that his license to practice law could be revoked at a hearing on Sept. 21.

“The investigation didn’t directly touch on the Wang Jiangfeng case, but I think that’s what this is about,” Zhu told RFA on Wednesday. “Because they shut down my access to social media after my defense statement.”

Wang Jiangfeng was sentenced by the Zhaoyuan People’s Court on April 12 after being found guilty of “picking quarrels and stirring up trouble.”

He was accused of referring to the head of the ruling Chinese Communist Party as “Steamed Bun Xi” in a group message to the social media platforms WeChat and QQ.

“Steamed Bun Xi” has been a banned word on China’s tightly controlled internet since the president ordered the buns during a visit to a Beijing restaurant in December 2013, prompting petitioners to gather outside toting a placard that read “President Xi, I’d like to eat steamed buns too” in a bid to get their grievances against the government heard.

The Ankara Public Prosecutor’s Office on Sept. 13 issued detention warrants for 79 people who previously worked at private schools and private teaching institutions closed with state of emergency decrees. Some 30 people have been detained in line with the warrant so far.

The suspects are accused of using the Bylock smartphone app, an encrypted messaging application said to have been used by members of the Fethullahist Terrorist Organization (FETÖ), widely believed to have orchestrated last year’s failed coup attempt.

Separately, police on Sept. 13 detained nine women in the northern province of Tokat for alleged links to FETÖ, upon an investigation initiated by the province public prosecutor’s office, state-run Anadolu Agency reported.

The women, including former lawyers and judges previously dismissed over alleged Gülen links, were taken to the police station to give their testimonies.

Meanwhile, Prof. Dr. İştar Gözaydın Savaşır, who is currently on trial over alleged Gülen links, will not be able to get a human rights award due to be grant by the king of Norway on Nov. 13, due to a travel ban.

Savaşır was arrested on Dec. 27, 2016 on accusations of being a member of FETÖ. She was, however, released with an Istanbul court order on March 30, but along with a ban on her traveling abroad.

She appeared at court for the first time on Sept. 12 and demanded that her travel ban be lifted, citing the award ceremony in Norway. Istanbul’s 27th Heavy Penal Court, however, denied Savaşır’s request.

Activist and human rights lawyer Gao Zhisheng is said to be currently in police custody in Beijing. Last heard from on 13 August 2017, his exact location and current condition remain unclear. Given his previous treatment in detention, and without access to a lawyer, he is at high risk of torture or other ill-treatment. 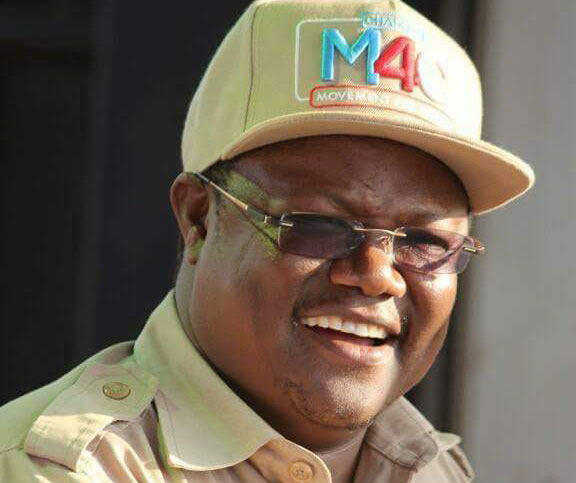 Tanzania’s main opposition party claimed Tuesday that the government of President John Magufuli played a role in the gun attack last week that wounded an outspoken politician and shocked the country.

The lawmaker, Tundu Lissu, has had a series of run-ins with the government and has been arrested at least six times this year, accused of insulting the president and disturbing public order, among other charges.

“The government is involved in this attack,” Benson Kigaila, who handles defence and security matters for opposition party CHADEMA, told reporters in Tanzania’s main city of Dar es Salaam.

“Magufuli and his government harassed Tundu Lissu because he wouldn’t stop criticising, in and out of parliament, President Magufuli.”

Lissu, chief whip for the parliamentary opposition, was attacked at his home in the capital Dodoma on Thursday, after returning from a parliamentary session.

He was shot in the stomach and leg, according to local media reports, and the party said he was in critical condition.

After being transferred to a hospital in Nairobi, the party reported that his condition had improved. Abdolfattah Soltani, who spent most of his legal career defending political prisoners before becoming one himself, continues to be denied parole and adequate medical treatment as he enters his seventh year in prison, his daughter told the Center for Human Rights in Iran (CHRI).

“By law, my father should have been freed three years ago after serving a third of his 10-year prison sentence,” said Maede Soltani on September 10, 2017.

“However, the judiciary has prevented this without any clear reason,” said Maede Soltani, who lives in Germany. “They don’t want him to go free only because he insists on his rights and innocence. The judiciary isn’t impartial or independent. The real decision-maker is the Intelligence Ministry.”

The 63-year-old prominent human rights lawyer has been behind bars since 2011, serving a 13-year prison sentence for “being awarded the [2009] Nuremberg International Human Rights Award,” “interviewing with media about his clients’ cases,” and “co-founding the Defenders of Human Rights Center.”

According to Maede Soltani, her grandmother, Masoumeh Dehghan, was explicitly told by a judicial official that the Intelligence Ministry, as the arresting authority, opposes releasing the attorney despite his eligibility for parole and the fact he’s in poor health.

Human rights activists called on China on Wednesday to stop detaining lawyers and critics, voicing concern for their health and fate in custody after the death of jailed Nobel laureate Liu Xiaobo attracted international attention in July.

China said the concerns had no basis in fact.

The activists highlighted the case of Jiang Tianyong, a prominent human rights lawyer disbarred in 2009, who disappeared last November and was held incommunicado for six months.

Jiang’s verdict is pending on charges of subversion, to which he confessed at a trial last month, saying he had been inspired to overthrow China’s political system by workshops he attended overseas.

“The trial can be reasonably called neither fair nor impartial. In just the most obvious violation of due process, Mr Jiang was shown in a televised confession on state media in March 2017,” Sarah Brooks of International Service for Human Rights told the United Nations Human Rights Council.

Egypt on Wednesday acknowledged the detention of a human rights lawyer who went missing on his way to a U.N. conference on forced disappearances, accusing him of disseminating fake news.

Ibrahim Metwally, who was arrested at Cairo International Airport three days ago and initially held incommunicado, may have been targeted because he provided legal aid to the family of Giulio Regeni, an Italian graduate student who was abducted and tortured to death in 2016 during a police crackdown in Cairo.

Regeni’s killing sparked a major diplomatic row with Italy, which said Egyptian authorities had not fully cooperated with investigators and withdrew its ambassador in protest last year. On Wednesday a new ambassador arrived, signaling an improvement in relations.

Egyptian authorities have denied any involvement in Regeni’s killing, but activists say it bore the hallmarks of police brutality. Regeni went missing in Cairo on Jan. 25, 2016, when police were out in force to prevent protests, and his body was found days later, bearing the signs of intense torture.

The Supreme State Security Prosecution on Wednesday acknowledged Metwally had been detained, and ordered him held for 15 days in Cairo’s sprawling Tora Prison complex pending investigations. It said he was interrogated Tuesday night.

Turkey/AI: “My time in jail has made me even more committed”: Salil Shetty meets Amnesty Turkey’s jailed director

As I walked I was acutely aware of the armed guards in watch towers high above me tracking my every step. I was on my way to meet my colleague and friend İdil Eser, in the highest security section of Turkey’s highest security prison. İdil, the Director of Amnesty International in Turkey, was arrested alongside nine other human rights defenders on absurd terrorism charges more than two months ago. Incredibly – other than her lawyers who see her for one hour each week, and a Member of Parliament – I will be İdil’s first visitor.

Provisions restricting prisoners detained under the state of emergency to visits by immediate family members have meant that İdil, who has no living relatives, has been entirely cut off from her friends.

I had attempted to visit İdil as soon as I arrived in Turkey some days earlier, but had been turned away at the prison gates. After meeting the Minister of Justice Abdülhamit Gül in Ankara, renewing our call to be granted a visit, I could finally see her.

Of all the prisons around the world I’ve been to, Silivri – the largest penal facility in Europe – is the most sophisticated and the most intimidating. After passing through its imposing entrance and being subjected by the courteous prison guards to body searches, metal detectors and an iris scan, I found myself in huge city of concrete.