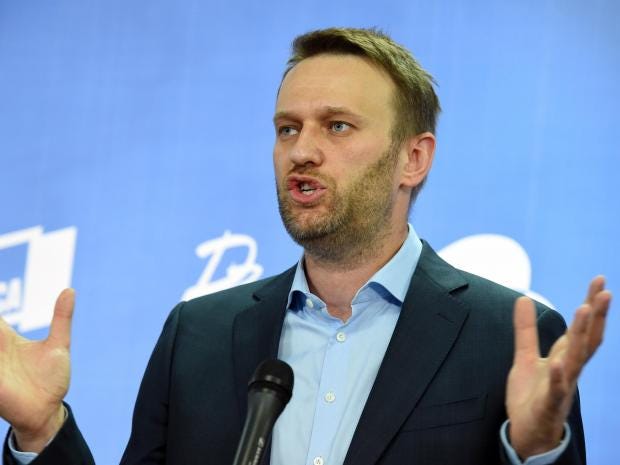 Alexei Navalny, the Russian opposition leader and prominent critic of Vladimir Putin, says he has been arrested again outside his Moscow home after he left to attend a pre-election rally with supporters.

Mr Navalny tweeted that he had been “detained and was being taken somewhere”, but that he did not know where.

Russia will hold a presidential election in March which incumbent Vladimir Putin is widely expected to contest.

Russia’s central election commission has said Mr Navalny is not eligible to run, but he still hopes to stand against Mr Putin.

Mr Navalny, an anti-corruption campaigner, said on social media police had told him they wanted to talk to him about something, but it was not clear what, or whether he would be charged with anything.

He had been due to address a rally in the city of Nizhny Novgorod later on Friday.

This is the third time the Russian opposition leader has been detained this year.

Aung Win Zaw, one of the suspects accused of plotting the brazen assassination of prominent legal adviser U Ko Ni on January 29, is believed to have played a far more hands-on role than initially thought.

Not only was he involved in masterminding the plan with his brother, fugitive Aung Win Khaing, but he drove the alleged shooter Kyi Lin to the airport himself, according to authorities.

“Police have found that they went to the airport together in the same car before the assassination happened. This finding is a crucial link to prove the relationship between these two suspects in this case,” said Robert San Aung, the lawyer for Ko Ni’s family.

Sub-inspector Kyaw Win Oo testified in court in Yangon on September 22 that the two men “went to the airport together on the day the incident happened.”

Kyi Lin then waited for Ko Ni to come out of the departure area and shot him in the back of the head, killing him instantly, according to the official version of events. He is also accused of fatally shooting Nay Win, a taxi driver who tried to chase him down.

The police arrested Kyi Lin near a cabstand minutes later after a chaotic standoff. Days later, on February 2, they confiscated a Toyota Hilux at Aung Win Zaw’s home in Yangon’s Dawbon Township. This was the vehicle allegedly used to take Kyi Lin to the airport.

Investigators believe that Aung Win Khaing masterminded the assassination and that his brother Aung Win Zaw approached Kyi Lin to carry it out. Two additional suspects, Zeya Phyo and Aung Win Tun, have also been arrested.