Egypt/Brazil/Canada: The Allard Prize and The Case for Public Integrity

Peter Allard is heir to a fortune in Canada. 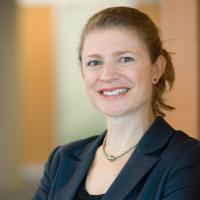 But instead of stashing in a bank or a hedge fund, Allard has decided to give much of it away.

Including $32 million to fund the law school at the University of British Columbia and to fund an $80,000 prize for international integrity.

This year’s prize winner will be announced September 28 in Vancouver.

So far, the prize has a bias in favor of anti-corruption fighters in the Third World.

In 2013, the finalists were Global Witness, which focuses on corruption in the Third World, an Afghan human rights activist, and the winner was an anti-corruption activist from India.

This year, the finalists are the Brazilian Car Wash prosecution team, an Azerbaijani journalist and an Egyptian human rights worker.

Lawyer and Women’s Rights Defender Azza Soliman is a finalist for the 2017 Allard Prize for International Integrity.

Soliman is a co-founder of the Center for Egyptian Women’s Legal Assistance and has dedicated her life to fighting corruption and injustice faced by Egyptian women in both the private sphere and the judicial system.

She has worked to support women’s access to justice by using progressive interpretations of religion to influence legislation and combat the monopoly and corruption of religious institutions.

On September 28th the dream team bringing down corruption in Brazil will be in Vancouver as finalists for the Allard Prize for International Integrity.

This Brazilian anti-corruption prosecution task force has worked to prosecute some of the most powerful Brazilian political leaders, including the popular former president, Luiz Inacio Lula da Silva, who was convicted of corruption and money laundering.

Turkey’s prominent human rights advocate and journalist Eren Keskin, who is facing 143 lawsuits and barred by Turkish government from international travel due to her position as editor-in-chief of the government closed pro-Kurdish Özgür Gündem daily, was awarded by Stockholm-based Anna Dahlbäck Memorial Fund with the Human Rights Prize of 2017.

Since Eren Keskin could not attend the award ceremony in Mediterranean Museum (Medelhavmuseet) due to her travel ban her colleague Sidar Güney attended the ceremony on behalf of her and read out a two-page letter written by Keskin.

Keskin has stated in her written speech that the human rights situation in Turkey is dire and that hundreds of journalists, writers and human rights advocates are jailed after Turkish government’s intense crackdown on media and the rights defenders.

India/Kashmir: IAPL CONDEMNS THE HARASSMENT OF KASHMIRI LAWYERS BY THE NATIONAL INVESTIGATION AGENCY AND EXTENDS SOLIDARITY TO THEIR LEGITIMATE STRUGGLE

Lawyers across Kashmir boycotted court work for four consecutive days from 4th to 7th September 2017 against the summoning of the President of High Court Bar Association (JKHCBA), Advocate Mian Qayoom by NIA (National Investigation Agency). The lawyers at Srinagar court complex as well as the High Court had also staged protests under the banner of JKHCBA. They were even supported by all the District and Mufassil Bar Associations of Kashmir.

The NIA has claimed that they are probing into whether the funding of separatists from terrorist outfits was being used to fuel violence in the valley (FIR No. RC-10/2017/NIA/DIL) and has hence issued summons to Advocate Mian Qayoom. However since the past few months on this pretext, the NIA has been targeting lawyers in the valley. In July, the houses of Advocate Devinder Singh Behl from Jammu was raided. On August 16th, the residence of Advocate Mohammed Shafi Resh was raided in Baghat, as part of twelve raids conducted by the NIA in Srinagar, Baramulla, and Handwara. Advocate Resh is a member of the Bar and also represents the pro-freedom Hurriyat Conference led by Syed Ali Geelani. Meanwhile, Doda based lawyer, Babur-ul-Islam Nehru remains in custody since 22 July 2017.

As reasons for going on strike, the HCBA in its letter to the CJI, has mentioned its apprehensions and suspicions, stating that though Mian Qayoom has been summoned as a witness, they have reason to believe that there is more than what meets the eye. The notice had been issued under Section 160 Cr.P.C., Proviso wherein it requires NIA to record the statement of a witness at his place of residence if he/she is less than 15 or more than 65 years of age. Qayoom is more than 65 years of age.

However, this particular targeting of lawyers like Mohammed Shafi Resh and the President of the JKHCBA has to be viewed in the background of the recent decisions of the HCBA. On July 28th, the HCBA had constituted a “high powered” legal team to examine the constitutional validity of NIA Act, 2008 and its application to the State of J&K and suggest ways and means for providing necessary legal aid to all those who have been booked in FIR No. RC-10/2017/NIA/DIL by NIA, taken to Delhi after arrest and remanded to police custody. This was decided by the Bar Association in the interests of issues concerning the people of Kashmir, more particularly the one relating to the “misuse” of the provisions of NIA Act by NIA authorities in “terrorising, arresting, humiliating and harassing” the pro-freedom leadership and their activists. The HCBA had also taken a stand before the Supreme Court with regard to the use of pellets in Kashmir and is also defending Article 35-A of the Constitution of India in a petition filed by an NGO Court calling for it to be struck down. It is hence imperative that the recent summons issued by the NIA/Central Government on the head of the HCBA be viewed as an act of vindictiveness to suppress and harass anyone (in this case a Lawyer’s Association) who dare challenge the authority of Delhi.

The Indian Association of People’s Lawyers (IAPL) strongly condemns the illegal and unwarranted raid on the residence of advocate Resh and views the summons issued to the High Court Bar Association President, Mian Qayoom as an act to suppress, harass and demonise the Kashmiri lawyers in general and a Bar Association in particular. It is also an attempt by the NIA to browbeat the parties in the litigation process by attacking lawyers who have been staunch defenders of Article 35A of the Constitution of India and the rights of Kashmiri people. IAPL demands, that the NIA immediately stop all raids, summons and criminal proceedings directed against Kashmiri lawyers in connection with FIR No. RC-10/2017/NIA/DIL. IAPL also extends its solidarity to the legitimate struggle of the Kashmiri lawyers protesting against the unwarranted and unconstitutional authority of Delhi.

Renowned human rights lawyer Gao Zhisheng is being held by authorities Beijing, his brother finally learned after a stressful three weeks of not knowing what had happened to his high-profile brother.

Gao disappeared from his home in Shaanxi province on Aug. 13, where he’d been living under house arrest. For three weeks, nobody had any contact with him and several family members, including his elder brother, Gao Zhiyi, were summoned by police.

On Sept. 6, Gao Zhiyi learned that his brother was in Beijing.

“I have news now. He was taken to Beijing. So he is definitely in [the Chinese regime’s] hands. We don’t know about the rest. That’s all we know,” Gao Zhiyi told Gao’s wife, Geng He, who currently lives in California.

Geng He confirmed the news with NTD TV on Sept. 6.

Tanzanian opposition legislator Tundu Lissu is recovering in a Kenyan hospital after being wounded in a gun attack at his residence in Tanzania’s administrative capital, Dodoma, according to his party.

Abdallah Safari, the vice president of main opposition party CHADEMA, said at a news conference on Friday that Lissu was taken to the Aga Khan hospital in neighbouring Kenya’s capital, Nairobi, “after a decision by his family and his party”.

“His health is improving,” he said.

Vincent Mashinji, CHADEMA secretary-general, said: “Those who wanted to kill him have failed.”

The motive for the shooting by unknown gunmen was unclear.

Lissu has had a series of run-ins with Magufuli’s government, and has been arrested at least six times this year, accused of insulting the president and disturbing public order, among other charges.

He serves as chief whip for the parliamentary opposition and is president of Tanzania’s bar association, the Tanganyika Law Society, as well as being CHADEMA’s attorney general.

His most recent arrest was in August after revealing that a plane bought for the national carrier had been impounded in Canada over unpaid government debts.