Commercial motor bike riders in Mamfe, popularly called bensikins, have sent a deadly ultimatum to the Common Law Lawyers, promising them hell and brimstone if they (the Lawyers) attempt to betray Anglophone Cameroonians or their independence struggle.
According to them, it will be advisable for the Lawyers not to come to Mamfe at all than to come and ask for the suspension of the 11 months strike action. 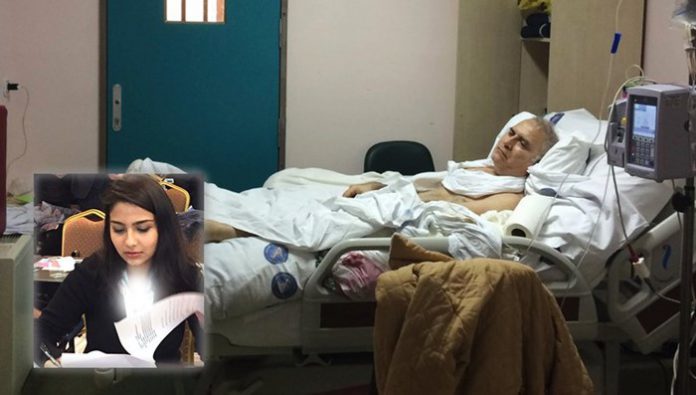 Buket Erdoğan, the daughter of the recently-deceased jurist Mustafa Erdoğan said the deputies as well as the newspapers she tried to reach out to help her father ignored her calls.

A former Supreme Court of Appeals member, Mustafa Erdoğan was imprisoned over his links to the Gülen movement, which the government accuses of masterminding the July 15, 2016 coup attempt.

He died in critical care just after being released from a prison-like, guarded hospital room on Aug 22. His family members earlier said that the medical reports showing the criticality of his situation were ignored and the appeals for his release were rejected.

“My father was kept in that cell for 9 months. Whenever doctors came for control, guardians had to unlock 4 doors,” his daughter said.

Paralyzed after a cancer surgery on Dec. 30, 2016, Erdoğan lost his consciousness on Aug. 12 this year but the court decided his release from the guarded cell to a regular hospital room only after 4 days. “Then we lost my father on Aug 22,” she added.

The facts about the torture of lawyers!
The president of Çhd explained the situation of our Collegues in police station. (TURKCE) 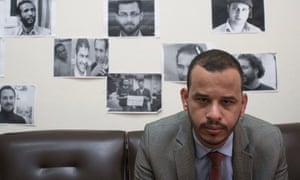 Egypt’s security apparatus is responsible for torturing prisoners and denying detainees basic legal rights, according to new testimony obtained by the Guardian.

Tarek “Tito” Hussein, a 24-year-old human rights lawyer recently kidnapped and unlawfully incarcerated by police for five weeks, has spoken about his experiences at the hands of the country’s interior ministry.

He accuses state officials of attempting to extract false confessions, denying prisoners access to legal counsel and practising violent interrogation methods including beatings and the use of electric shocks, all of which violate the Egyptian constitution and international law.

The allegations come days after Human Rights Watch released a detailed report that warns of a “torture epidemic” in Egypt under the rule of the military general turned president Abdel Fatah al-Sisi. It says the scale of human rights abuses “probably amounts to a crime against humanity”.

Egypt’s foreign affairs ministry has dismissed the report as flimsy and an act of deliberate defamation.

The Guardian asked the Egyptian government to respond to Hussein’s specific accusations of mistreatment, but did not receive any answer by the time of publication.

China: Jiang Tianyong and Wu Gan have disappeared since trial

Jiang Tianyong and Wu Gan were detained during 709 Crackdwon and later indicted for a charge of “inciting subversion of state power”. They cases were tried by the courts respectively on 14 and 22 August 2017. They have disappeared since then. 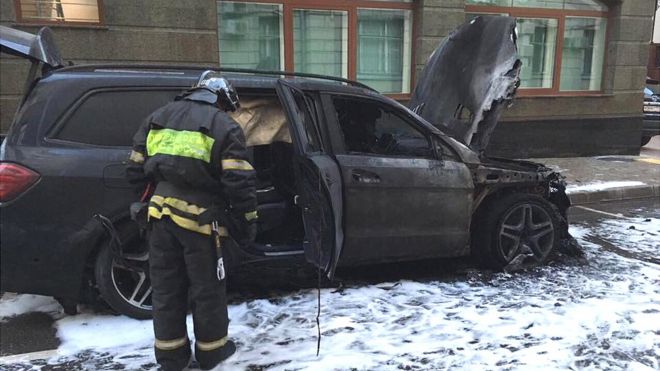 Two cars have been set ablaze in Moscow outside a lawyer’s office linked to a film about Russia’s last tsar.

Lawyer Konstantin Dobrynin is acting for the film director Alexei Uchitel, whose movie Matilda explores the love of Tsar Nicholas II for a ballerina.

Nicholas II was canonised in 2000 by the Orthodox Church, so campaigners see the exposé as an insult.

MP Natalia Poklonskaya, a staunch supporter of President Vladimir Putin, has been campaigning to get the film’s release blocked.

An early showing of Matilda is taking place in the far eastern city of Vladivostok on Monday, amid tight security.

A Moscow cinema decided to cancel its showing for “technical” reasons. The film goes on general release in Russia on 26 October.

The defence lawyers’ community is concerned that the law, if adopted in the current form, would legitimize the state’s interference in their activities, further eliminate their independence and ultimately infringe upon the individual’s right to fair trial. In particular, the lawyers are against the state’s participation in the Bar’s disciplinary commissions and regulation by the state of the Bar’s membership fees and honoraria, to name a few points. Such provisions will depreciate the status of the legal profession which should maintain its self-regulation and independence from government domination.

OSCE: “The Responsibility of States”: Protection of Human Rights Defenders in the OSCE Region (2014–2016)

“OSCE participating States, NHRIs, OSCE field operations and human rights defenders also identified frequent challenges in the implementation of domestic legal protections, and reported that human rights defenders experienced the fiercest threats and attacks in systems with weak respect for the rule of law and legal protection gaps. During the reporting period, ODIHR received allegations of intimidation, threats, attacks and undue restrictions on the activities of human rights defenders in 29 OSCE participating States (60 per cent of the 48 States on which ODIHR received information). The threats and attacks were conducted by both State and non-State actors, and were often engendered by a climate of impunity. In some cases, states directly subjected human rights defenders to arbitrary detentions, torture and other ill-treatment, or politically motivated prosecutions, which also resulted in violations of fair-trial rights. Additionally, law enforcement and judicial authorities reportedly failed to adequately investigate, prosecute and punish attacks on human rights defenders.”

12/09/2017 – 18 Lawyers were taken into custody in Istanbul, Ankara and Diyarbakir within scope of Istanbul-based police operation.

The CCBE-Council of Bars and Law Societies of Europe wrote a letter of concern to President Erdogan regarding the 18 lawyers taken into custody.