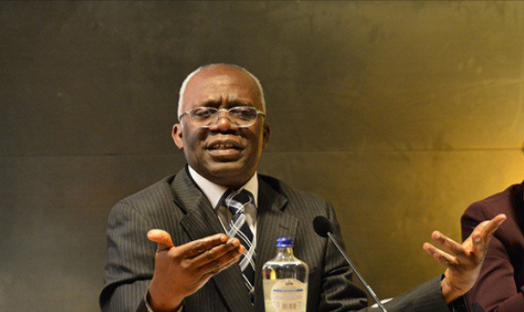 Femi Falana, human rights lawyer, has asked the UN high commissioner for human rights to investigate reports of attacks on judges in Kenya.

The Kenyan supreme court had cancelled the August presidential election in which Uhuru Kenyatta was declared winner.

The action of the court brought the judges threats and criticisms.

In a letter to Diego Garcia Sayan, UN special rapporteur on the independence of judges and lawyers, Falana said he was concerned that the attacks were coming at a time when the country’s courts were hearing 399 petitions.

“I am writing to respectfully request that you use your good offices and position to urgently investigate recent reports of attack on judges in Kenya, and to make it very clear to the Kenyan authorities that your mandate will not accept intimidation, harassment or any form of attacks against judges and other actors of the justice system,” he said.

“According to reports, individual judges, particularly of the supreme court, as well as other judicial officers and staff have been attacked, threatened and negatively profiled on social media. Senior political leaders have also threatened the judiciary promising ‘to cut it down to size’ and ‘teach the judiciary a lesson’. The inspector-general of police who is expected to provide security to all government facilities, has repeatedly ignored calls to act, thereby exposing judicial officers, property and litigants to danger.

“I am seriously concerned that these attacks are coming at a time when the judiciary is starting to hear the 339 petitions already filed in various courts.  The attacks on judges and court officials would seem to be politically motivated.”

The Hong Kong government must drop prosecutions aimed at having a chilling effect on freedom of expression in the city, Amnesty International said ahead of the third anniversary of the 2014 pro-democracy Umbrella Movement.

Three years on from the start of the unprecedented 79-day protest in late 2014, scores of protesters, who were arrested for their involvement in the largely peaceful protests, remain in legal limbo, uncertain if they will face charges.

“Three years since the Umbrella Movement protests, a cloud of uncertainty hangs over Hong Kong. The government’s stance is having a chilling effect on peaceful assembly and freedom of expression,” said Mabel Au, Director of Amnesty International Hong Kong.

“The government must drop prosecutions which have the effect of deterring people from participating in peaceful protests, particularly on sensitive issues such as Hong Kong’s autonomy and democracy. The authorities’ continued obfuscation has left protesters in legal limbo and is detrimental to human rights in Hong Kong.”

According to government figures, 955 people were arrested during the Umbrella Movement. After the protests, the government further arrested 48 people, mostly key individuals involved in the pro-democracy demonstrations. They were arrested for a range of offences including “unlawful assembly” and ”unauthorized assembly”.

Many of them were released after their arrest, but police notified them that criminal investigations were still ongoing and they would be re-arrested and charged, should there be sufficient evidence to prosecute them.

Among the 48 prominent activists who were arrested after the Umbrella Movement protests were Associate Professor Benny Tai, Rev. Chu Yiu-ming and Chan Kin-man, arrested for “unlawful assembly” in 2015. In March this year, the charges were changed to “public nuisance”, ambiguous charges with a maximum penalty of seven years imprisonment.

A British Muslim activist who was found guilty of willfully obstructing police by a UK court after he refused to hand over his mobile phone and laptop computer’s pin number, says he is going to appeal against the decision.

“I will be appealing this decision,” Rabbani, who is the international director of CAGE, said in a statement on Tuesday.

The space for human rights activism in Iran is rapidly shrinking, as the state’s judicial and security bodies intensify their crackdown. But anti-death penalty campaigners, women’s and minority rights activists, trade unionists, and many others bravely continue to speak up.

Their determination is met with severe consequences – they are locked up after grossly unfair trials, and branded as “enemies of the state” and “traitors” by the Iranian state media.

Narges Mohammadi is a distinguished and award-winning human rights activist. An inspiration to many, she speaks out against the death penalty and passionately defends women’s rights. She has already served six years in prison for her work at the Centre for Human Rights Defenders. She has now been sentenced to a further 16 years behind bars. Narges has suffered seizures in prison and requires specialized medical care which she cannot receive there. She has been cruelly separated from her family, including her two young children, Ali and Kiana, who she has not seen for two years.