Istanbul’s mayor on Saturday hit out at the Turkish government’s ouster of three pro-Kurdish municipality chiefs during a visit to the city of Diyarbakir.

Ekrem Imamoglu of the main opposition Republican People’s Party (CHP), who won in the June rerun of the Istanbul vote, called Ankara’s move an act of “carelessness.”

Imamoglu’s visit was the latest sign of warming relations between the CHP and the pro-Kurdish Peoples’ Democratic Party (HDP).

The mayors of the eastern cities of Diyarbakir, Mardin and Van — all HDP members elected in March — were sacked on Aug. 19 over suspected links to Kurdish militants.

The Istanbul mayor also paid tribute to Tahir Elci, head of the bar association in Diyarbakir and a campaigner for Kurdish rights, during a visit to his grave.

Elci was shot dead during clashes between Kurdish militants and police officers in 2015. Cameroonian Lawyers To Go On Strike.
The Cameroon Bar Council has organised a five-day nationwide strike action, to protest the poor treatment of lawyers by state authorities. https://t.co/th7lp73wbB pic.twitter.com/lcCRKUGKW7

Bilal Kagzi is a human rights lawyer in Gujarat who represents victims of police atrocities and custodial torture in Surat district.  He filed five cases against Kosamba Police Station sub-inspector P.H. Nai and police constable Nilesh Bhojawala.  The state human rights commission and the competent police authority took cognizance of these matters, but recently the police took moves to silence him.  They registered a false and fabricated case against Kagzi, but he was not present at the place and time of the incident.  Kagzi has video evidence to support his alibi and he presented such evidence to the investigating officer, but the police neither considered it nor registered it as part of the evidence.

Kosamba police did their job, to implicated my name in f.i.r,
Now, investigation transferred to crime branch to use their immunity to do illegal and unconditional way of investigation.

UK/Albania: British lawyer for Albanian gangsters is shot three times in the head in execution-style killing after losing a string of high-profile mob cases 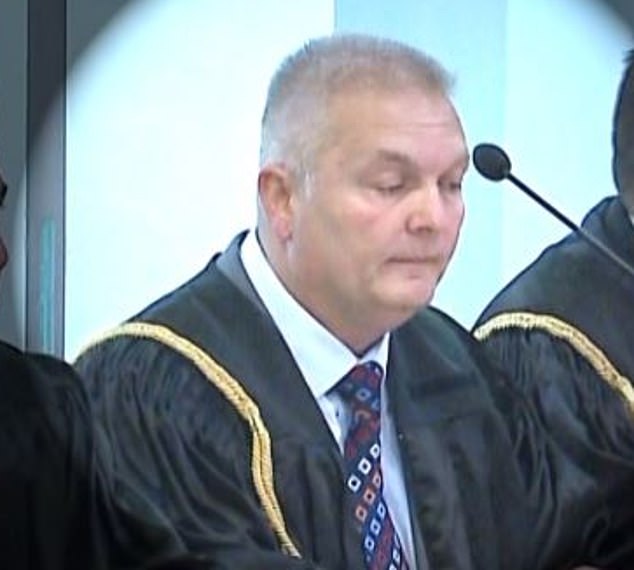 A British lawyer who represented Albanian gangsters has been gunned down, provoking fears he was executed after losing several high- profile criminal cases.

Ravik Gurra, 50, was shot three times in the head by a hitman armed with a pistol fitted with a silencer as he sat outside a cafe with friends in the Albanian city of Elbasan.

The murder sent shockwaves through the leafy Hertfordshire town of Harpenden where Mr Gurra lived with his wife, Nina, and two teenage daughters.

Mr Gurra, who is understood to have previously worked as a Home Office interpreter, had represented several Albanian gangsters, including members of the Capja crime family, but had lost a number of cases.

In November he represented Emiljano Shullazi, who was found guilty of extortion and running a criminal organisation and sentenced to 14 years. There is no evidence Shullazi was involved in, or knew of, the attack on Mr Gurra.

An Albanian lawyer, who asked not to be named, told The Mail on Sunday: ‘The assassination of Ravik Gurra has made all criminal barristers take notice. We are not safe to represent the mafioso.

‘The criminal gangs operate across all borders. If they kill lawyers in Albania because they lose a case, they could kill them in places like Germany and England too.’

The murder took place in March but has only now been revealed. A stolen getaway car was later found burnt out but no arrests have since been made. 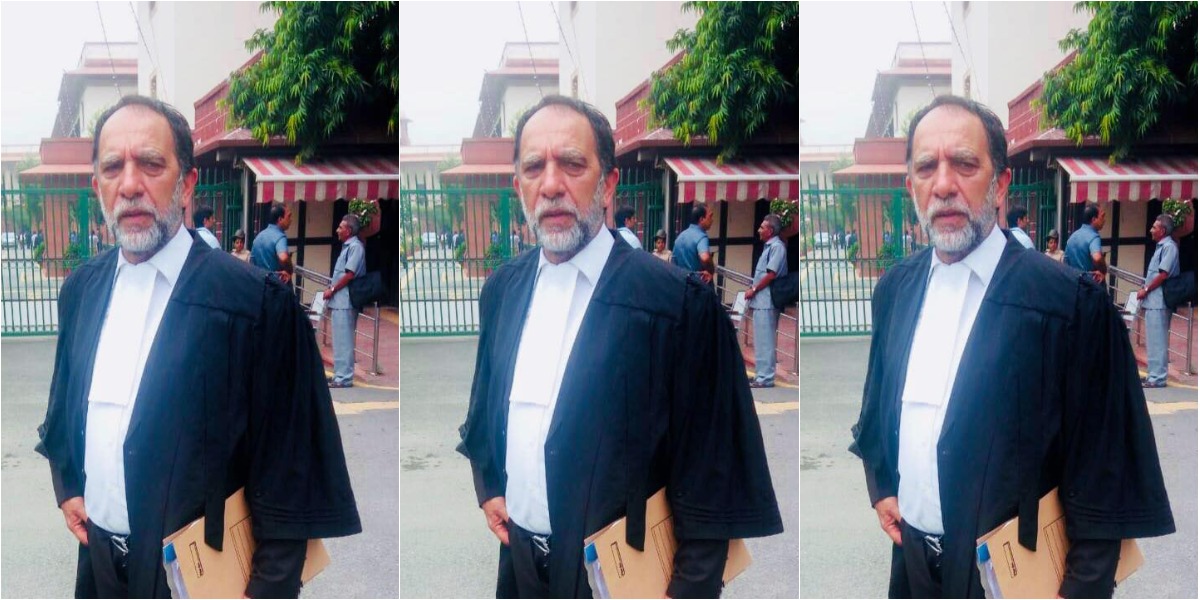 A former president of the Kashmir High Court Bar Association (KHCBA) was detained under the Public Safety Act after the revocation of Article 370 because, among other things, he had the ability to convince people to vote even during poll boycotts, documents accessed by The Wireshow.

After the government of India revoked the special status afforded to Jammu and Kashmir, security agencies launched a massive crackdown to arrest politicians, businessmen, lawyers and young Kashmiris fearing they could initiate mass protests.

Among those arrested was former KHCBA president Nazir Ahmed Ronga. According to a lawyer who is part of the association, Ronga was arrested on August 4, a day before the Government of India changed the constitutional relationship of Jammu and Kashmir with the Union of India.

Ronga was booked under the controversial Public Safety Act (PSA) under which a person can be jailed for six months without a trial. One of the charges levelled against Ronga, in the PSA dossier accessed by The Wire, talks about his potential to mobilise people to participate in voting even when a boycott was called.

“Your capacity can be gauged from this fact that you were able to convince your electorate to come out and vote in huge numbers during poll boycotts,” reads the dossier.

The lawyer, who wished not to be named, in a caustic comment, said, “Even persuading people to vote and participate in democracy is a crime in Kashmir nowadays.”

The mass arrests in Kashmir have left even lawyers petrified. Hardly any member of the bar turns up in the courts and those who do prefer not to speak on the arrest of lawyers.

Over 4500 arrested in occupied Kashmir since Aug 5

27th day of tyrannical curfew in IoK, civilians dragged back to stone age

Rule of the ‘Lawless Law’: Detentions under Public Safety Act in Kashmir
In 65 cases out of the 100 examined, detainees were in illegal custody of police prior to PSA order being passed, ie, they were in custody of police without being formally arrested https://t.co/Pe9WiqKGX3

"They have arrested most of the [political] leadership as well as civil society activists, lawyers, businesspeople, & put them in jails in #Kashmir as well as outside…. Over 2000 ppl have been so far arrested. It's considered as one of the biggest mass arrests." #KashmirBleeds pic.twitter.com/b4NDlKSEdy

Pakistan/Canada/Day of the Endangered Lawyer: Asia Bibi pleads for justice for victims of Pakistan’s harsh blasphemy laws as she plans to settle in Europe 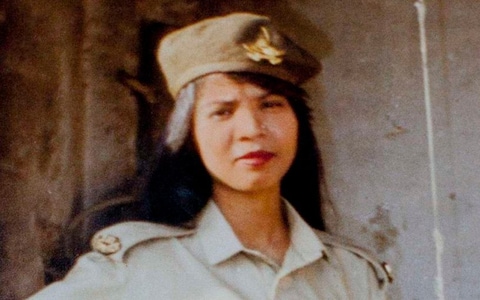 As Asia Bibi sits free at last in a secret location in Canada, the Pakistani Christian woman who spent years on death row after a false blasphemy charge thinks of those left behind still facing the same ordeal.

Nearly four months after the 54-year-old finally left Pakistan following a miscarriage of justice that caused worldwide outcry, she has the opportunity to rebuild a new life for her and her daughters.

Yet while she is enthusiastically grateful for the international efforts to free her, she says the world should know that Pakistan’s harsh blasphemy laws have left many others still behind bars.

In her first ever newspaper interview, she told The Sunday Telegraph she had at times fallen into…

Saif Ul Malook, lawyer of Asia Bibi was granted asylum in the Netherlands in January. This was taken away when he asked to go back to Pakistan to finish the Asia Bibi case. #celebratingdissent @DeBalie pic.twitter.com/uPjRemUpZO

Lawyer Saif-Ul-Malook will be interviewed by @YoeriAlbrecht during the last session of the Interview Marathon at 22:00. Watch it live: https://t.co/AHT2LrZjOx

Baloch political activists on Friday gathered outside British Prime Minister Boris Johnson’s house at 10 Downing Street to seek his immediate intervention for the release of thousands of Baloch activists languishing in detention centres in Pakistan.

The protests were organised by Baloch National Movement (BNM) (UK-zone) on the occasion of the International Day of the Disappeared.

Demonstrators raised slogans against Pakistani Army for abducting, torturing and killing Baloch political activists. Shouts of Pakistani Army a “terrorist army” were heard during the protests.

“Baloch activists are facing the worst kind of brutality by the Pakistan forces. They are abducted, tortured, and killed. We are here today to let the world know what is happening with the Baloch people,” said BNM leader Hakeem Baloch.

The BNM submitted a memorandum to British PM, urging the UK government to halt any financial aid to Pakistan and pressurise the country for the safe release of Baloch people, who have been forcibly disappeared at the hands of the Pakistani Army.

The memorandum noted that more than 20,000 human rights campaigners, educationists, journalists, students, lawyers, and political activists have disappeared in Pakistan, while another 6,000 have been tortured/murdered in custody.