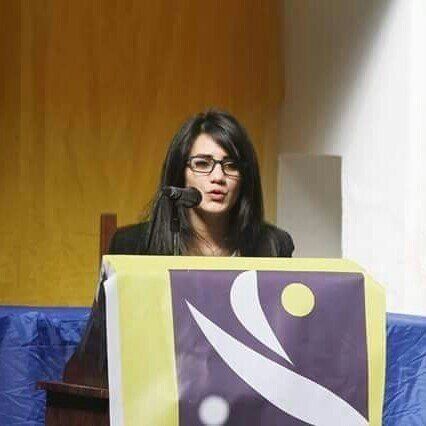 On Monday, September 2, Maria Oviedo, lawyer and human rights advocate from Nicaragua’s Permanent Commission for Human Rights will be sentenced. 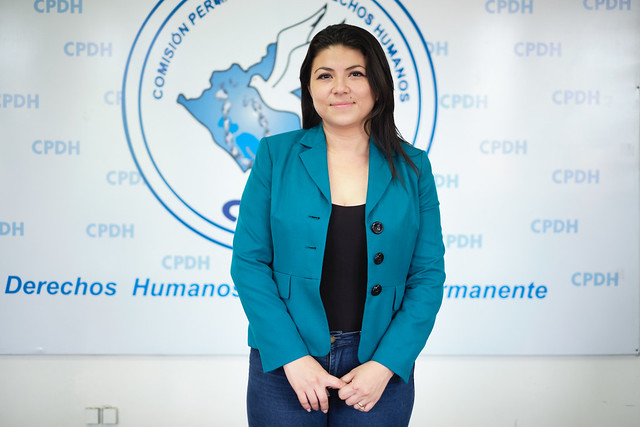 Maria Oviedo, an attorney with Nicaragua’s Permanent Commission for Human Rights (CPDH) who has defended a number of the regime’s political prisoners, was declared guilty on Thursday, August 29, following a trial that lasted over ten hours.

The charge, obstruction of official functions, stemmed from an incident last July 26 involving Oscar Lopez, a police lieutenant who insulted her and attempted to fondle her during a visit with political prisoner Cristhian Fajardo in the Masaya police delegation.

On the evening prior to the trial, human rights advocates denounced that the police were directing the deliberate harassment and aggression aimed at the lawyers for the political prisoners and members of the opposition.  At the same time, the Inter-American Human Rights Commission urged the Ortega government not to criminalize the work of the human rights advocates in the country, making specific mention of the case of Attorney Maria Oviedo.

Oviedo’s sentence will be read on Monday, September 2nd.  At the end of July 2019, Oviedo was illegally held for over 50 hours in the Masaya jail cells and at the infamous El Chipote jail in Managua.

Members of the Permanent Commission for Human Rights were waiting outside the Managua courthouse to hear the verdict. The lawyers took advantage of the occasion to denounce the fact that Nalia Ubeda, the judge from Managua’s third local criminal court, didn’t even allow a pause so that Oviedo and her colleague and attorney Leyla Prado could have lunch.

“It’s one more indication of the cruelty with which they’ve treated human rights advocates, because Leyla Prado is currently recovering from a renal illness. That didn’t matter to the court, and they ran the trial in a single unbroken session,” complained CPDH lawyer Karla Sequeira.

Meanwhile, attorney Aura Estela Alarcon, a member of the Legal Defense Unit, filed a complaint after a police chief was observed protecting a group of people in his private office, minutes after they had assaulted and robbed her in front of some thirty police agents who refused to come to her aid.  This, she affirmed, occurred on August 19th.

Forty-three bar associations did not attend the ceremony that took place at the Presidential Complex, Erdoğan accused them of “being provocative.”

The Judicial Year Opening Ceremony took place at the Beştepe Nation’s Cultural Center at the Presidential Complex in the capital Ankara for the third time since 2016.

The Ankara Bar Association, which protested the ceremony, issued a press release in front of the Ankara Courthouse.

Erdoğan: Some bar associations are “provocative”

“Independent functioning of legislative, executive and judiciary powers does not prevent them from liaising with the president’s mission in the Constitution as head of state,” Erdoğan asserted, saying that Turkey has always been committed to the rule of law.

He accused the bar associations who choose not to attend the ceremony of “being provocative just because of the place where the ceremony is held.”

“Although Turkey has experienced lots of adversity from tutelage to coups, it has always abided by the idea of separation of powers which tops the will of people and an understanding of democracy built on that idea,” Erdogan said.

Following an alleged denial of visa to 10,000 lawyers for this year’s African Bar Association (AfBA) by the Egyptian’s government, the association at the weekend, shifted the 2019 annual conference earlier scheduled to hold at the Triumph Luxury Hotel, Cairo, Egypt from 2nd to 5th September 2019 to Monrovia, the capital of Liberia.

This followed an alleged refusal by the Egyptian government to grant entry visas to over 80 per cent of the participants across the continent, including prominent Bar leaders and lawyers.

However, Cairo’s loss is now Monrovia’s gain as the Government of Liberia under President George Weah has offered to host the 2019 AfBA annual conference.

The rescheduled conference would hold between 20th and 25th October, 2019.

In a release by AfBA’s Special Adviser (Media and Publicity), Osa Director, President Weah would declare the conference open on 21st October, 2019 with over 10,000 lawyers expected from the various Bar associations and law societies on the continent.

Meanwhile, top government functionaries and business leaders are also expected to graze the event with the theme: Tackling contemporary issues facing the continent; How lawyers can drive a renaissance.