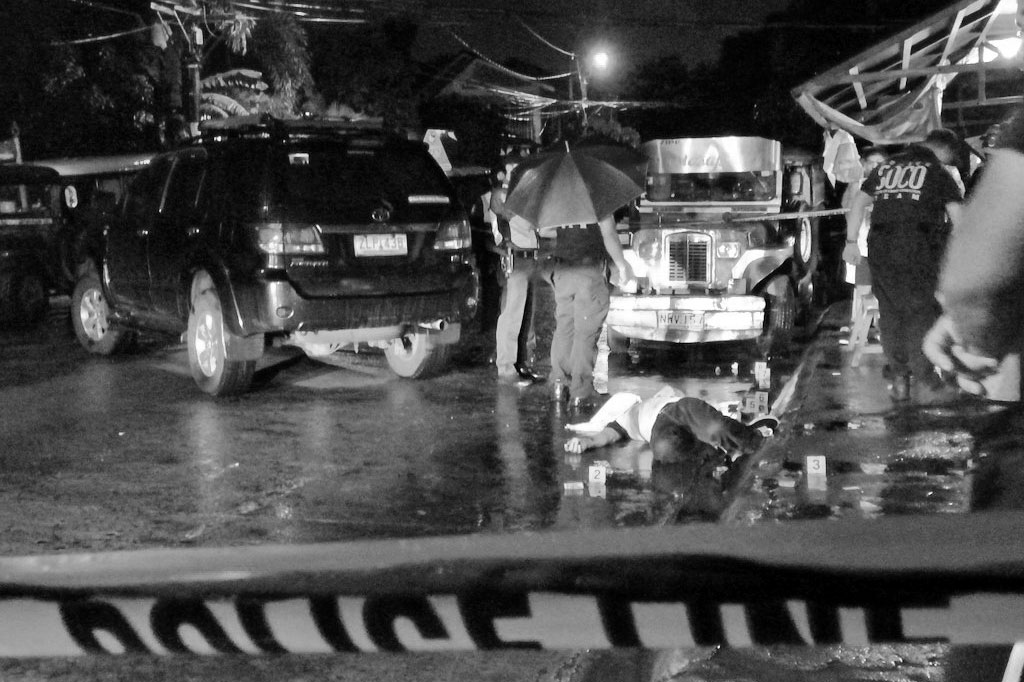 A lawyer was shot dead in front of his house in Muntinlupa by still unidentified gunmen early Saturday morning.

The Southern Police District (SPD) identified the victim as Jesus Acpal, 67, who is also a retired police officer.

Initial investigation showed that Acpal and his son had just arrived at their home in Katarungan Village on board his Toyota Fortuner at around 1:05 a.m. when the shooting happened.

Police said Acpal alighted from his vehicle to open their gate when the suspects appeared and shot him.

Acpal died on the spot while the suspects fled, police said.

Police said they are checking if the gunmen fled aboard motorcycles.

After the CBI booked Mumbai-based NGO, Lawyers Collective (LC) and its founding President, noted lawyer Anand Grover for alleged violations of the Foreign Contribution (Regulation) Act, and after the central probe agency raided the premises of former Additional Solicitor-General Indira Jaising in connection with the case, the ED has now initiated a separate money-laundering case against the NGO and Grover, on the basis of the CBI’s case.

A senior official in the know said that the ED has registered an Enforcement Case Information Report (ECIR) – the agency’s equivalent of an FIR – to probe possible instances of money-laundering by LC and its office-bearers after taking cognisance of the FIR filed by the Central Bureau of Investigation earlier this year.

However, when the CBI had filed the FIR, LC had maintained that their organisation was being targetted for the kinds of cases its office bearers choose to fight in court. A statement from the NGO read, “It (the FIR) has been filed to target the organisation and its office bearers to silence them for cases and issues they have taken up in the past and continue to take up since 2016.”

LC and its office bearers have represented activists in the Bhima Koregaon case and a former employee of the Supreme Court who had levelled sexual harassment allegations against the CJI. They have also taken up the Sohrabuddin case, where Home Minister Amit Shah was earlier an accused an later cleared of charges.

Interestingly, office bearers of LC have also represented in the Supreme Court, former Kolkata Police Commissioner Rajeev Kumar, who is currently being hunted by the CBI in connection with the Saradha chit fund case, even as he has filed an application for anticipatory bail in the Alipore Sessions court and the agency has been denied a non-bailable warrant.

The CBI had registered the case against LC and Anand Grover based on a complaint from the Ministry of Home Affairs (MHA), which had forwarded a report of an investigation into alleged FCRA violations by the NGO, including using foreign donations to fund advocacy with Members of Parliament and organise dharnas. The MHA complaint also alleges that LC had paid Rs 96.6 lakh to Indira Jaising, during her time as ASG, from funds received as foreign contributions.

The new resolution was endorsed by 608 votes in favor, seven against and 46 abstentions.

While insisting that Iran must stop criminalizing the work of women’s rights defenders, including the work done by those peacefully protesting compulsory hijab, the European Parliament called on the authorities in Iran to abolish this practice.

Furthermore, members of the European Parliament (MEPs) demanded all EU countries with a diplomatic presence in Iran to use all the diplomacy tools in their power to support and protect human rights defenders on the ground.

MEPs also called on the Iranian authorities to immediately release all human rights defenders and journalists detained and sentenced merely for exercising their right to freedom of expression and peaceful assembly.

According to the resolution, at least eight journalists are currently in detention in Iran and that many have been systematically targeted by the authorities through criminal investigations, asset freezes, arbitrary arrest and surveillance, including those working for the BBC Persian service. Furthermore, the MEPs referred to a recent report by Iran Human Rights, noting that in 2018 the second-highest number of people in the world were executed in Iran.

The resolution, adopted by a show of hands, reiterates the European Parliament’s call on the government of Iran to immediately and unconditionally release human rights lawyer and Sakharov Prize Laureate Nasrin Sotoudeh, who has been sentenced to 38 years in prison and 148 lashes by an Islamic Revolutionary court.

Sotoudeh was arrested in 2018 and convicted for her peaceful activities defending women’s right to choose their own dress style. Although there is no written law in Iran for compulsory hijab, the police and courts spend huge resources to force women to use hijab. Resistance against the policy has increased among Iranians in recent years.

In the meantime, the resolution has stressed that all EU-Iranian dual nationals currently behind bars in the Islamic Republic should be immediately and unconditionally freed.

What Do Iranian Human Rights Activists Want from the West?

#Freenasrin evening of support to nasrin sotoudeh at the cinema le lido in limoges on September 19, 2019: a beautiful and moving evening. 120 people.https://t.co/Ah7eOMEyBs https://t.co/6prEgiFbPW

Walking around Paris I was impressed by beautiful old buildings, but yet more impressive and important was this banner seeking justice for jailed human rights lawyer Nasrin Sotoudeh. Please sign this petition  https://t.co/Ki11RVbKek pic.twitter.com/NreaGH8CxU

Last night we attended the @inclusion_ca 17th Lafontaine-Baldwin Lecture, given by @adamgopnik on the "planetary possibilities of liberal institutions". An empty chair was left on the stage to honour Iranian human rights defender, Nasrin Sotoudeh. pic.twitter.com/pjyl7qapwi

#WomenofFreedom who’re imprisoned in Iran include human rights attorney Nasrin Sotoudeh, who started a 12-year prison sentence earlier this year for representing women activists and advocating for the hijab to be a choice, not an obligation. #FreeNasrin pic.twitter.com/FCcXXUA0YN

Women worldwide are rising up! They inspire us. Women are fighting for human rights, defending the environment, demanding education for all. But in Iran they are imprisoned for these very things. Learn more and speak out! #WomenOfFreedom #Nasrin_Sotoudeh pic.twitter.com/28G5a1Mh2u