Jewish World Watch received upsetting news last week that Noura Hussein is in trouble once again.  Her execution is not off the table, after all.

Noura, a 19-year old Sudanese girl, was sentenced to death in May for fatally stabbing her 35-year old husband, Abdel Rahman Mohamed Hammad, in self-defense.  She had been forced to marry him at the age of 15, and when she refused to consummate the marriage, he violently raped her while three of his male family members held her down.  The case shined a spotlight on the extreme gender-inequality in Sudan’s legal system, where the legal marrying age is 10, and forced marriage and marital rape are both legal.

JWW and our many constituents joined in the international outcry to save Noura’s life, setting the internet both inside and outside Sudan ablaze with demands for clemency. As a result, a Sudanese appeals court quashed the death sentence verdict, instead reducing Noura’s crime to manslaughter and giving her a five-year prison sentence, along with a fine for 337,500 Sudanese SDG (just under $19,000).

Jewish World Watch was instrumental in helping to save Noura from execution, utilizing diplomatic channels in partnership with strong advocacy from Congresswoman Karen Bass.  When the sentence was changed, we celebrated this small but powerful victory for women’s rights and the prevention of gender-based violence — a major weapon of war in all of the genocide and mass atrocity situations we monitor.

In recent weeks, Noura began to study law while serving her time at Omdurman Prison for women.  She even received a scholarship to attend the Open University of Sudan upon her release.  Other prisoners rallied around her, and efforts to change Sudan’s discriminatory laws seemed to be underway.

However, much animus continued to surround the case.  Noura’s family was forced to flee Khartoum for fear of reprisals.  Her defense team, led by Adil Mohamed Al-Iman, faced silencing and repeated threats.  Hammad’s family rejected the fine ordered by the appeals court and threatened publicly to kill a member of her family to avenge their son if the court maintains its refusal to hang Noura.  “Hussein was only a woman who had killed a man and women were not equal to men,” Hammad’s father told the daily al-Tayyar newspaper, when expressing that even her death would not be enough to balance the scales.

And, most alarmingly, The Guardian newspaper is reporting that the state prosecutor of Sudan is asking the constitutional court to overturn the latest ruling and to reinstate the death penalty.

Girl, 19, who stabbed husband as he raped her facing new calls for death penalty 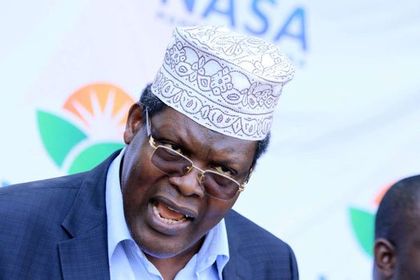 Former Nairobi gubernatorial aspirant Miguna Miguna at a past event. He has sued the government. (Photo/nation.co.ke)

Former Nairobi gubernatorial aspirant Miguna Miguna has sued the government for compensation over the damage police allegedly did to his property in Nairobi’s Runda estate during his arrest in February.

Miguna wants the government to foot the bills he used to repair his Runda house in Nairobi after it was allegedly destroyed by police.

According to Miguna, police officers destroyed his property during his arrest in February over his role in the swearing in of former Prime Minister Raila Odinga as the People’s President.

Through his lawyer Waikwa Wanyoike, Miguna claims that he used Sh250,000 to repair his house and wants immediate compensation.

The controversial lawyer now wants the government to pay him Sh274,000.

“We have filed the case in court and we will push the government to foot the costs my client used to repair his damaged house,” the lawyer told journalists at Milimani Law courts on Tuesday.

The lawyer said that the case is just among the many that he (Miguna) has filed against the Jubilee government.

Miguna was violently deported to Canada in April for the second time in a row over his role in Raila’s swearing in.

The controversial lawyer has however announced that he will be returning home after September 4.

This is to sincerely thank Dr. John Khaminwa, @waikwawanyoike, Julie Soweto, Harun Ndubi, Stephen Ongaro and @kamandamucheke who stood with me to the very end. On December 7, 2018, JUDGEMENT will be rendered and JUSTICE will be served. God bless you. Viva! pic.twitter.com/RAJpfGATHF 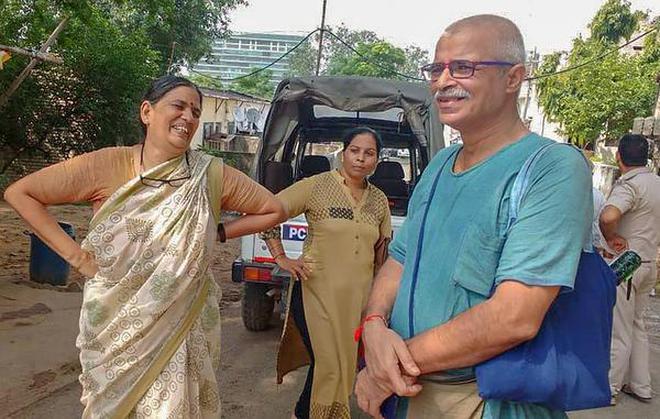 Expressing solidarity with human rights lawyer Sudha Bharadwaj, who was arrested by the Maharashtra police on August 28 besides other activists in raids across the country, the Faridabad District Bar Association on Wednesday condemned the arrests as an attack on the “legal fraternity”.

The association wrote to the Punjab and Haryana Bar Council for a call to strike to “defend the fraternity against witch-hunt”.

Terming the arrests an “attack on lawyers”, association president Vivek Kumar stated in the letter that advocates Arun Ferreira and Vernon Gonsalves were also arrested in Mumbai, besides Ms. Bharadwaj, and that advocate Surendra Gadling was arrested in June in connection with the same case. Mr. Kumar said the arrests were an attack on lawyers who defend the marginalised and the voiceless in society.

He added that the association supported Ms. Bharadwaj, a visiting professor at the National Law University in Delhi, and the other lawyers arrested on unsubstantiated charges, and strongly protested against the attack on the legal fraternity.

The Sudha Bharadwaj I know

Activists held not for dissent, proof of their Maoist link: Cops to Supreme Court

Various democratic organisations and individuals participated in the protest programme held yesterday’s evening at Parliament Street from 4 to 7pm. We registered our dissent against the witch hunting of people’s lawyers and activists. Revolutionary songs were sung and the speakers in the programme called for the release of all political prisoners particularly for the release of Sudha Bharadwaj, Varavara Rao, Arun Ferreira, Gautam Navlakha, Varnan Gonsalves.

Protest held at High Court of Hyderabad on 4.09.2018 against the brutal Arrests of Advocates, Journalists, Writers and Human Rights Activists in all over India by High Court Lawyers.