A senior Malaysian lawyer representing a former prime minister has been detained by authorities and is set to be charged with money laundering today.

According to sources, the person will be brought to the Kuala Lumpur Courts Complex this morning where he will be prosecuted under the Anti-Money Laundering and Anti-Terrorism Financing Act (AMLA) 2001.

The charges are believed to stem from a payment the lawyer alleged received from the former PM.

Several media outlets have since identified the lawyer as Tan Sri Shafee Abdullah.

Shafee is leading the defence team of former prime minister Datuk Seri Najib Razak, who is charged with money laundering, abuse and criminal breach of trust stemming from RM42 million transferred to his accounts from a former 1MDB subsidiary.

The private lawyer had been appointed by fiat to lead the prosecution of Datuk Seri Anwar Ibrahim’s second sodomy trial, which resulted in the latter’s conviction and five-year prison sentence.

Last month, the Mozambican government announced plans to impose hefty new fees on foreign correspondents working in the country, including a staggering $2500 for single trip accreditation.

These prohibitively expensive fees made international headlines, and sparked widespread outrage among media bodies. “The high accreditation costs represent an attack on media freedom in the country,” said the Foreign Correspondents Association of Southern Africa.

“These fee increases by the Mozambican government make it practically impossible for independent press to continue working,” said the Committee to Protect Journalists. But for Mozambican journalists, the government’s attempt to crack down on foreign correspondents came as no surprise. After all, it is local journalists who bear the brunt of official hostility. They have been operating for years in a dangerous environment and things are only getting worse.

It is not only journalists feeling the pressure, either. Scholars, magistrates, politicians, artists, civil society activists — all are operating in a climate of fear, and some have paid with their lives for speaking out.

The war on free speech began in earnest as far back as 2000, when investigative reporter Carlos Cardoso was assassinated on a street in Maputo. He was investigating alleged corruption in one of Mozambique’s biggest banks. One of the men charged with the killing told a court that the hit had been ordered by Nyimpine Chissano, the son of the then-president Joaquim Chissano. 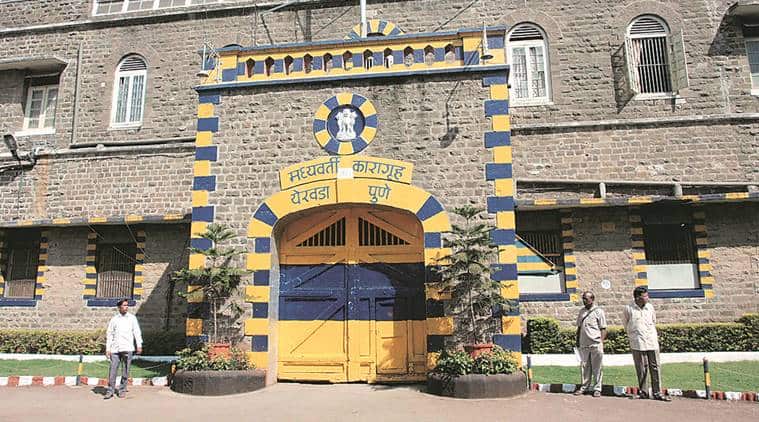 Four of the five activists and lawyers arrested by Pune City Police in June over their alleged links to the banned Communist Party of India-Maoist have gone on a hunger strike in prison, according to lawyers providing legal aid to them.

The four — Rona Wilson, Sudhir Dhawale, Surendra Gadling and Mahesh Raut — are currently lodged in the Yerwada Central Prison. Arrested in connection with the Elgaar Parishad case, they have been charged under the Unlawful Activities Prevention Act (UAPA). The fifth accused, Shoma Sen, is lodged in the women’s prison in Yerwada.

Elgaar Parishad was organised in Pune on December 31 last year to mark the 200th anniversary of the Battle of Koregaon. Police had accused the five of having channelled money from CPI-Maoist for the organisation of Elgaar Parishad.

Activists of the Kabir Kala Manch (KKM) in Pune and Republican Panthers (RP) in Mumbai also circulated messages to mediapersons, claiming that the four had gone on a hunger strike on the death anniversary of revolutionary freedom fighter Jatin Das. Das had died in Lahore Jail on September 13, 1929, after a hunger strike that went on for over 60 days. Seven human rights lawyers have been arrested in Iran since January 2018 as the state escalates its assault against its own legal profession and its flagrant violations of basic rights of freedom of expression and due process. “The authorities in Iran arrested these lawyers for the same reason all the other human right defenders are imprisoned—to prevent the effective defense of political prisoners and civil liberties in Iran,” said Hadi Ghaemi, CHRI’s executive director, in a press release. Learn more here.

The #Iran regime arrested lawyer and activist Nasrin Sotoudeh in 2010, sentenced her to a six-year prison term for her human rights work, and re-arrested her in June 2018 for representing women who protest against Iran's compulsory hijab requirement. #PrisonersofIran pic.twitter.com/g4kUCuRfCe Former Deputy Prosecutor General, Hussain Shameem, has been suspended for a period of three months on Thursday.

According to a statement released by the Department of Judicial Administration (DJA), Shameem was suspended due to a tweet on his official account.

Shameem was summoned to DJA on Thursday morning to take his statement.

After questioning, his actions were deemed unlawful by the Judiciary Panel of the Supreme Court.

This is the third time Shameem is being suspended. He was first suspended for two years in 2015 and soon after that, he was again suspended earlier in 2018.

While his suspension is effective immediately, he is currently the lawyer for several high-profile local politicians including former President Maumoon Abdul Gayoom and his son Dhiggaru MP Faris Maumoon.

We are writing on behalf of Lawyers Rights Watch Canada (LRWC), a committee of Canadian lawyers who promote human rights and the rule of law internationally. LRWC also provides support to lawyers and other human rights defenders in danger because of their advocacy.

Many of these lawyers were found guilty of “membership in an armed terrorist organization” or “propaganda of terrorism”, charges which are ill-defined and for which the evidence against these lawyers is insufficient to justify conviction of any criminal offence. It appears that in some cases, the only evidence on which the conviction was based was that the lawyer was simply been performing his or her job by defending a politically sensitive defendant, or was found guilty “by association” because friends, colleagues or relatives had been under suspicion by the Turkish authorities.

These convictions and sentences are part of an on-going campaign of widespread and systematic persecution of lawyers in Turkey. The goal of such persecution appears to prevent voices of dissent and opposition from being heard and critics from having legal representation. As of 20 August 2018, we understand that Turkey has prosecuted 1,544 lawyers on overly broad charges based on questionable accusations that preclude the right to a defence; 582 lawyers remain under arrest; and 162 lawyers have been sentenced to jail terms ranging from three to 12 years. [1] Such charges include: spreading propaganda for an armed terrorist organisation (Law on Fight against Terrorism, Article 7(2)); denigrating the Republic of Turkey, institutions and organs of the State (Criminal Code (CC), Article 301); insulting the President (CC, Article 299); membership in an armed terrorist organization (CC Article 314(2)); membership in an armed organization with the purpose of committing the offences listed parts four and five of this chapter (CC, Article314 (2)).