The march will culminate in Kolkata on 2 October where Justice Karnan has been imprisoned since 8 February, after passing through the states of Uttar Pradesh and Bihar, said  Suresh Kanojia, its national president.

According to Kanojia the initiative was taken due to the continuous humiliation faced by Justice Karnan for being a Dalit, the so-called lower caste group.

He added that though there are laws against atrocities against Scheduled Castes, Scheduled Tribes and Backward classes, no strong action is being taken against the culprits.

Emine Özben whose husband was abducted in Ankara two months ago took her case to the Turkish Constitutional Court (AYM) by filing a complaint on rights violations after her repeated pleas for an effective investigation into the case was rejected by the Turkish Police and prosecutors.

Mustafa Özben, a Bar-registered lawyer and academic at Turgut Özal University that was shut down by the government in July 2016 over alleged link to the Gülen movement, was abducted on May 9, 2017, by what elements linked to Turkish security and intelligence services.

In a petition filed by Emine Özben, a copy of which was obtained by SCF, it is stated that petitioner has exhausted all available and effective remedies before the Constitutional Court and requested that her husband to be found immediately.

It is also claimed that Turkey is in flagrant violation of Article 2 (protecting the right of every person to their life), Article 3 (prohibition of torture and inhuman or degrading treatment or punishment) and Article 5 (providing that everyone has the right to liberty and security of person) of The European Convention on Human Rights (ECHR).

Emine Özben claimed that she and their kids suffered from the trauma that may also amoun to breach of Turkey’s obligations under protections of the ECHR.

It is alleged by the members of the Bar that Justice Sudhir Agrawal while hearing a matter, had passed a general remark, which was adverse to the dignity of the lawyers.

The Bar, in a notice, has claimed that they tried to resolve the issue with the Chief Justice, but despite a serious and timely effort, nothing was done.

The Bar affirmed an earlier resolution passed on Feb 10, 2015 against the same judge and also invited the intervention of the Chief Justice of India.

“We are passing this resolution in pain but the dignity and prestige of the institution is supreme and nobody can be permitted to touch the honour of the court and lawyers.”

The Bar also resolved to send a copy of the resolution to the President, the Prime Minister and the Law Minister to invite their attention to the said matter.

Lawyer John Moreno Rutowski’s incarceration 62 days ago spurred outcry against Black Creek Group, an American development company that plans to convert beaches, mangroves, and dunes in a tranquil fishing town near the popular destination Todos Santos on the Mexican Pacific into two hotels and 4,000+ housing units based upon the concept of ‘wellbeing.’

Every morning at dawn, the fishermen of Punta Lobos take their boats out to the high seas to find shrimp boats and give bread, cookies, and soft drinks to the crew members in exchange for shrimp heads to use as bait.

They do this out of necessity. Deep down, they surely would prefer not to have to depend on this. The boats usually arrive at the beaches of Todos Santos, in Baja California Sur, from the neighboring state of Sinaloa. The fishermen practice trawling — taking in tons of shrimp and young sole, a species that artisanal fishermen work with and protect.

The shrimp heads are for the fishermen, and the small sole go back into the sea dead. For decades, the members of the Punta Lobos Fishing Cooperative have seen tons of dead fish thrown overboard and have spoken out about it with anger as they take their afternoon breaks.

But nowadays, this is the least of their problems: in 2013, the Mexican government approved the construction of a hotel on Punta Lobos Beach and the lawyer who defended the members of the cooperative, John Moreno Rutowski, has been incarcerated in the height of a full legal battle against the company developing the project.

He landed at the Kuala Lumpur airport around 4am local time to attend a conference, said Odhikar Director Nasiruddin Elan.

“The immigration police are not letting him leave the airport,” he told bdnews24.com.

Forum-Asia, a Bangkok-based rights organisation, has called for the lawyer’s release.

“As of now, no reasons have been given for his detention,” it said in a statement.

Suara Rakyat Malaysia, a Malaysian Forum-Asia member, was informed that he has been moved into an immigration lock-up, according to the statement.

Adilur and Elan face trial in Bangladesh for distorting facts over the 2013 Hifazat-e Islam demonstration in Dhaka’s Motijheel.

The two have been charged with distorting facts and presenting false evidence against security forces.

An Odhikar report claimed 61 people had been killed during the raid by police and other security forces at Motijheel’s Shapla Chattar, where Hifazat supporters launched an indefinite sit-in protest.

The report allegedly distorted facts, doctored pictures used in reports with the help of Photoshop and passed off a living person as dead. 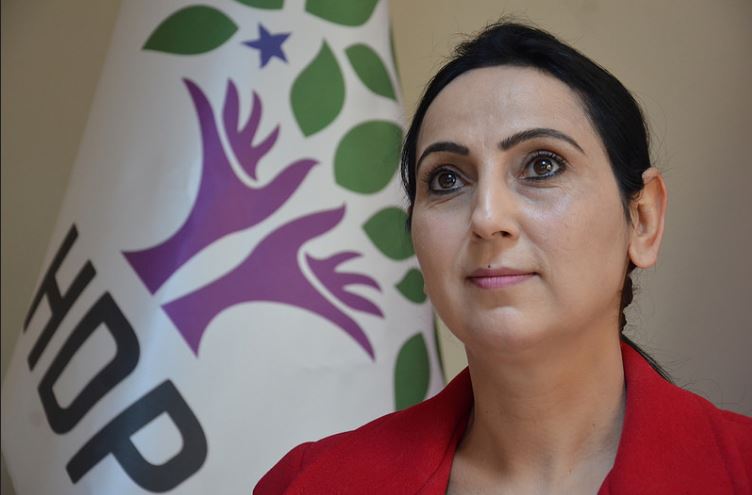 An international observer denied access to the trial of HDP co-chair Figen Yüksekdağ in Turkey recounts her experience.

Earlier this month the trial of Figen Yüksekdağ, co-chair of the People’s Democratic Party (HDP), began in Turkey’s capital of Ankara. Accused of supporting Kurdish separatists in the country’s southeast, Yüksekdağ has already been stripped of her place in Turkey’s parliament — but now the Erdoğan government is pursuing terrorism-related charges which come with the threat of an eighty-three-year jail term.

Yüksekdağ is represented, symbolically, by 1,200 lawyers, whose numbers represent a political stand against the government’s attacks on opposition politicians. Her lead lawyer, Gülseren Yoleri, argues that stripping her of her seat was illegal, her arrest was dubious, and the entire process resembles a “premeditated” attack on the HDP.

On July 4 I, as part of a delegation of politicians and lawyers from across Europe, attempted to observe the first hearing in the prosecution. The delegation was subjected to police harassment throughout the day and eventually denied entry to the hearing in breach of well-established international legal principles. The hearing took place in the absence of any international observers and was eventually adjourned to September 18 without the granting of bail.

This denial of the right to see justice being done in public was a new development. As a barrister specializing in human rights law I have been asked to observe many hearings in Turkey over recent years and have always been admitted, albeit in intimidating circumstances — having to brave lines of riot police on the way into court. The authorities acted with a confidence, or even arrogance, that there was nothing to hide and that what we would witness would be Turkish justice in the way that they wanted it done.