Russian opposition leader Alexei Navalny has been released from jail after serving 25 days for organising a wave of protests.

“We will, of course, not bend under any pressure,” he said after he returned to the office of his Fund for Fighting Corruption.

He was arrested on June 12 as thousands of protesters gathered for an unsanctioned demonstration in Moscow.

Protests in response to Mr Navalny’s call occurred in more than 100 Russian cities and towns that day, one of the strongest showings by the marginalised opposition for several years.

Nearly 2,000 people were detained at the protests, most of them in Moscow and St Petersburg.

Mr Navalny was sentenced to 30 days in jail, but a court reduced that to 25. 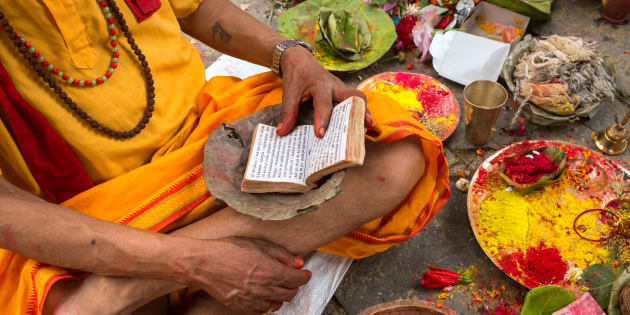 A Muslim lawyer in Bihar’s Begusarai district has reportedly converted to Hinduism along with his two sons.

According to reports, Mohammed Anwar, 46, alleged that his family was being forced to follow the Sharia law by Muslim hardliners and so he, along with his sons, Mohammed Amir, 11, and Mohammed Shabir, 9, decided to embrace Hinduism on Tuesday.

“I am a liberal. I used to visit temples and mosques both, but hardliners in my community objected to it,” Anwar told News18. “I was threatened for participating in events organised by Hindus.”

Anwar claimed that he then contacted members of the Bajrang Dal who told him about Hinduism. “I was convinced that Hinduism was not a religion but a way of life. So, I decided to follow their advice,” he said.

Rejecting reports of any pressure, Begusarai Superintendent of Police Ranjeet Mishra said that Anwar had taken the step of his own accord.

China: A Human Rights Lawyer’s Notes on the ‘709 Incident,’ Two Years on

With the second anniversary of July 9, 2015 approaching, and as someone who has witnessed it first hand and served as the defense lawyer for one of the prominent 709 detainees, I’ve racked my brains about what to say. I feel that I have so much to say — but at the same time, it seems that only being as quiet and still as a mountain could truly encompass the full meaning of the 709 Crackdown.

Naturally, the first people I was worried about when the crackdown began were my client Wang Yu (王宇) and her family. Prior to 709, she was extremely active as a human rights lawyer, gaining the nickname “Goddess of War” (战神) for her fearlessness. The 709 incident seemed designed to shatter this legend, and so in the early hours of July 9, 2015, the shocking, flagrant conspiracy that was the 709 incident began to unfold, with Wang Yu bearing the brunt of the impact as the first to be snatched away. Wang Yu was at home by herself that night, having just seen off at the airport her husband Bao Longjun (包龙军), and their son Bao Zhuoxuan (包卓軒). A group of men began idling about outside her home, and when she yelled out asking who they were, they shrank away and kept quiet. About an hour later, when she was unable to raise her husband and son on the phone, and just beginning to get anxious, the lights in her apartment suddenly went out. Her internet was also cut. The harsh buzz of an electric drill shattered the silent darkness and within a few minutes the lock had been drilled out, falling to the ground. A gang of men rushed in, shoved her onto the bed, and snapped a cold pair of handcuffs on her hands, twisted behind her back. She was hooded and hauled out into a waiting vehicle, then taken to a facility whose location is unknown to this day. There, they drew a circle around Wang Yu’s spot on the bed: for several weeks, she had to sit with her legs crossed in the circle, and if she left it would be screamed at or beaten.

A Human Rights Lawyer’s Notes on the ‘709 Incident,’ Two Years on 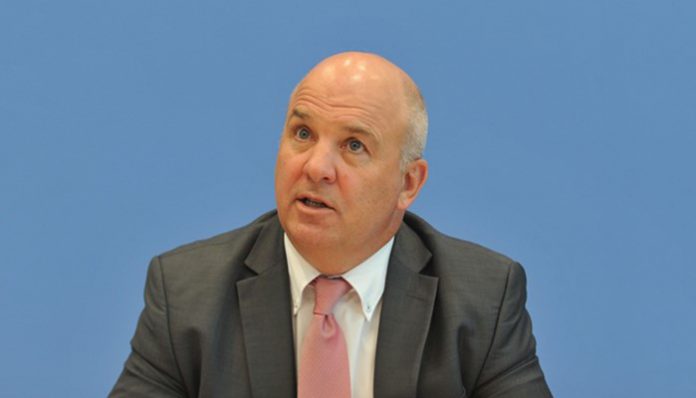 Nils Muiznieks, the Council of Europe’s (CoE) commissioner for human rights, on Thursday said he is extremely concerned about the detention of eight human rights defenders in Turkey on Wednesday, calling on Ankara to immediately release them and to end its arbitrary interference with the work of civil society.

“The use of criminal proceedings against human rights defenders for conduct that should be protected under the European Convention on the Human Rights is unfortunately an increasingly frequent phenomenon in Turkey,” said Muiznieks in a statement shared in social media.

“This latest incident further aggravates my concerns in this field, which I have most recently expressed with respect to the proceedings against two prominent human rights defenders, Murat Çelikkan and Taner Kılıç,” added Muiznieks.

“I call on the Turkish authorities to immediately release those detained yesterday [Wednesday] and strongly urge them to stop all arbitrary interferences with the legitimate work of civil society.”

Turkish police, acting on an anonymous tip, raided a hotel on Büyükada, one of the Princes’ Islands off İstanbul, and detained İdil Eser from Amnesty International (AI), İlknur Üstün from the Women’s Coalition, lawyer Günal Kurşun from the Human Rights Agenda Association, lawyer Nalan Erkem from the Citizens Assembly, Nejat Taştan from the Equal Rights Watch Association, Özlem Dalkıran from the Citizens’ Assembly, lawyer Şeyhmuz Özbekli, and Veli Acu from the Human Rights Agenda Association during a digital security and information management workshop.

Taner Kılıç, a lawyer and chairman of AI’s Turkey’s board, was arrested on June 9, accused of links to the alleged mastermind of a failed coup attempt on July 15, 2016, Fethullah Gülen, who has denied any involvement.

Beijing-based human rights lawyer Wang Yu was released on bail last August, but she continues to languish under house arrest at her parents’ home in Ulanhot, Inner Mongolia.

Over ten internal security agents monitor Wang and her family around the clock, restricting their communication with the outside world and barring them from returning to their home in Beijing, according to Chinese human rights lawyer Wen Donghai, who recently visited Wang on June 23.

“Their every move is being watched, and at least two security agents follow them whenever they leave home. There are surveillance cameras everywhere in the house, even in their bedroom,” Wen told Radio Free Asia. “Indeed, surveillance of Wang Yu is at an intolerable level.”

Wang, 46, was among the first human rights lawyers to be arrested as part of the nationwide crackdown on rights lawyers and activists in 2015. The Chinese authorities have questioned or detained over 300 lawyers, activists, and legal personnel, including Wang and her activist husband, Bao Longjun.

Today marks 3 years since the Saudi Arabian anti-terrorism court sentenced human rights lawyer Waleed Abulkhair to 15 years in prison for “inciting public opinion” and “harming the reputation of the Kingdom.” He is languishing in prison today because he spoke out against the oppression and injustice of the Saudi dictatorial regime and called for political reform so he and his fellow citizens can live in freedom.

Take action and call for his release by contacting the Permanent Mission of Saudi Arabia to the U.N.: usmis@mofa.gov.sa