The Supreme Court on Monday refused to accord urgent hearing on a plea of former Calcutta High Court judge, Justice C S Karnan, seeking bail and recall of the order convicting him for contempt.

Karnan, who was arrested on June 20 in pursuance of the apex court’s judgement awarding him six-month jail term for contempt of court, has requested urgent listing of his petition seeking bail and setting aside of his conviction.

“Declined. We will not accept an oral request against the judgment,” a bench comprising Chief Justice J S Khehar and Justice D Y Chandrachud said.

Advocate Mathews J Nedumpara, representing Justice Karnan, said that he has been serving the jail term and his petition needs to be heard on an urgent basis.

On June 21, a vacation bench of the apex court had refused to entertain the plea of the arrested ex-high court judge saying it “cannot override” the seven-judge bench order in the case.

Karnan, 62, who retired on June 12 as Calcutta High Court judge, was arrested on June 20 by the West Bengal CID. He had been in Coimbatore since May 9 when the apex court held him guilty for contempt of court and sentenced him to six months imprisonment.

Turkey: As of July 4, 2017, at least 55,425 civilians are being kept in pre-trial detention in Turkey on coup charges

Cuts to legal aid spending over the past four years have denied justice to the most vulnerable in society, hit the public purse and damaged the foundation of our justice system, the Law Society of England and Wales said as it published its reckoning of the Legal Aid, Sentencing and Punishment of Offenders Act (LASPO): Access denied? LASPO four years on.

Law Society president Robert Bourns today said: “Four years ago, LASPO was implemented and hundreds of thousands of people who were eligible for legal aid on one day (31 March 2013) became ineligible the very next.”

LASPO introduced changes to the scope, eligibility and the rates paid for work, and resulted in significant cuts to legal aid spending.

Four years on, the Law Society has conducted a review of the legal aid changes in LASPO. The report focuses on the impact of the civil legal aid cuts on the ability of citizens to defend and enforce their legal rights.

The report also suggests that legal aid cuts have actually increased pressure on wider public services, due to growing numbers of people representing themselves in court, and escalating legal problems due to the removal of legal aid for early advice. 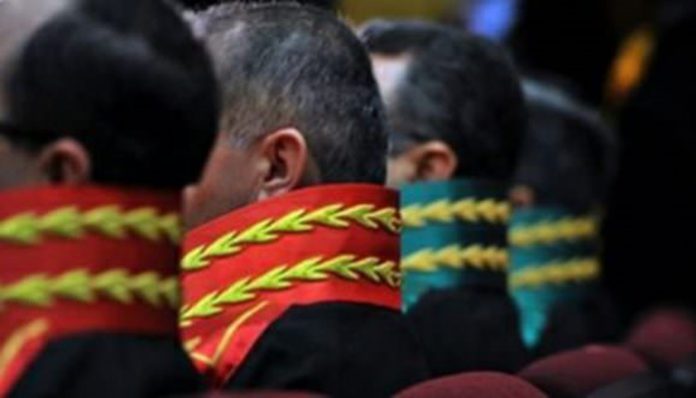 The first chamber of Turkey’s Board of Judges and Prosecutors (HSK) has replaced 780 judges and prosecutors with a summer decree, the Diken news website reported on Tuesday.

According to the report, the presiding judge of a high criminal court in Manisa’s Akhisar district, Aytaç Ballı, who was hearing the trial into Soma mining disaster, was also replaced just before a hearing of the trial.

In Soma coal mine, 301 workers lost their lives after an explosion in May, 2014.

The replacement of Ballı who was about to give the final verdict in the Soma trial sparked criticisms.

The name of the Supreme Board of Judges and Prosecutors (HSYK) was changed to HSK and the number of its members was dropped to 13 from 22 after a constitutional referendum on April 16 declared the “yes” campaign as the winner with 51.4 percent of the votes, paving the way for the country to shift to an executive presidency.

The Turkish government is being widely criticized for taking the judiciary under its control and imposing pressure on its members to make politically motivated decisions. The government has removed thousands of judges and prosecutors from their posts on coup charges since the failed coup attempt on July 15, 2016.

L4L is concerned about the trial against Oleg Volchek, a prominent human rights lawyer and director of the non-governmental organisation Pravovaya Pomoshch Naseleniyu (Legal Aid to Population). Tomorrow, a hearing has been scheduled about Oleg Volchek’s complaint about procedural violations and his conviction in absentia on 2 May 2017.

On 17 February 2017, Oleg Volchek participated in a demonstration in Minsk. Another demonstration took place on March 15. Through these peaceful protests, participants called on the authorities to withdraw Presidential Decree No 3 on the ‘Prevention of Social Dependence’. This Decree targets and imposes a tax of around USD 250 on Belarusians who have worked less than half a year and are not registered at the country’s labour offices. A few weeks after the demonstrations, Oleg Volchek was charged with ‘participating in unauthorized peaceful assembly’ and on 21 March 2017, sentenced to thirteen days’ imprisonment by the Frunzensky District Court. That same day, he issued a complaint and requested a re-investigation. On 31 March 2017, the Minsk City Court dismissed Oleg Volchek’s conviction and ordered the Frunzensky District Court to re-investigate the case against him.

According to our information, in June 2017, Oleg Volchek’s lawyer was informed that the Frunzensky District Court of Minsk city reissued the guilty verdict against Oleg Volchek and sentenced him to thirteen days’ imprisonment. Prior to that, on 2 May 2017, this Court had held a hearing on the results of the reinvestigation and found Oleg Volchek guilty of participating in an unauthorised peaceful assembly.

Three years ago Maliha, 24, was sitting in a park in western Afghanistan with the man she thought was the love of her life.

The pair were planning a future together, but that future was cut short in a brutal instant.

Suddenly, police officers barged into the park in the city of Herat and arrested the couple.

Maliha was accused of maintaining an illicit relationship, which in the eyes of Islamic law is a criminal act. At the police station, her companion called his family, bribed the police and disassociated himself from her.

“He deserted me like he never knew me,” said Maliha said. “They informed my family about the incident and my involvement with a man. My father disowned me immediately and threatened to kill me if I ever approached him.”

Maliha was convicted of being a prostitute and spent more than three years in a women’s prison, sharing a cell with women convicted on similar charges.

Wardens at the prison came to the cell and harassed, beat and sexually assaulted the women, she said.

“We were branded as cheap and filthy women. Some nights I heard girls shouting…the prison officers were taking them out and sexually abusing them,” she said. “I was so scared that I hardly ever bathed as it could attract attention towards me.”

Maliha herself was abused one day when a man arrived claiming to be a lawyer. She was shown into a room with him where he tried to rape her. She was badly beaten when she resisted.

Her suffering continued until a woman lawyer and women’s rights activist, Mahdis Doost, stepped into help her.

Afghanistan is one of the most dangerous countries to be a woman or girl in, and a shortage of female police officers and lawyers means women rarely report abuse, rights groups say.

Afghanistan’s roughly 500 registered women lawyers – mostly confined to the big cities of Kabul, Mazar-i-Sharif and Herat, undertake some of the most dangerous jobs in Afghan society.

They help women fleeing domestic violence and forced marriage. Divorce still remains taboo in Afghan society and if a woman wants to get a divorce lawfully, she has to navigate the male-dominated judicial system.

There is a common phrase in Afghanistan which says “a girl should come to her in-laws in a white dress and leave them in a white shroud,” said Fereshta Karimi, another women lawyer working in Herat.

Among Afghanistan’s women lawyers, only a few actually dare to practice in court. Doost, who represented Maliha, is one of them.