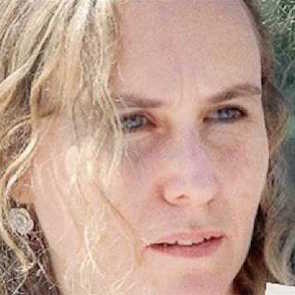 On 17 July 2017, human rights lawyers Viviana Beigel and Pablo Salinas Cavalotti received additional threatening messages on their personal Facebook accounts. Since 24 June 2017 the couple have been receiving messages containing threats due to their work related to the right to truth, justice and accountability for human rights violations.

Viviana Beigel and Pablo Salinas Cavalotti are human rights lawyers who are specialized in defending victims of crimes against humanity committed during the Argentinian dictatorship. They are also part of the Movimiento Ecuménico por los Derechos Humanos – MEDH (Ecumenical Movement for Human Rights) in the region of Mendoza, and members of the Human Rights Institute at the National University of Cuyo. Both human rights defenders have written several books regarding violations and punishment for perpetrators of crimes against humanity in Argentina.

Mexico: UN experts call for an independent and impartial investigation into the use of spyware against rights defenders and journalists

A group of United Nations experts* today called on the Government of Mexico to carry out a transparent, independent and impartial investigation into allegations of monitoring and illegal surveillance against human rights defenders, social activists, and journalists.

The experts’ call comes a month after civil society organizations and the international media revealed allegations that the Mexican authorities deployed a spyware called ‘Pegasus’ to hack and monitor the mobile phones of people involved in the investigation and denunciation of cases of corruption and serious violations of human rights during 2015 and 2016.

“The allegations of surveillance, which represent a serious violation of the rights to privacy, freedom of opinion and expression, and freedom of association, are highly concerning and are evidence of the hostile and threatening environment that human rights defenders, social activists and journalists face in Mexico today,” the experts said.

The Executive Secretary of the Inter-American Commission on Human Rights and some members of the Interdisciplinary Group of Independent Experts (GIEI), appointed to take part in the investigation into the disappearance of 43 students from Ayotzinapa, are also said to have been affected.

China: Lawyer under investigation for negative comments about Party, govt

The Hangzhou Lawyers Association announced Monday that it is investigating one of its members after receiving complaints about his “negative comments regarding the Party and the government.”

Wu Youshui, the lawyer from the Bijian Law Firm based in Hangzhou, East China’s Zhejiang Province posted a photo of the association’s notice to his WeChat public account Monday and rejected the allegations against him.

The notice he posted claims that the investigation was sparked by a complaint made to the association by a netizen on July 11 who claimed that “Wu has constantly posted negative comments about the Party and the government on his Sina Weibo, which has exerted a negative social inmpact and marred lawyers’ professional image.”

The notice claimed that the complainer asked the association to punish Wu based on “the relevant regulations.”

The association has demanded Wu submit a written defense, according to the notice.

Regulations passed last year say lawyers should not incite discontent with the Party or government on the Internet.

According to a new report of the Sudanese Rights Group Huqooq, the violations of human rights in the country remain alarming.

In its report released today [attached below] about the human rights situation in Sudan in June, Huqooq documented violations in Khartoum, White Nile state, eastern Sudan, and Darfur.

The rights violated include freedom of expression, peaceful assembly, and freedom of association, the report reads.

Use of excessive force, arbitrary arrests, torture and other ill-treatment in detention were committed by members of the National Intelligence and Security Service (NISS), the police, the public order police, and the newly formed university police.

In Port Sudan, policemen beat, insulted, and detained lawyer Salwa Abdelhameed on 1 June, when she visited the El Awsat police station for a follow-up concerning a client. When she protested being called ‘you woman’, policemen slapped her, “kicked her with their boots, and punched her on her face, stomach, and back, and insulted her with indecent language”. When she wanted to file a complaint, she was detained in a police cell until the next day.

PBC Vice Chairman Ahsan Bhoon said that report of Panama’s JIT had proven PM Nawaz and his family members guilty of corruption. Therefore, he said, he had lost his justification to remain in office.

He expressed these views while addressing a press conference which was attended by the council’s office bearers and many other lawyers.

Ahsan also requested the court for action against government’s ministers for using derogatory and threatening language against JIT members and SC judges.

He announced that the lawyers would observe countrywide strike across the country on Wednesday (today) to press their demand of PM’s resignation. He also announced that he would host an all parties’ conference on Panama papers’ case. The six jailed by the Istanbul court pending trial include the director of Amnesty International Turkey and two foreign nationals. The court released four activists on bail, conditional on signing in at a police station three times a week and with a ban on overseas travel.

“It’s outrageous that a Turkish court jailed six human rights activists in a politically motivated effort to silence their work defending the rights of ordinary people,” said Hugh Williamson, Europe and Central Asia director at Human Rights Watch. “After a smear campaign by pro-government media and harsh comments by President Erdoğan the court accepted the prosecutor’s case of aiding a terrorist organization without a shred of evidence against them. This ruling is a profound injustice.”

The Supreme Court today directed the CRPF to provide security to the family of Irom Roger, who was shot dead by Manipur chief minister N. Biren Singh’s son Ajay Meitei in 2001, while transferring to Gauhati High Court an appeal filed by the family.

The court entrusted the family’s security, earlier provided by Manipur police, to the CRPF to ensure free and fair appeal proceedings in Gauhati High Court.

Later in the day, while passing a formal order, the bench, which also comprised Justice L. Nageswara Rao and Justice Navin Sinha, asked the inspector-general of CRPF, Manipur and Nagaland zone, to prepare an “assessment report” (of the threat to the family and the two others) and place it before the court. The court passed the directions while dealing with a petition filed by the family complaining about the threat to their lives at the alleged behest of the chief minister. In their petition, they claimed that such was the threat and pressure mounted on them that no lawyer was ready to represent them. It was alleged that Bains, who had flown to Manipur to file an appeal in the state high court in the case, was threatened.

Ajay had shot dead Roger on March 20, 2011, after the deceased had reportedly not allowed the convict to overtake him in his SUV. Biren Singh was the sports minister in the previous Congress government at that time.

UAE/Prix Ludovic Trarieux: Call for the release of Dr. Mohammed Al-Roken, Emirati lawyer and former member of the UIA

The UIA invites you to support Dr. Mohammed Al-Roken, by signing an open letter to the Emirati government drafted by the International Centre for Justice and Human Rights (ICJHR) and calling for his release (see below).

Dr. Mohammand Al-Roken is a prominent Emirati human rights lawyer, former President of the UAE’s Jurists Association and former member of the UIA.

He was arrested as part of a wave of mass arrests that began in March 2012.

In July 2013, after a trial that was qualified as arbitrary by observers, Dr. Al-Roken was sentenced to 10 years of imprisonment, of which 3 were in probation for “establishing an organization that aims at overthrowing the government”, a charge he denied in court. He was also banned from practicing law.

Dr. Mohammed Al-Roken has devoted his life to the defense and promotion of the human rights and fundamental freedoms of others, emphasizing their universal essence and indivisibility.

Due to his human rights work and his defense of lawyers and political activists of all backgrounds, over the  past 10 years Dr. Mohammed Al-Roken was the target of continual harassment and surveillance proceedings. He has been arrested and detained several times, subjected to a travel ban, and also subjected to enforced disappearance.

Every name counts, so please add your name and the name of your function/organization by emailing  the ICJHR at icjhr.geneva@gmail.com.

For a detailed description of his case, please see the report below.

Turkey: 13 lawyers given prison sentences of up to 12 years due to Gülen links 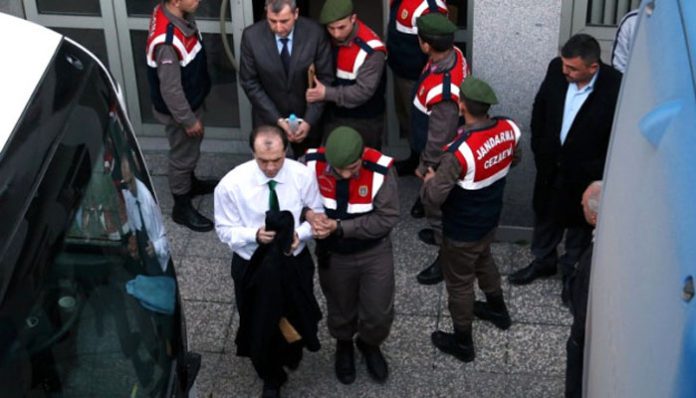 An Eskişehir court has handed down prison sentences varying between 45 months and 12 years to 13 lawyers on charges of membership in the faith-based Gülen movement, accused by the Turkish government of masterminding a failed coup attempt in July 2016, Turkey’s state-run Anadolu news agency reported on Monday.

The court decided to seize the property of one of the suspects who is at large in case he/she does not turn up in 15 days to give his/her testimony.

Turkey survived a military coup attempt on July 15 that killed 249 people and wounded more than a thousand others. Immediately after the putsch, the Justice and Development Party (AKP) government along with President Recep Tayyip Erdoğan pinned the blame on the Gülen movement.

[UPDATED NUMBERS] With the recent dismissal of 7,563 more public officials, the total number of those sacked is now 145,711. #Turkey