Six years after Beijing police raided the offices and key members of the now-defunct Beijing Fengrui law firm, rights attorneys Wang Yu and Wang Quanzhang say their profession no longer really exists in the wake of a prolonged crackdown by the ruling Chinese Communist Party (CCP).

The July 9, 2015 raid on Fengrui and the arrests of Wang Yu, Wang Quanzhang, and dozens of other rights attorneys, law firm staff, and associated activists launched a nationwide operation targeting the profession on an unprecedented scale.

Less than a decade later, attorneys who continue to take on cases deemed politically sensitive by the CCP can expect to lose their business licenses, which are subject to annual review, or are themselves detained, harassed, or sentenced to jail.

Wang Yu, who was honored by the U.S. as an International Woman of Courage (IWOC) this year, was once again held incommunicado in March after failing to attend an online award ceremony.

The award came as she and her husband Bao Longjun were assisting in the case of Niu Tengyu, who is currently serving a 14-year jail term for allegedly posting a photo of Xi Mingze, daughter of CCP general secretary Xi Jinping, to meme site Zhina Wiki, an act that was later blamed by police on Niu’s Vulgar Wiki.

She says there are still multiple restrictions on her daily life, despite having been released in the wake of the 2015 crackdown.

Ahead of the G7 summit in Cornwall, the presidents of the G7 bars have signed resolutions calling on their governments to tackle issues including climate change, the ethics of legal technology and undue interference with the independence of the legal profession.

Although consensus proved elusive at the G7 bars summit on 17 May, chaired by Law Society president I. Stephanie Boyce, one resolution on lawyers at risk gained unanimous approval and a second resolution on guaranteeing continuity of justice in a time of crisis also gained widespread approval.

The presidents and executives of the representative bodies have committed to make efforts to urge governments to:

Alongside resolutions focusing on lawyers at risk and continuity of justice, there was also progress on key areas that will impact the future of the legal profession, most prominently climate change and lawtech.

What was discussed on 17 May?

We proposed four resolutions, alongside a fifth resolution from the Conseil National des Barreux (CNB), focusing on areas that are key for both promoting the work of lawyers and assisting wider society:

These five areas reflect the concerns of the legal profession and wider agenda of the national G7 meeting, with a focus on leading the global recovery from coronavirus, tackling climate change and championing our shared values.

The strongest agreement between the bars was found on the ‘lawyers at risk’ resolution, with all of the seven bars signing the final statement and agreeing to promulgate the resolutions to their governments via the so-called national ‘Sherpas’ (civil servants and diplomats who help guide the leaders of the G7 countries in the leadup to the summit).

UK: Back to basics on protecting lawyers

Not associating lawyers with their clients is a UN basic principle, but this has not stopped the demonisation – often by government – of those in the profession for merely discharging their duties

It is now three decades since a United Nations conference adopted a global set of safeguards for an independent legal profession. The so-called basic principles were adopted at a 1990 conference in Havana (where president Fidel Castro assured delegates that Cuba was ‘virtually free from many forms of contemporary crime’). One of the most treasured of those principles is the statement: ‘Lawyers shall not be identified with their clients or their clients’ causes as a result of discharging their functions.’

This noble sentiment has not prevented the persecution of lawyers across the world for discharging their functions. To take one example, the Turkey campaign group Arrested Lawyers states that, since 2016, 450 lawyers have been sentenced to a total of 2,786 years in prison for alleged involvement in terrorism: in several cases their ‘crime’ was to act on behalf of lawyers already jailed.

The UK should not be too smug: the government continues to reject calls for an inquiry into what it has admitted is strong evidence of security forces collusion in the 1989 murder of Belfast solicitor Pat Finucane.

More recent identifications of lawyers with their clients have involved words rather than violence, but are disturbing nonetheless. Last month the profession was unanimous in its support when distinguished barrister Dinah Rose QC came under attack for accepting a brief to appear in a Privy Council case concerning the legality of gay marriage in the Cayman Islands. Rose pointed out that the Bar Standards Board code expressly forbids a barrister from withdrawing from a case because of external pressure.

All this, of course, is taking place against the background of last year’s party conference jibes by the prime minister and home secretary about ‘lefty lawyers’ acting in asylum claims. The remarks prompted outrage in all branches of the profession, with the bar chair accusing the home secretary of seeking ‘to demonise the very people helping constituents every day, without agenda, simply because they provide a vital public service’.

In a grim reminder of the risks lawyers can face, a man was subsequently charged with an attempted knife attack on a prominent legal aid firm. The case is currently sub judice. 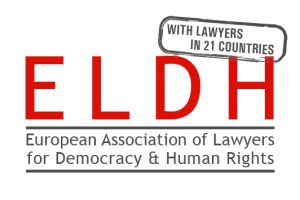 Japanese intellectuals are demanding that a Chinese university end the suspension of a professor who criticized the policy of the Chinese leadership.

Xu Zhangrun, a law professor at Tsinghua University in Beijing, was suspended in March.

It is believed Xu was suspended because he published an article in July last year that criticized the Chinese leadership for eliminating term limits for the state presidency.

In the article, the professor also said the Chinese Communist Party media’s deification of President Xi Jinping has reached a limit.

On Tuesday, academics and other Japanese intellectuals held a news conference in Tokyo to issue a statement demanding the lifting of Xu’s suspension.

The statement says the suspension amounts to a suppression of academic freedom and the freedom of speech.

It also says there will be a bright future in China if intellectuals can pluck up courage, like Professor Xu, to speak up for the truth.

The statement has been signed by 70 Japanese scholars and journalists. They are increasingly concerned about freedom of speech being further curtailed under Xi’s leadership.

30 years after the Tiananmen Massacre: An interview with survivor Zhou Fengsuo

Minds Unfettered and the Rival Spirits of May Fourth

"‘Today, we are all Xu Zhangrun!’
‘今天我們都是許章潤!’
— a remark made to Xu Zhangrun by many of those who visited
the Wang Guowei Stele at Tsinghua Univeristy on 28 April 2019" –one part of a multipart @chinaheritage post on the current steadily deepening chill in Beijing https://t.co/64fUB7BzBH

Xu Zhangrun: ‘One source said that during a night out at the theatre the professor was mobbed by people wanting to shake his hand and get his autograph.’ https://t.co/kVsOD5zbls

Searches for his name return no result on Weibo. Any mention of him in the past year has been scrubbed from Baidu. https://t.co/gLKIGASdjs

"…Norwegian PEN would, in particular, raise the current plight of the Uighur people in Xinjiang and the treatment of the Tsinghua scholar Xu Zhangrun."#SaveUyghur #NoToBeijing2022 #ConcentrationCamps #Uighur https://t.co/iF0FevXyzN

Day of the Endangered Lawyer/China: Translation into Japanese of Petition to Chinese Embassy