The mother of a Chechen rights lawyer and activist has been “kidnapped” in western Russia by Chechen law enforcement a month after dozens of his relatives were detained, an NGO that tracks torture reported Thursday.

The Committee Against Torture said masked men broke into the home of Abubakar Yangulbaev’s family, using brute force against his relatives and lawyers in the city of Nizhny Novgorod.

They did not detain Yangulbaev’s father Saydi Yangulbaev because he is a retired federal judge who enjoys immunity. Footage of the aftermath showed him with a bruised face.

Musaeva is diabetic and was not allowed to take insulin when she was dragged away, the Yangulbaev family said in several interviews with independent Russian broadcasters. They added that she was awaiting coronavirus test results on the day of her detention and may have the illness.

Musaeva “lost consciousness in the stairwell,” the Committee Against Torture said in a post on the Telegram messaging app. “Her life is in real danger.”

It said the men, who introduced themselves as Chechen police officers, detained Musaeva on orders for her and her husband to appear as witnesses in a 2019 fraud case in Chechnya.

The NGO said Nizhny Novgorod traffic police officers arrived at the Yangulbaevs’ home, but left after a “friendly chat” with one of the self-declared Chechen officers.

The regional Federal Security Service (FSB) office did not react to judge Yangulbaev’s report of the kidnapping.

The lawyers in Khyber Pakhtunkhwa on Thursday stayed away from courts to protest the murder of one of their colleagues in Dargai tehsil a day earlier.

The Khyber Pakhtunkhwa Bar Council had given the call for protest after unidentified persons shot dead Zamnir Gul advocate on Wednesday.

Months have passed since the Taliban reclaimed control of Afghanistan amid the chaotic final chapter of the United States’ 20-year war in the country. Yet many thousands of the Afghan citizens who provided critical assistance to Washington and other foreign governments and international organizations over the past two decades now find themselves targeted for this very work, and unable to evacuate. Visa-processing bottlenecks continue to swell as reports of Taliban rights abuses and food shortages proliferate. As many Western governments continue to puzzle over ways to assist, a growing number of private- and public-sector volunteers have risen up in hopes of providing the assistance these Afghan citizens so urgently need.

The Toronto-based firm Cassels, one of Canada’s largest corporate law firms, is taking action by advocating for a group of beleaguered lawyers and legal professionals in Afghanistan—employees of the Kabul-based corporate firm Shajjan & Associates, which had until this month counted the Canadian Government among its clients. The Canadian Government vowed to offer sanctuary to 40,000 Afghan refugees, but progress has been glacial. Cassels and other Canadian firms are endeavoring to offer meaningful assistance where the Government is falling short. To learn more about these efforts, JURIST Features Editor Ingrid Burke Friedman spoke with Kristin Taylor, Managing Partner at Cassels, and Carla Potter, partner and co-chair of the firm’s Corporate Responsibility Committee.

JURIST: How did Cassels get involved in efforts to help Afghanistan’s lawyers after the Taliban regained power?

Taylor: This issue struck a chord with me personally because, like a lot of Canadians, I sponsored a family of refugees from Syria to come here five years ago and they have become a part of my family. 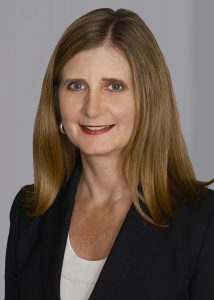 A couple of months ago, I was listening one morning to a news program on the Canadian Broadcasting Corporation (CBC), and the guest was Saeeq Shajjan, a corporate lawyer from Afghanistan. He had recently fled Afghanistan and was discussing his plight. He described having gone through hell to get to Canada, and said he was still very worried for his colleagues.

Given that I had some experience with refugees who have successfully settled in Canada, and the fact that Saeeq is a peer of mine, I thought perhaps I could offer some help. I found him on Twitter and sent him a direct message, making sure to explain who I was and send him a link to the Cassels website so he wouldn’t think I was just some random person. He reached out to me within a couple of hours, and we spoke that afternoon.

Initially, I had intended to offer him advice about settling in Canada—advice on getting accredited to practice law here, getting his kids into school, the sort of things I knew how to do. But it quickly became clear that he wasn’t looking for help himself; he was solely focused on finding help for the people of his firm that he had left behind in Kabul.