Holy See: Statement On The Rule Of Law 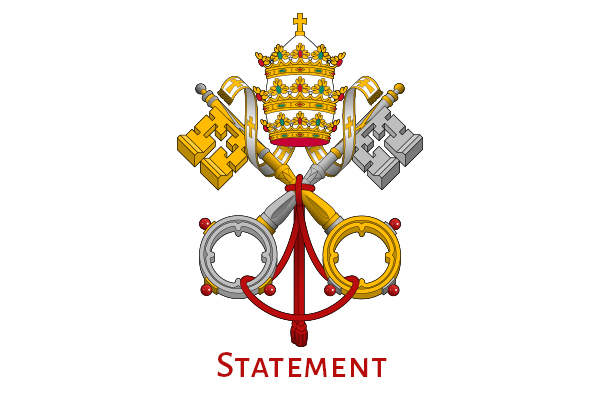 In his January 2019 Address to the Members of the Diplomatic Corps accredited to the Holy See for the Traditional Exchange of New Year’s Greetings, Pope Francis referred to the primacy of justice and law in regulating the relationships between nations. However, it is “troubling,” the Pope said, “to see the reemergence of tendencies to impose and pursue individual national interests without having recourse to the instruments provided by […]  law for resolving controversies and ensuring that justice is respected. [1]

My Delegation welcomes the Secretary-General’s report on strengthening the rule of law activities of the United Nations.[2] The various capacity-building and technical-support projects of this Organization aimed at strengthening the rule of law at the national level are laudable, including the work of building independent justice systems, people-centered security measures; ensuring  accountability for the most serious crimes of international concern; and assuring greater access to justice for marginalized and vulnerable groups, including detainees, indigent persons, refugees, and other displaced persons. Likewise, my Delegation supports the United Nations’ ongoing initiatives to promote the rule of law at the international level. These and other efforts address the call of Pope Francis for respect for law and justice both within nations and in the international community.[3]

Finally, there can be no rule of law unless lawyers and judges are free to uphold it, free from any pressure, harassment, corruption or persecution. My Delegation notes with dismay the continued rise of assaults upon the independence of both “bench and bar” around the world. In this regard, we commend the most recent report of the Special Rapporteur on Lawyers and Judges.[8] We urge that this issue become more prominent in the discussions on the rule of law in this Committee. 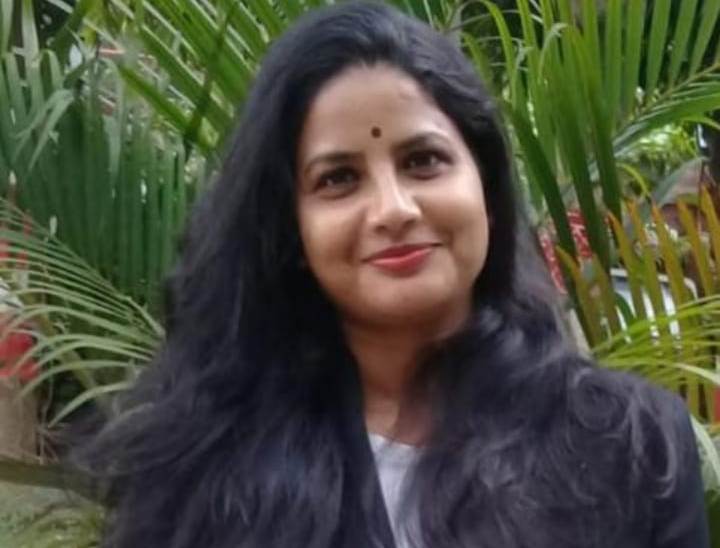 Macau/Portugal: LAWYERS RALLY IN SUPPORT OF MENEZES AFTER TRIAD-LIKE THREAT 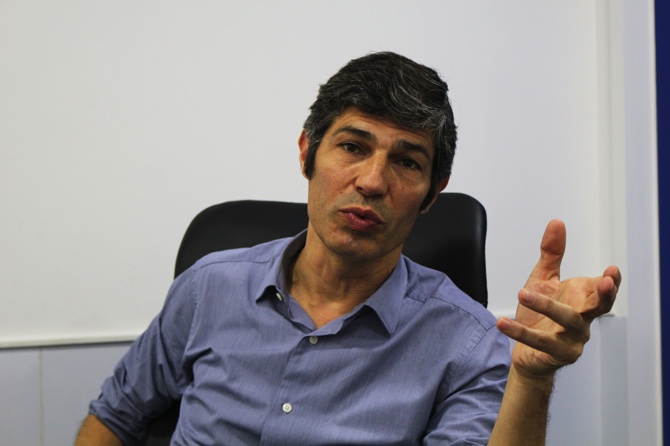 Lawyer Jorge Menezes has appealed to the security forces in both Macau and Portugal to protect his family after they were threatened in a cyberattack that has the hallmarks of triad activity.

Widely viewed as an attack on the legal profession, Macau lawyers are rallying around Jorge Menezes with messages of solidarity.

Last week, the lawyer’s email account was hacked and a message was sent to himself with the negative image of his relative’s resident identity card (BIR) attached. The hacking occurred on the eve of an important trial hearing in Macau and is being interpreted as an attack against Menezes, his family and the legal profession.

Contacted yesterday by the Times, Menezes declined to comment on the emailed threat on the basis that it is now under investigation by the authorities in Macau.

News of the threat was first reported by Hoje Macau, which reviewed a letter sent by Menezes and addressed to Portugal’s Ministry of Foreign Affairs. According to the Portuguese-language daily, additional letters were sent to Macau’s Secretary of Security, Wong Sio Chak, the President of Portugal, the Secretary of State of the Portuguese Communities, and the Consul-General of Portugal in Macau.

In the letter seen by Hoje Macau, dated October 15, Menezes appeals to the government of Portugal to intervene “in the manner that it deems most efficient, with the authorities of the MSAR, so that they act to investigate and, mainly, to prevent the materialization of this threat.”

Lawyers rally in support of Menezes after triad-like threat

Azad, who was taken into custody along with 95 people, has been lodged in Tihar Jail since August on charges of rioting and unlawful assembly. 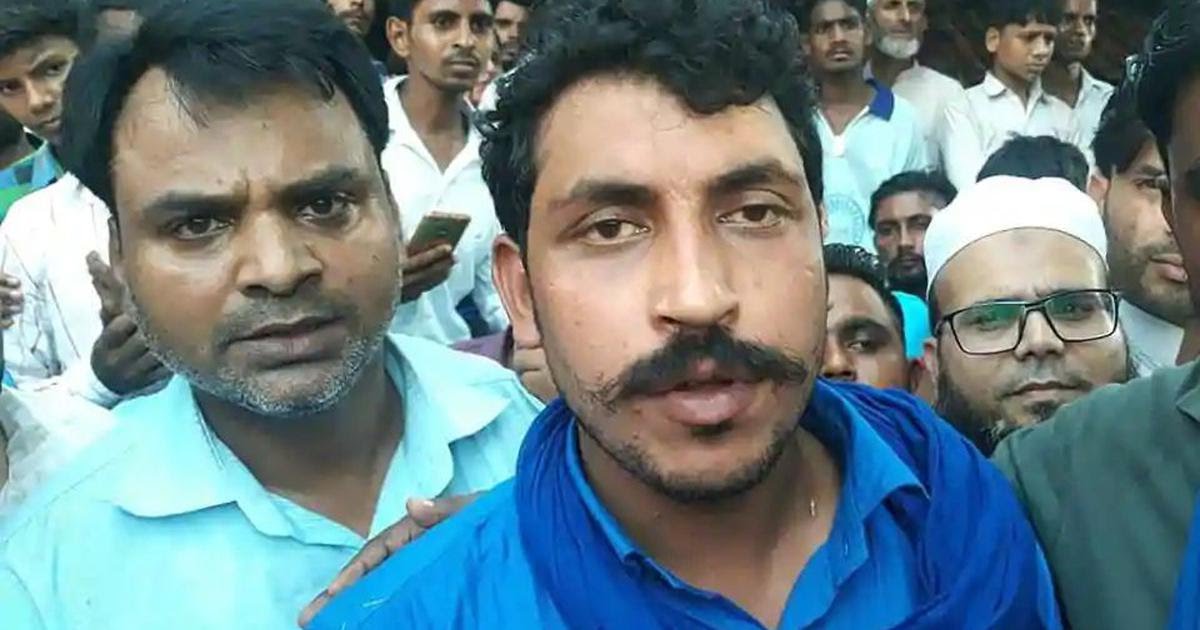 A Delhi court granted bail to Bhim Army chief Chandrashekhar Azad on Saturday, almost two months after he was arrested for protesting against the demolition of a Ravidas temple in Tughlakabad, reported PTI. Azad, who was taken into custody along with 95 people, has been lodged in Tihar Jail since August on charges of rioting and unlawful assembly.

So far, 94 of the 96 Bhim Army members have been released on bail, reported The Indian Express. “Since the co-accused persons have been granted bail, so on the ground of parity Chandra Shekhar is admitted on bail….” the court said.

Additional Sessions Judge Neera Bharihoke granted the relief to Azad on furnishing a bail bond of Rs 20,000 and a surety of the same amount. The court asked Azad not to hamper the investigation or tamper with evidence. It also barred him from the leaving the country without the court’s permission.

Azad and 95 others were arrested On August 21 after clashes broke out between the police and Dalit protestors during a demonstration against the demolition of the Ravidas temple in Tughlakabad locality. The Delhi Development Authority had demolished the temple on August 10 based on the orders of the Supreme Court.

On October 16, the Peace Brigades International-Colombia Project posted, “Thank you very much to [German ambassador Peter Ptassek] and [the German embassy in Colombia] for their support for the work of human rights defenders in Colombia and the work of the victims’ representatives in this difficult context.”

This followed the German ambassador’s tweet that said, “Don’t touch my friend: We act in the protection of fair cause fighters. In this case we support the great work of Germán Romero for more rule of law and defence of victims. That their protection is not symbolic against threats. Thank you [Network of Human Rights Defenders in Colombia] for your visit.”

On October 10, PBI-Colombia also tweeted, “Many thanks to the Embassy [of Norway in Colombia] for its support for human rights defenders of dhColombia with Germán Romero who receives death threats for defending victims of extrajudicial executions and forced disappearances.”

El Espectador has explained that Romero, who represents victims of state agents, received a death threat on October 3 via his landline telephone and that his computer (with sensitive information about his cases) was stolen previous to that.

The same number has called Romero’s landline twice sent then, but they are silent when the telephone is answered.

That article also notes that Romero represents those affected by the Palace of Justice case, the construction of the Hidroituango hydroelectric dam as well as journalist Claudia Julieta Duque (who is accompanied by PBI-Colombia).

ARTICLE 19 calls for the immediate release of human rights defender and lawyer Mahienour El-Masry, who was arrested by Egyptian state security forces without formal charges on 22 September 2019.  Her arrest comes in a month where protestors, journalists, politicians, human rights defenders and lawyers have been arrested in mass crackdown on dissent, and we urge the Egyptian authorities to release all those detained for exercising their right to freedom of expression.

El-Masry’s family reported that she was kidnapped outside the Supreme State Security Prosecution (SSSP) building in Alexandria by three men and forced into a van. She was there in her capacity as a defence lawyer, for the questioning of her colleague and client Amr Nouhan and representing other protestors, who were arrested for taking part in protests earlier in the week. She is currently being held in pre-trial detention on “aiding a terrorist organization” and “spreading false news”.

Legal professionals who witnessed the kidnapping filed a claim with the Egyptian Prosecutor General, which in turn informed them that an arrest warrant had been issued against El-Masry. She has been detained awaiting trial, but the date is yet to be announced. She is currently detained in Al Qanater women’s prison and no date has been set for the investigation to resume.

El-Masry’s family informed ARTICLE 19 that she was questioned by the state security prosecution on 23 September 2019 following her arrest, and has been added to the case number 488/2019, dubbed “the whistles and horns case”, accused of “helping a terrorist group and publishing false news”. The case dates back to March 2019, and relates to terrorism charges brought against a number of protestors involved in a  demonstration in Cairo’s main train station following a fatal accident. El-Masry was not part of these protests. El-Masry remains in Al Qanater women’s prison pending investigation under this case.

Mahienour El-Masry has a long history of human rights activism in Egypt, where she has been arrested and jailed previously for protesting and speaking out on human rights issues. Her arrest and detention is part of an on-going crackdown on dissent in the last month.

"More than 2,300 people – including children, human rights lawyers, journalists and politicians – have been arrested" https://t.co/HU5EeycFBT